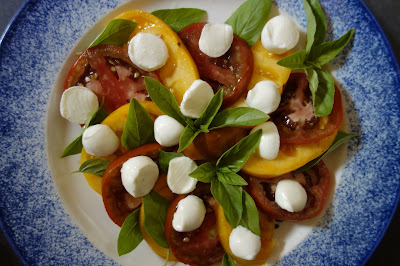 The weather has cooled considerably in the past few days and it rained all day Saturday and Sunday.  Which means I did not get a whole lot done in the garden.  The carrots below were harvested first thing Saturday before the rains started.  They need a lot more time to grow but I wanted some to cook with the parsnips from last week's harvest.  From left to right: Rainbow Mix, Nutri-Red and Nantes.  I'm not sure why the two Nantes have split, it's not exactly rough soil.  But these are only the first four I've pulled of that variety. 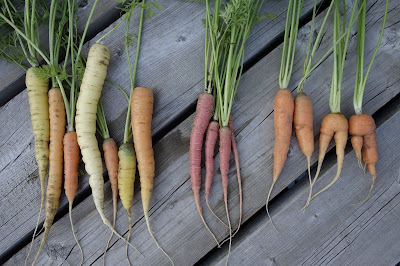 I've harvested a few things which I neglected to take a picture of ... a few more heads of Tiara cabbage and the last of the acorn squash.  Two of the cabbage went to friends and the one I kept was made into a quick slaw to top some of my pulled lamb tacos. 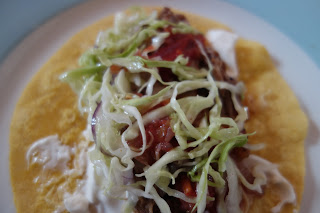 And I picked another huge batch of basil.  But I spent most of my time with the dried beans.  The black beans were picked weeks ago and left to dry.  I finally got around to shelling them last week.  This is the first half ... 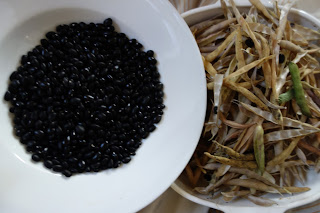 It had been quite rainy by the time I finally harvested them and some had already started to sprout. 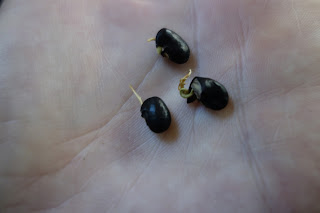 And here is the full harvest of black beans (about 350 grams) along with Tarbais in the upper left (which I also grew last year) and then the Scarlett Runner Beans. 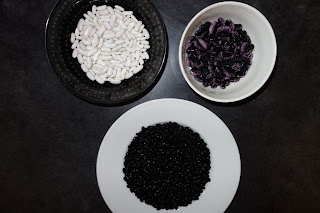 I've never tried Scarlett Runner before ... I think most people grow them as an ornamental, so I think maybe they won't taste very good.  But I'll share my thoughts whenever I get around to cooking them.

And I unfortunately must report my failure with my beloved Borlotti beans.  During a bout of rainy weather a few weeks ago, the bushes fell over under the weight.  I simply didn't get to them in time and lost them to rot.  Many seemed okay and I dried them out, but when it came time to shell them, most had started to sprout inside like some of the black beans and were clearly rotting. 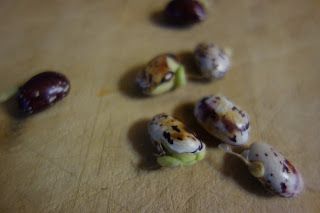 And for anyone who read my last post, you will know that I accidentally harvested this Dickinson pumpkin too early.  I will give it another week or so as I'm not quite ready to cook it up yet, but have no intention of trying to store it.  It will be turned into pies or casseroles very soon, assuming the flesh inside had enough time to mature. 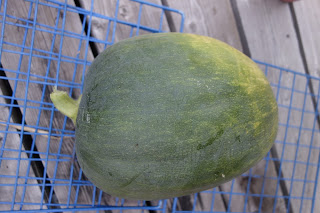 Near end of day Sunday when the rains stopped, I did another walk around and picked some more kale, chard and a few tomatoes.  The brassicas I planted for fall harvests are pretty small so I haven't paid much attention but I found this little broccoli (bottom left of pic) which looked like it was ready to go to flower. 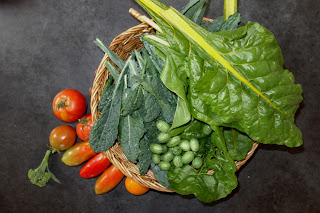 And I went through the crazy mess of the mouse melon plants and found another handful - I'm really loving these! 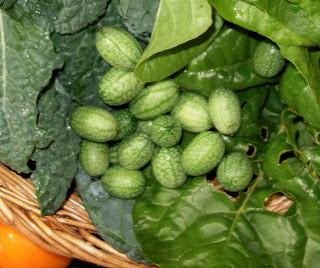 This is my submission for Daphne's Dandelions Harvest Monday collection.  Thanks to Daphne for giving everyone the opportunity to share in the harvests posted from all over the world.