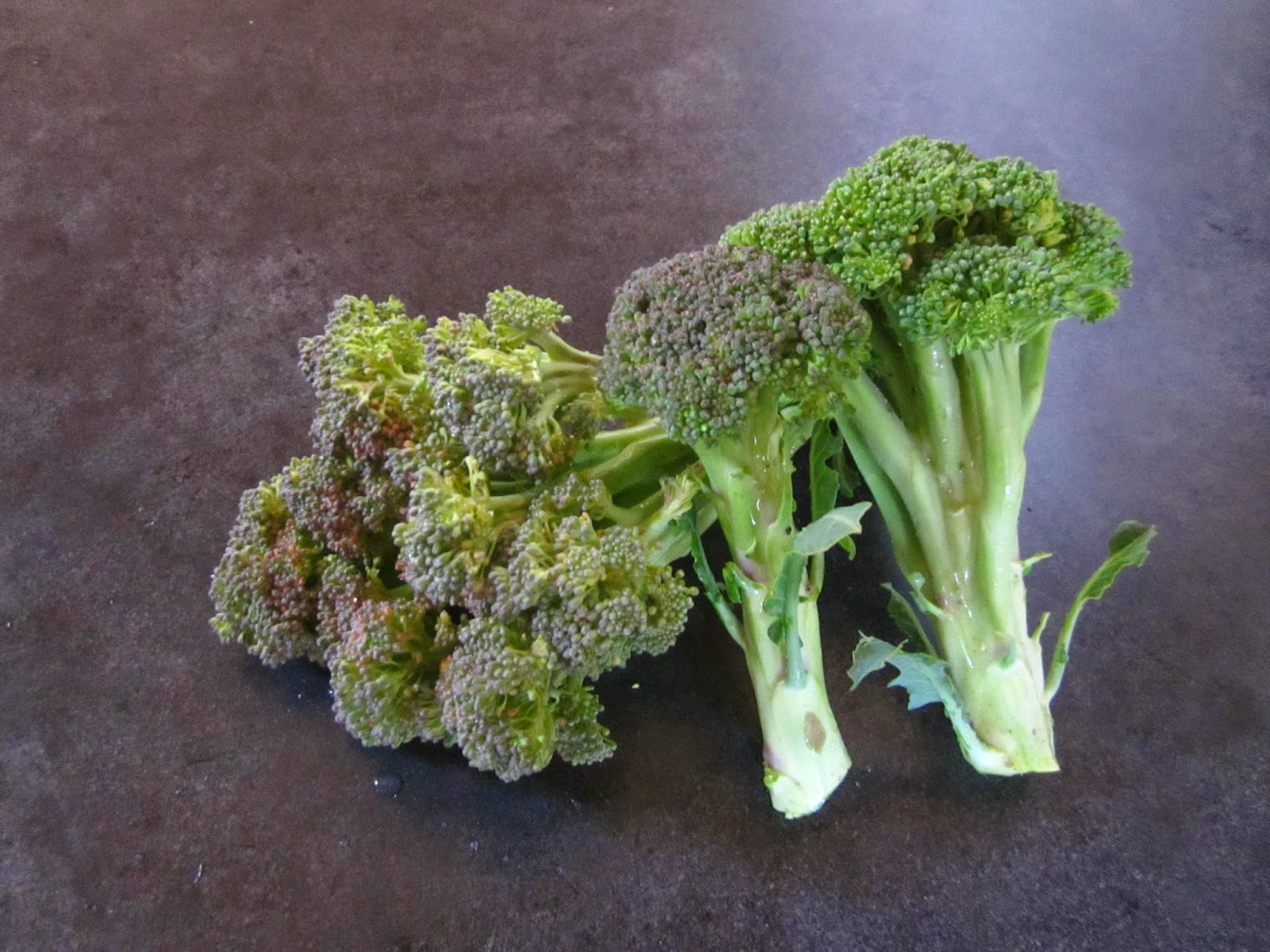 The harvests are surely getting smaller but I have one newcomer this week ... broccoli!  I have had challenges in the past with broccoli bolting in the heat of the summer.  Well, I guess this summer was not very hot because it worked!  I also started them from seed later than previous years for more of a fall crop.  There isn't much here but I have several more heads (if that is what they are called) forming.

And more of the usual ... starting with kale which I used to make kale and ricotta phyllo packets. Also in the basket is another batch of swiss chard which was sauteed with onions and garlic then mixed with strands of spaghetti squash and ricotta for a lovely casserole.

Oh and in the top left corner (sorry bad exposure) is a very tiny amount of coriander seeds pulled off the cilantro plants that had bolted. 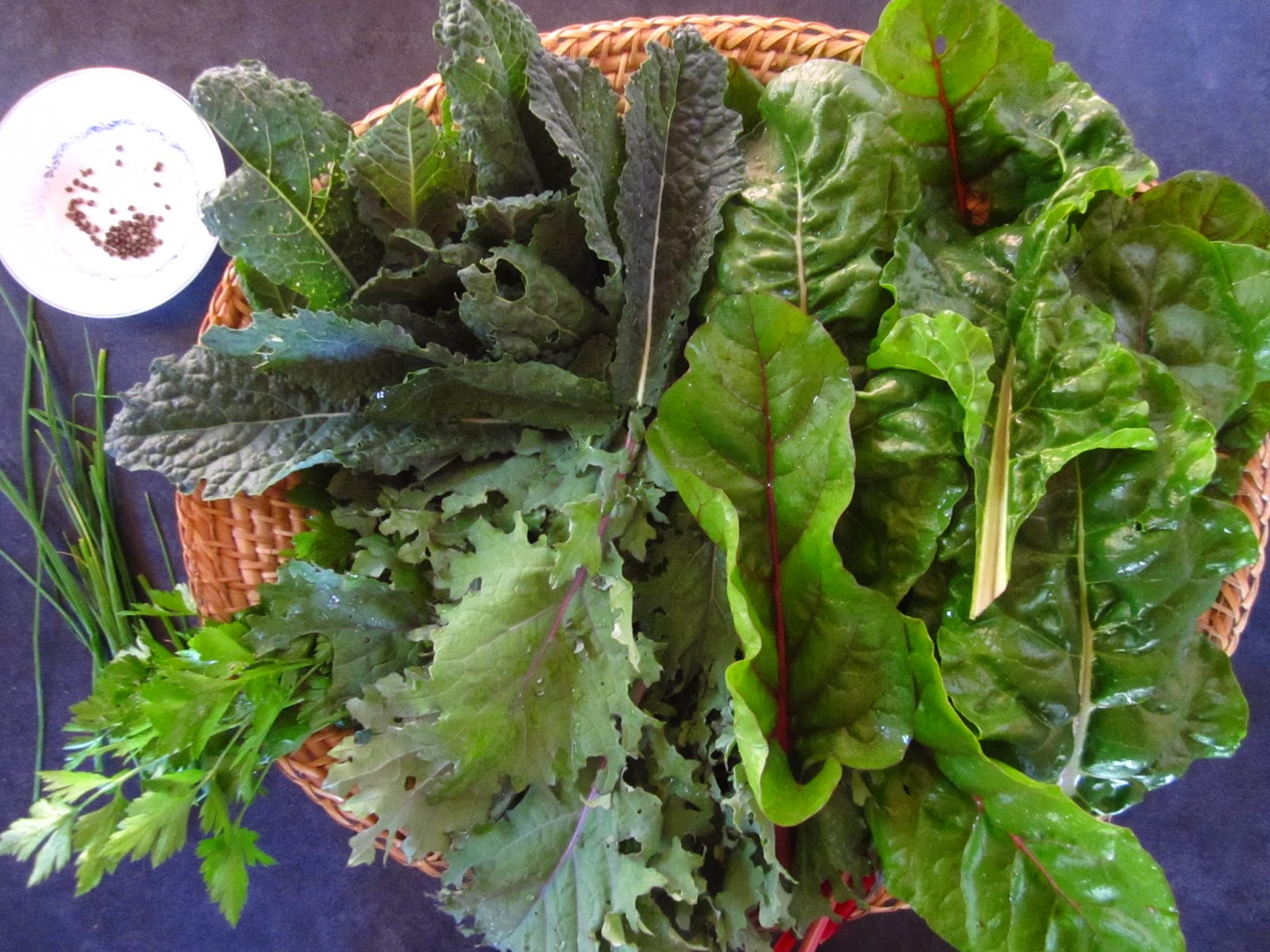 I pulled the rest of the Paris Market Atlas carrots (that is as big as they get folks!) and what was left of the spanish onions. The onions were planted from seedlings that I bought at the local store - not very successful.  I wonder if I can store these to use as sets next year?  I am going to look into that.  They aren't much use for cooking - I would waste half of the onion when removing the outer skin! 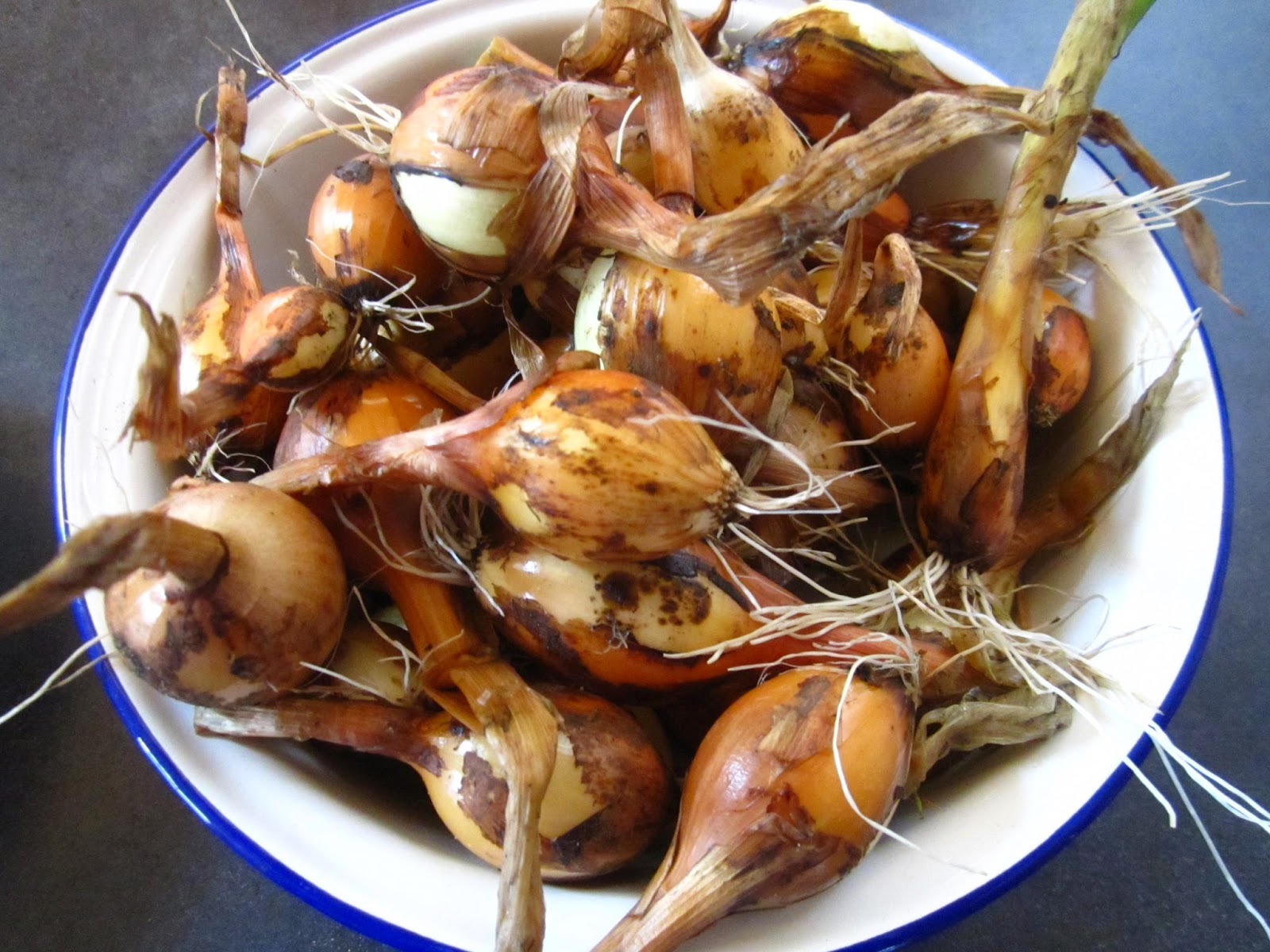 The plum tomatoes here were added to the basket of greenish tomatoes layered in newspaper until ripened.  Then they were cooked with the peppers and some onions from a previous harvest for another jar of pasta sauce to go in the freezer (rosemary was used with a roasted lamb shoulder). 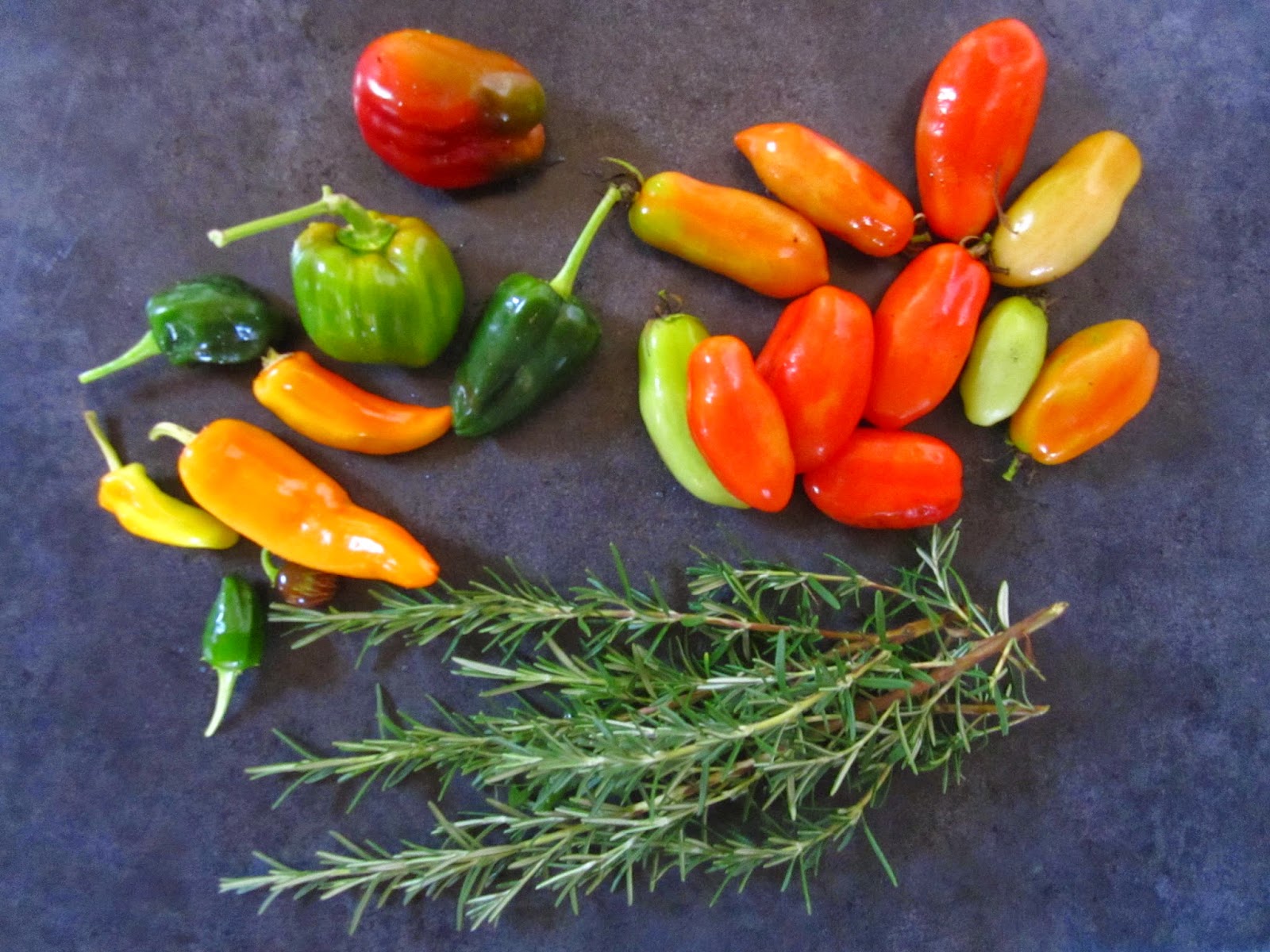 And these are some Tarbais beans (have I posted these before?).  I've slowly been adding to the pile with what few were left after my beans were nibbled in the spring.  There are still some left on the plants but we have some nasty weather in the works here so not sure if they will last much longer. 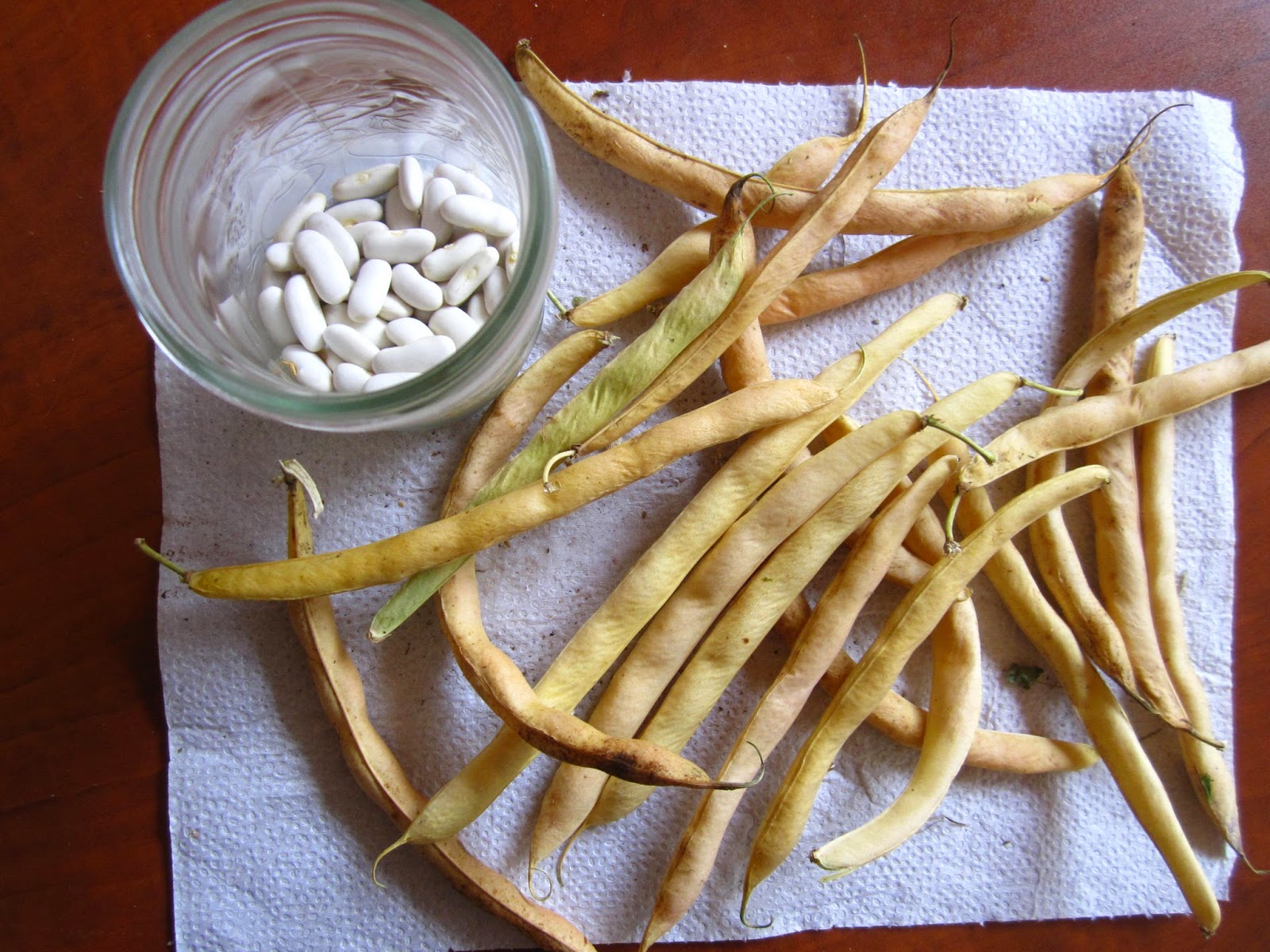 The temperature is supposed to drop to only 2 degrees C this coming Thursday night (Friday morning).  I will try to get everything covered up.  But just in case this next item doesn't make it to harvest, I wanted to share it now.   Drum roll please ...

I have this one plant left in a straw bale that I have been closely babysitting. 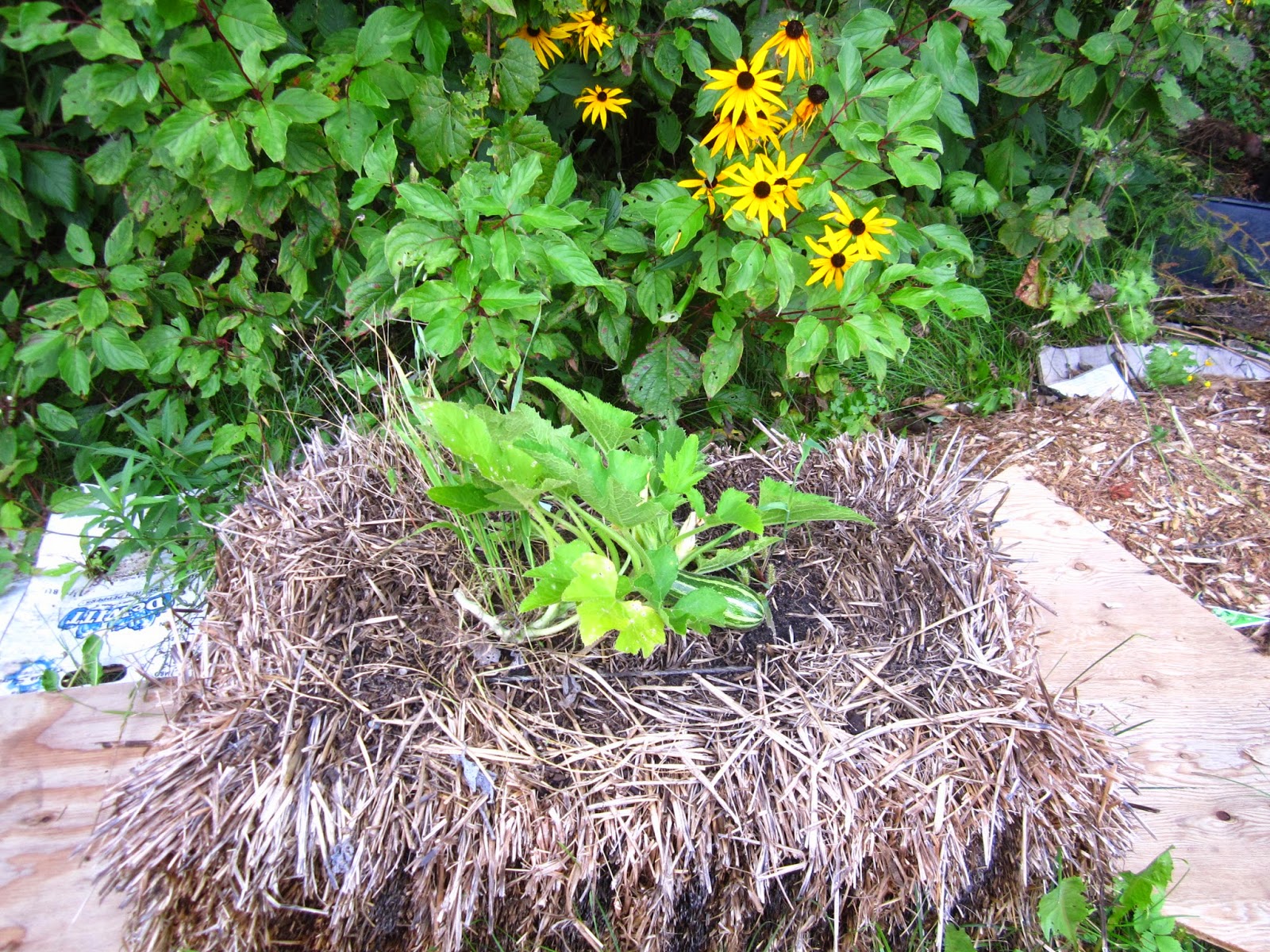 Can you see what is there? 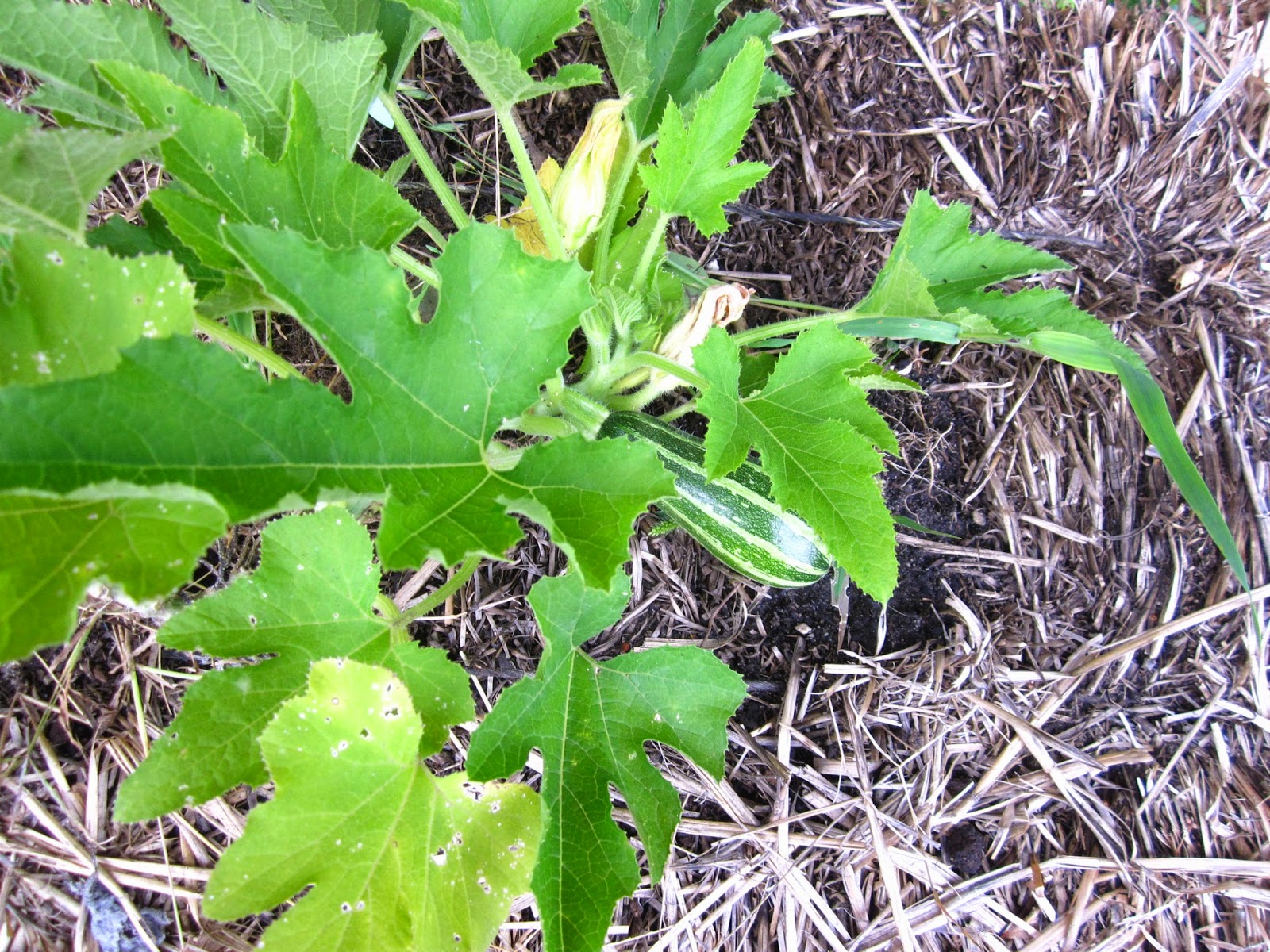 Look a bit closer ... my FIRST and ONLY zucchini for this season!!  But it's only a few inches long so hopefully it will last through this cold snap and I will get to eat it! 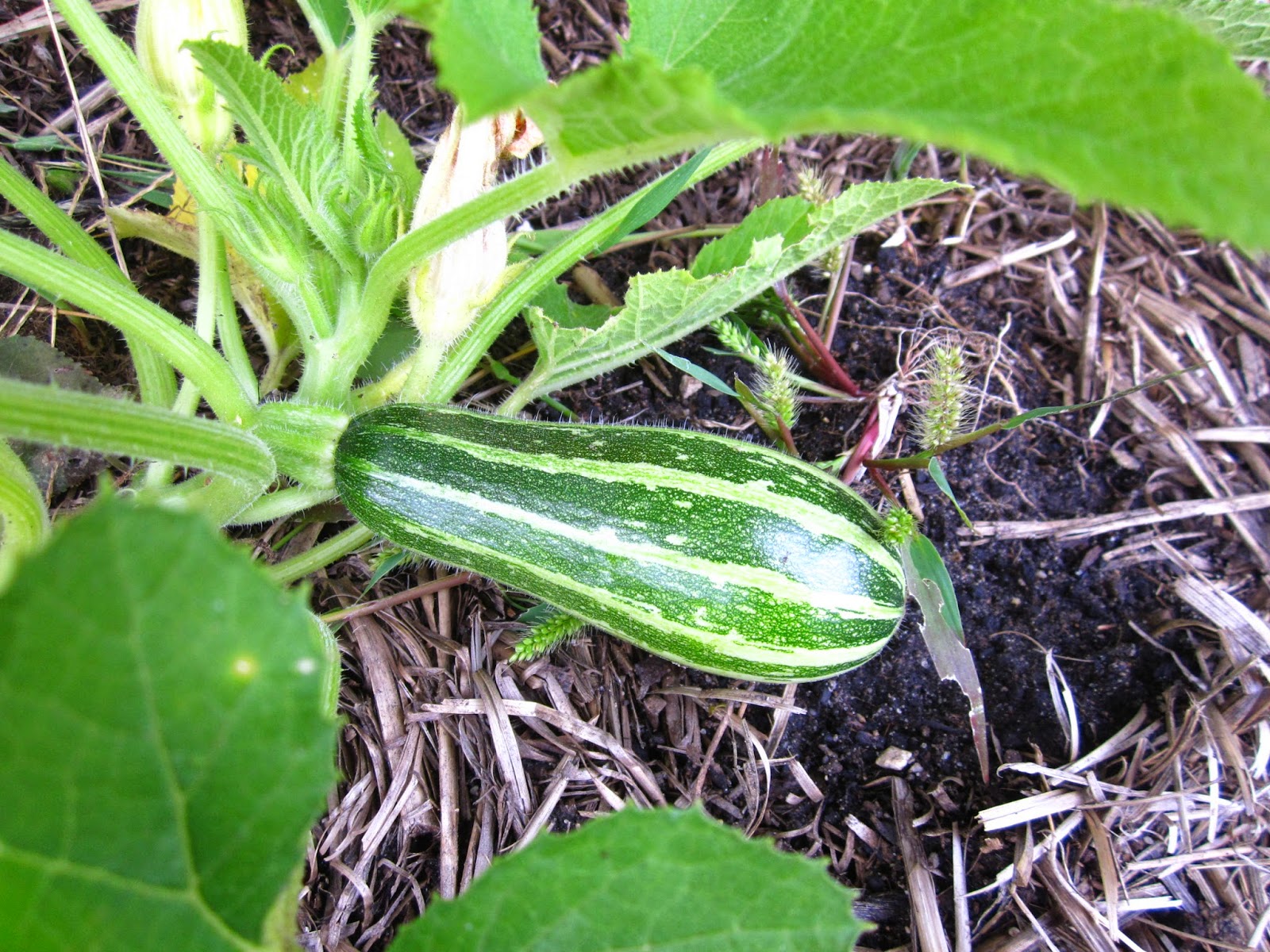 Stop by Daphne's Dandelions, the host for Harvest Monday, to see what everyone else is pulling from their gardens this week.