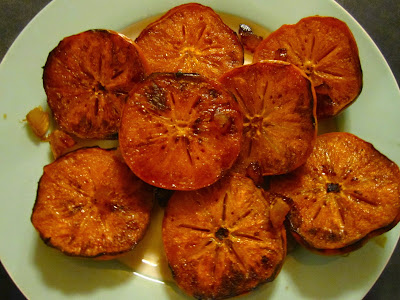 It's persimmon season again!  They don't come around often in these parts so I grab a bagful when I can.  I usually only see Fuyu which are the firmer variety.  Hachiya is the other most common variety that might be found here in Eastern Canada (imported from the U.S.).  Hachiya is very soft and custardy when ripe.

These are Fuyu - even after baking, they retain their shape.  Wonderful served with custard for a simple dessert.  I really like the bite that candied ginger gives to the dish. 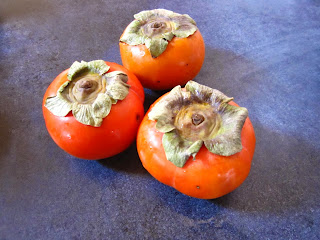 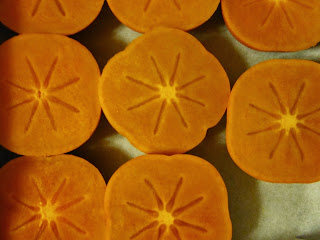 Place persimmons in a 9x9 pan. Combine remaining ingredients in a bowl (boiling water poured in last) and let sit several minutes.  Pour over persimmons.  Cover the dish with tinfoil.


Bake @ 375 degrees F for about 45 minutes.  Halfway through, remove the pan from the oven. Tilt slightly to get at the liquid from the bottom of the pan and spoon it over the persimmons. 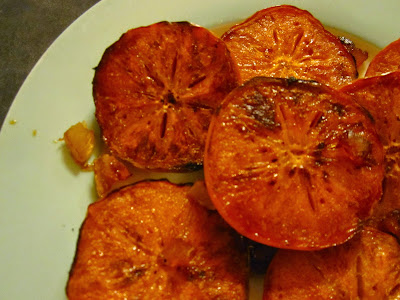 After an hour, remove from oven and spoon any remaining liquid over top.  Remove the cinnamon stick (or it will burn) and keep the tinfoil off. Put under the broiler for 5-10 minutes until the tops have caramelized.  Serve with ice cream, custard or yogurt. Served below with a Tbsp of mascarpone cheese. 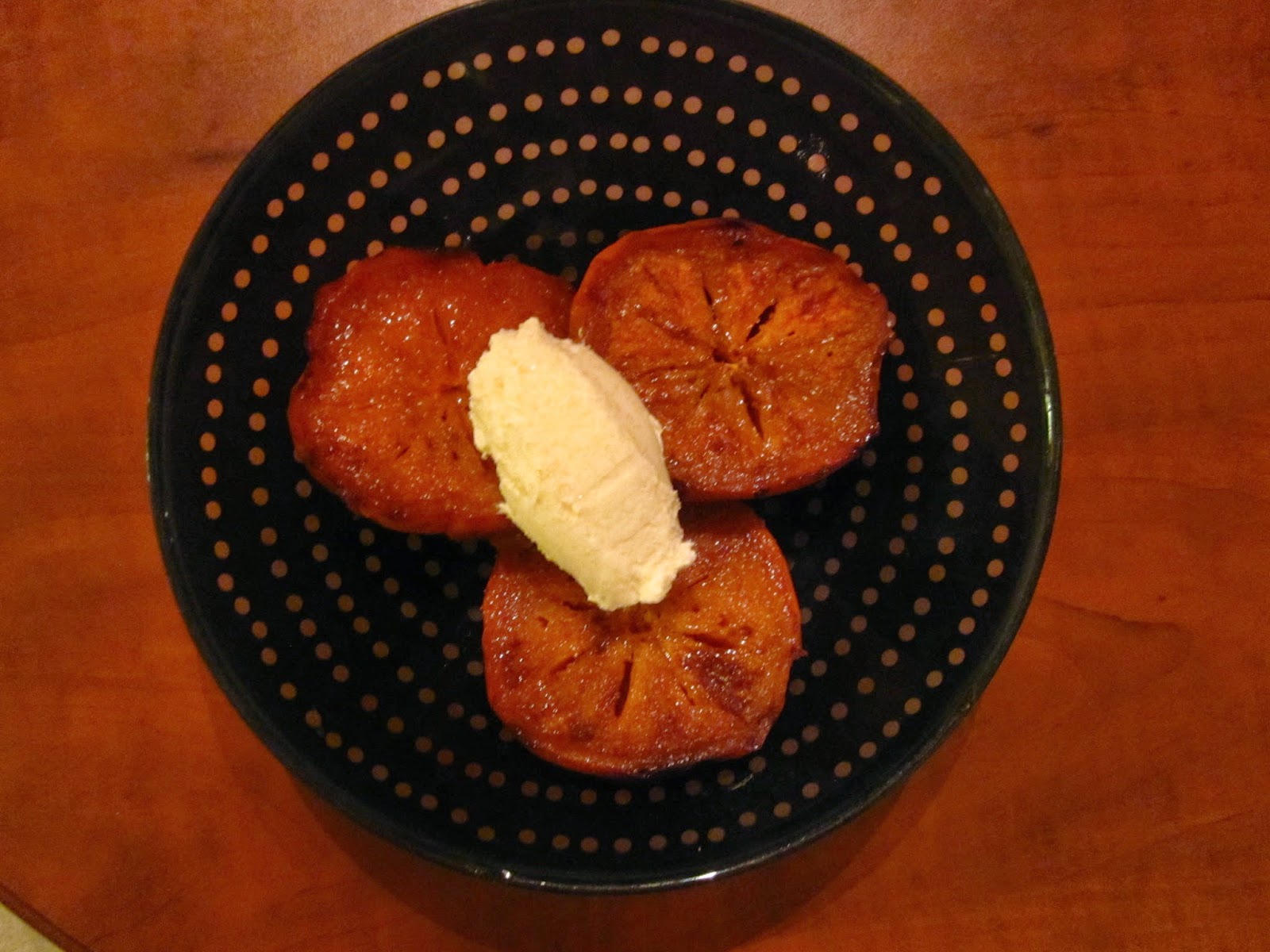