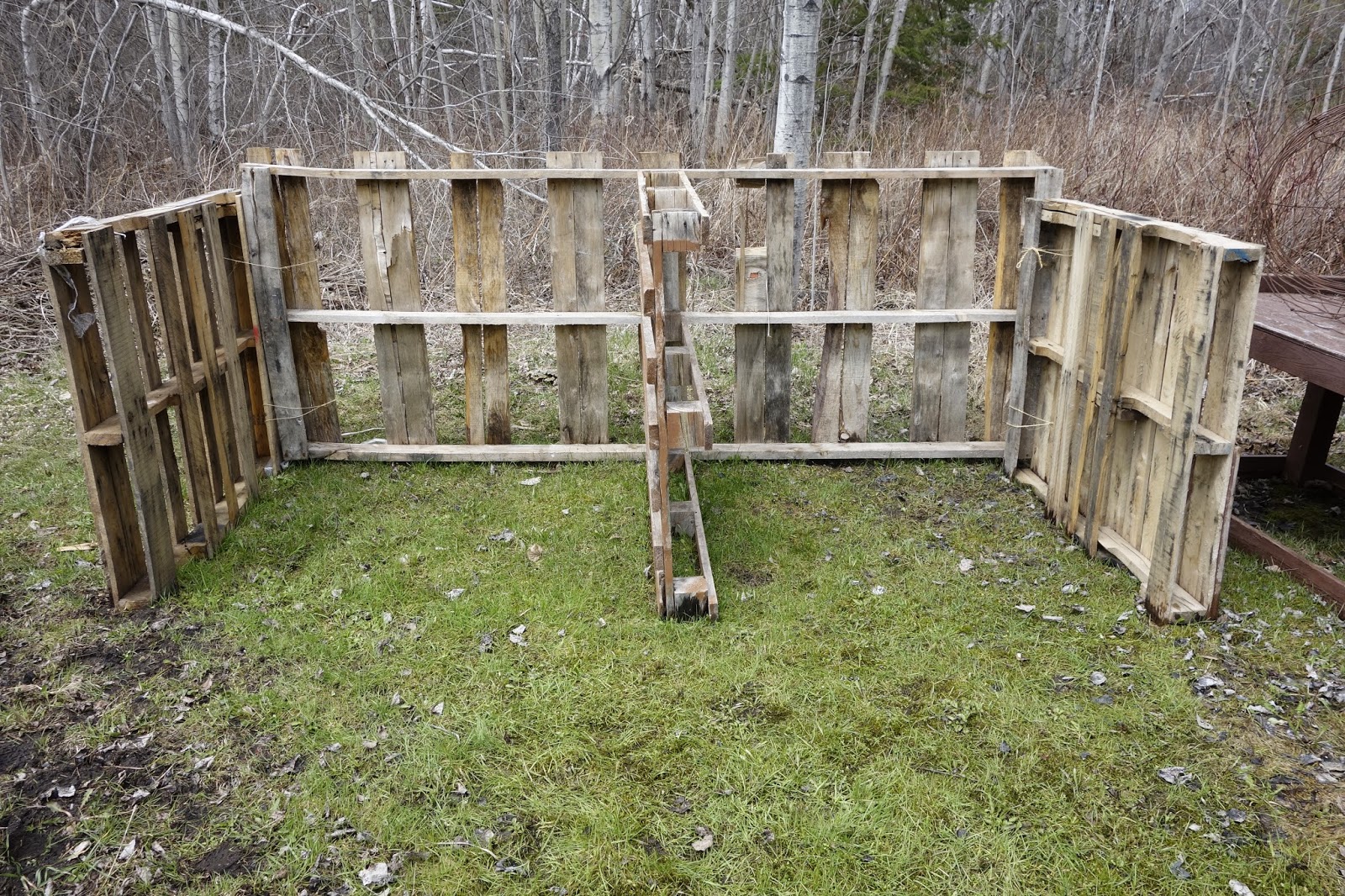 Composting at my place has mostly been limited to food scraps and grass clippings as that is all that could fit into the black composter that I have here (same kind I've had everywhere). 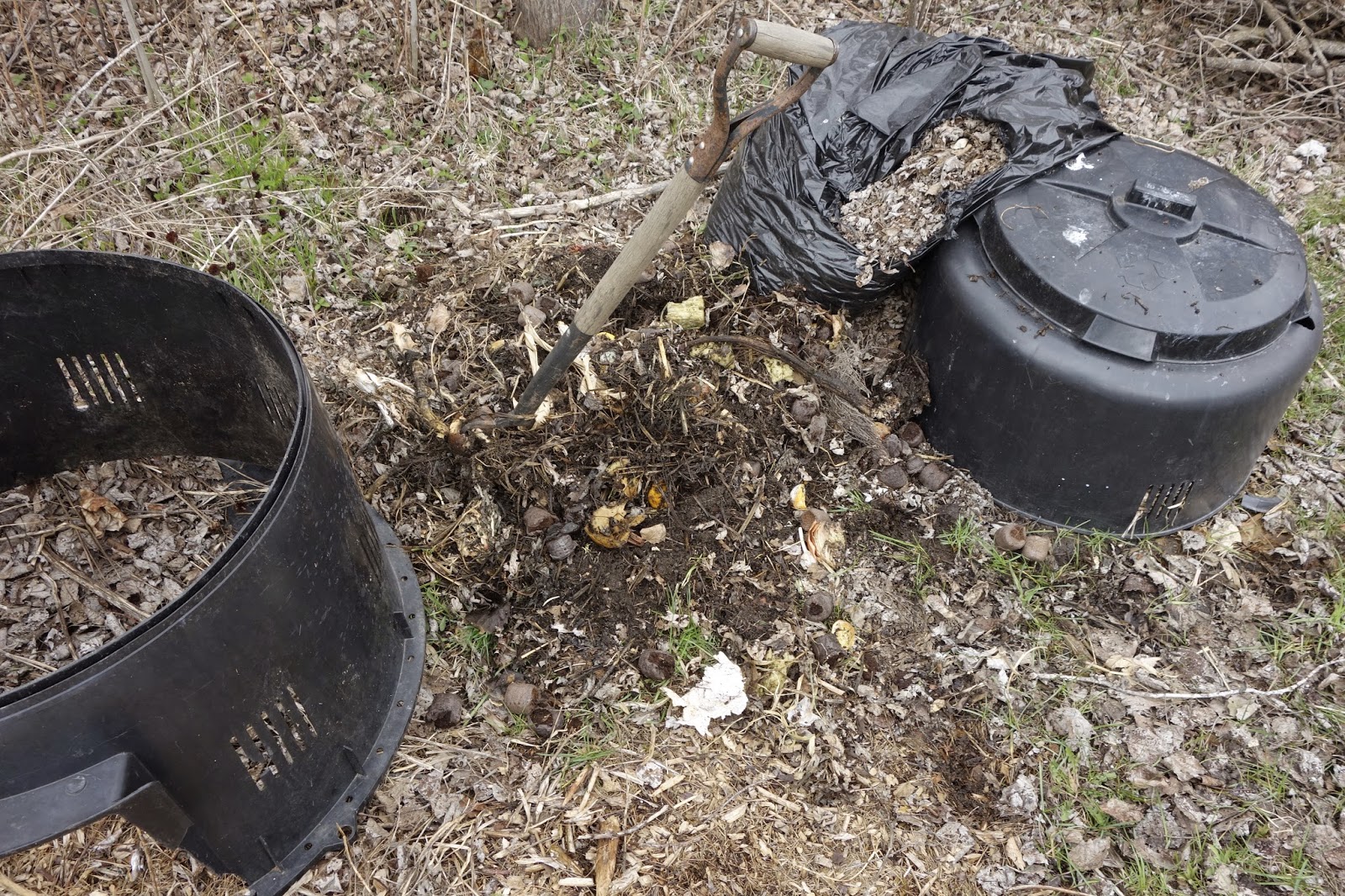 Garden waste such as dead tomato plants after harvesting or other yard waste such as smaller branches and such have generally been tossed into the nearby bushes.  My efforts last summer to clean up the front flower gardens and trim back all the trees resulted in this pile (below) which admittedly is half on my neighbours property (with several acres in between us, I don't think they'll notice).  It has mostly decomposed but it's a bit unsightly. 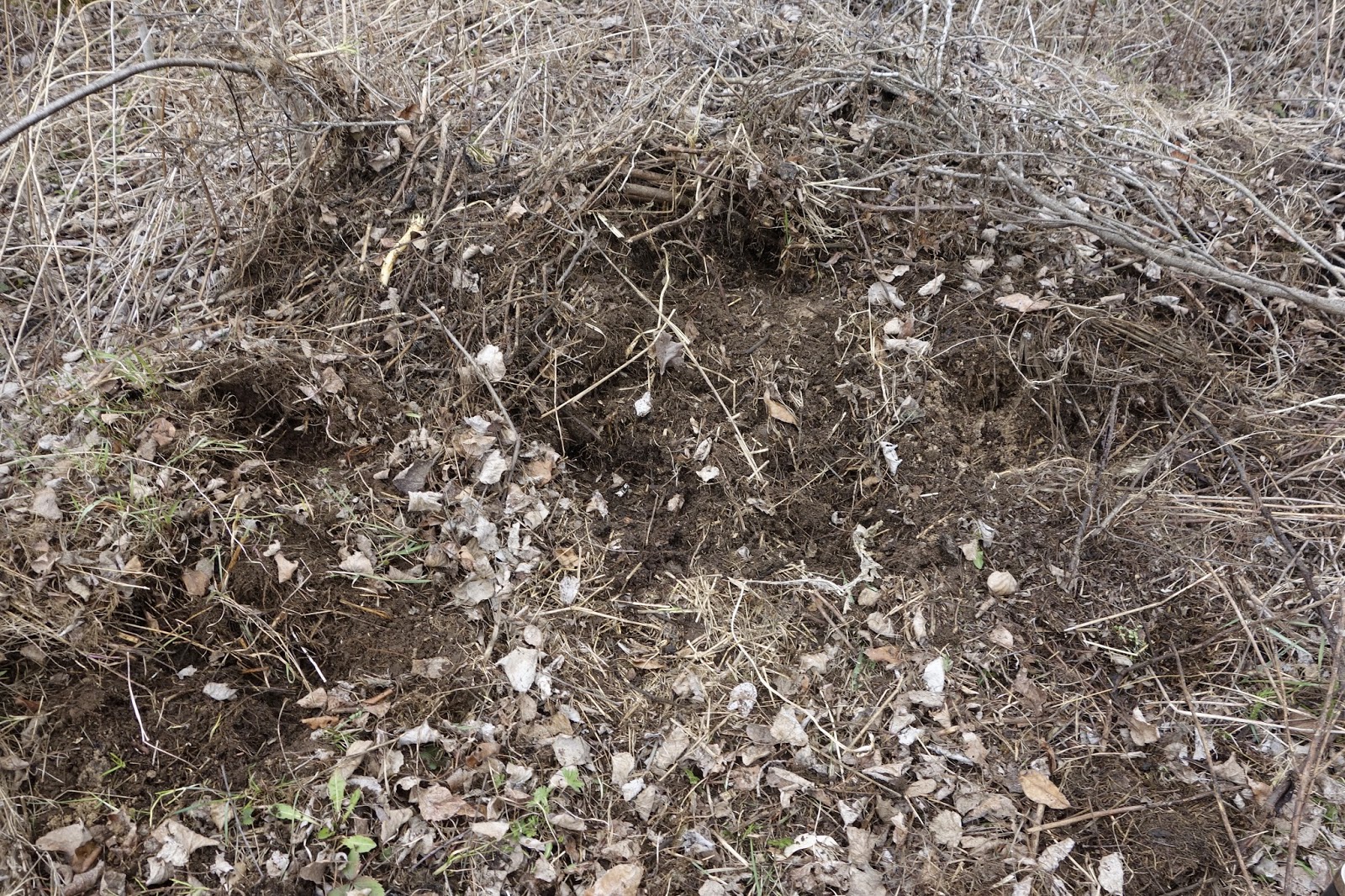 I have wanted a larger compost area for a while.  I have been collecting old pallet skids whenever I could find them for this purpose.  But the perfect back piece arrived with my greenhouse - it was the 10 foot long skid that the greenhouse pieces were shipped on.  The smaller skids were screwed into the ends and middle of the larger back piece and a few stakes have been placed in the ground to solidify it a bit. 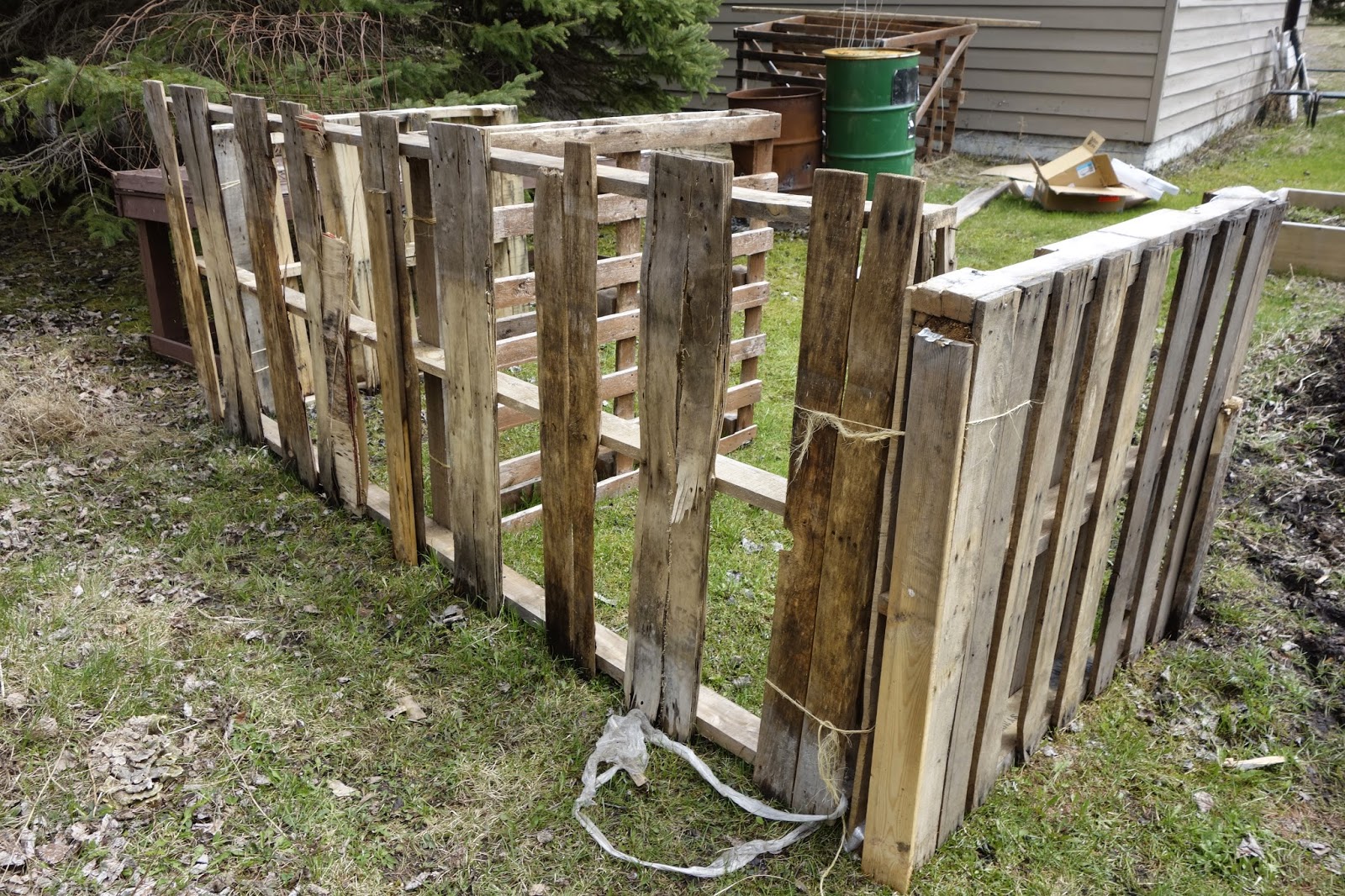 I will likely nail a board in along the front just to "hold things in".  Otherwise, I've left it wide open for now.  I'll see if it becomes a problem with pests but I don't expect it to be any worse than my current spot. 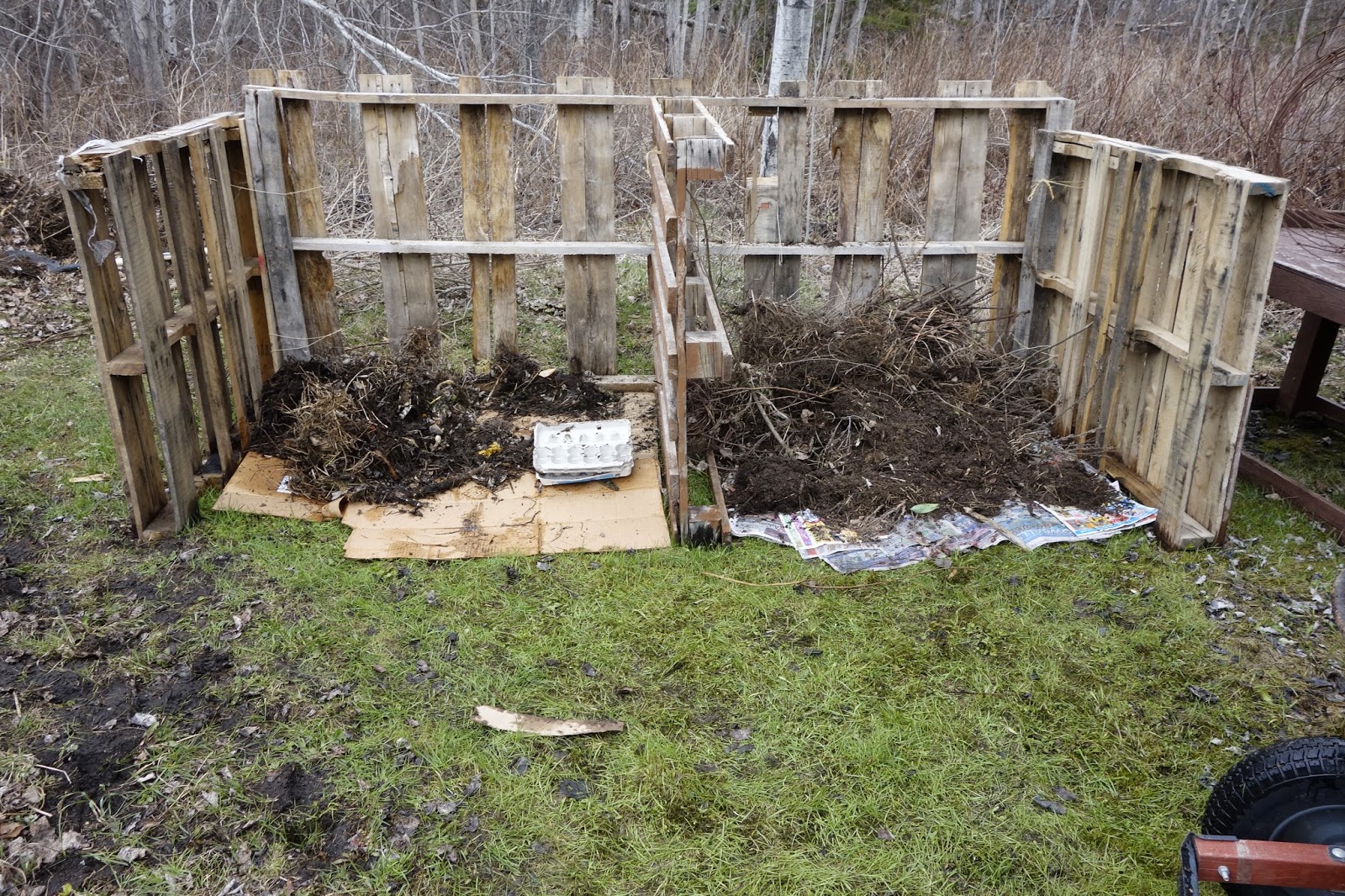 I've been composting just a few feet away with no lid. Well, I had one lid but used the two halves as separate composters so only the smaller one had the lid.  I must have put the lid on with something inside as it managed to chew its way out.  Hmm.  But it's mostly just mice, voles, chipmunks and such. 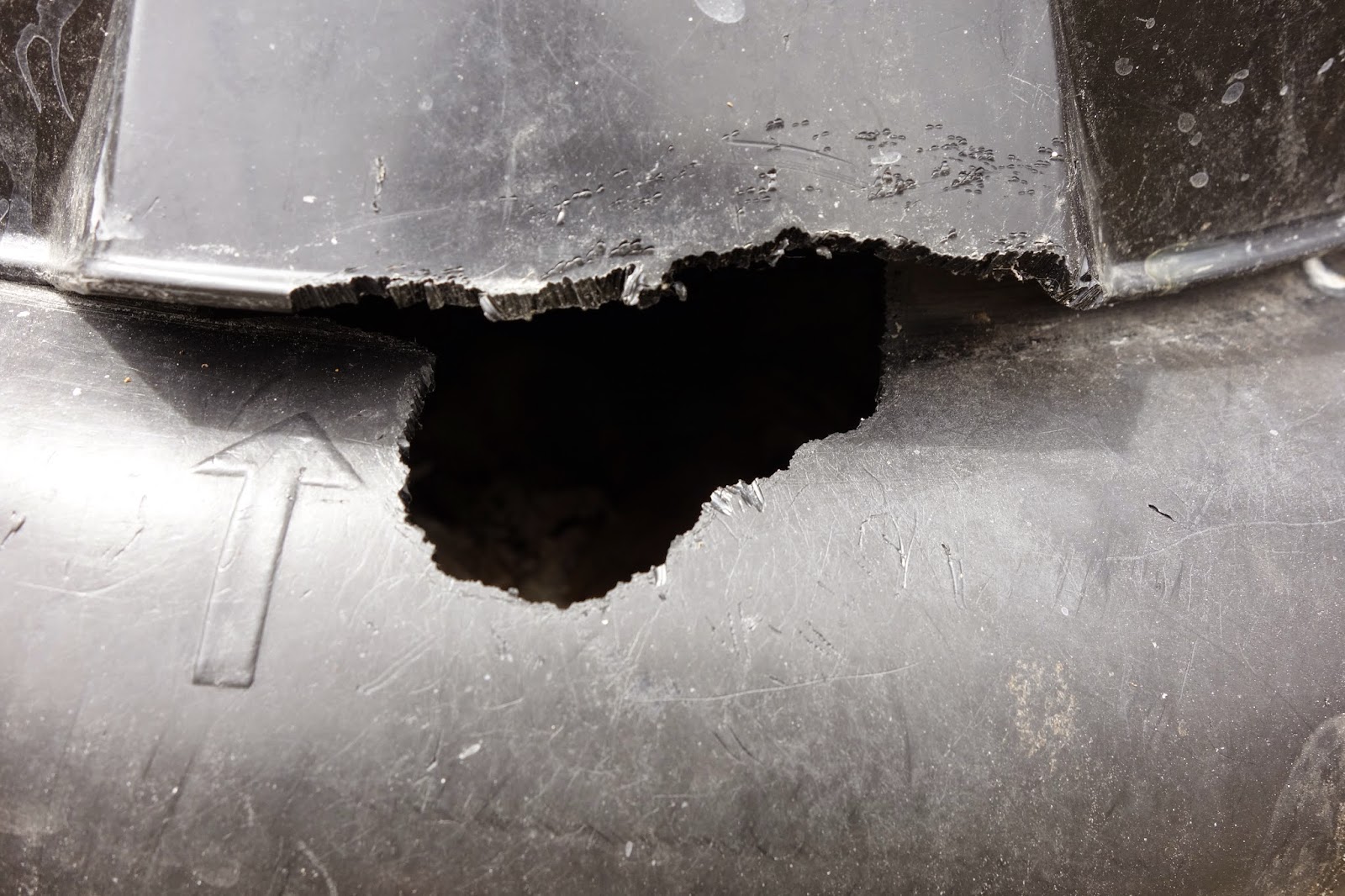