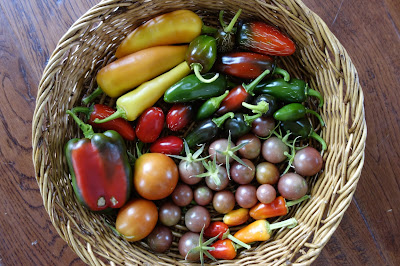 I love August harvests - so much colour and variety.  Pictured above is a basket picked entirely from plants in the greenhouse.  The jalapeno plants are growing very well with the extra hot atmosphere. 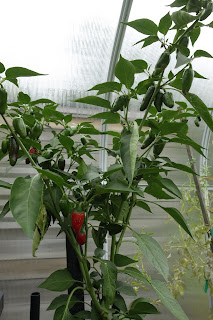 I've had more beans but the production has slowed enough that I decided to pull the plants and use the space for fall greens. 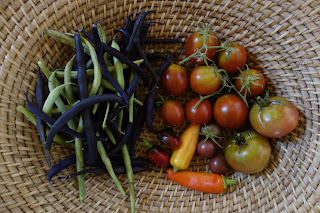 And I noticed a few beans had this going on ... I think that's rust?  I've never had it before and luckily it only happened this late in the season. 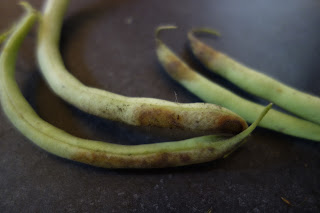 And I've picked the one and only Marina di Chioggia squash that has grown so far.  Thanks to an anonymous commenter pointing out my confusion on my Cucurbit update post, it turns out what I thought was a funny coloured Marina di Chioggia was actually a Sweet Dumpling squash which I had forgotten I'd planted.


And then more of the same.

I used the escarole to make a version of Dave's Escarole with Potatoes (his recipe called for mashing them a bit, but I left the potatoes whole).  It's a delicious combination! 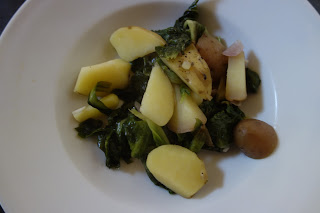 And that is my submission for Harvest Monday, hosted by Daphne's Dandelions.  Pop on over for a view of other harvests around the world this week.