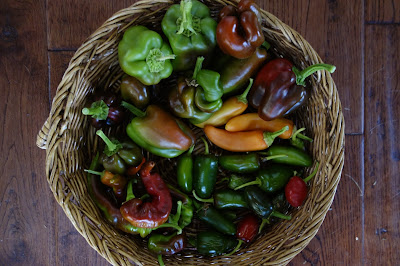 I'm still stuck with my old computer so the five key doesn't work (I usually like to show the full date).  I also have no new produce so same old stuff, so this will be a short post showing much of the same I've had lately.  The basket above includes King of the North, some Jimmy Nardello (seen below) and most of the rest are jalapenos, Hungarian Hot Wax and sweet pickle peppers.


Here is a pic of mostly tomatoes that I've already harvested in the past. 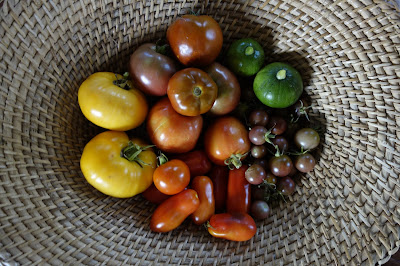 Two things stand out (or at least enough for me to point out) are (1) the yellow tomatoes: Dixie Golden Giant (I found them a bit bland) ... 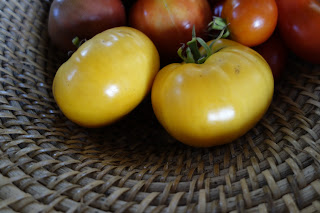 And (2) the little zukes in the upper right corner are zapallito del tronco (unable to mature properly due to the squash bugs) but more than edible! 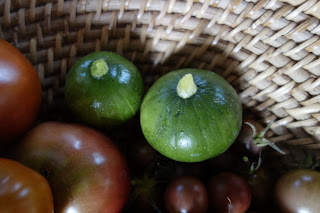 And more peppers which I used for a hot pepper sauce (recipe to be shared eventually): 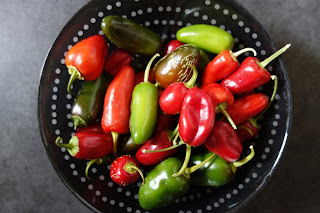 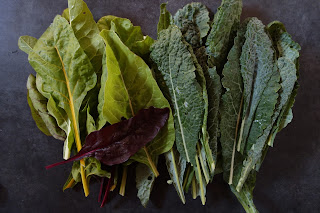 Probably the last of the rhubarb: 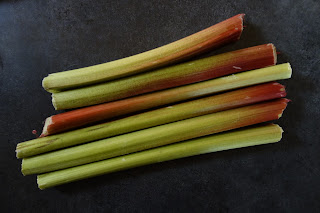 More parsnips and carrots (which I pretty much roast every time I harvest any). 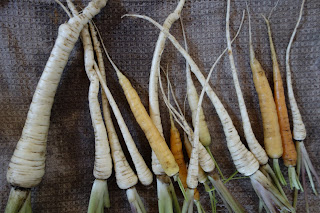 And more potato harvest, including Yukon Gold and Fingerling (drying in the cool basement).  More of these to come. 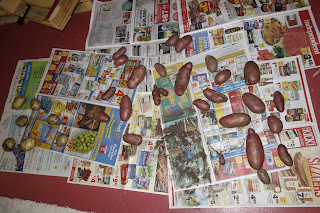 And now I'm trying to figure out how to harvest the sunflower seeds.  You can see that the critters are already getting to them (these empty shells are left on top of rhubarb leaves under the sunflower heads). 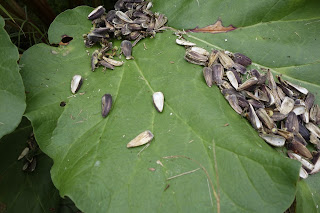 I have too many squirrels to keep them on the plant so I've cut them down and just keeping them in the screened porch to dry out ... hope that works? 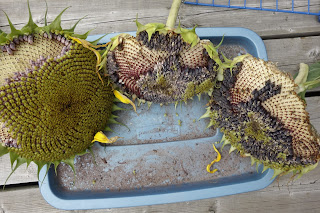 This one is more than two pounds but already nibbled on. 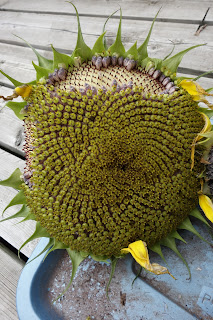 Please visit Daphne's Dandelions for other harvests around the globe this week.