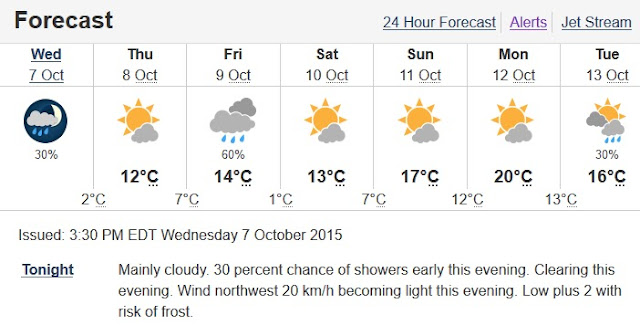 
That time of year has arrived in my corner of the world - the first frost warning of the season.  The outlook for the upcoming weekend (Thanksgiving weekend in Canada) is much more to my liking.  So as soon as I got home from work I ran around covering everything up and harvesting some of the more delicate crops (then ran around again taking a few photos!).


I don't have a lot left although more than I did at this time last year as I did a "fall planting" of a few greens including the arugula that I harvested tonight along with some swiss chard. 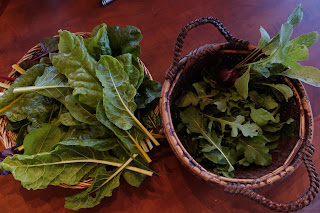 I left most of the brassicas to deal with the frost as they should be fine ... including the remaining two batches of tuscan kale (below) and the mature brussels sprouts. 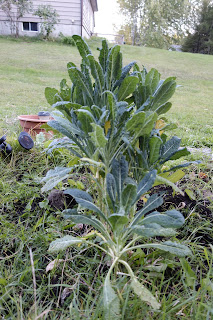 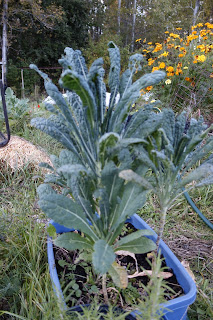 I did cover up the small cauliflower in a pathetic attempt to have them mature but unlikely there will be time.  And I covered my one remaining pumpkin plant and the fall planting of beans (but I'm a bit lazy so did a lousy job). 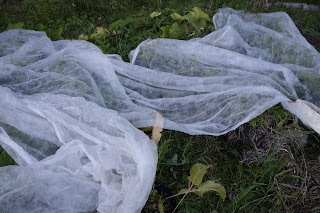 I covered the carrots (not sure why, I'm pretty sure they can handle a light frost??) but I left the parsnip uncovered as I've been told they taste better after a frost. 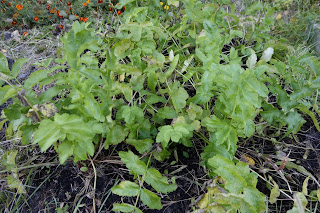 And I thought I'd take the opportunity to share an update on my greenhouse plants since there is NO risk of frost inside!! 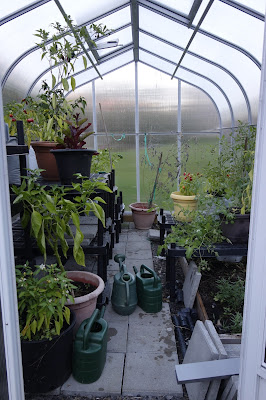 Earlier in the year, I believed several of my pepper plants from inside the greenhouse had finished their growth cycle and I basically tossed them outside to die.  After several rains and a bout of hot weather, I noticed flowers on a few of them.  I brought them back into the greenhouse and they've started an entire new round of peppers!!  The plants themselves look a bit weak but lots of peppers coming my way.


And these hinkelhatz never left the greenhouse and still have a few left - this is only possible because of my greenhouse as my outdoor pepper plants died off several weeks ago. 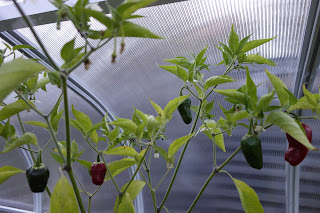 And this is one of two remaining sweet pickle pepper plants - these are honestly the best looking peppers of this variety that I've had all year. 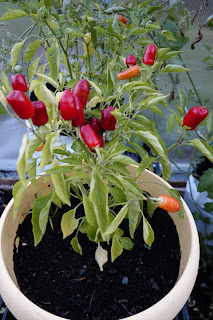 The chocolate cherry tomato plant is still flowering (this is one of two of these variety in the greenhouse). 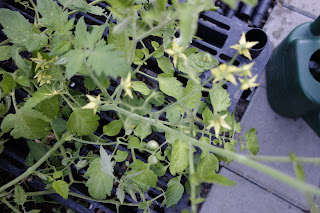 As for fall plantings, I just have this one swiss chard batch in a container ... 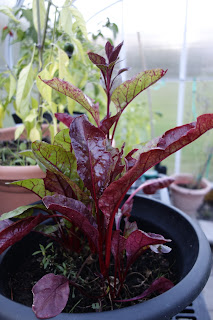 And these beets that I may have got in too late, but hoping the greenhouse keeps things warm enough for some to mature - worst case scenario, I will enjoy some beet greens! 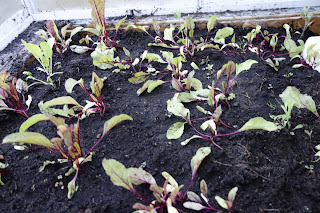 Keeping my fingers crossed that the plants I covered up will make it through the frost (or better yet, the frost doesn't actually happen tonight!!).