Working Out A Seed Starting Timeline 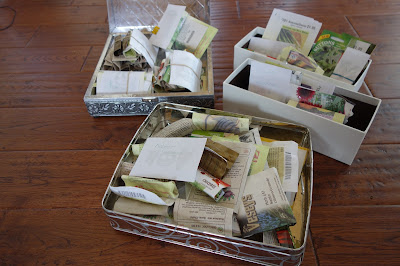 It is time for me to get some seeds started indoors under lighting to get an advance on the growing season.  In my climate, it would be impossible for many of my favourite crops to mature sufficiently for a harvest.  I definitely have about 4 months fully frost-free, and usually more like 4 1/2 months.

The last frost usually occurs around May 5 to 12.  But last year, we had a frost on May 22nd.  I was excited about the warm spring we were having and put a number of plants out in early May.  When the frost hit, I covered the plants up and most survived but they were weakened and did not do well.

The first frost is usually in the first week or two of October and last year it came on Oct 7.   So last year I had 138 days frost-free.  Now many crops can handle some light frosts, but definitely not tomatoes or peppers so they need an early start indoors to make sure I have enough time to get a good harvest.

This post is pretty much a repeat of this one in 2014, so I won't go into much detail.  The seed packets are split into piles of which get started indoors and which will be direct sowed when the soil is warm enough. 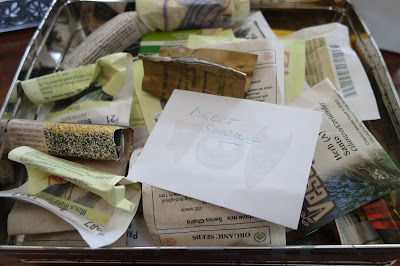 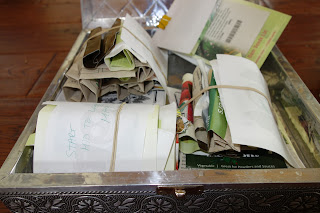 For the indoor starts, I have one group which I need to get going very soon - this is basically all of the peppers and tomatoes (plus some herbs that take a while like parsley).  Then another batch is the cucurbits which will be started in late April.  And finally the brassicas which I won't start until closer to the end of May as these are meant to be a fall crop ... if I plant them too early, they will bolt in the summer heat. 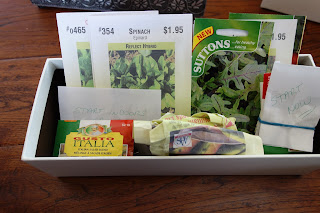 So now that I have that small chore over with, I need to get my grow area set up and get on with it.  Let the gardening begin!!