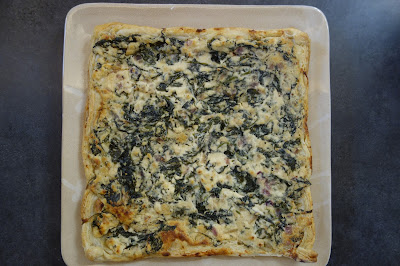 This is my submission to the Harvest Monday posts hosted by Our Happy Acres.  I missed last week so this is a two-week summary of what I have harvested (and what I have done with my harvest). 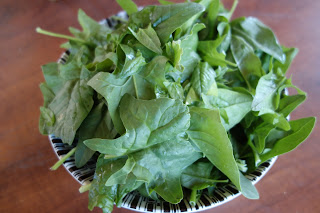 I used this last bit of spinach I could get from the already bolting plants to make a tart (shown in main picture).  A small amount of onion and garlic was sauteed with the spinach, then mixed with some ricotta and goat cheese and baked on puff pastry.  An earlier version of this tart also included some cherry tomatoes.


These peppers all came from the greenhouse.  These were early ones and I don't anticipate having too many ripe ones for another couple of weeks.  But there are a LOT of peppers coming up on the plants, like these Feher Ozon peppers: 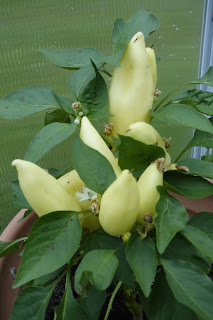 I harvested my first (and so far, the only) broccoli spear.  I noticed two worms on the plant and have not had time to search for more as I haven't been at home much.  Unfortunate, as there are also some nicely formed cabbage in the same bed.  Hopefully I'll have a chance later this week before too much damage is done. 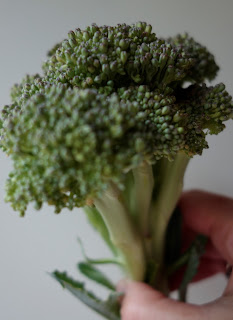 This kale went into a delicious fennel and kale risotto I made when I had company the previous weekend.  I was originally going to make a pasta and realized I had none.  I'm glad I had that box of arborio rice on hand!

And my first ever harvest of shelling peas!  This is most of the harvest but I do have some left on the plants that I'll get to later this week. 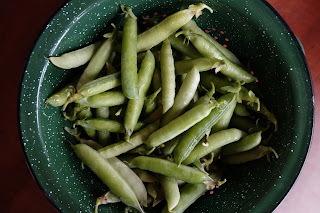 And a nice looking beet ... for once!!  I think I have a lot of problems growing beets with crowding being the biggest (but by no means the only problem).  Just happy to have this one for now (and the little golden beets are small, but I'm still looking forward to eating them too)! 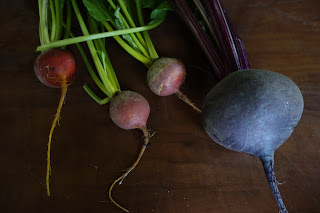 Check out Our Happy Acres to see what other gardeners are doing this week!