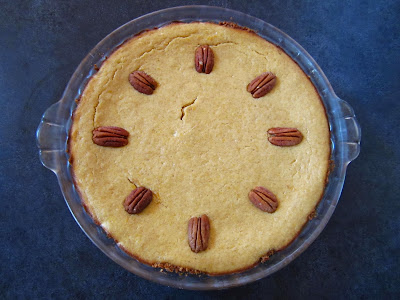 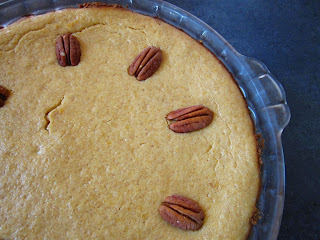 Rather than using a springform pan, I baked this in the traditional style of a pumpkin pie.  I had intended to make a crust from crushed gingersnaps, but they proved too difficult to find in my local stores.  So I bought some Peak Freans bran crunch cookies that were on sale and added fresh ginger and pecans to have something a bit more interesting than the regular graham cracker crust. 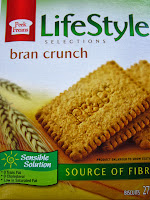 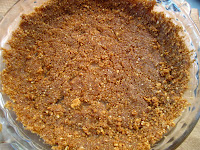 In a food processor, process about 1 Tbsp worth of fresh ginger.  Once it is minced, add pecans and process.  Then add the cookies.  Pour the crumbs into a 9 inch deep dish pie plate and pour the melted butter over.  Stir in butter then press the mixture on the bottom and up the sides of the pie plate.

Cream together cream cheese and brown sugar.  Beat in the two eggs.  Add remaining ingredients and stir to combine.  Pour over crust.  Did I mention "deep dish" pie plate?   Yes, I did.  This is too much filling for a regular pie plate.  Cheesecake has a way of puffing up when cooking, then settling in during cooling (partly why it often has cracks on the top).  So it might overflow a regular pie plate. 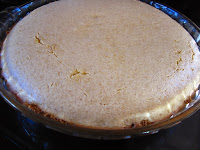 Bake at 350 degrees F for about 45 minutes until set.  Chill for at least two hours before serving.  Garnish with half pecans (I had also wanted to garnish with pieces of candied ginger but I didn't have any). 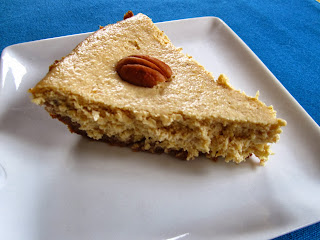