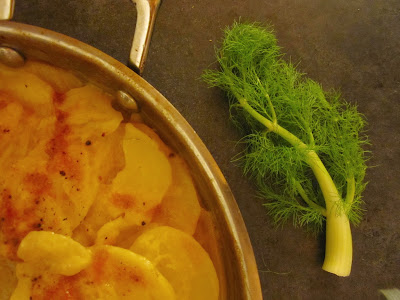 A few years ago I discovered the concept of making scalloped potatoes with vegetable or chicken broth instead of cream (or other dairy).  It still comes out deliciously creamy without the heaviness.  At the same time, I realized how many different variations of the dish can be made.  A favourite of mine is to layer fresh garden tomatoes in the middle of potato and onion layers. And always some cheese on top. 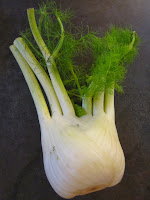 I recently had a hankering for fennel ... hmm, do people really hanker for fennel?  Well, anyway, I had an interest in eating some.  And this dish is super easy and creamy and goes with just about anything. 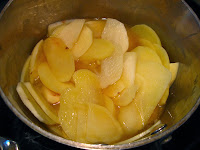 Thinly slice 1 1/2 pounds potato (preferably yukon gold).  Put potatoes into medium pot and pour vegetable stock over them until just barely covered.  Bring to boil, then simmer about 15 minutes while cooking the fennel. 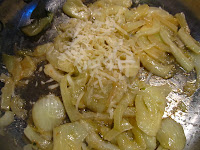 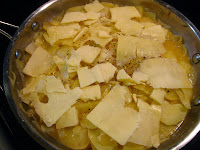 Pour pot of potatoes into fennel pan (or both into a casserole dish) and top with thinly sliced or grated aged cheddar.

Bake at 450 degrees F until cheese is bubbly and browned (10 minutes or less). 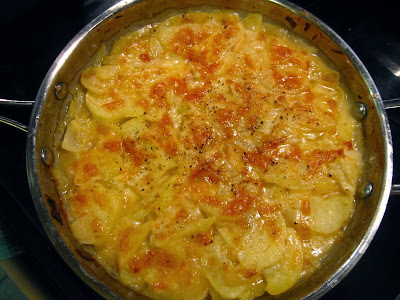