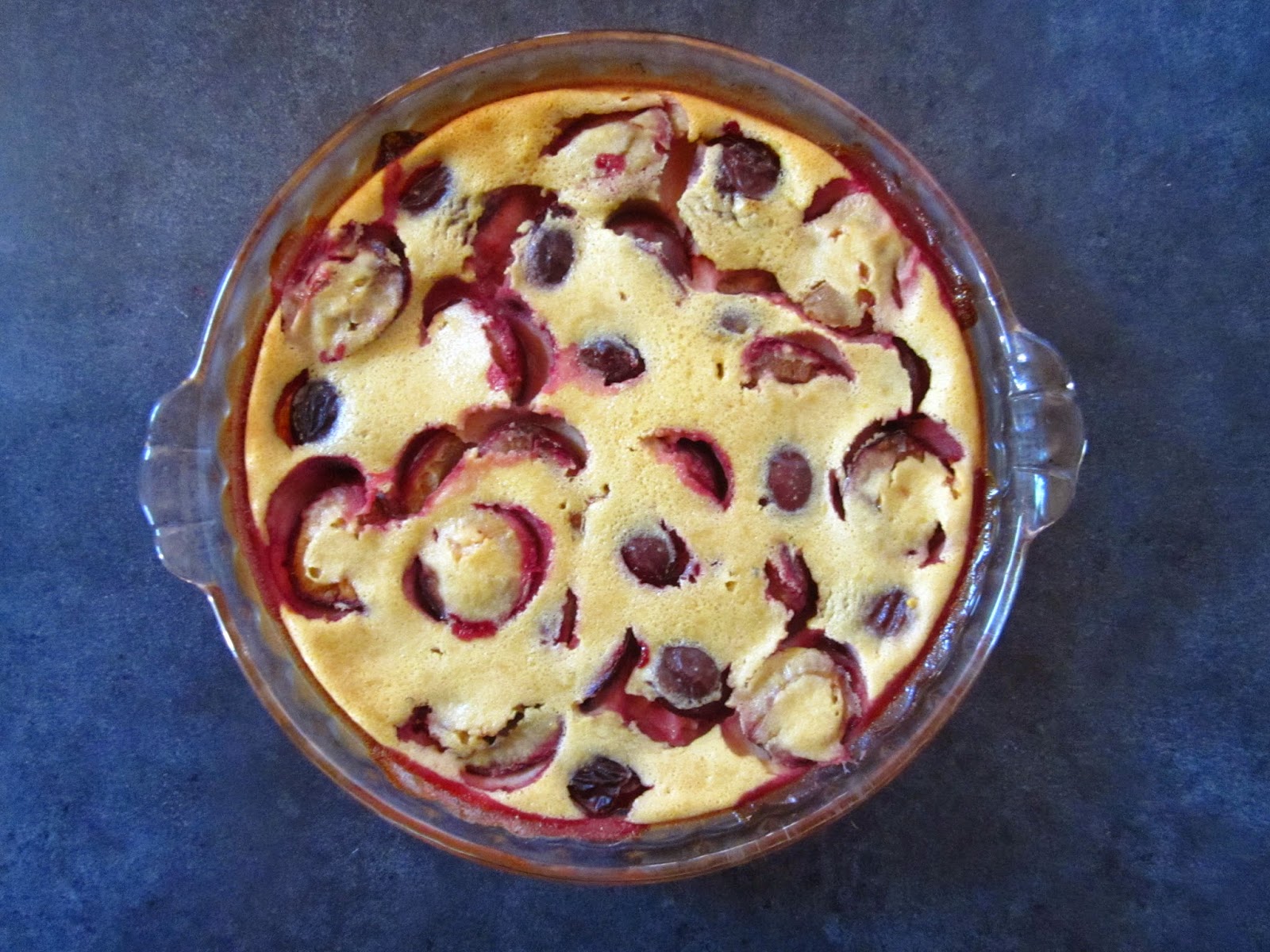 I've been wanting to make plum clafoutis for a few years ... I don't know why it had to be plum but it did.  The plum trees I planted last year have yet to produce beyond the single plum the year they were planted.  But I must admit I have done very little maintenance.  So I will remedy that as we head into cooler weather to be sure they have a healthy start next spring.

In the meantime, I popped by a local market ... I was intending to buy seconds of tomatoes as I don't have enough of my own to make the massive quantities of salsa and sauce I go through each year.  Unfortunately, the market farm is having their own issues with tomatoes and are a bit behind this year (maybe in a couple of weeks they said). 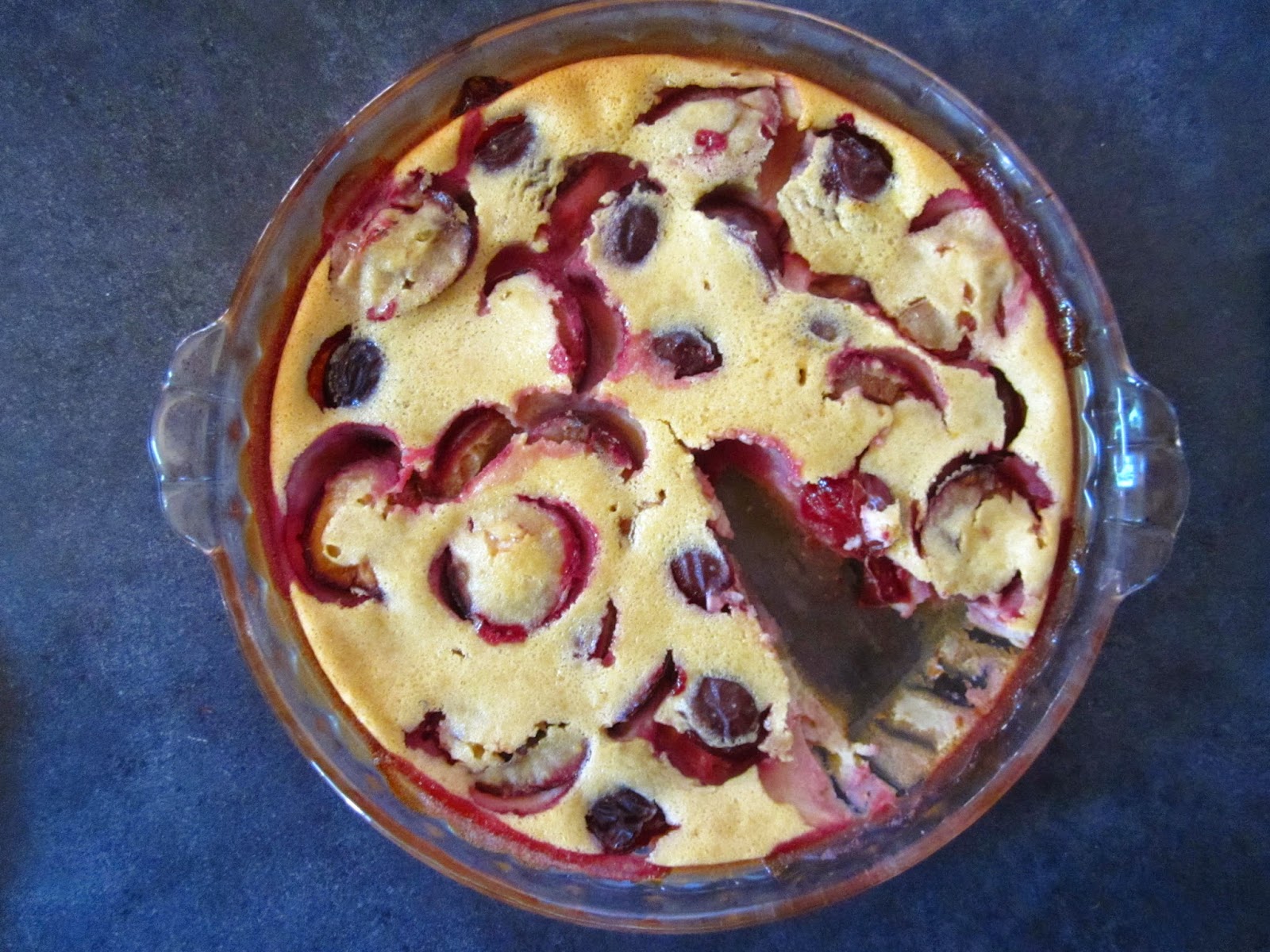 But there I found some lovely plums ... and finally made a clafoutis.  It was everything I was hoping it would be: a very moist and soft spongy texture filled with a slightly sweetened but still somewhat tart taste of plum.

I slapped together a recipe from a few I found online and used a combination of buttermilk and 18% cream (some recipes were just milk while some used all heavy cream!).

Stir dry and wet ingredients to make a loose batter.

In one layer, place plum halves (about 15 plums) in the bottom of a deep dish 10 inch pie plate.  I rotated between cut half down or up. 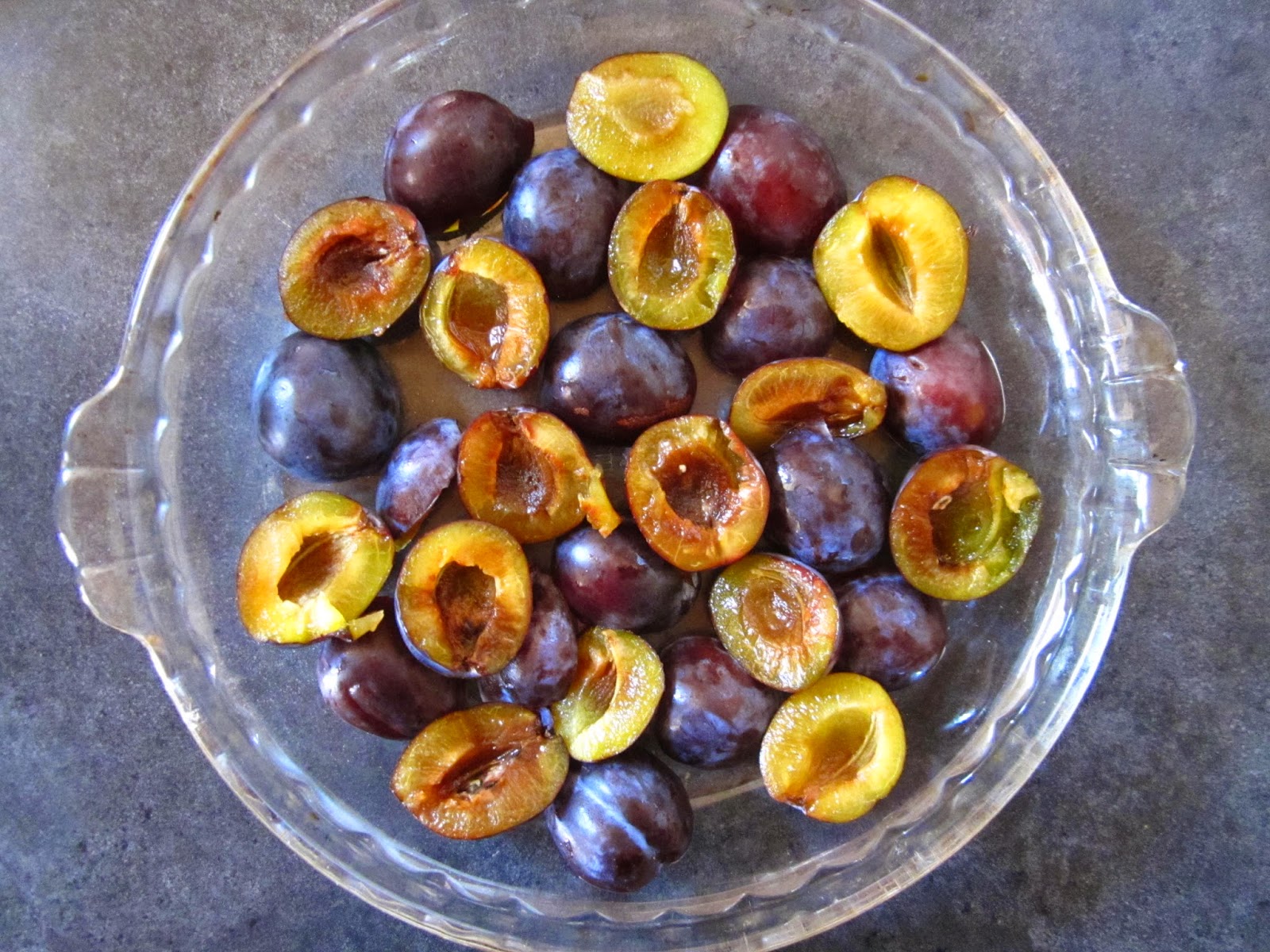 Then pour the batter over top and shake very gently to settle any bubbles. 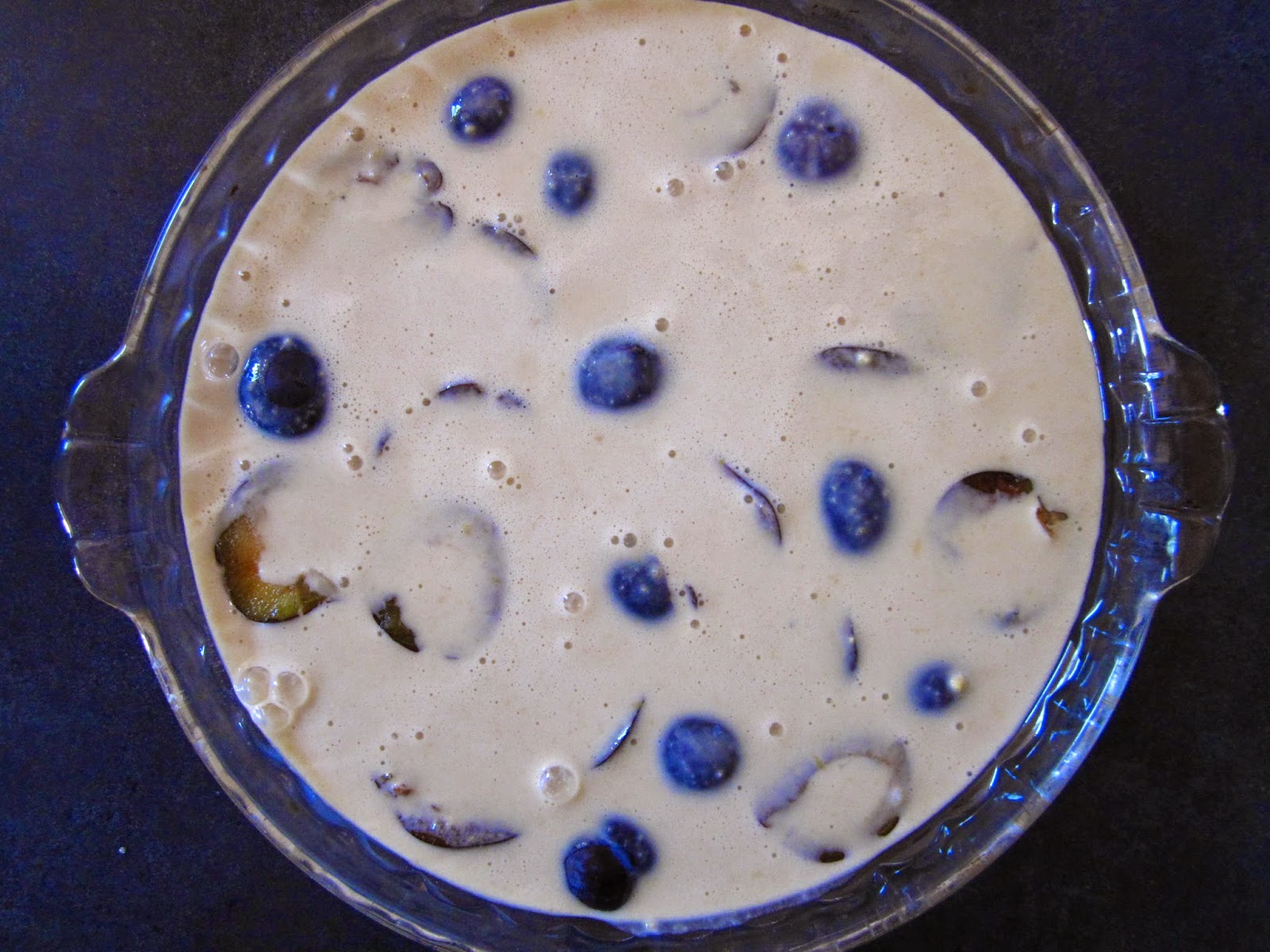 I served it with roasted plums and plum ice cream (the recipe for which I will share separately because, well ... it deserves its own page it was that good!). 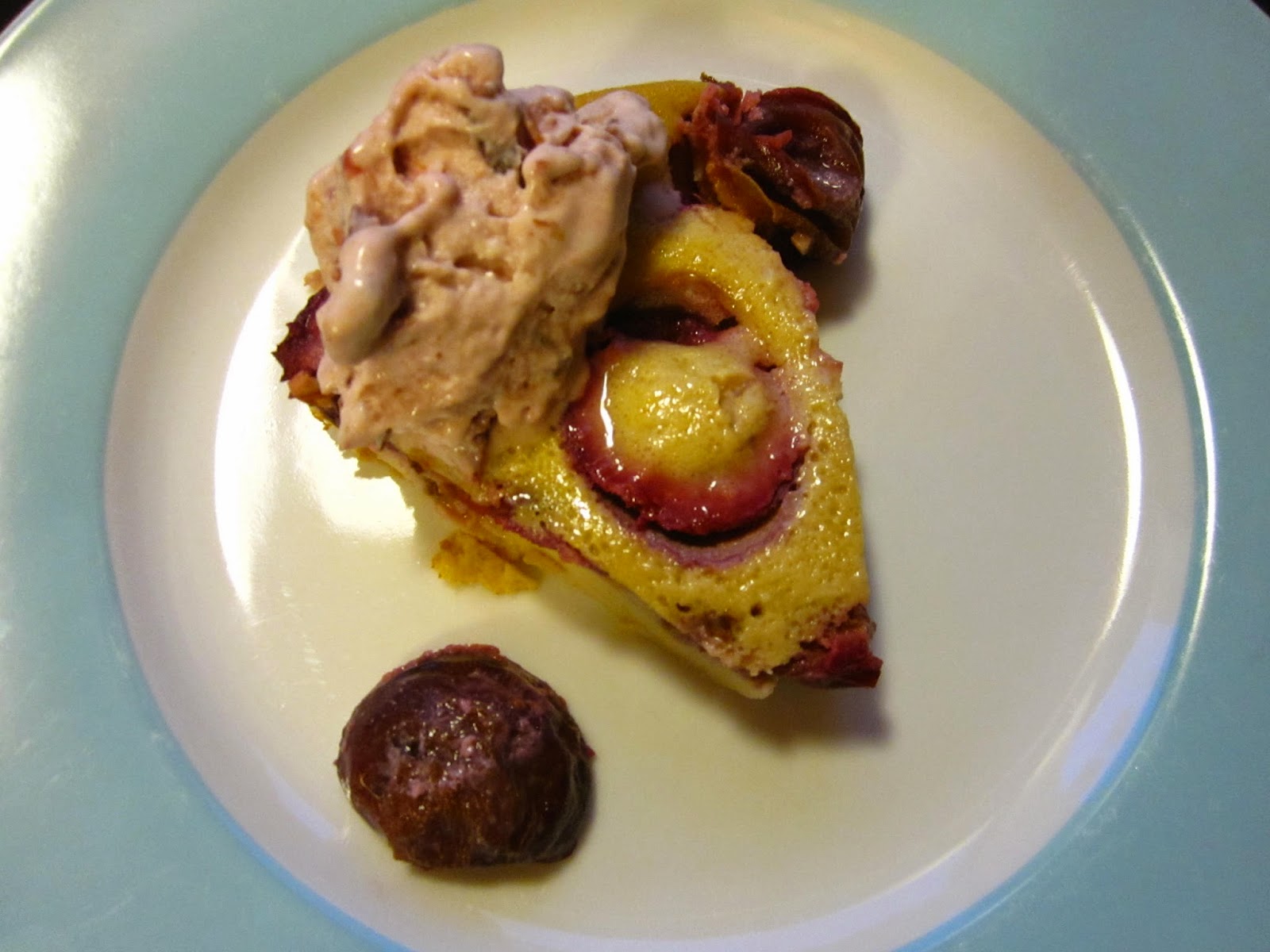