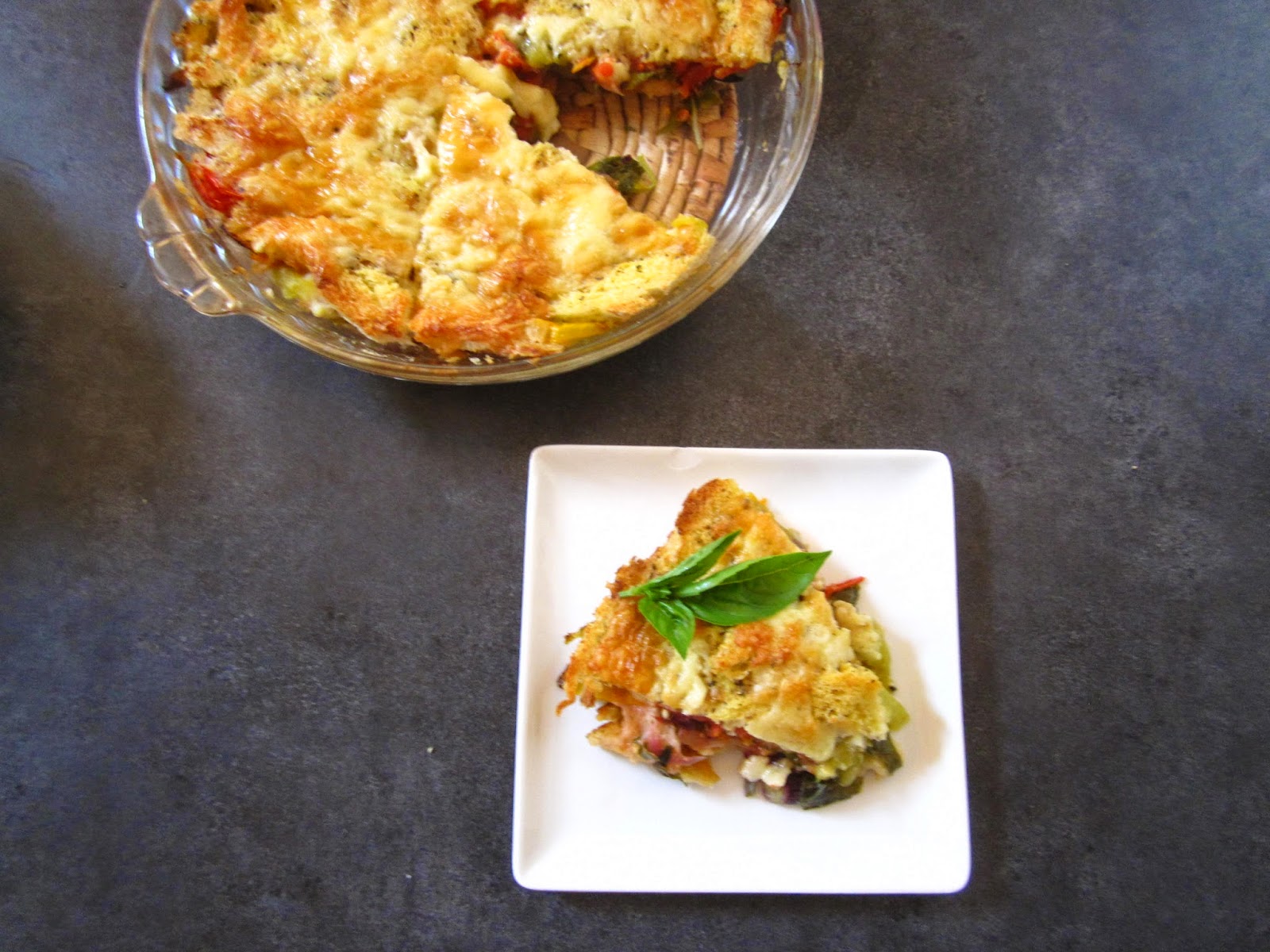 This recipe comes from the Silver Spoon cookbook - Italy's version of the Joy of Cooking.  It is pretty much my go-to cookbook, along with anything by Jamie Oliver.

Here is the original recipe from the cookbook if you want to follow it directly.  I make it in a deep dish pie plate rather than a "rectangular mold", use whatever bread is on hand, use basil rather than oregano and aged cheddar instead of the romano.  Otherwise, I stick to the original recipe and technique - awesome in its simplicity! 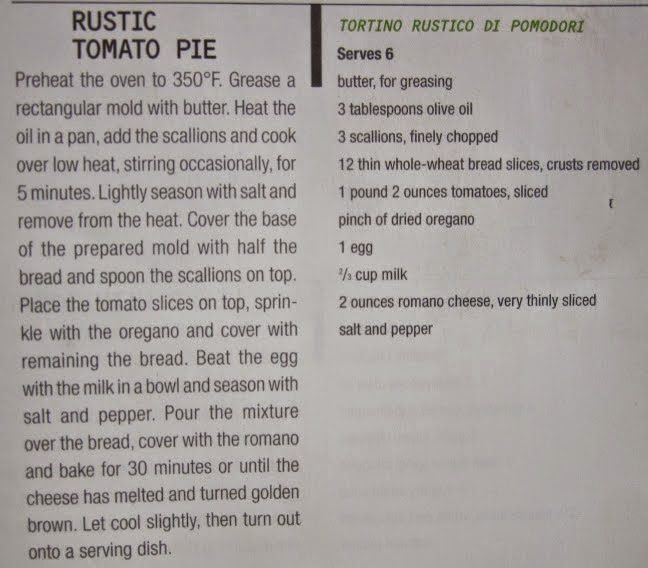 The veggies are all straight from my garden.  The scallions I used were unusually large ... maybe I should have harvested them earlier.  I used extra greens from another and included the sliced bulbs. 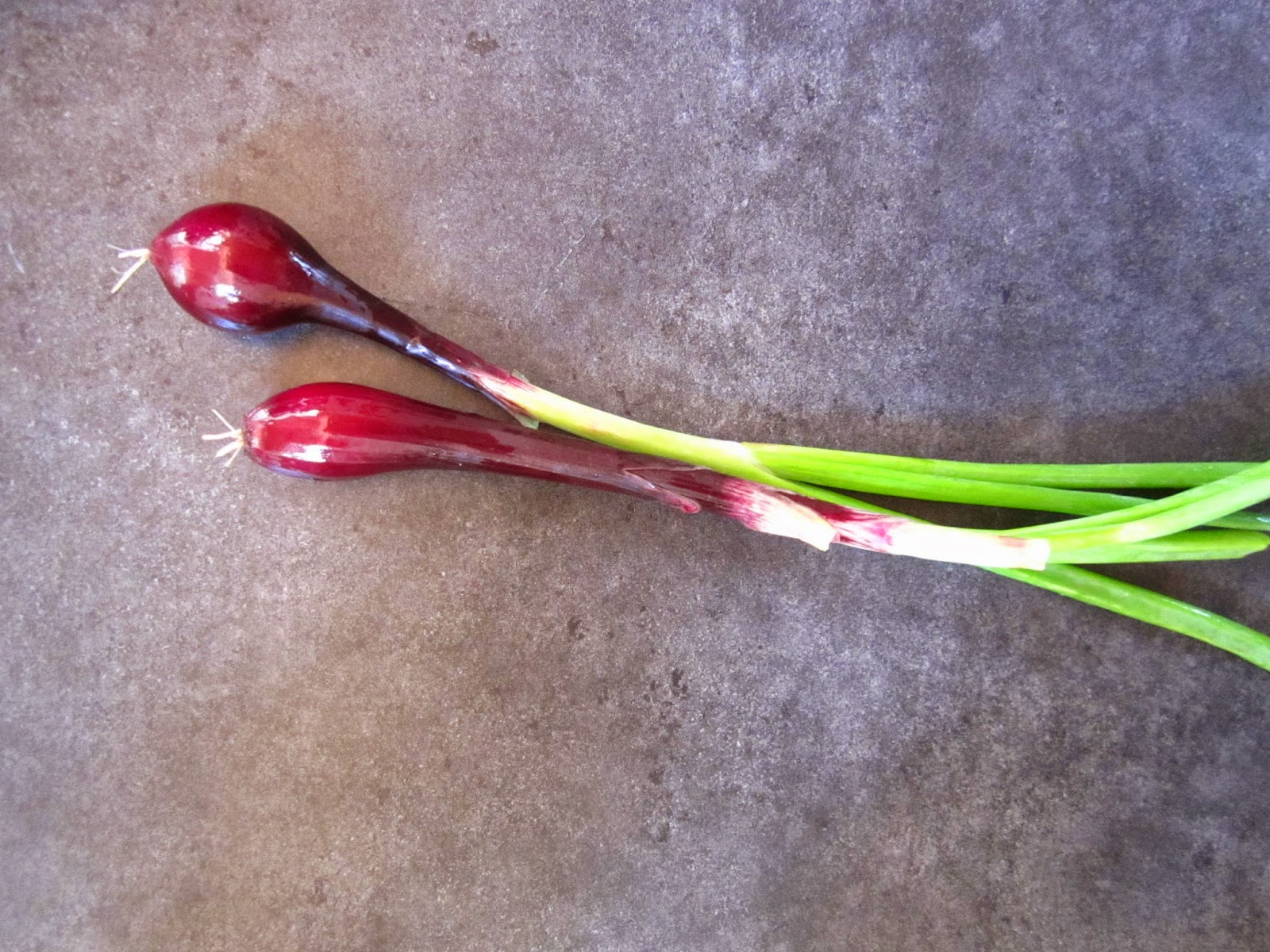 I have made this many times and should point out that fresh bread is the easiest to form a crust with.  I had a several-days-old Italian loaf that was perfectly fine in the finished product, but a bit crumbly when trying to put it all together.  I removed the crust before slicing ... 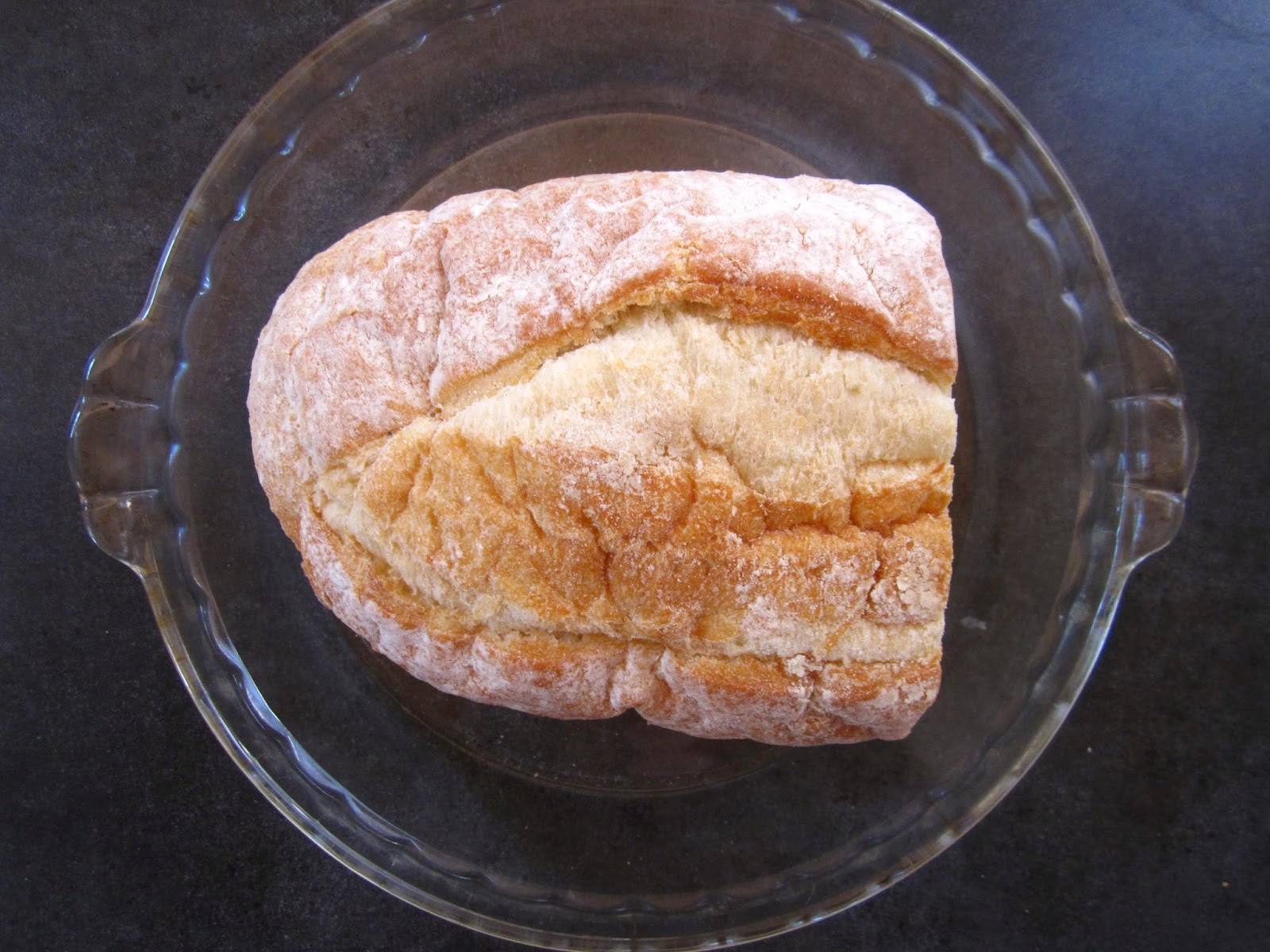 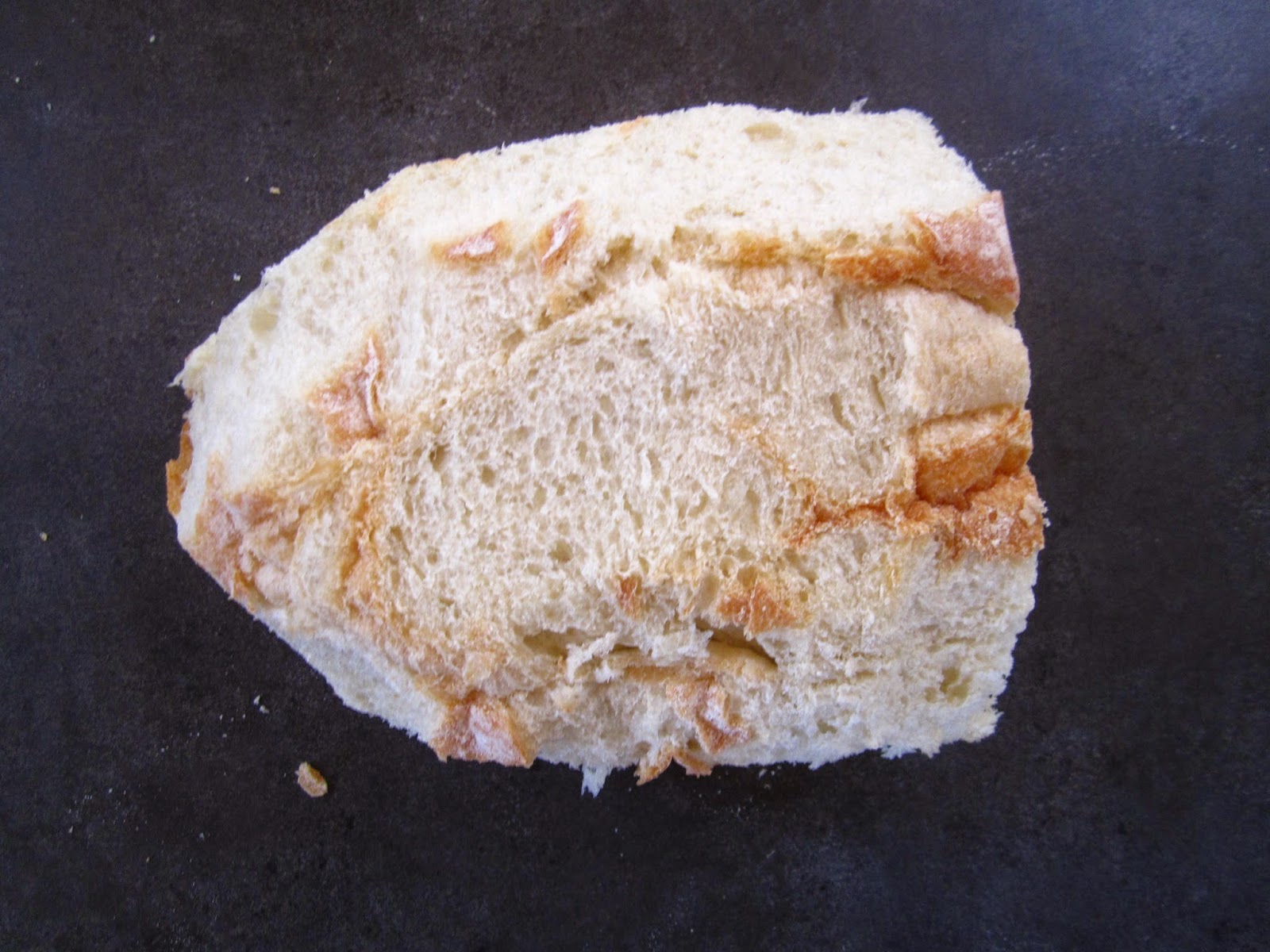 After greasing the dish with butter, add the bread slices and flatten them a bit.  Then top with the sauteed scallions. 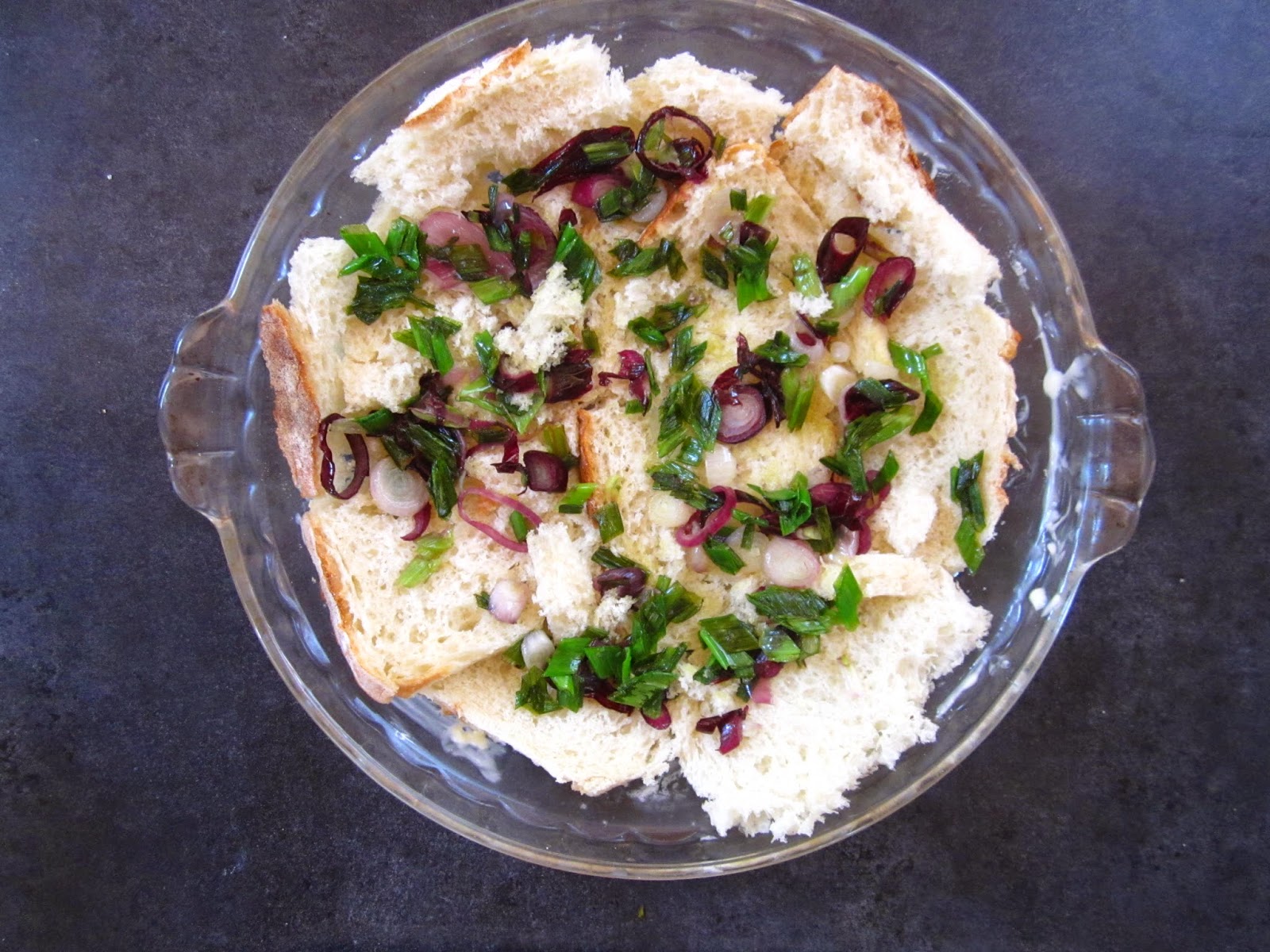 I used a combination of Black Krim and Red Brandywine tomatoes.  The Black Krim are usually purplish-brown when ripe - this year, they are greenish-orange for some reason.  Not sure what's going on, but they are unbelievably sweet and tasty.  After a layer of basil leaves, I layered the tomatoes by colour just for fun ... you can't see the tomatoes when the top crust goes on. 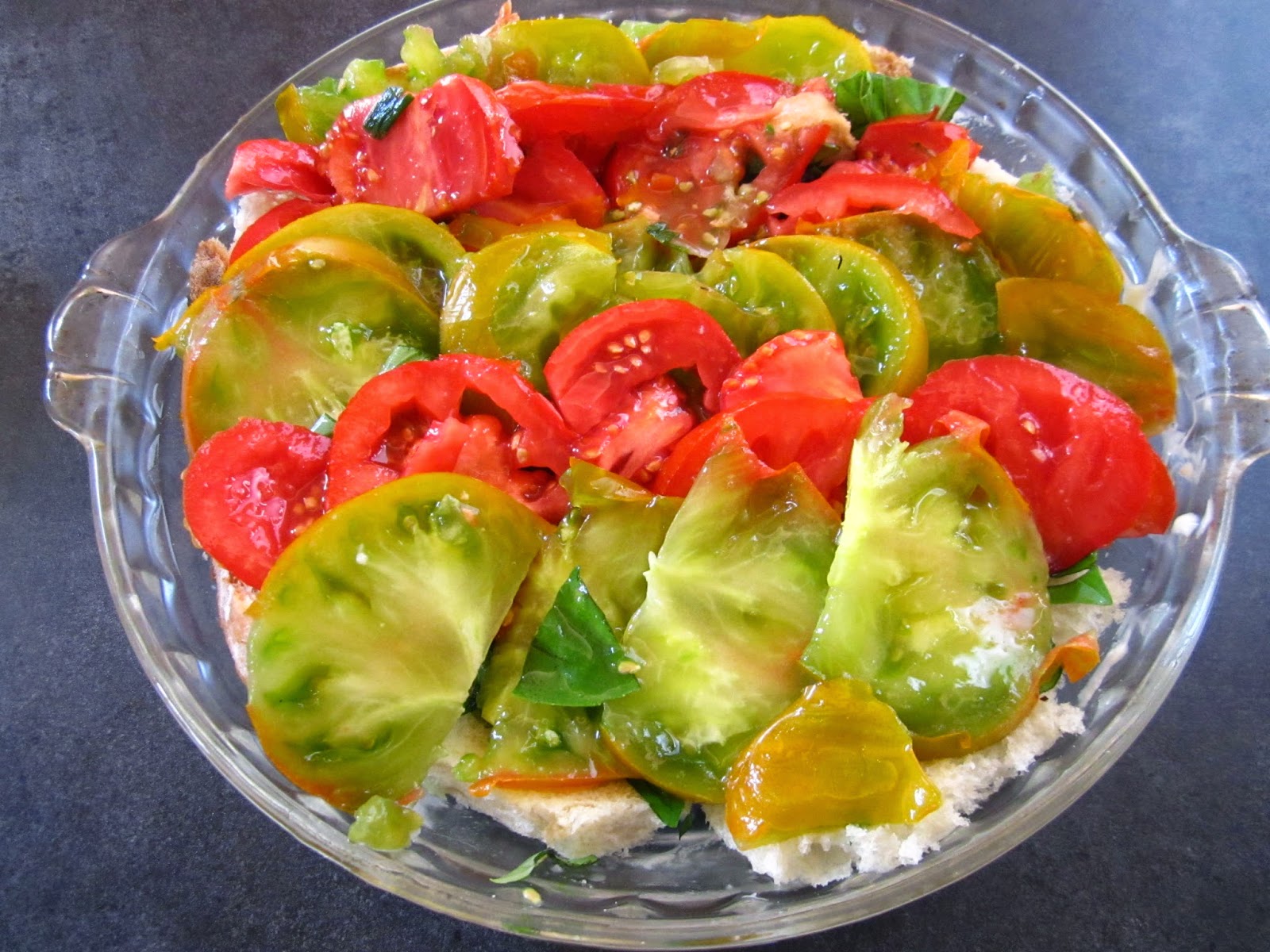 Cover with more bread slices, then the egg/milk mixture.  Top with your choice of cheese and bake for about 30 minutes. 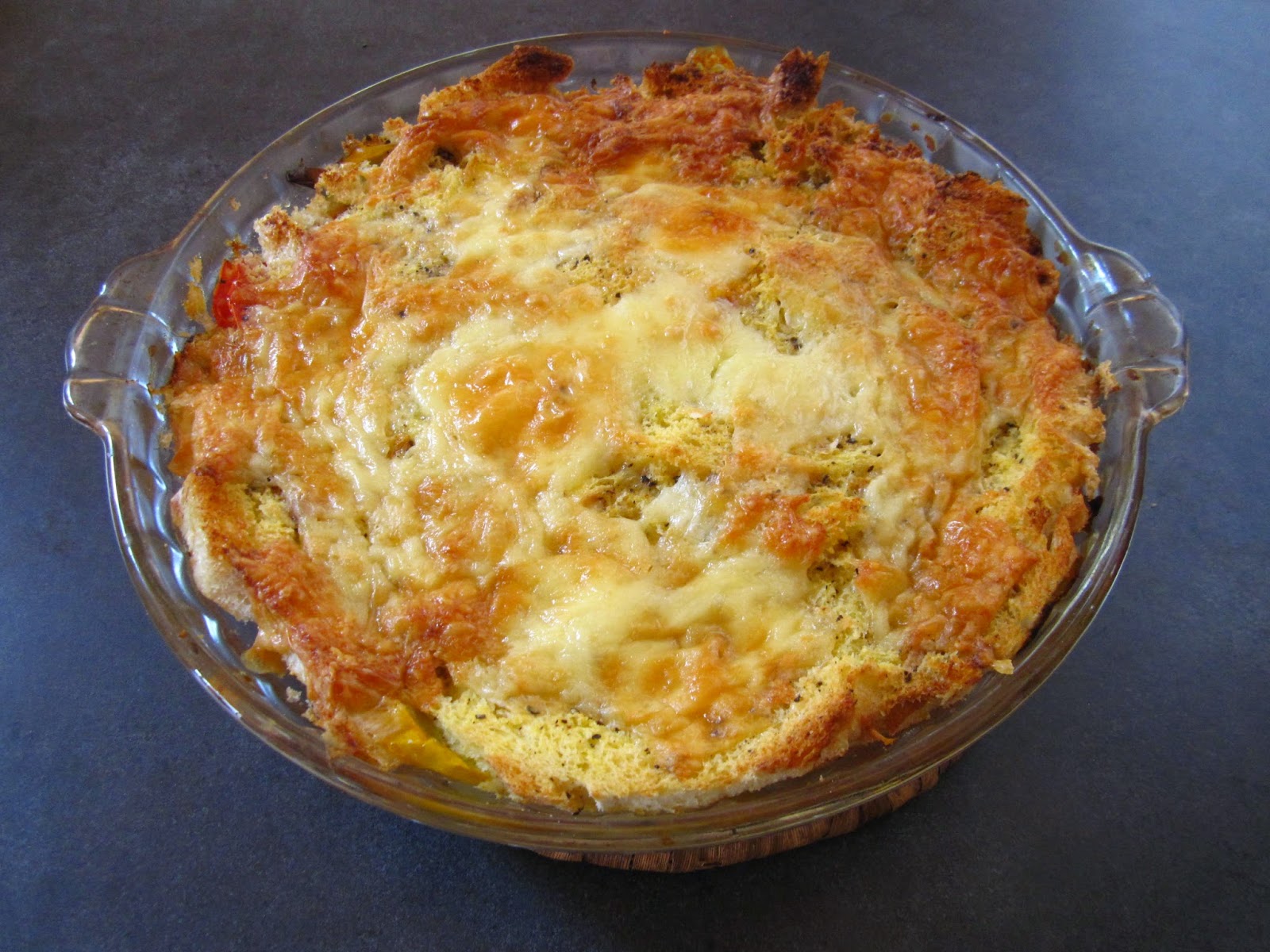 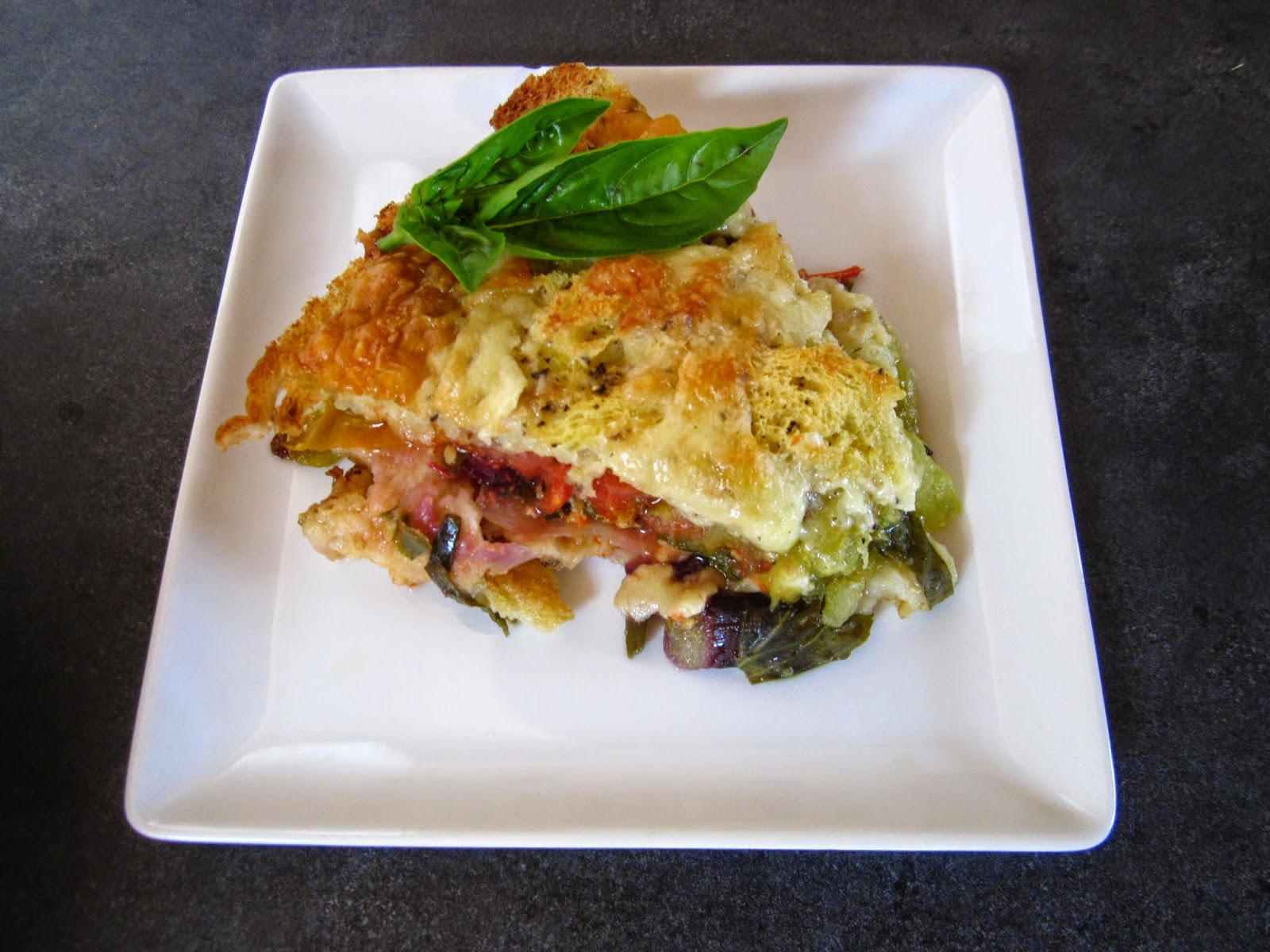