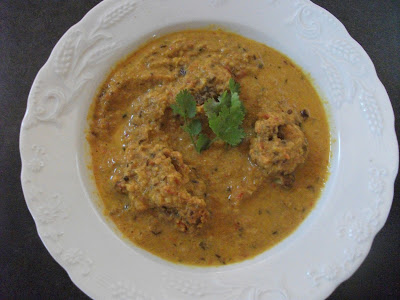 I lived in the Kitsilano neighbourhood of Vancouver for many years before moving to Ontario and I often frequented Annapurna, a vegetarian Indian restaurant (now closed).  I was addicted to their garlic naan, and Malai Kofta dish.  When I visited India during that same period, it was no surprise that I put on a few pounds, due partly to the cream-laden sauce used for Malai Kafta, but also my discovery of Milkcake, an Indian dessert somewhat like fudge, but soooooo much better.

My cooking used to be a lot healthier ... when I made Malai Kofta in my early years, I used yogurt; more often these days I use cream.  I've come to a compromise lately, and have decided on 18% table cream in this curry sauce.

I usually make this recipe on different days; starting with the Kofta.  Kofta balls are amazing when served in this curry sauce, but can easily be used as a pakora-type appetizer (easiest approach is to follow the same recipe, then form flat patties and fry them).   These freeze well so can be made at any time.

When ready to eat the full meal, the sauce is made, and the koftas are cooked for a short time in the sauce just before serving. 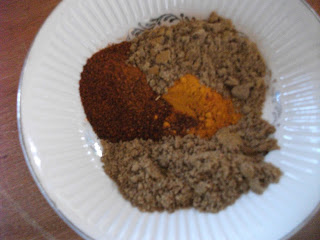 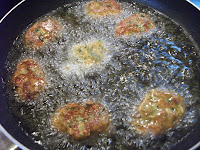 Mix all ingredients together and form 15-20 balls.  Fry in oil until deep brown in colour.  I don't like to deep fry, so I flatten mine slightly and fry them in 1 inch of canola oil a few at a time. 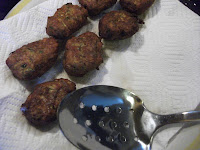 Drain on paper towels until ready for use.  I often freeze them at this stage; they are then ready to thaw and toss into a curry sauce. 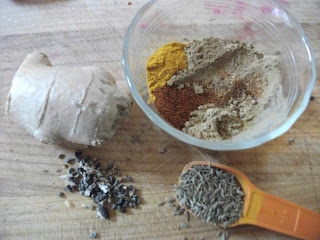 In a food processor, combine garlic, ginger and onion.  Heat a large pan with canola oil (1-2 Tbsp).  Add cumin seeds and cook for a minute or so until they begin to pop.  Add cardamom seeds and cook only for 20 seconds or so, then add onion mixture.  Cook this at medium heat until the liquid begins to cook away.  Add remaining spices and cook for about 2 minutes.

In the meantime, combine the tomato and cilantro in the food processor.  When the mixture in the pan has released most of its liquid, add the tomato mixture, and again, cook until the mixture has lost most of the liquid.

Ground the cashews in food processor with a small amount of the cream to form a loose paste.  Mix into the curry mixture.   Add about 2 cups of water.  Stir to combine, and let cook just a minute or two, then add kofta balls.  Cook for about 6-8 minutes to heat balls through, then add remaining cream. Continue cooking just until mixture heats up again.

Serve with rice or naan. 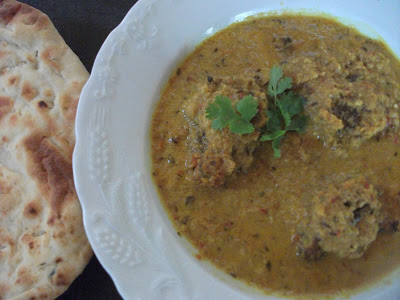