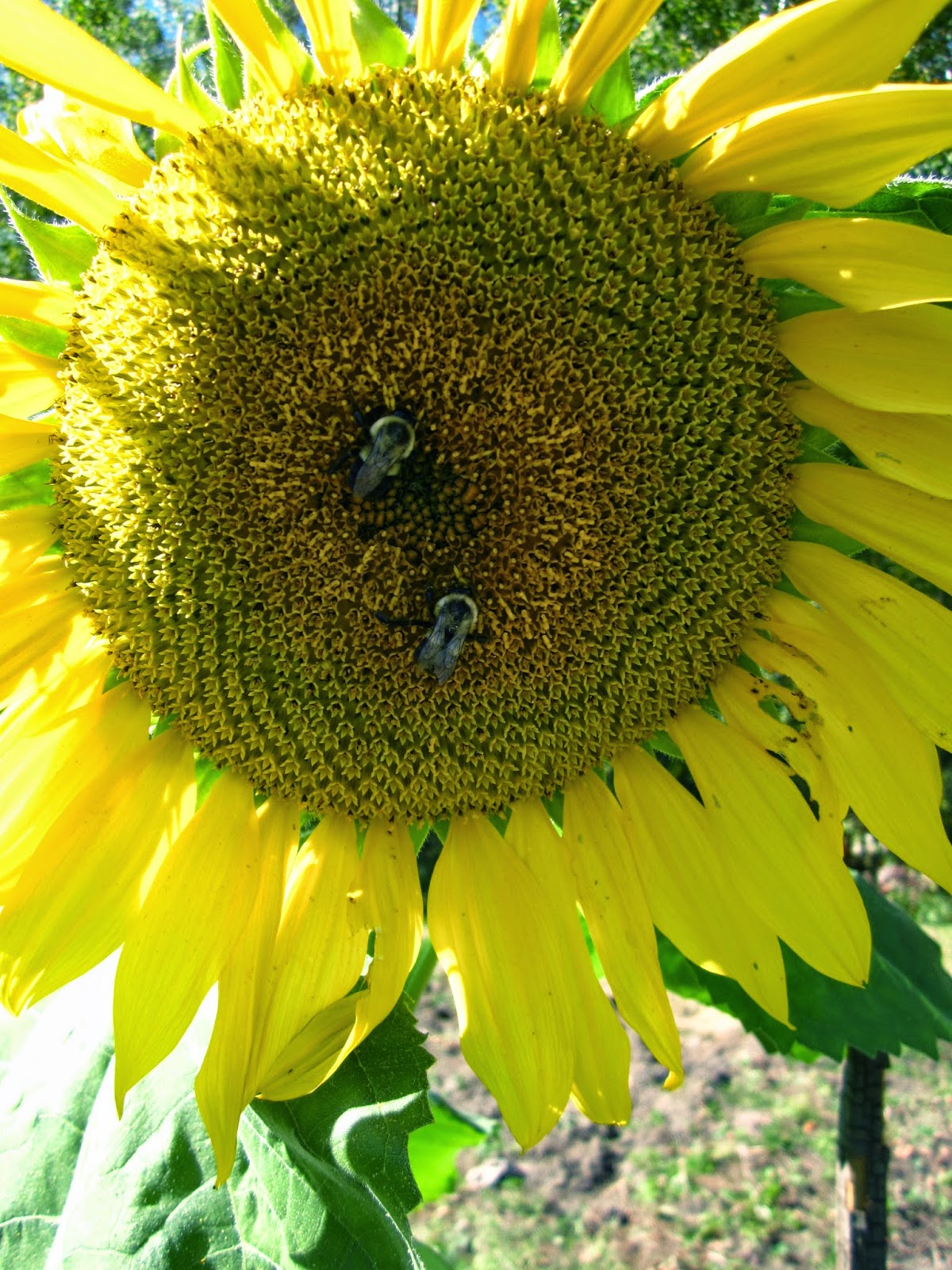 I have never been much into growing flowers until the last year or two when I have realized the importance in planting certain types (nasturtiums, marigolds, sunflowers) among vegetables.  Some flowers can deter pests or attract them away from vegetable plants to keep the veggies healthy and pest-free.  I'm still learning about how all this works, but in the meantime, here is an update on the flowers I have on the go right now ... 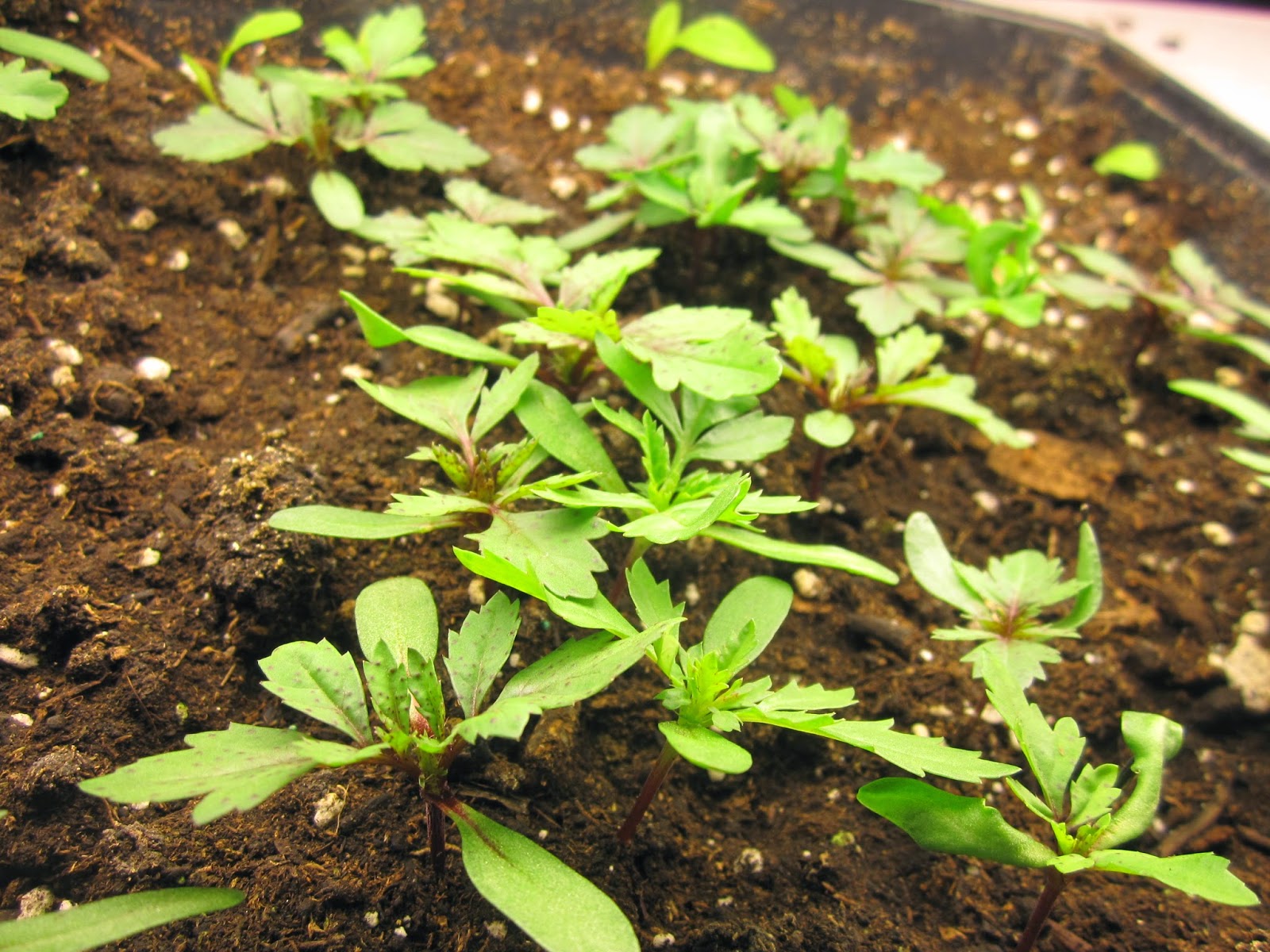 Marigolds planted April 6th so three weeks long - in a flat alongside cosmos and still under fluorescent lighting. 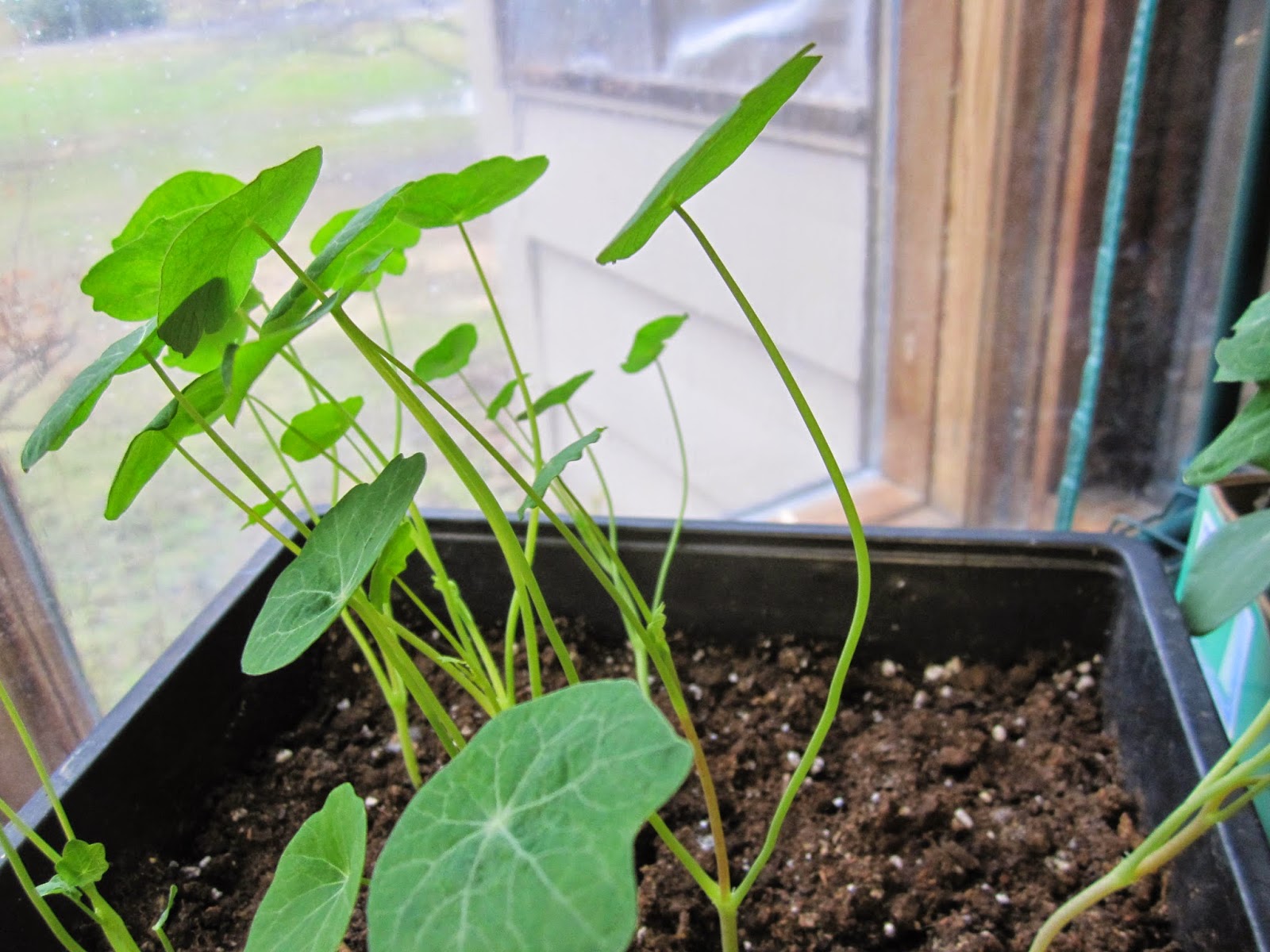 Nasturtiums planted April 6th - also three weeks old.  About 9-10 inches tall and kept in natural light in the solarium.  Seeded in a flat alongside Kong Sunflower. 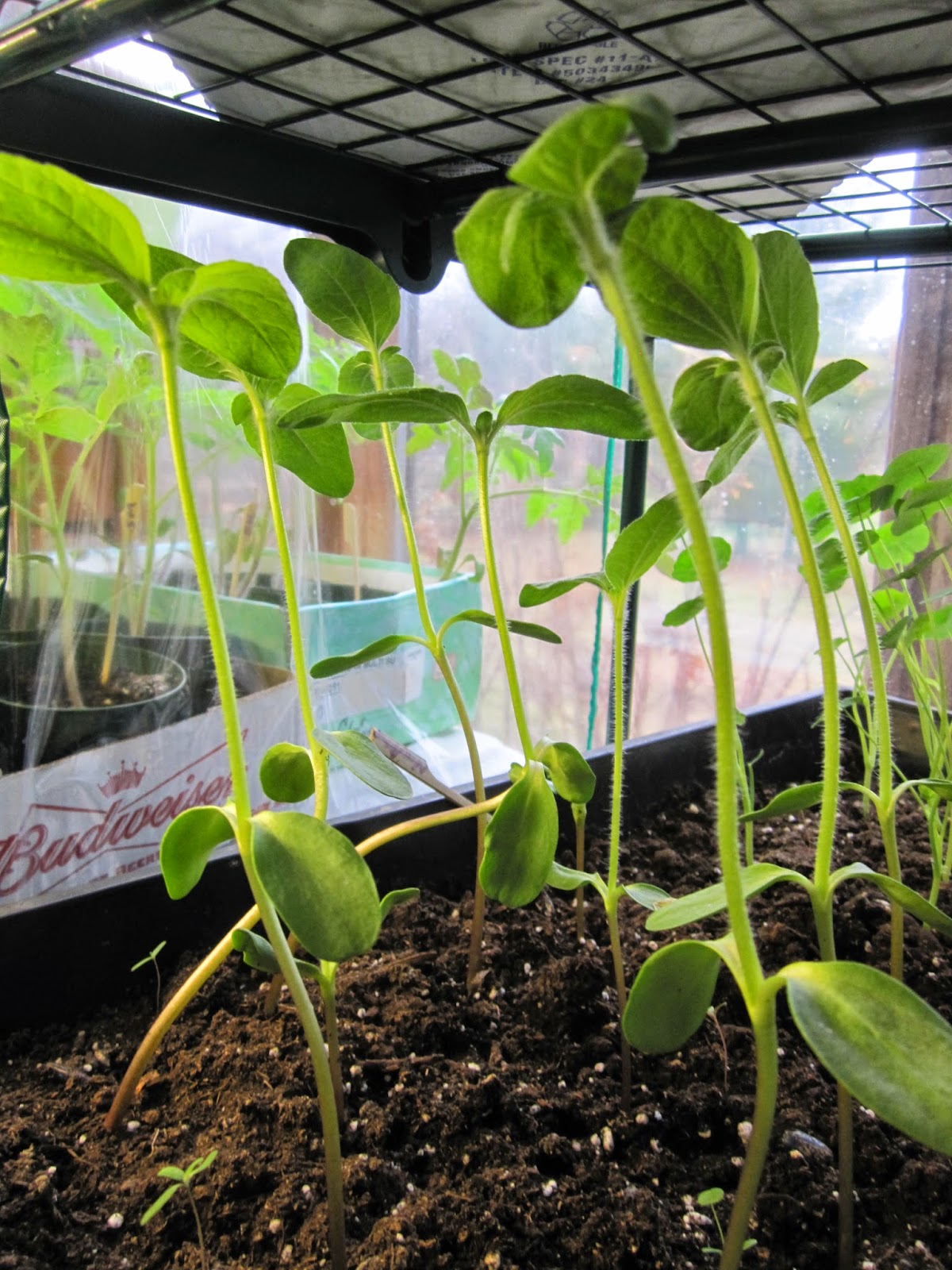 And here are the Kong Sunflower seeded with the nasties - about a foot tall already.  I may need to transplant as it is far too early to get them into the ground??


I have also newly planted in the past few days another batch of Kong sunflowers (I'm very excited about these super tall ones), some African Tall Marigold (equally excited) and more nasturtiums.

And I have a few that are just for looks including cosmos, delphinium, asters and hollyhock. 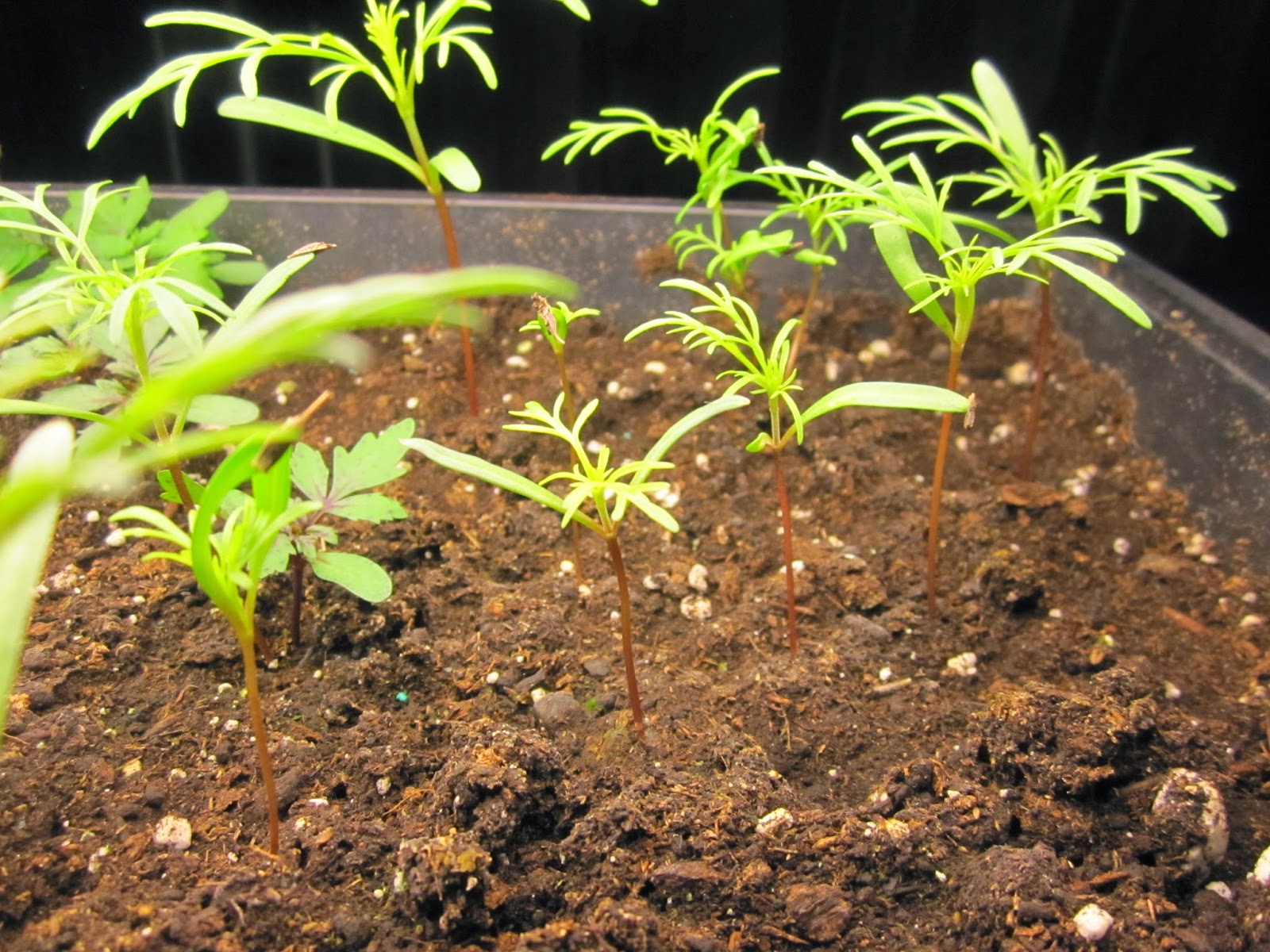 Cosmos: planted in same tray as marigolds above so 3 weeks along and still under fluorescent lighting. 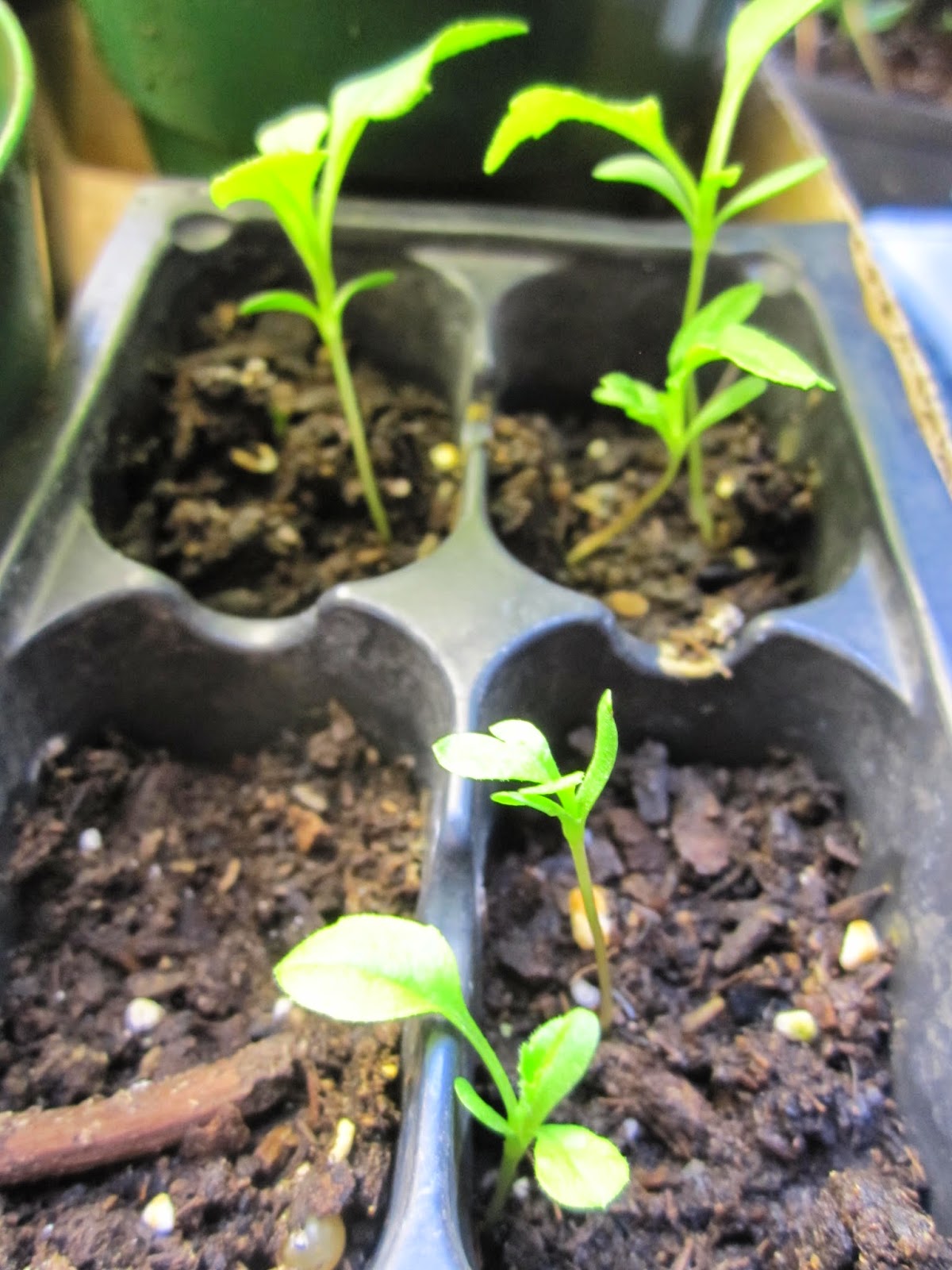 Asters - whew, these are tough to germinate but I have more than a handful underway - these are a month old. 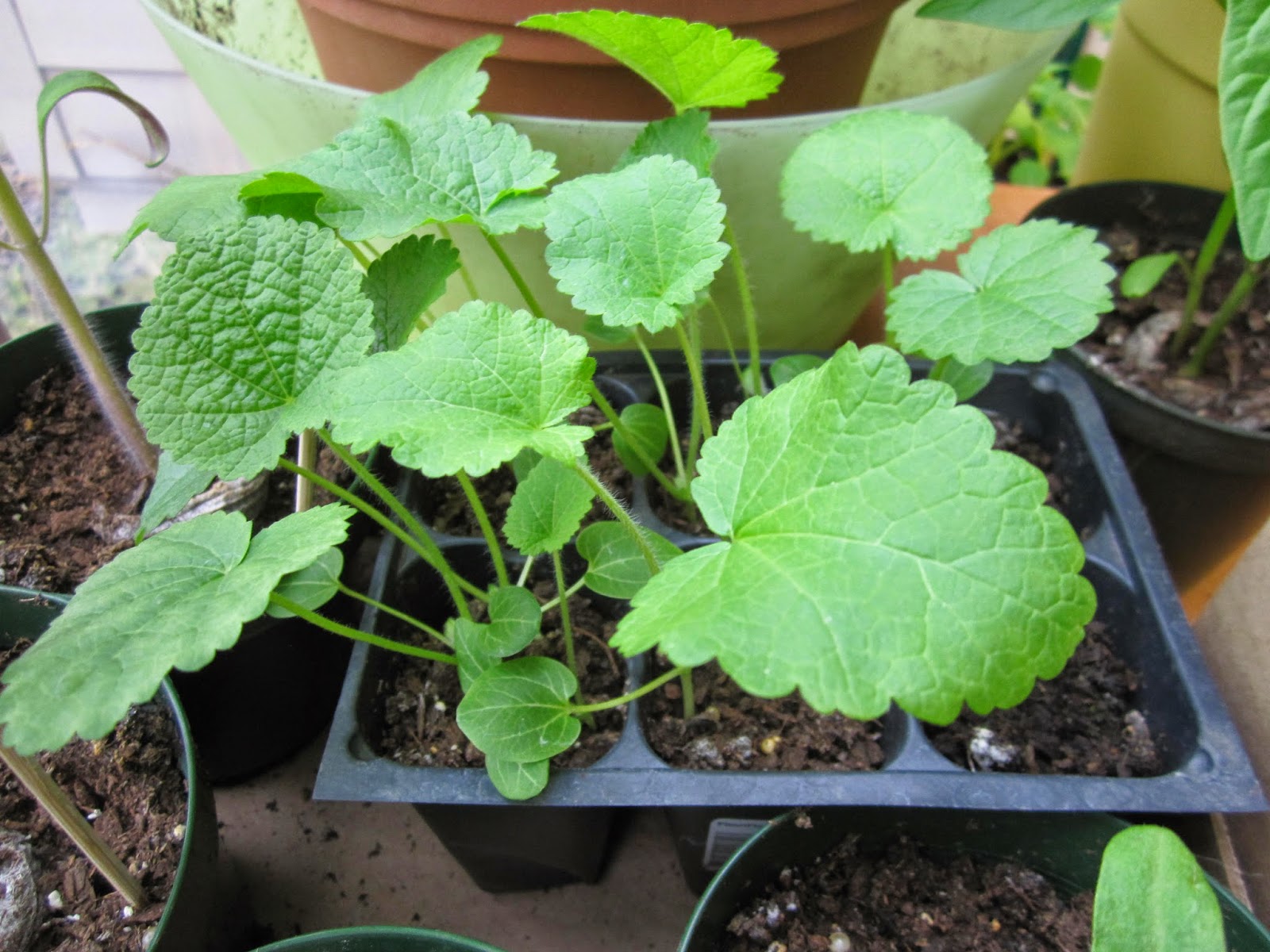 I tried to grow hollyhock's straight from seed into the ground last year with no luck.  But I've had no problems germinating these for the past month. 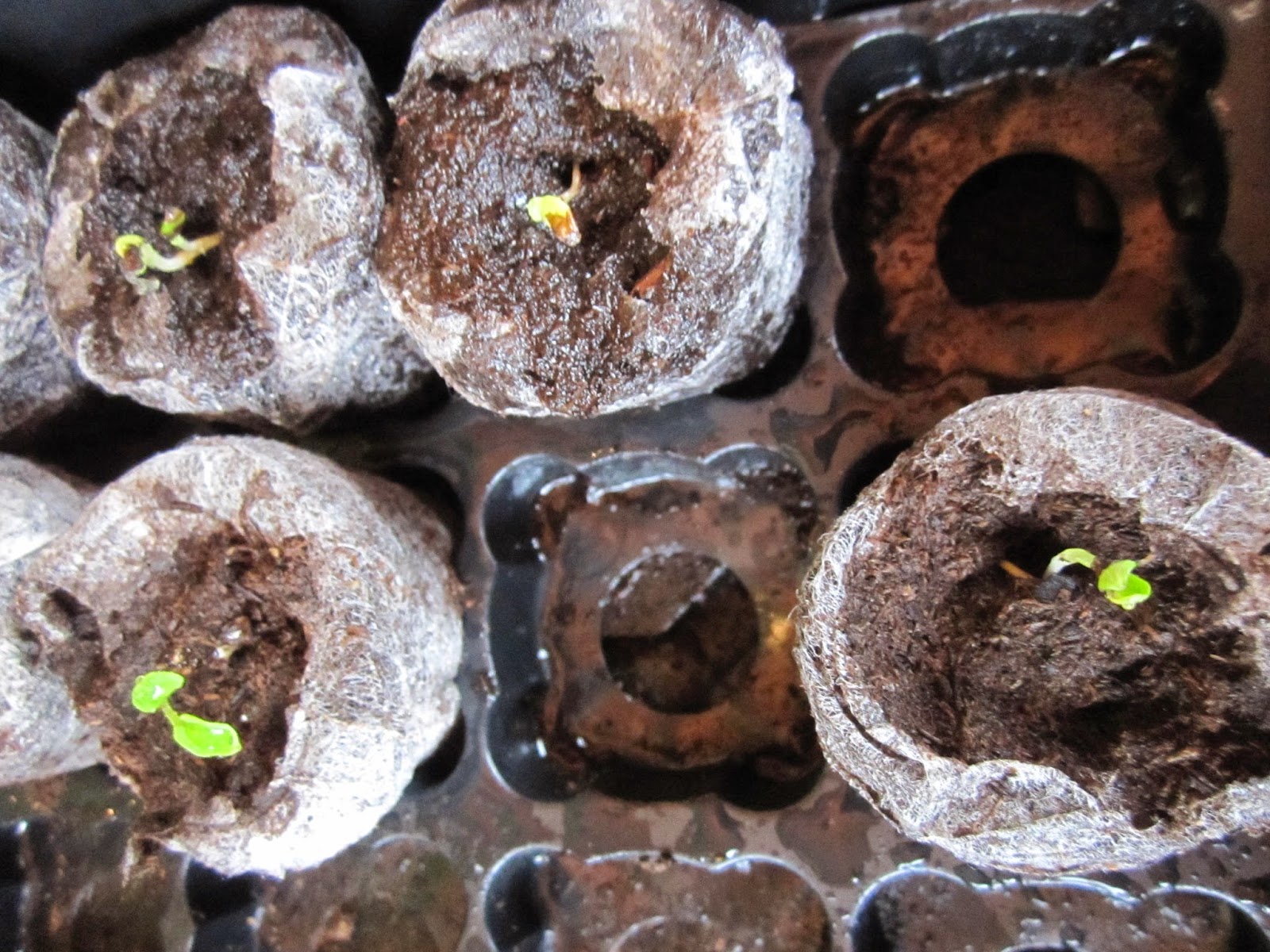 And I wish I had known delphinium took up to 30 days to germinate or I might have started them sooner.  As it is, they are the only and last batch on the heat mat (I also have a small batch of lettuce - no idea why I tried that) and I would love to shut that down soon.  These are mostly germinated now and today is day 16 but they are pretty tiny still. 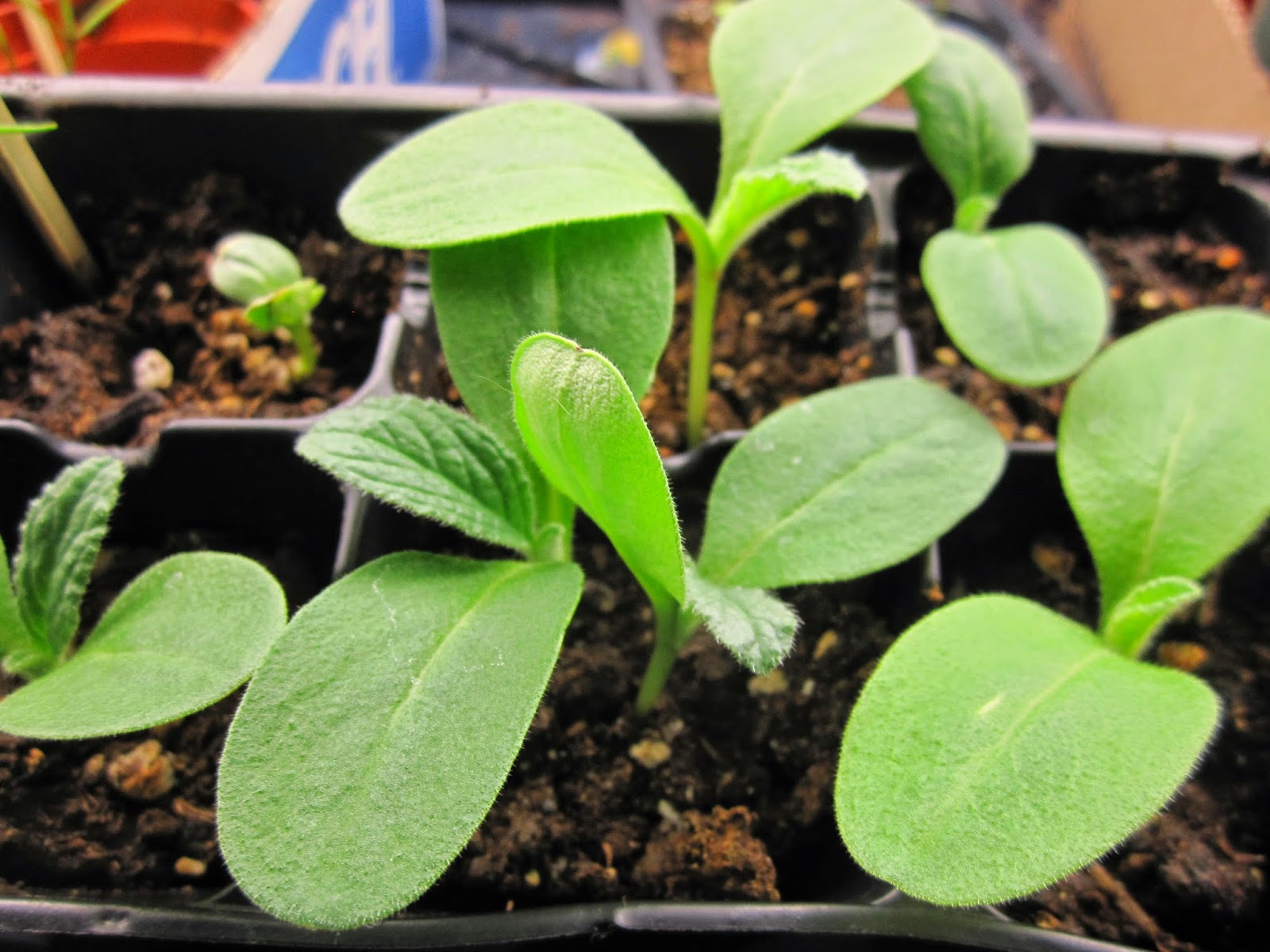 And although Borage is classified as a herb, I'm mainly growing it as a flower to attract bees to the garden.

I think if you see this through facebook, the profile shot is this borage plant (I don't check that facebook page much) from a few years back ... 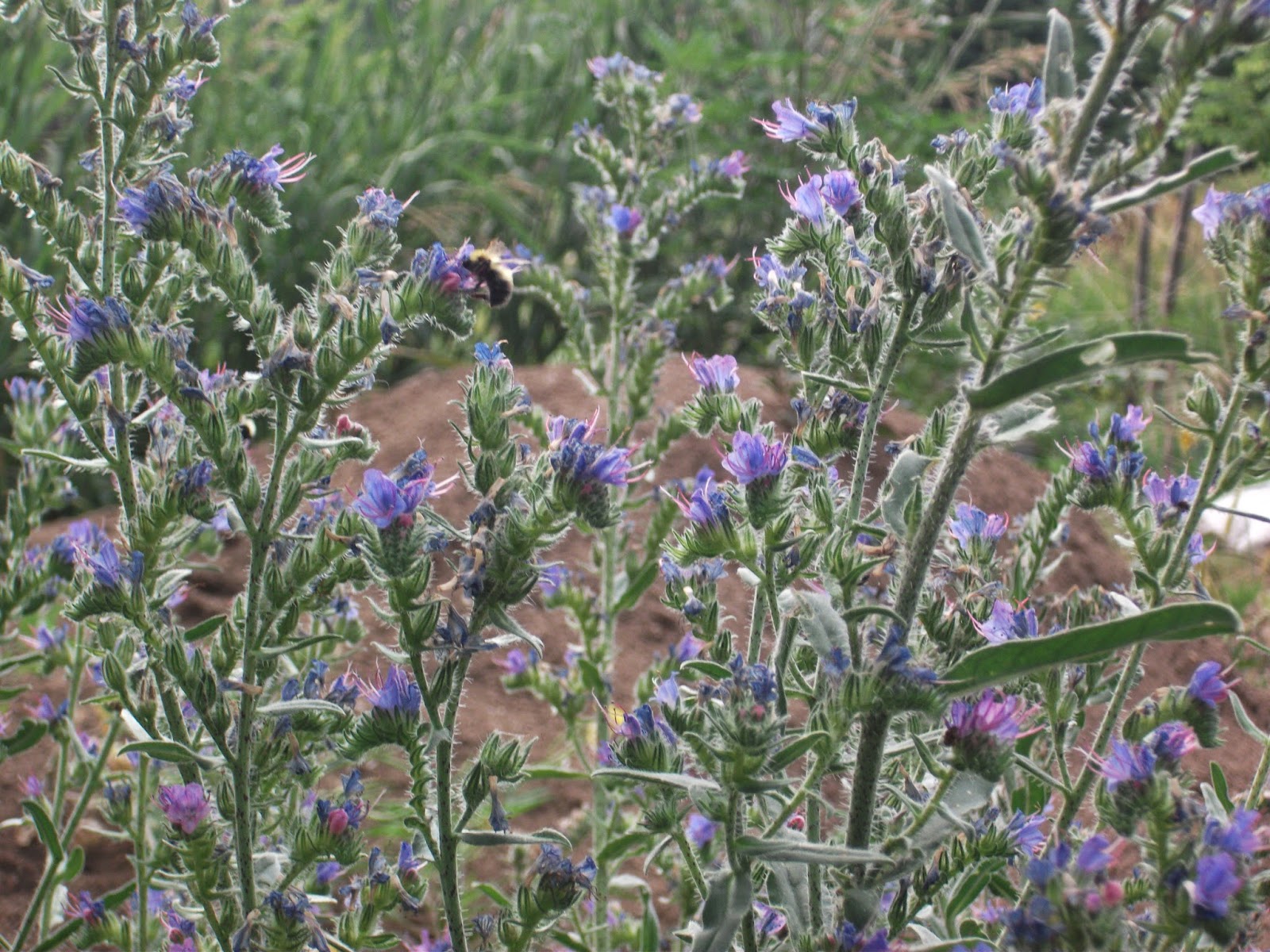