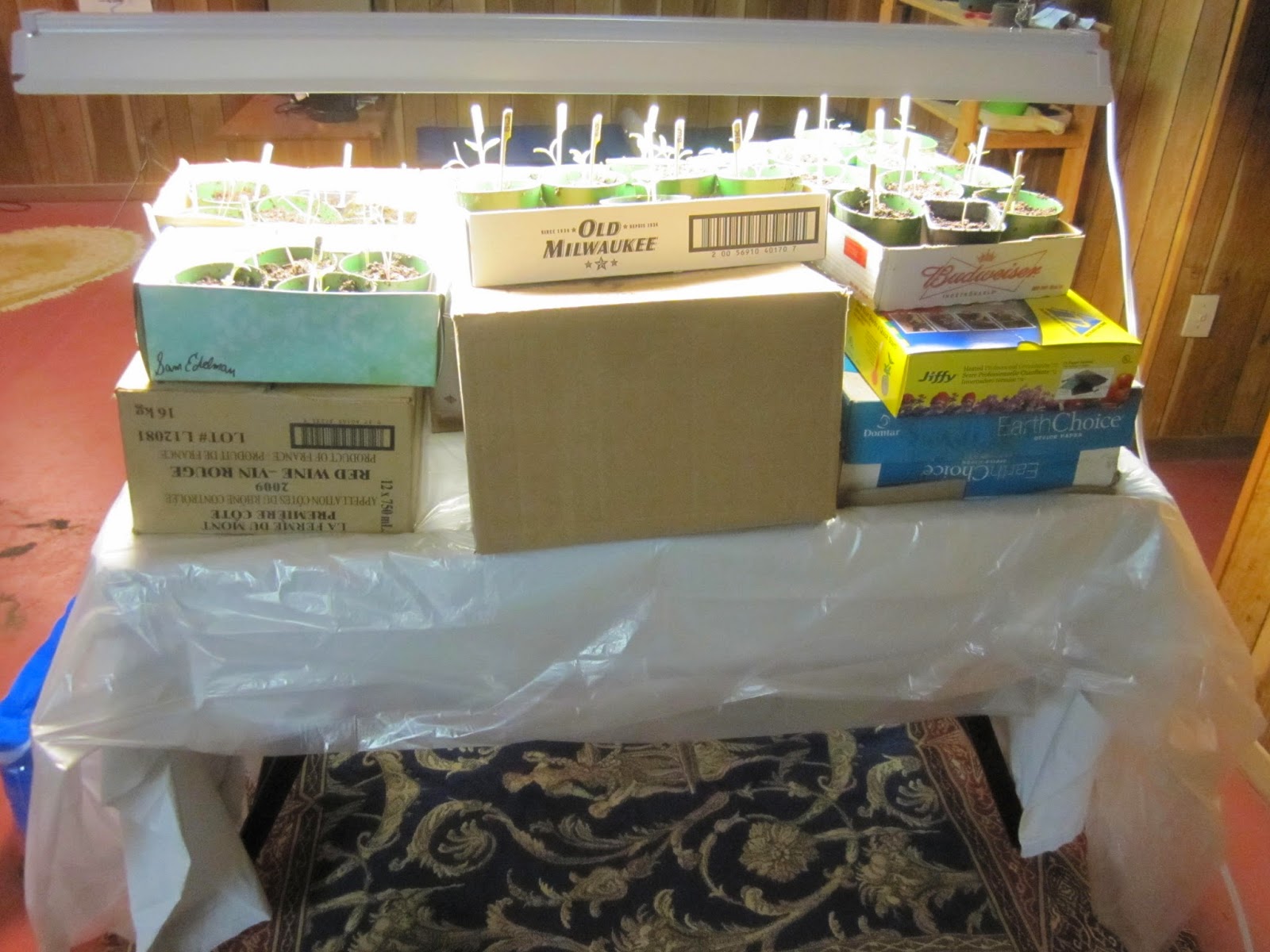 Hmm, I've cut back quite a bit on the number of seedlings I have already started, or plan to start, indoors this spring but only a month or so after planting the first seeds, I've already had to set up the second fluorescent light in the basement.  Even with the reduction from last year, I will still end up with at least a hundred or so.  And with each eventually transplanted into a 4" pot before going outside, you can imagine that takes a lot of space. 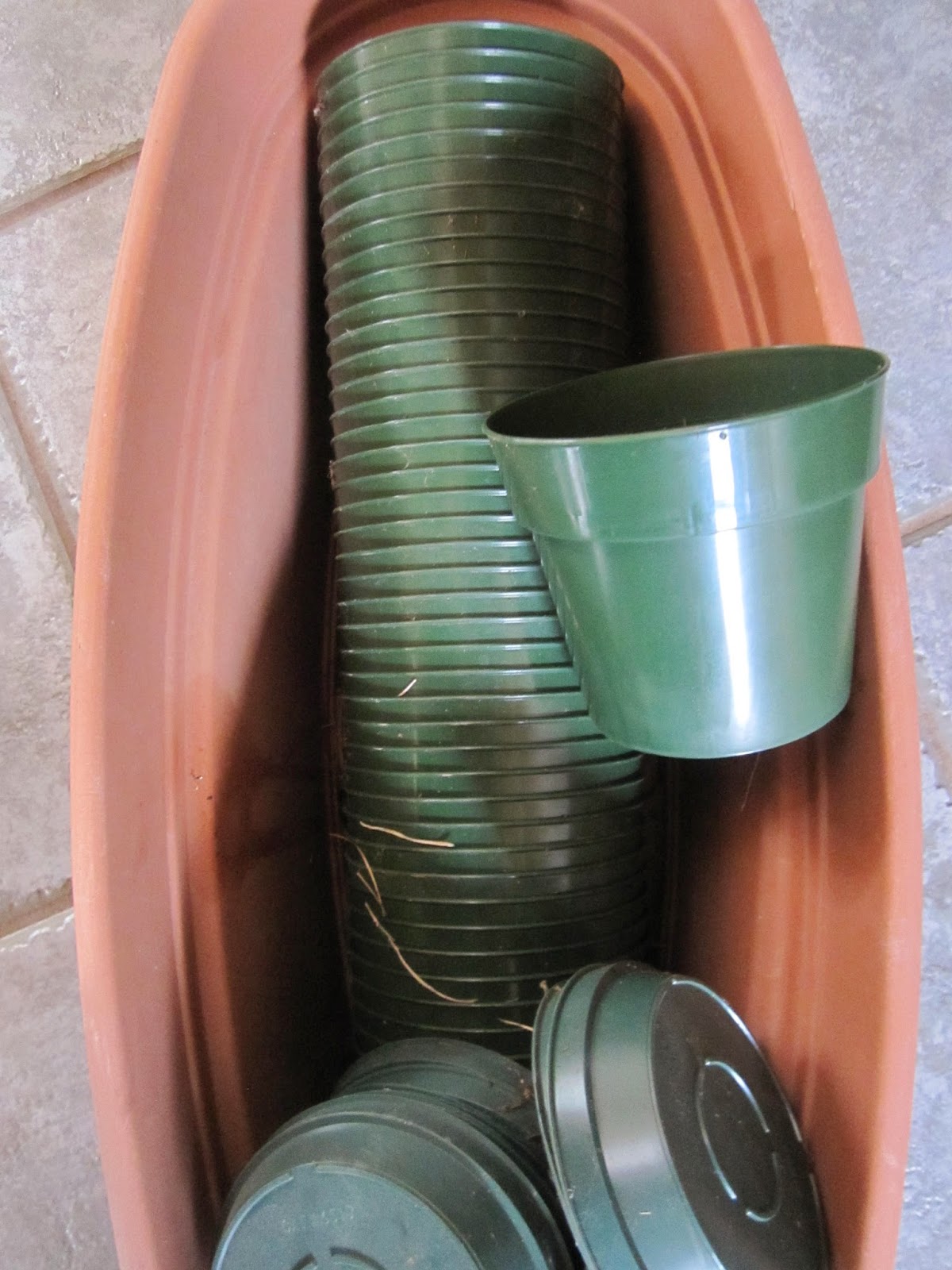 Speaking of 4" pots ... last year I had cleaned up a pile and left them in the basement as I knew I might not be able to get into the greenhouse until late March.  That was not enough so I thought I'd check out the now collapsed greenhouse and see if there was a way in to grab some gear.  No such luck.  Closest to the greenhouse where the snow has slid from the top, the snow is still 3 feet deep.  Luckily, after the windstorm did some damage to the greenhouse in the fall, I had pulled out some boxes of brand new 4" pots to store in the garage - I was hoping to barter with them this spring with another grower to save some cash, but I've had to use a stack of them.


This evening I transplanted another six each Brandywine and Black Krim tomato plants which has now doubled the totals for each.  And I did the same for about 20 San Marzano plum tomato plants.  I am having a hard time pinching away the weak ones; it always seems such a waste.  But I know what happens when 2 or 3 healthy plants compete for space and nutrients especially in these little pots.  So I'll have to do it soon. 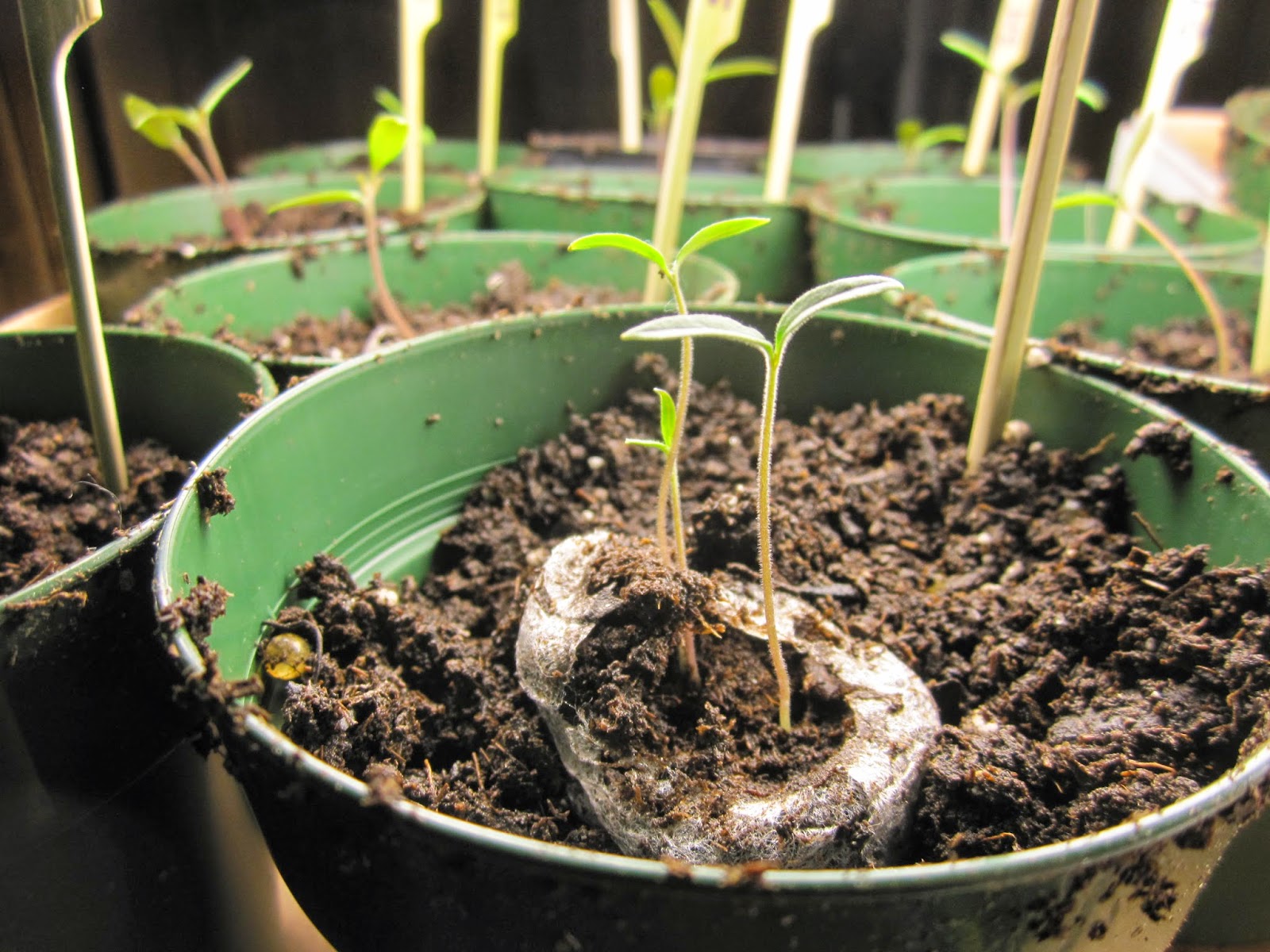 A few days ago, I also seeded some asters and hollyhocks.  I'm already a few days behind last year on other flowers including cosmos, marigolds and nasturtiums, but that's just going to have to wait with the late winter weather we've been having.

But I did sow some watermelon seeds as those traditionally need a longer growing season that naturally occurs in these parts - and one has started to show today after only 4 days! 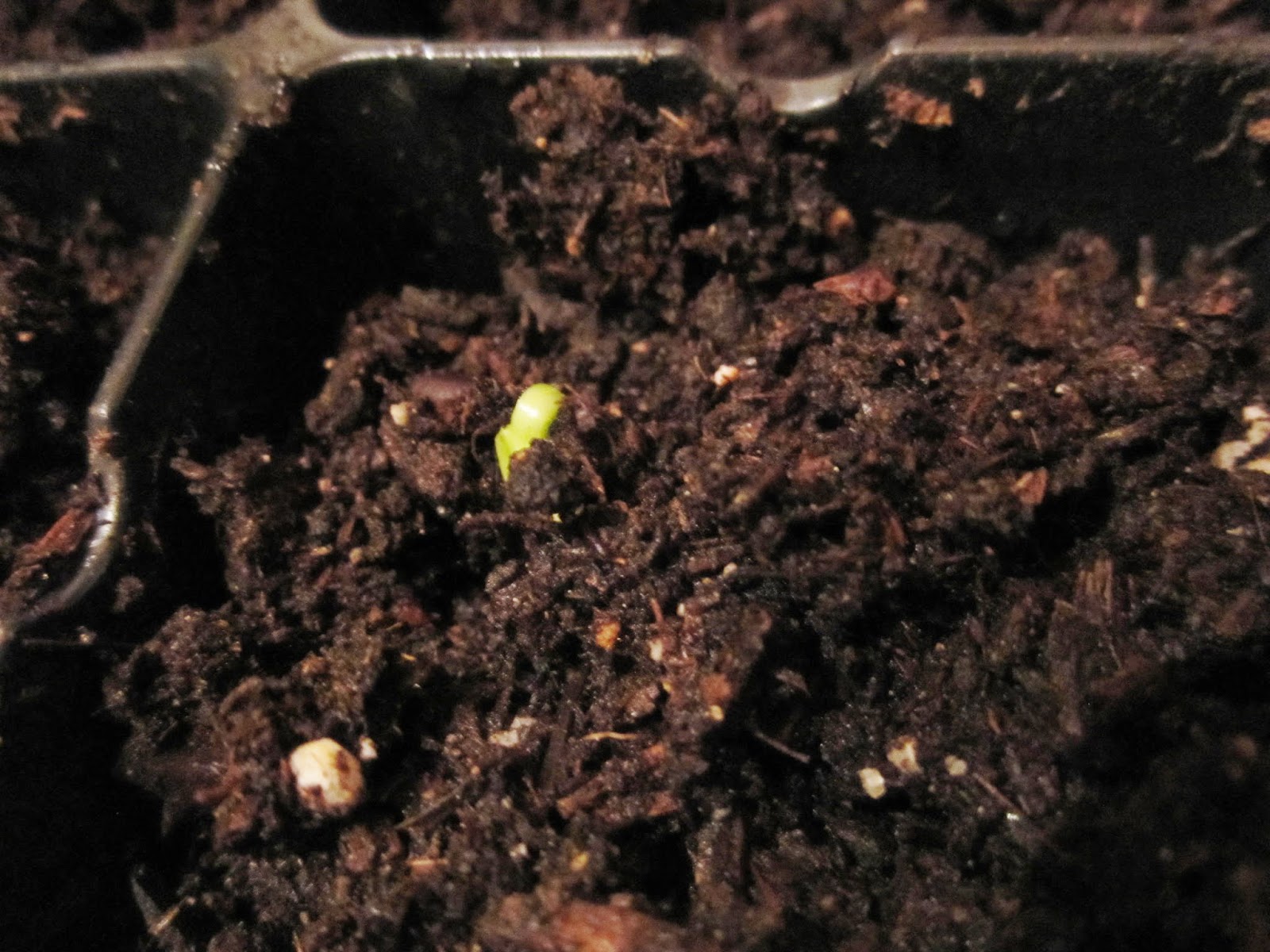 And lots of peppers on the heat mat (or some already under the fluorescent light) including several varieties of sweet red, two types of jalapenos, hungarian hot wax and some anchos (which I'm trying for the first time this year).