Return of the Perennial Veggies: Rhubarb and Asparagus! 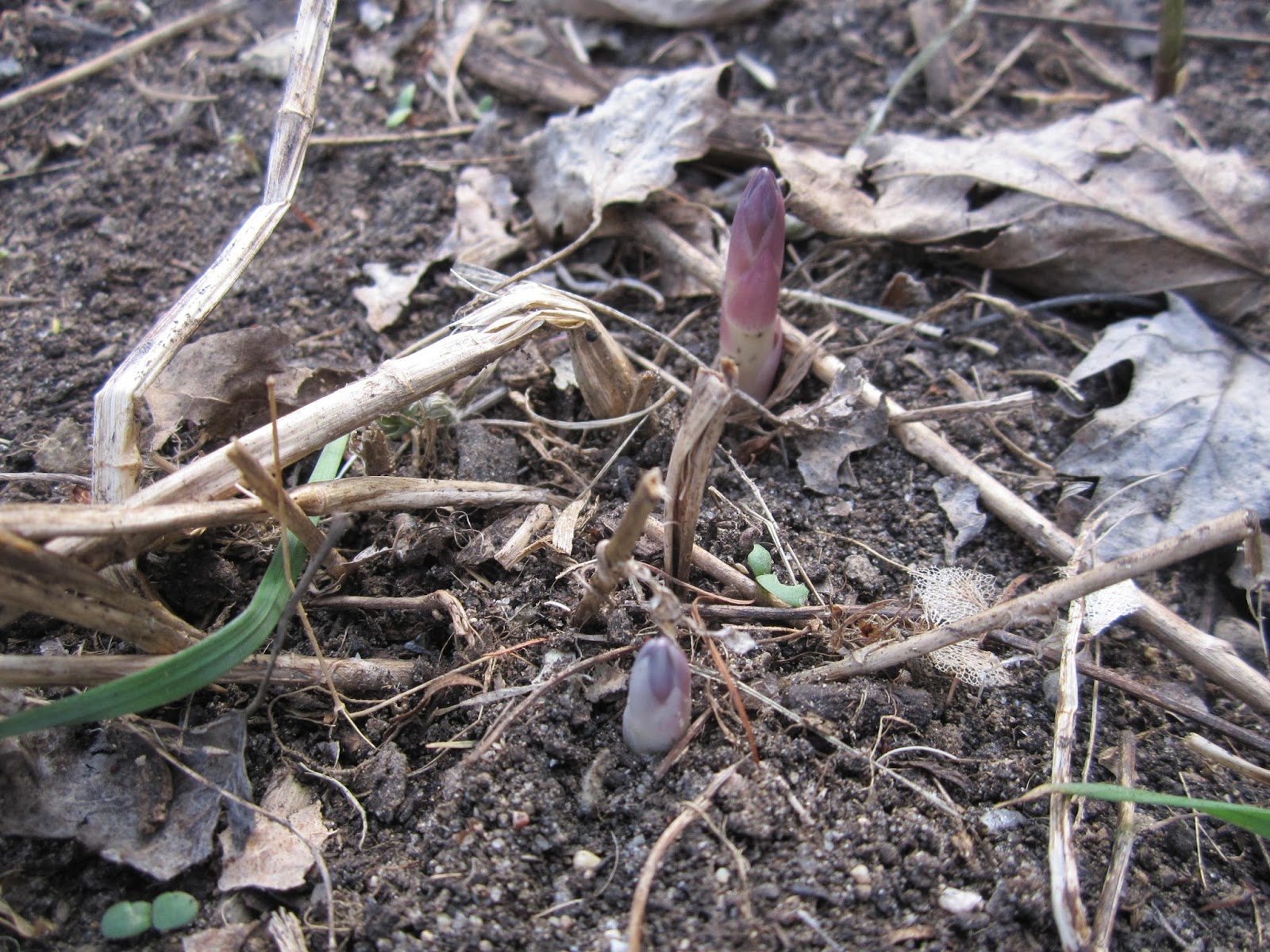 I planted about a dozen asparagus crowns last spring and I am very happy to see some coming up.  Well, only three plants so far, but at least it is something.  Can you even see the little nubs in the pictures above or below?! These are Mary Washington's. 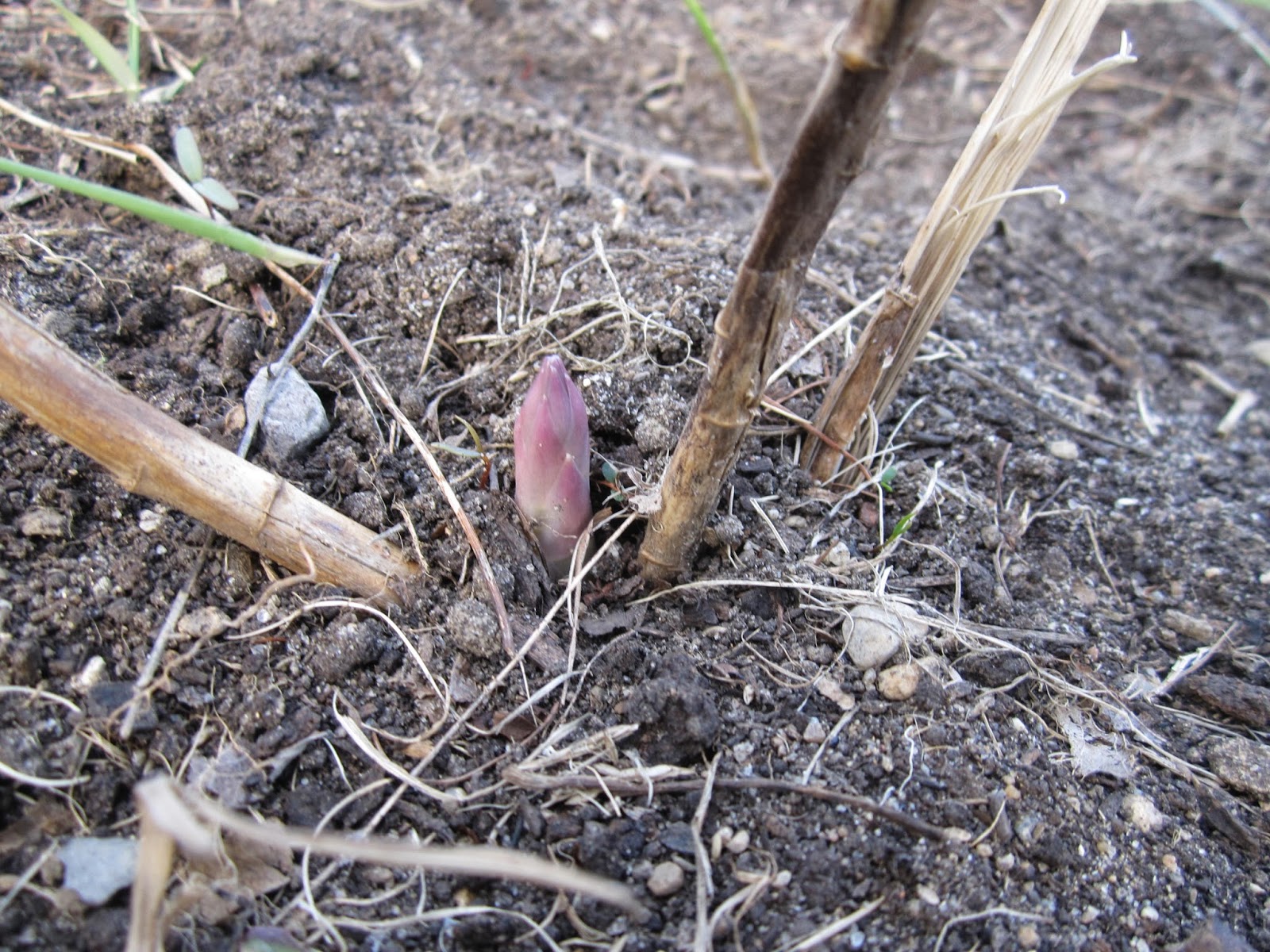 I planted in three different areas to reduce the risk of one site not growing well.  The raised garden, which I suspected would do the best as asparagus likes well-drained soil, has no signs yet.  But the little plot on the south end of the property has got a few popping up.  And the last "plot" consisted of one single crown near the house just to experiment with different soil and locations - nothing there yet either.

Unfortunately, I will have to refrain from picking any this year (okay, well not very many) ... asparagus should not be picked in the first couple of years after planting year-old crowns.  The fronds that it grows in the summer helps it to feed itself and, for the first couple of years, the plants need as much as they can get.  Besides, last year being their first, there were only a total of 20 spears or so from the 12 crowns.  So not exactly prime pickin' anyway.  Here is what the raised garden "fronds" looked like in September: 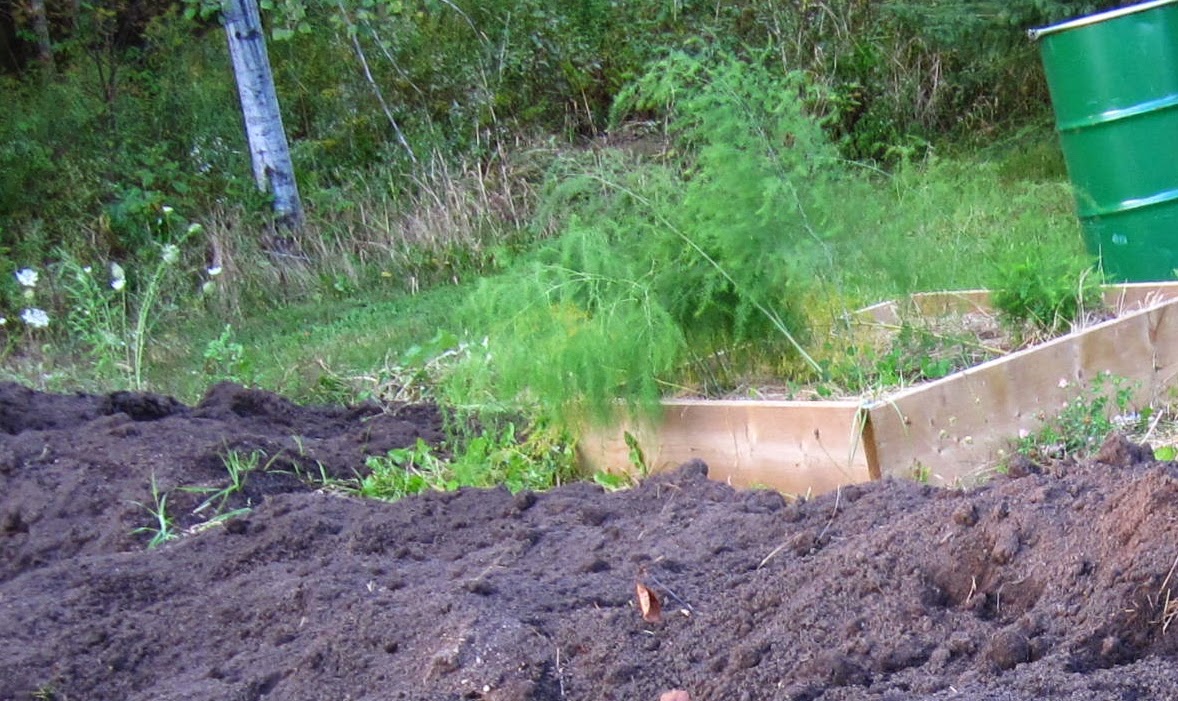 And right beside the south end asparagus plot is the rhubarb patch.  Again, these are new as of last spring.  A friend gave me a few of his that were well established, but I had also started two of my own from much smaller starter plants.  I thought I had seven, but I only see six coming up and can't imagine where the seventh might be.  But six is plenty!  Oh my, that will be more than enough rhubarb to enjoy and still have plenty to freeze for later!

I would love it if you would pass on your favourite rhubarb recipes in the comments section as I will definitely need some inspiration with how much I anticipate having this year! 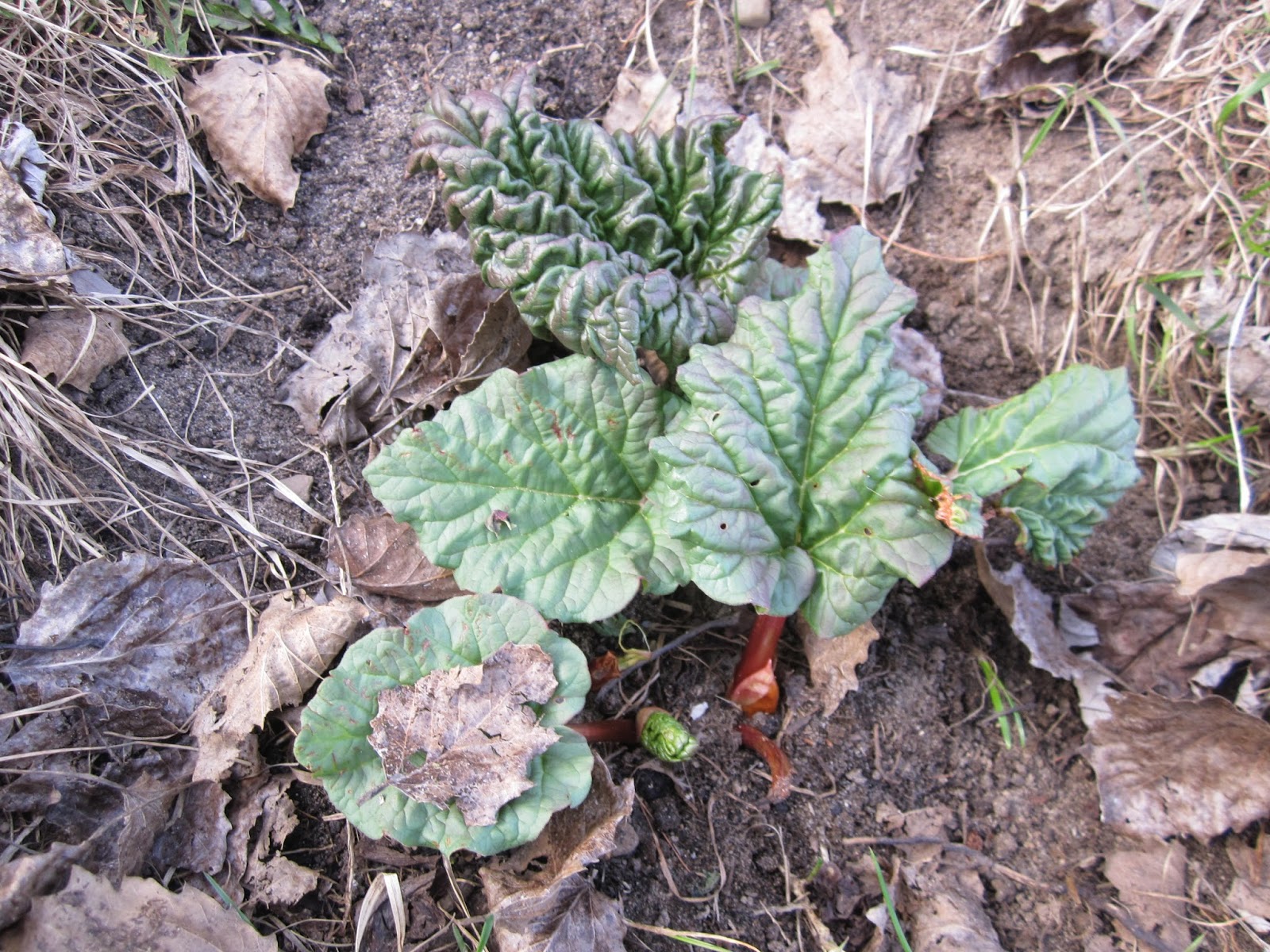 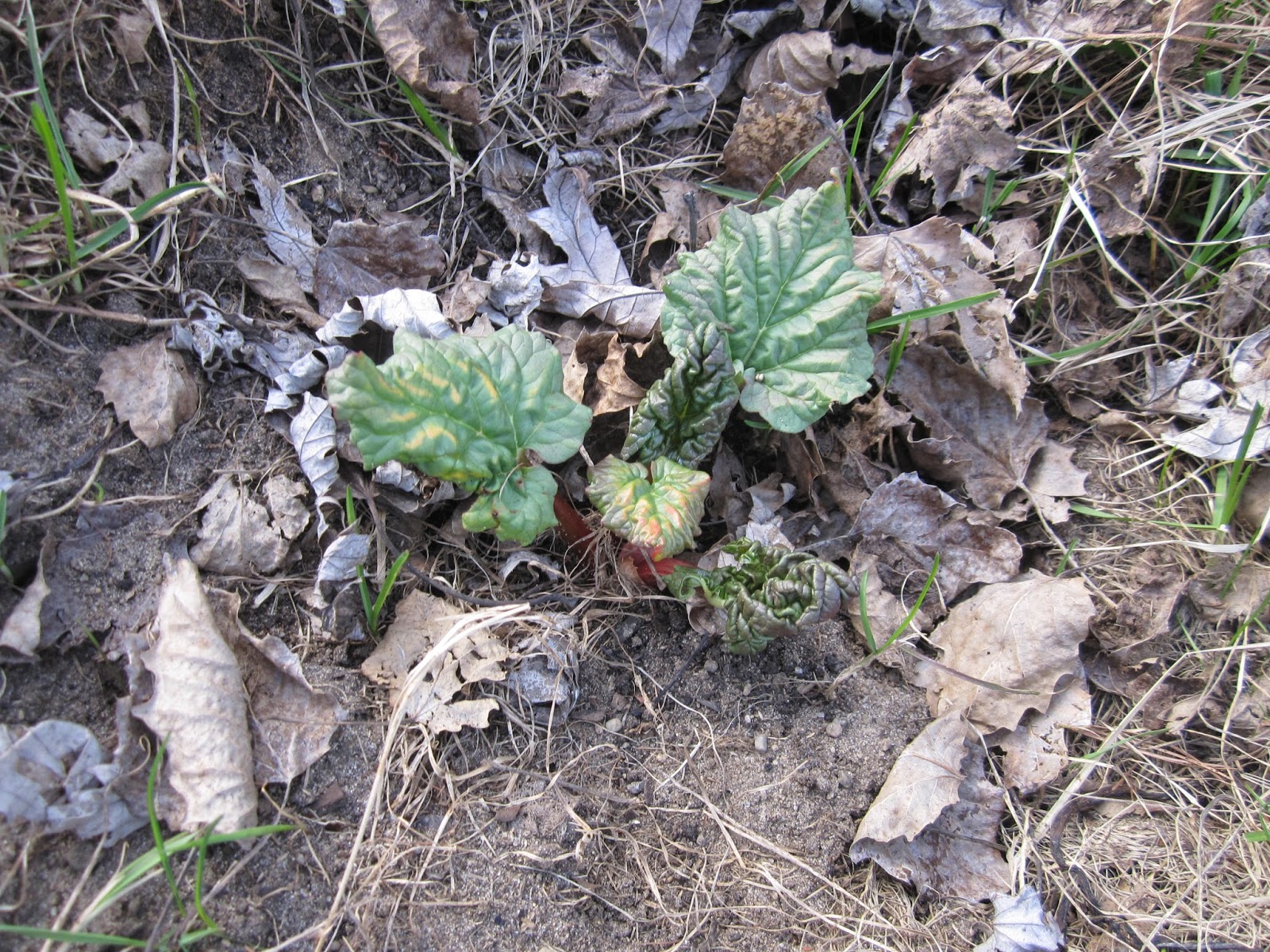