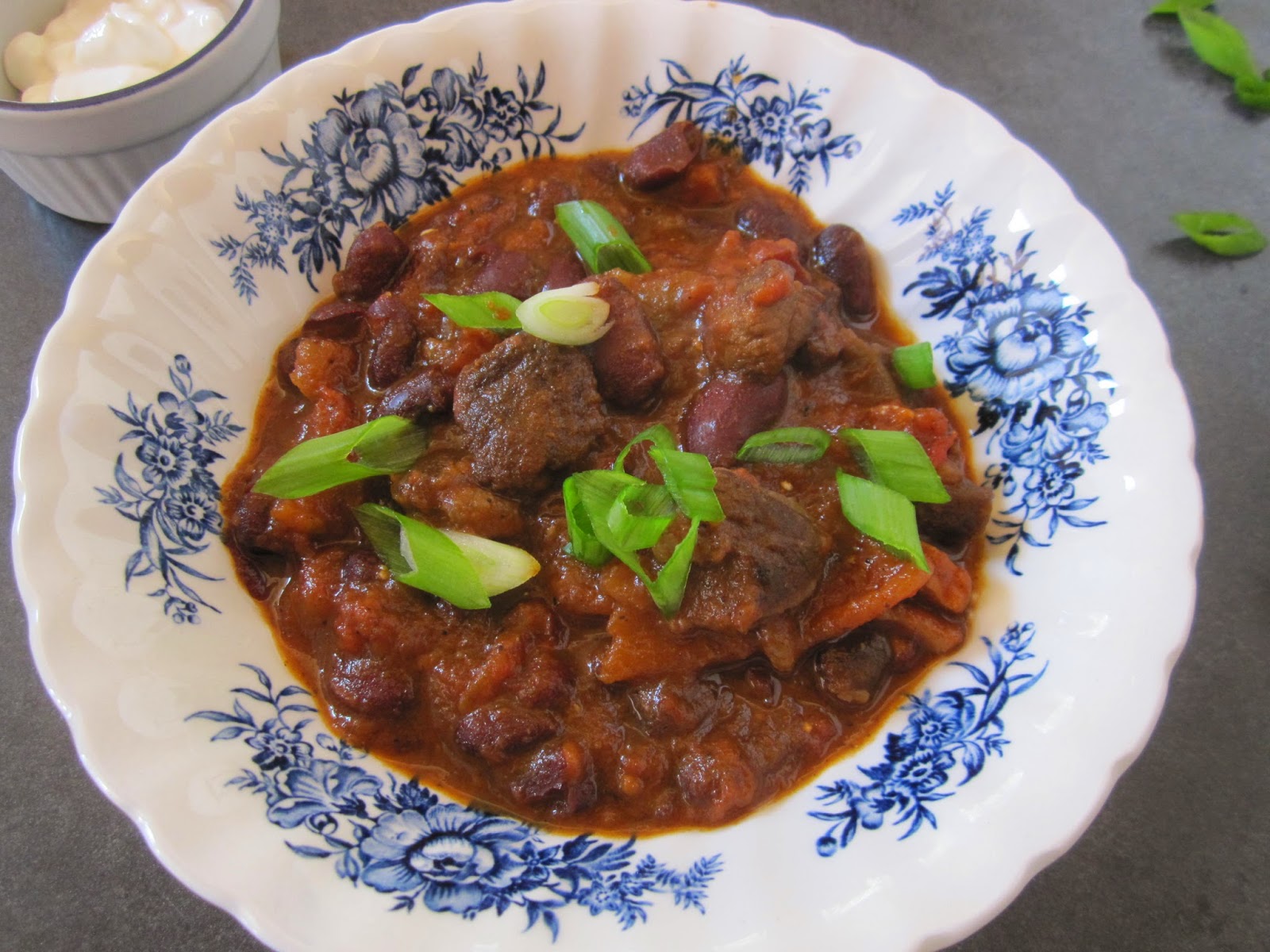 I have been thinking of making venison chili for a while now, but did not have any ground venison (used what I had to make this awesome venison bolognese).  I finally decided to try making chili with the only venison I had left in the freezer - some stewing meat.  I'm very
happy I tried it as it is delicious!

The style is like a cowboy chili; chunks of meat instead of ground.  The spices used are very common to chili: cumin, chili powder, cayenne.  In fact, the combo used here is very similar to my veggie chili but the venison definitely creates an entirely different outcome.  Even my lamb chili recipe uses the same combination but there are a few extra spices thrown in on that particular recipe.

Depending on the cut of venison, it may require an additional step to tenderize.  I soaked the cubed meat in equal parts red wine vinegar and water for about 8 hours.  This process is also supposed to reduce the gaminess of the meat - I just wanted it tenderized and I honestly didn't notice a reduction in the flavour, which I was glad for.  If you don't like that venison is gamey, you should probably just stick to beef! 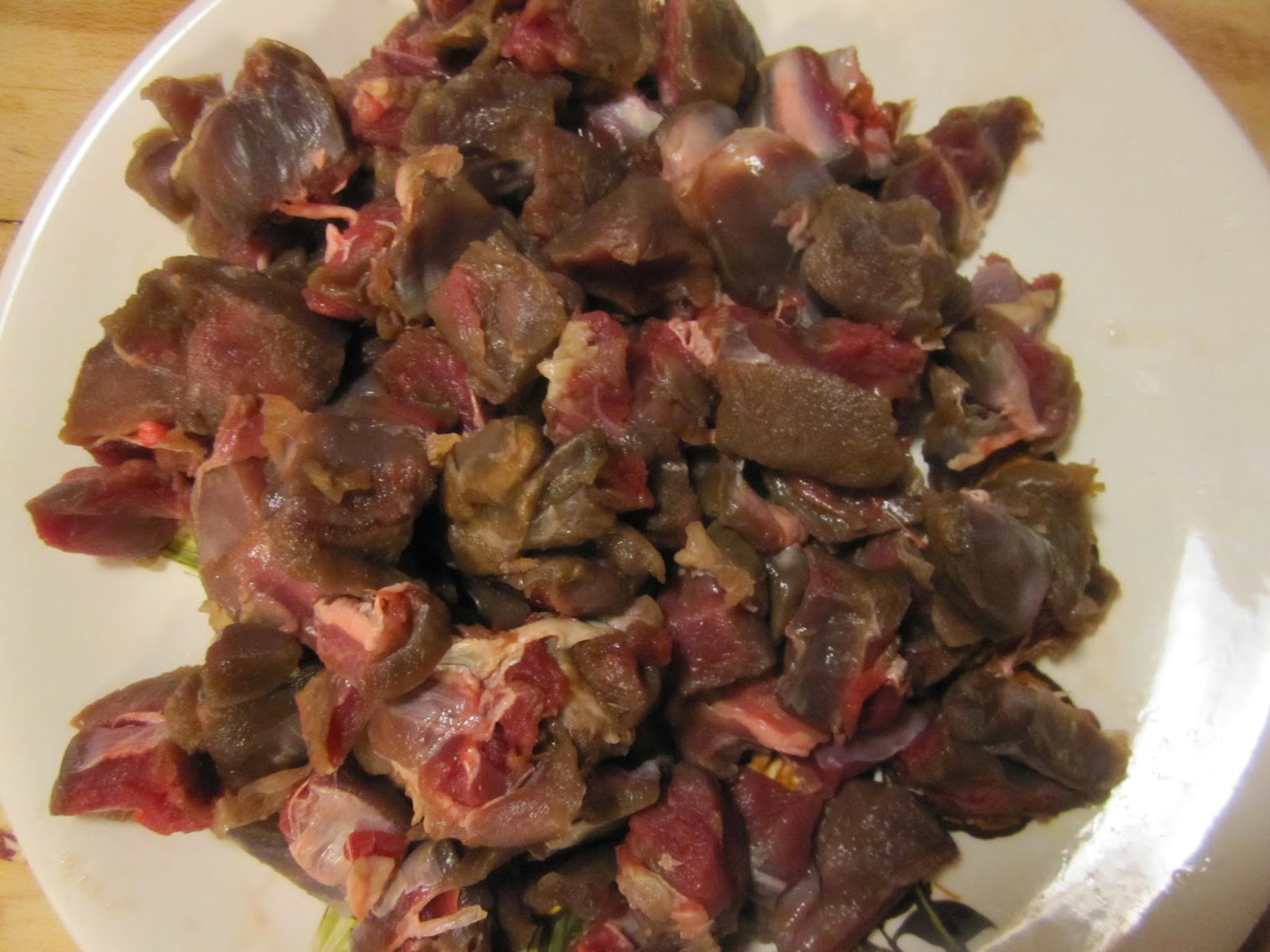 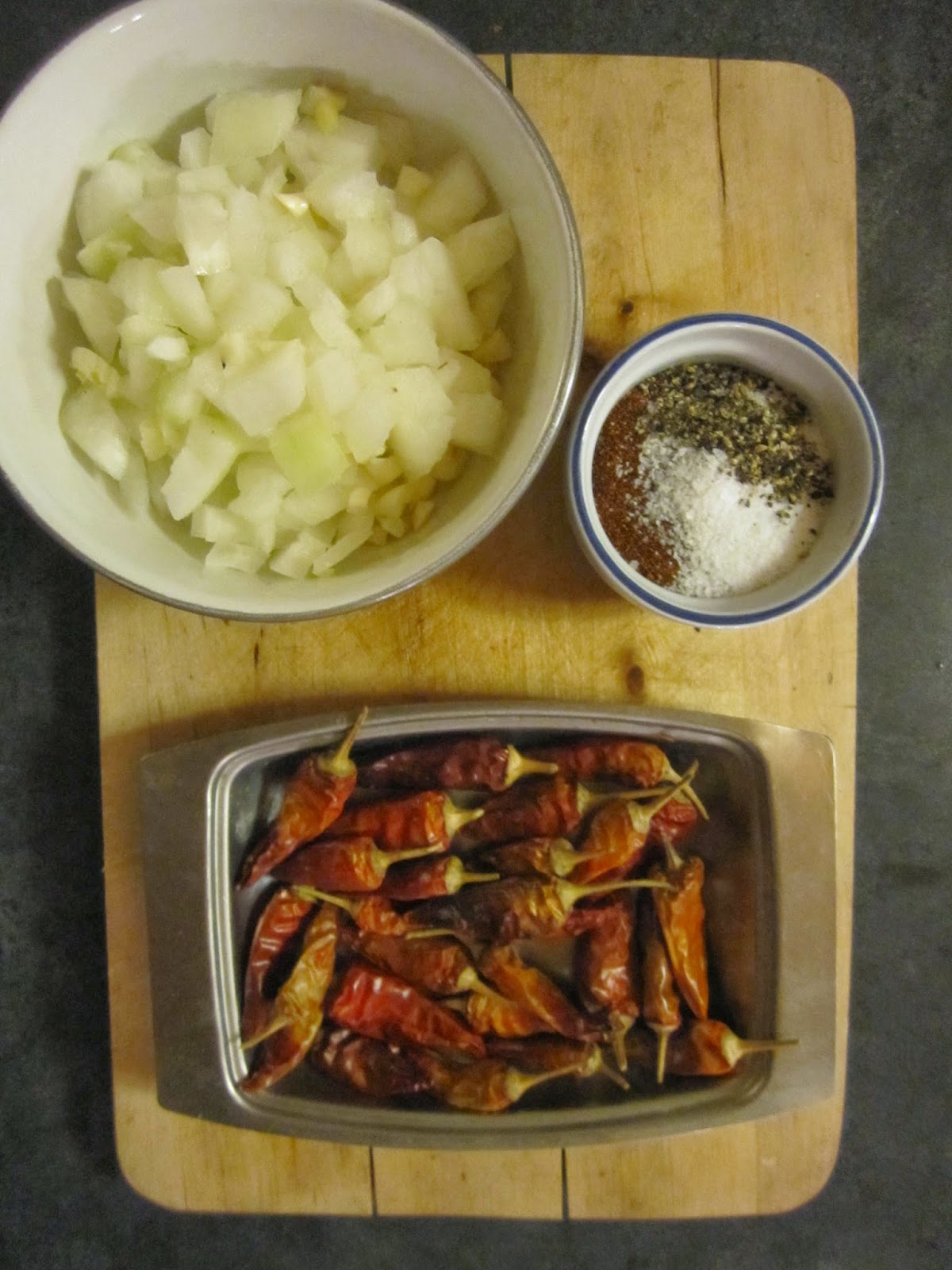 * I dry hot peppers in the fall and crumble them into a shaker to have "freshly made" hot pepper flakes from my own garden.  These came from a batch of peppers that look like ghost peppers which I had been given by a friend.  Crazy hot!

Method:
Drain the venison from the vinegar/water mixture (explained above) and pat dry with paper towels.  Cut into bite size pieces.

Heat 1 Tbsp olive oil in a large saute pan or pot and add chopped pancetta.  Let pancetta cook just a minute or two to release some additional fat then add the venison meat.  If your pan is not large enough, add it a bit at a time.  You aren't trying to sear it like you might for a beef stew, but still, you don't want it to get overcrowded and boil.  So just get all the meat into the pan a bit at a time and brown it.  This step should only take a few minutes.

Add the onions and garlic and let everything cook about 10 minutes until the onion softens.

Add the spices and cook a few minutes, while stirring, to allow the spices to cook a bit. 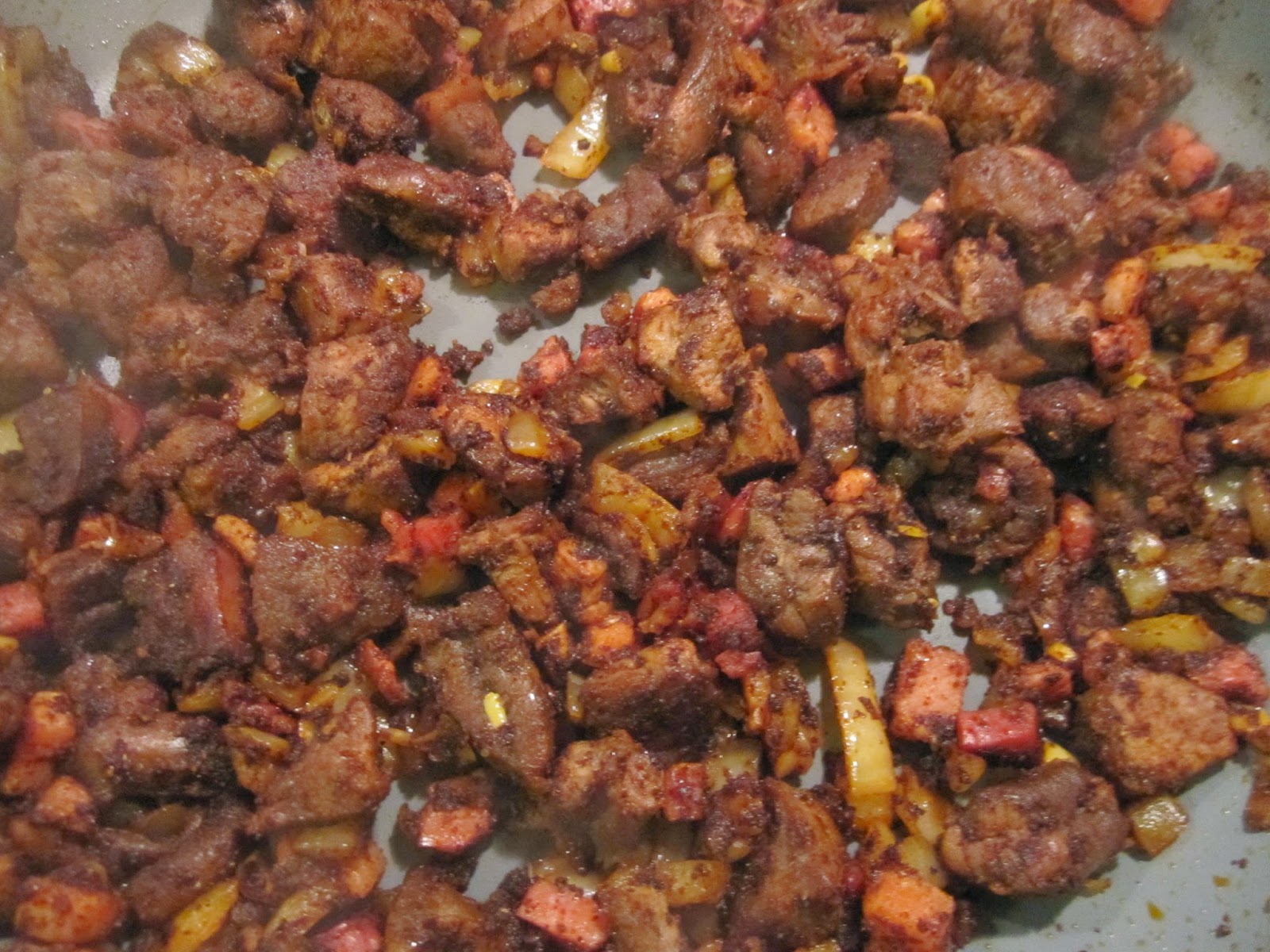 Add the beans and tomatoes and stir to combine.  Add 1 cup of water.  Simmer 1 - 1 1/2 hours. Depending on how tough the meat is, it may require additional water and a longer cooking time.  I added more than 2 cups of water and cooked just over 2 hours but it was sooooo tender and delicious it was worth the wait! 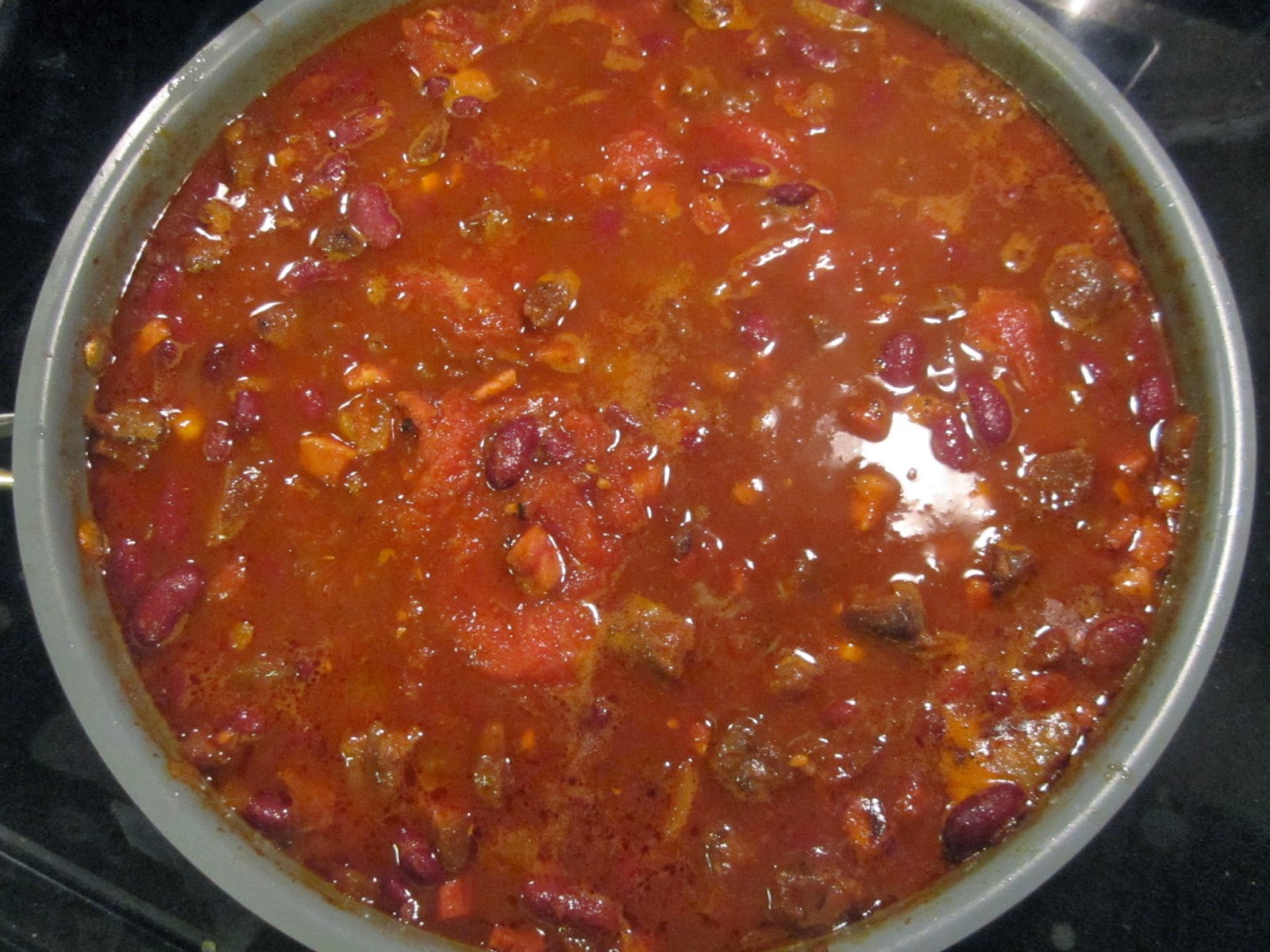 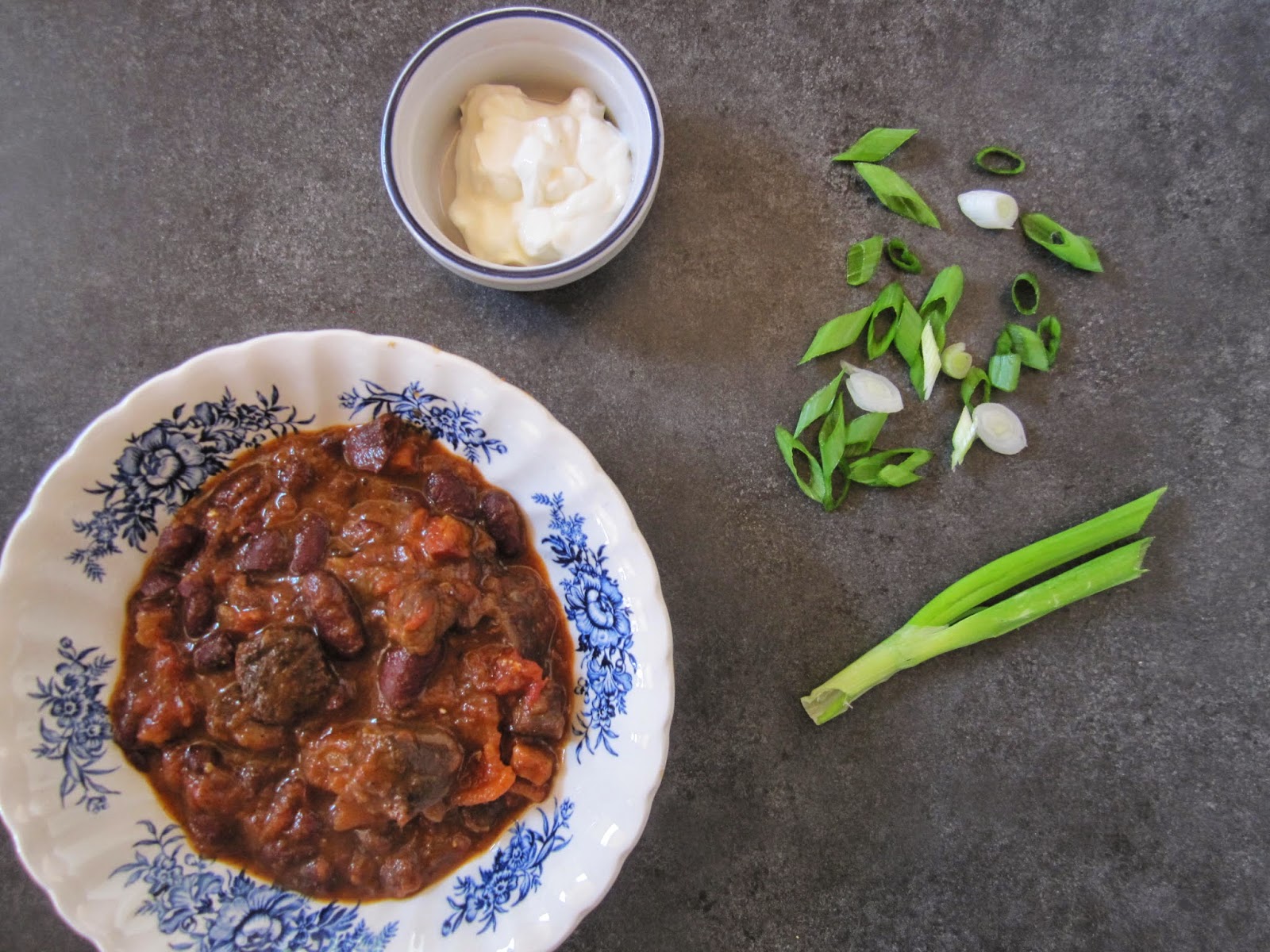 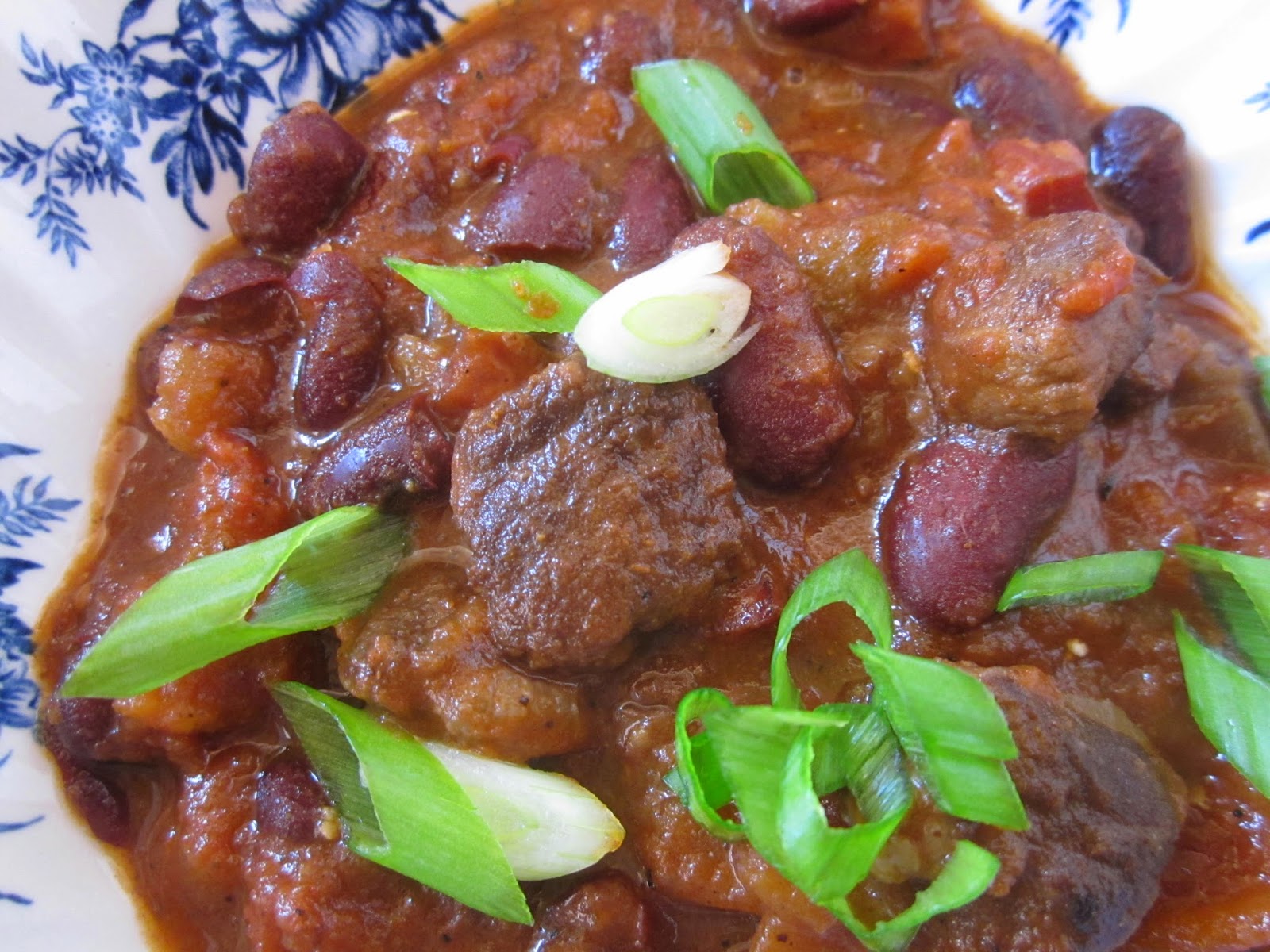