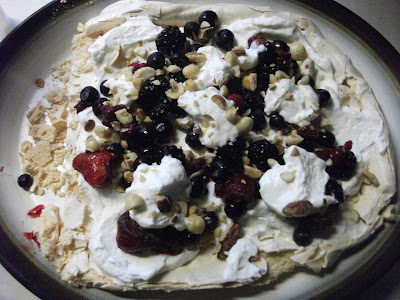 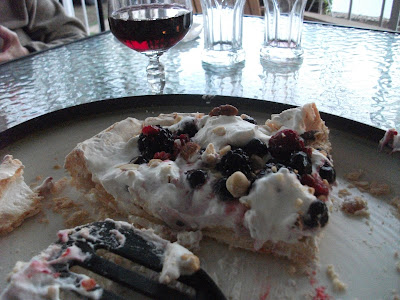 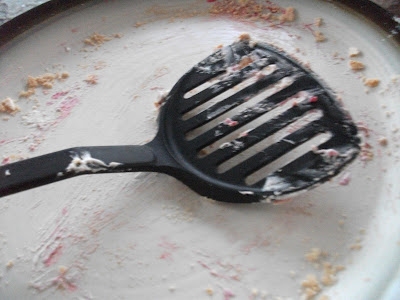 I love it when someone asks me to bring dessert to an event!  I love baking, but tend not to eat a lot of sweets.  My go-to desserts definitely tend toward the rich and heavy side, especially cheesecake.  To lighten things up for a weekend visit to a friend's place near Mississippi Lake, I decided to try a meringue.   This is a slightly modified version of a Jamie Oliver recipe from his "Cook with Jamie" cookbook called "The ultimate fruit meringue with vanilla cream, hazelnuts and caramel".  I did not include the caramel in my version, and changed some amounts and used variations on other ingredients based on what I had available.  His fruit meringue recipe references his basic meringue in the same cookbook, which I've shown below (my version is approximately 2/3 of his): 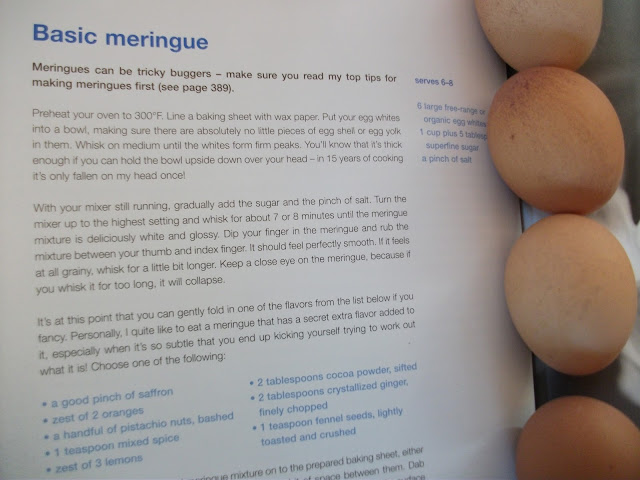 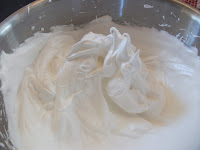 Whisk egg whites at medium speed until firm; add sugar a bit at a time until fully blended and the pinch of salt, then beat on high until egg whites are glossy. 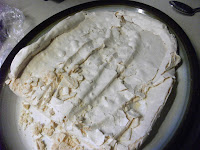 Spread onto a wax-paper lined baking sheet (about 1-1.5" in height) and bake at 300F for about an hour.  Meringue should be crisp on the outside and chewy (baked marshmallow texture) on the inside. 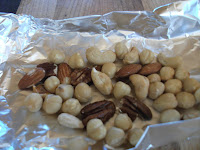 In the meantime, whip the cream, adding vanilla and sugar to sweeten (I used about 1-2 Tbsp, but obviously make it as you prefer).  Nuts should be roughly chopped and put on a pan or piece of foil.

Once meringue is removed from pan, let cool.   Put nuts into the oven and roast until lightly browned - this won't take long so keep any eye on them.

Press lightly on the surface of the meringue to create a hollowed centered.  Spoon on the whipped cream, saving some for the top if you want.  Sprinkle with nuts and add berries.  You can make this one single layer of each, or several layers. 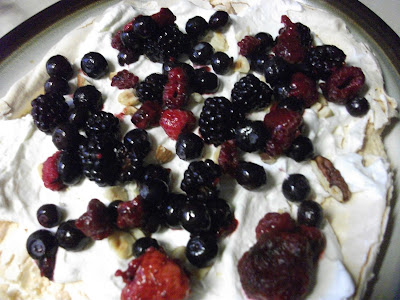