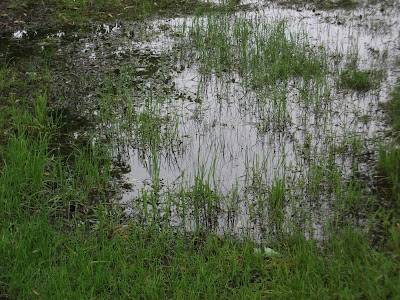 The past week has been cool and wet ... I actually covered the plants two nights ago fearing frost.  But all is well, and the lows for the next few days are a few degrees above freezing.  Whew!!  But there have been heavy rains, and parts of the yard have flooded again, unfortunately.  So far, the outside veggies seem OK, but I may have lost some flowers that were planted from seed just before the rains hit.

The potatoes planted outside a few weeks ago look good albeit a bit soggy; but the fingerlings (my favourite potato!) were put in the ground just a few days before the rain hit and I'm not sure if they will be too waterlogged at this point.  And the container potatoes in the greenhouse are looking awesome - on the verge of flowering. 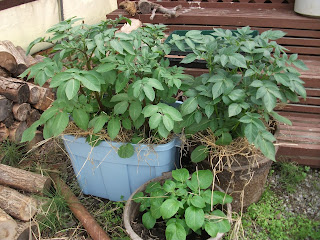 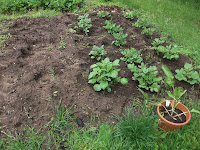 I have had some challenging times with onions this year. I spent months babying the onions grown from seed in the house, but I think the location in the basement was too cool and those few that germinated did not grow well. So after much effort, I ended up having to buy onion seedlings (in the garden just today).  Not sure what I'll do next year. I like to grow from seed for the different varieties, but this year was certainly a lot of work for nothing. 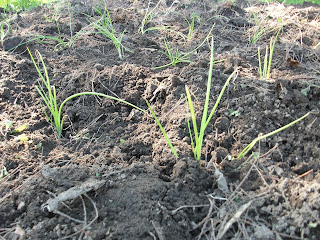 Both the bush cucumbers and the one sugar pumpkin I have in the greenhouse are already flowering.  I have considered pollinating the pumpkin "manually", but the male and female flowers never seem to be open at the same time.  It's still early in the season, so I'm hoping that won't be an issue. 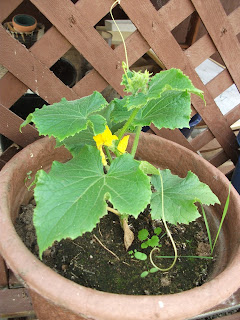 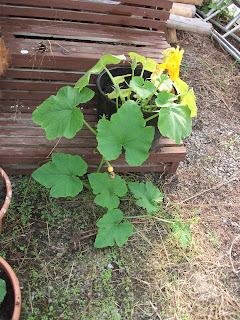 But I am slightly concerned about the pumpkin patch outside.  They weathered previous frosts as I had them in the ground quite early this year.  But I do hope the rains have stopped for a few days as the area around the patch is far too wet and needs to dry up soon! 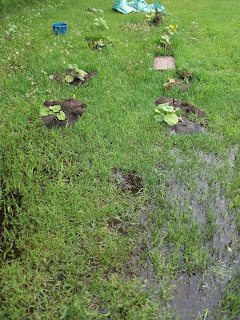 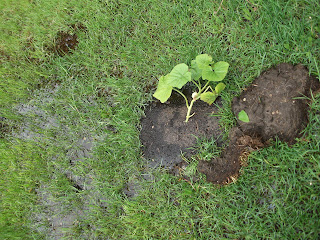 The most exciting developments are the peas which are now flowering, and a tomato!!  The tomato happens to be on a plant that has been set aside for a friend, but there are plenty of flowering plants otherwise. 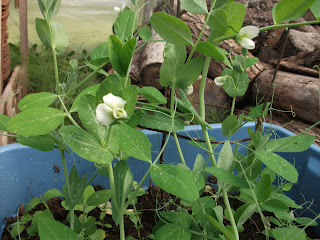 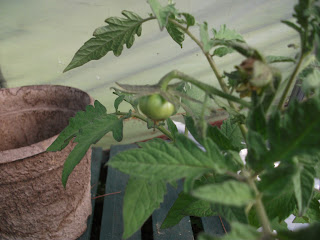