Beans: Nibbled by Something 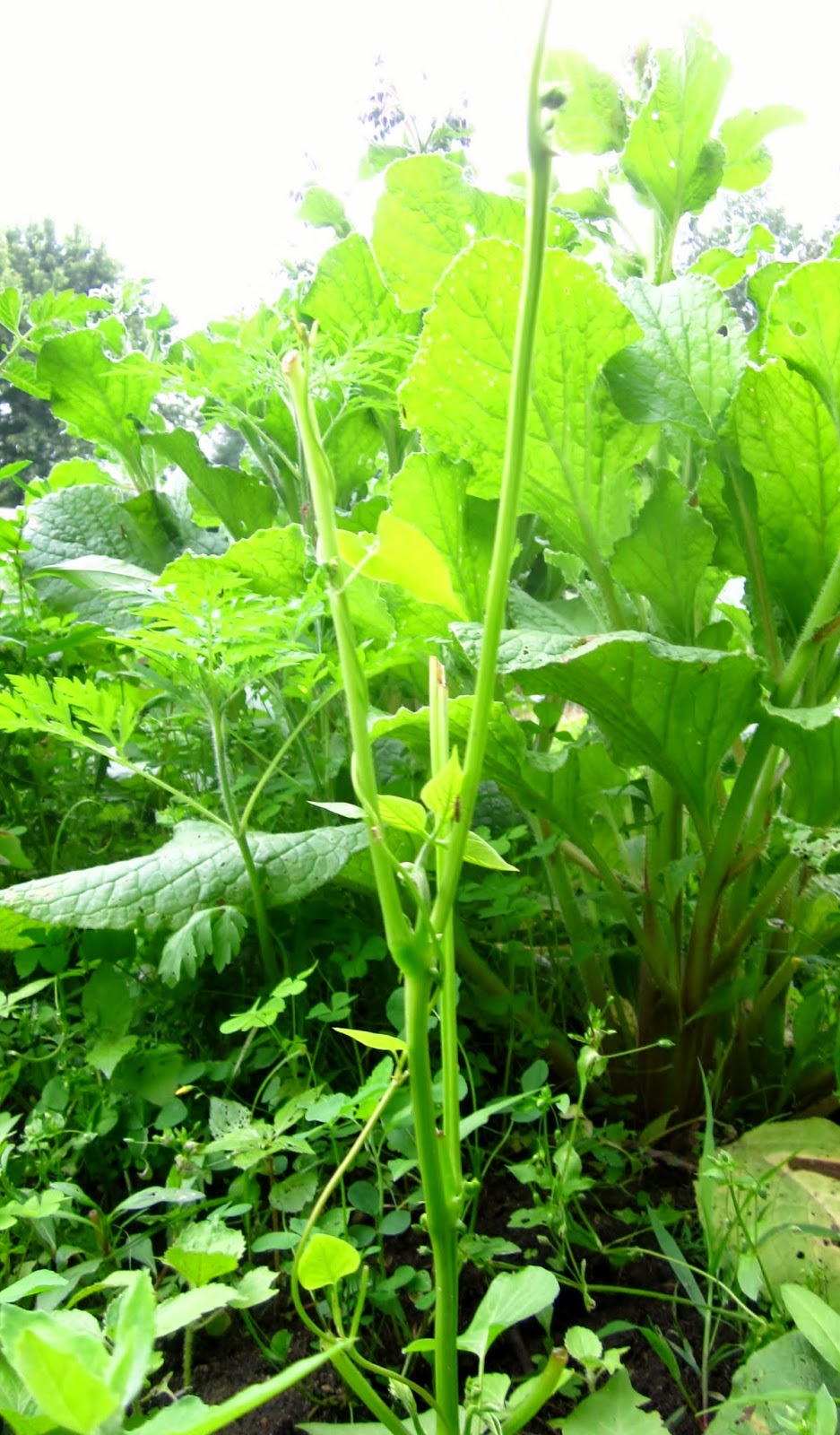 This occurred Monday evening ... I watered the garden and harvested some veggies and went inside around 6pm.  The beans were perfectly fine then.  I went out again at 7:30pm to dump some bits into the compost and the beans had pretty much been ravaged.  Bunnies maybe?  I've seen just a few deer in the yard over the past year or so since I've been here, but I'm pretty sure they don't normally come that close to the house.  But wow ... that was quick!


The beans are surrounded by borage (why wasn't that touched), tomatoes (with very little fruit at this time) as well as some volunteer potato plants that came up from last year's crop.  Only the beans were eaten. 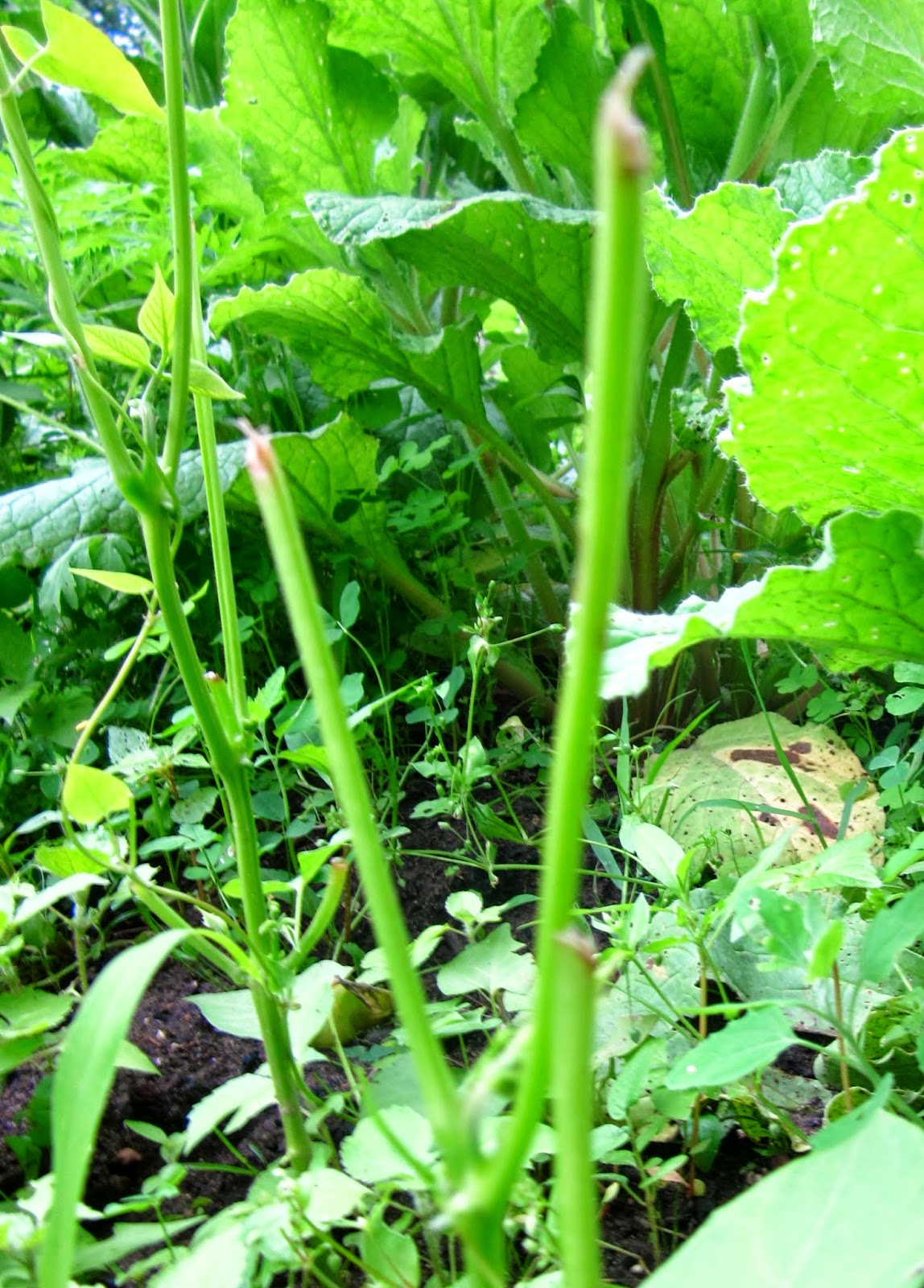 Those were the Tarbais beans (white drying bean).  I doubt they will survive - and if they do, they'll probably get nibbled again.  This is only my second planting season here so I think I'll just let it go and see what happens this year.  Then I'll have a better sense of what needs to be fenced in and such since there was no indication last year of anything like this (not a single nibble in any of the gardens last year aside from bugs).

But I did plant a few Tarbais into the Three Sisters Garden after finding most of the Scarlet Runner beans had been eaten by crows. Sigh ...

And the Borlotti beans are looking just fine (knocking on wood even as I write that). 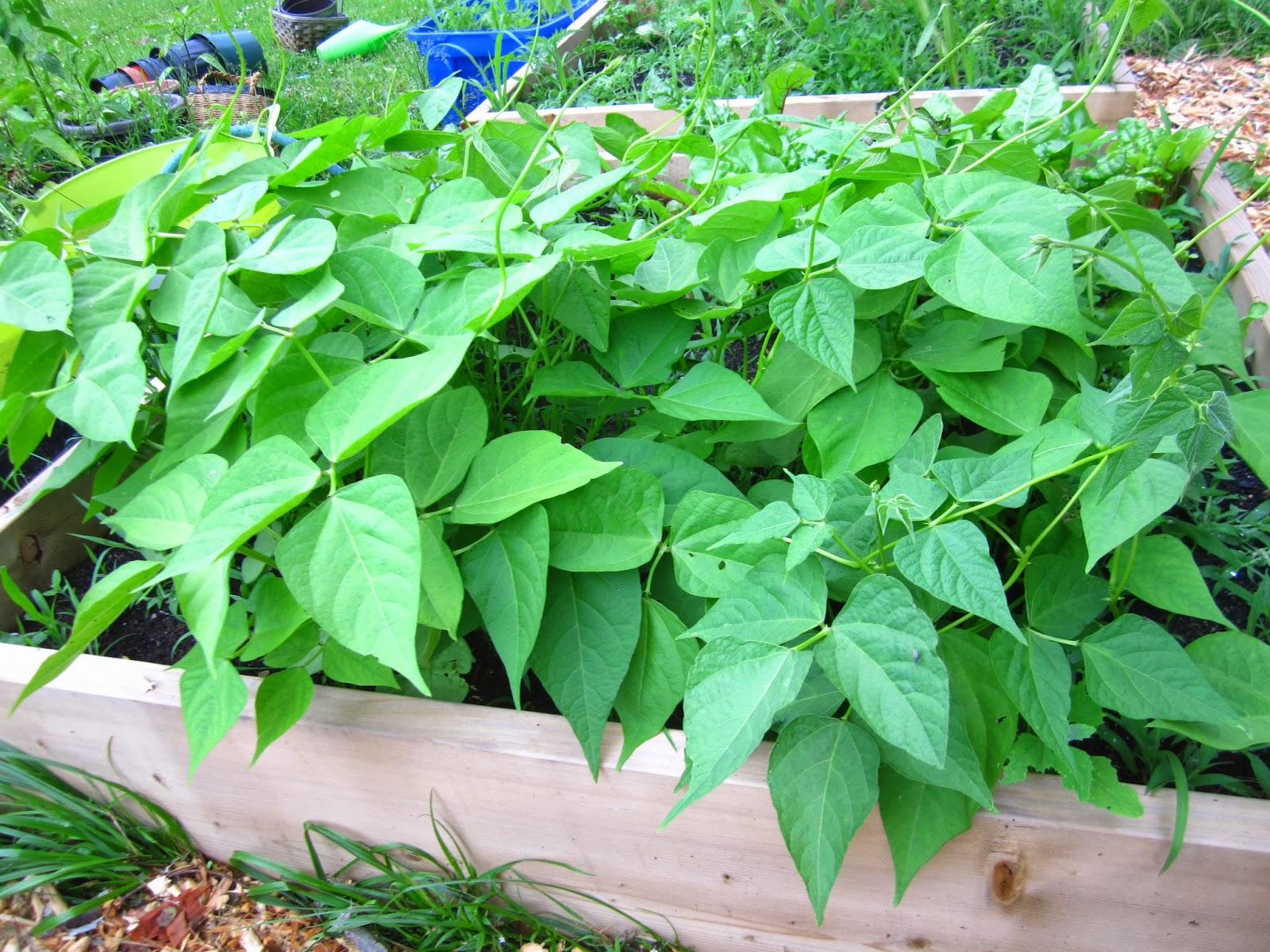