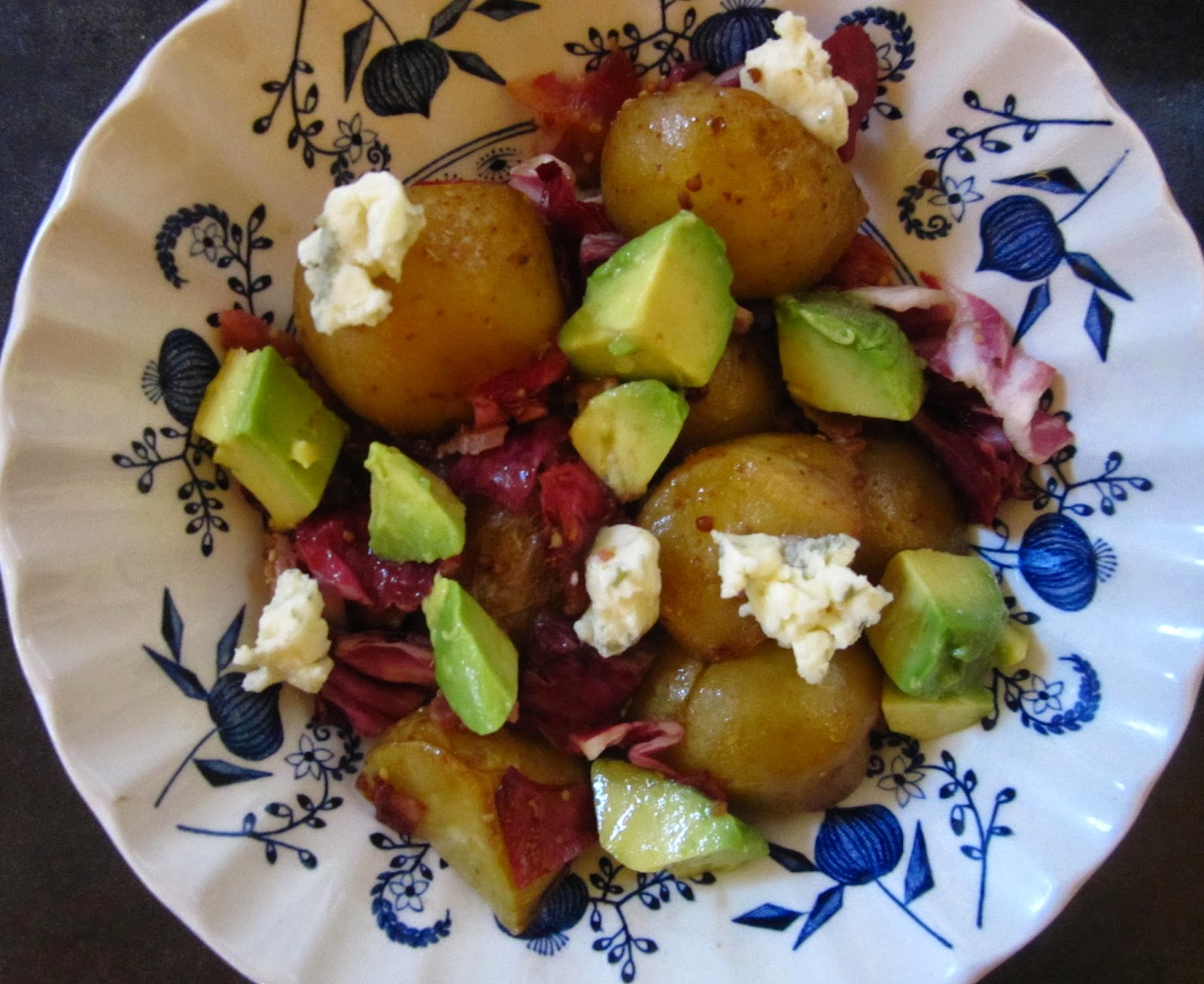 Well, the title pretty much explains it all ... other than a couple of ingredients to make a vinaigrette the ingredient list is all there! 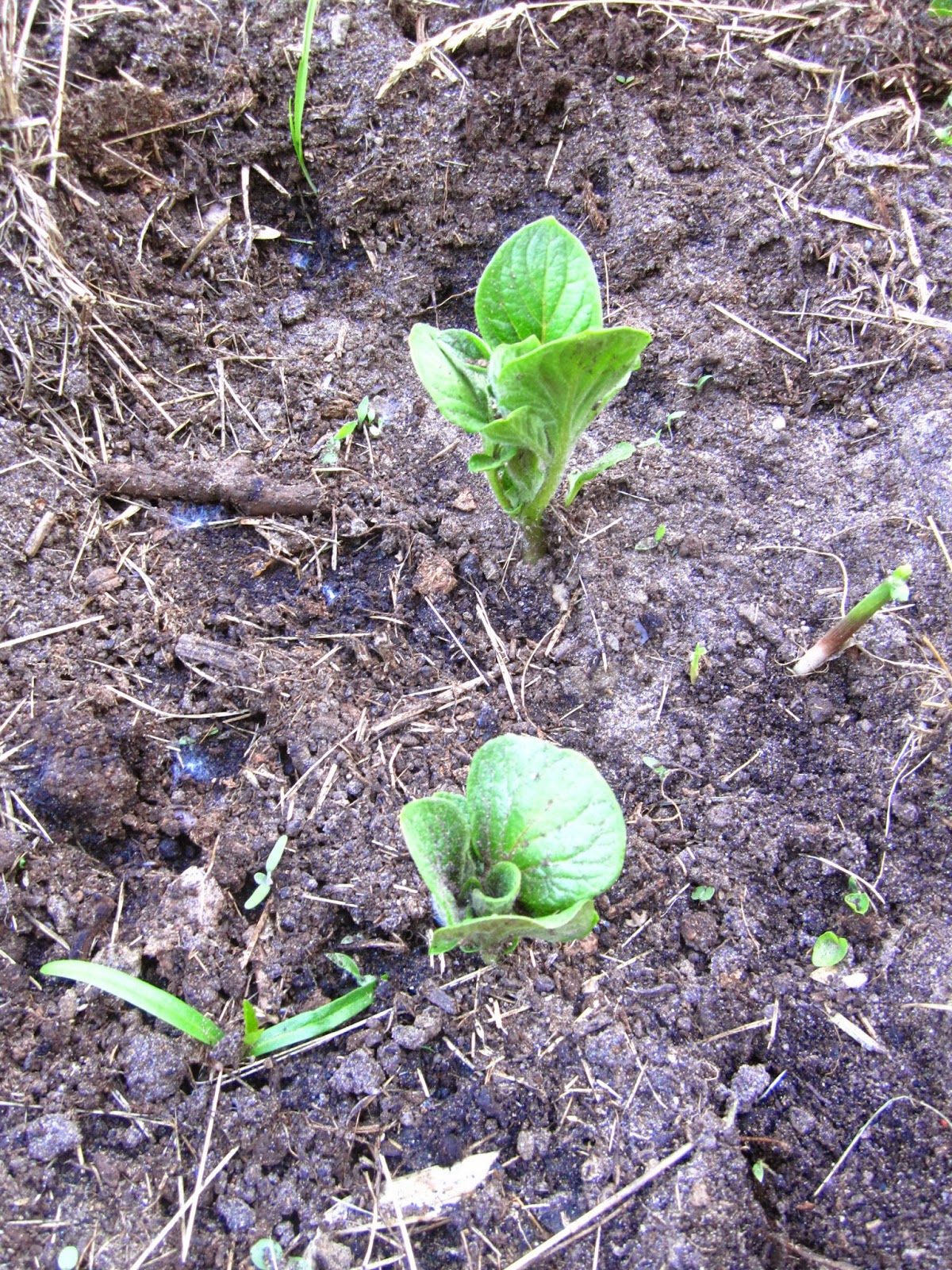 To be clear, this is not my first potato salad!  I've made many before and posted the recipe for my go-to potato salad last year.  But I have recently been inspired to try a few new potato salad recipes so this is a challenge to myself.  At least five new potato salads by the end of the summer ... and realistically, I probably won't even try another one until I can use some of my own potatoes which are just starting to sprout.


Although I did plant two in a container several weeks ago which are much further along: 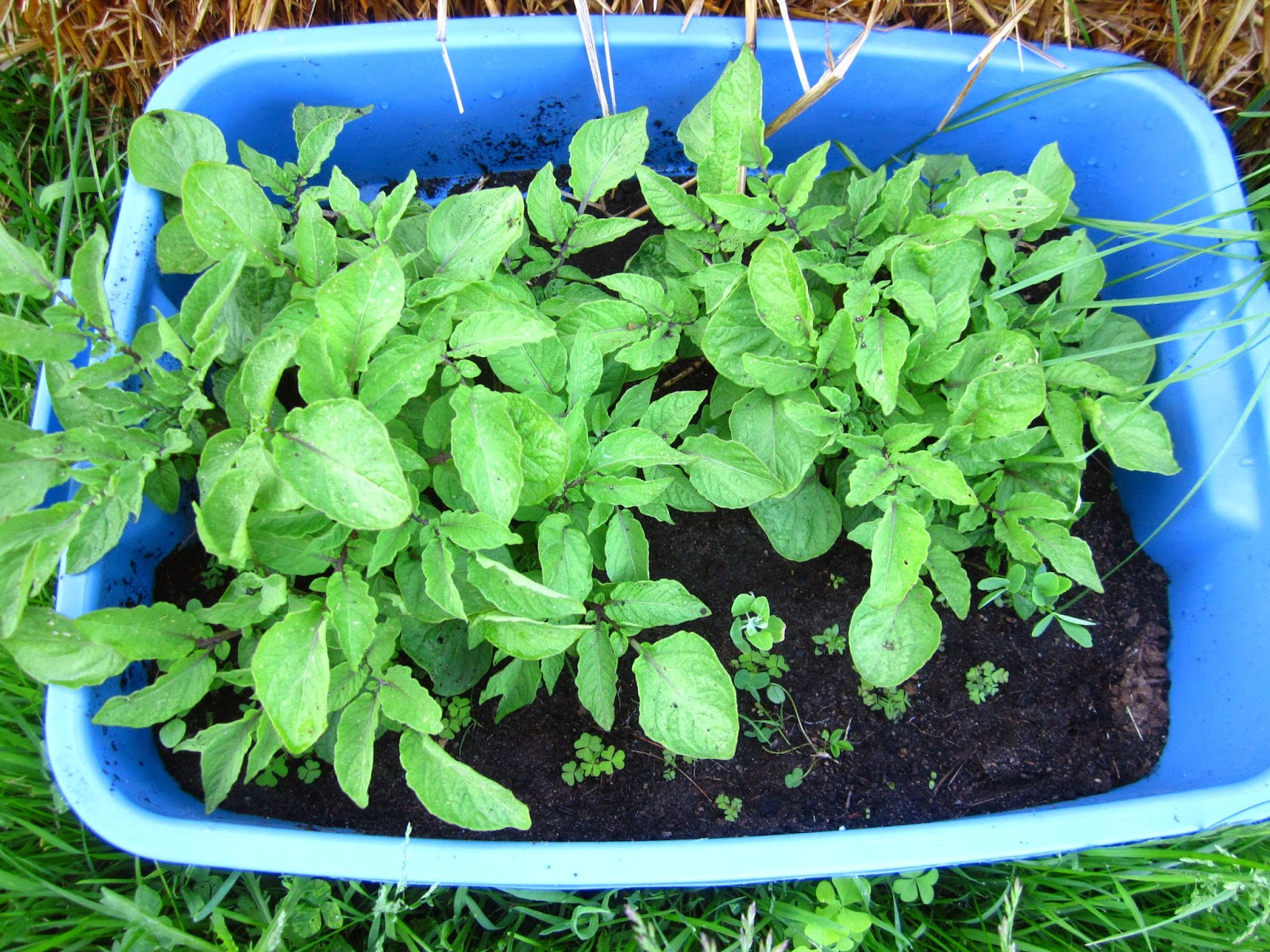 The bacon and blue cheese combo are probably familiar to many and I've added avocado and radicchio as well.  It's pretty loose how much of each ingredient to include but I've noted the few ingredients that I measured. 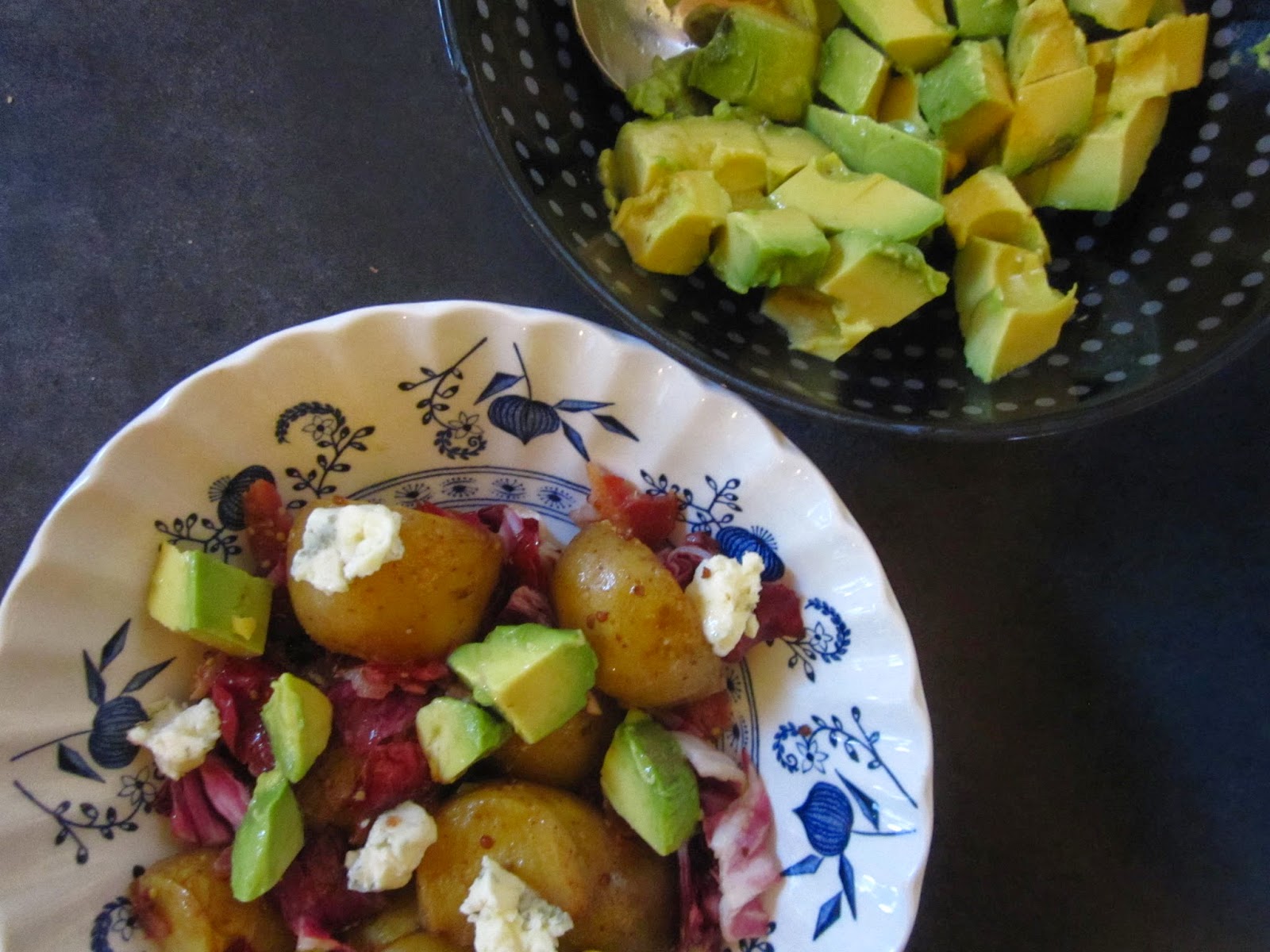 Place potatoes in a baking dish.  Fry bacon until crisp; remove bacon and pour fat over the potatoes.  Bake potatoes at 375 degrees F until tender.

Roughly chop the radicchio and set aside.  Crumble the bacon.  Cube the avocado - place in a small bowl and squeeze lemon juice over top to avoid the avocado browning.

In a large bowl, combine mustard and vinegar.   When potatoes are ready, add them (while still very hot) into the bowl and toss several times.  Because they are still hot, they will absorb some of the vinaigrette. 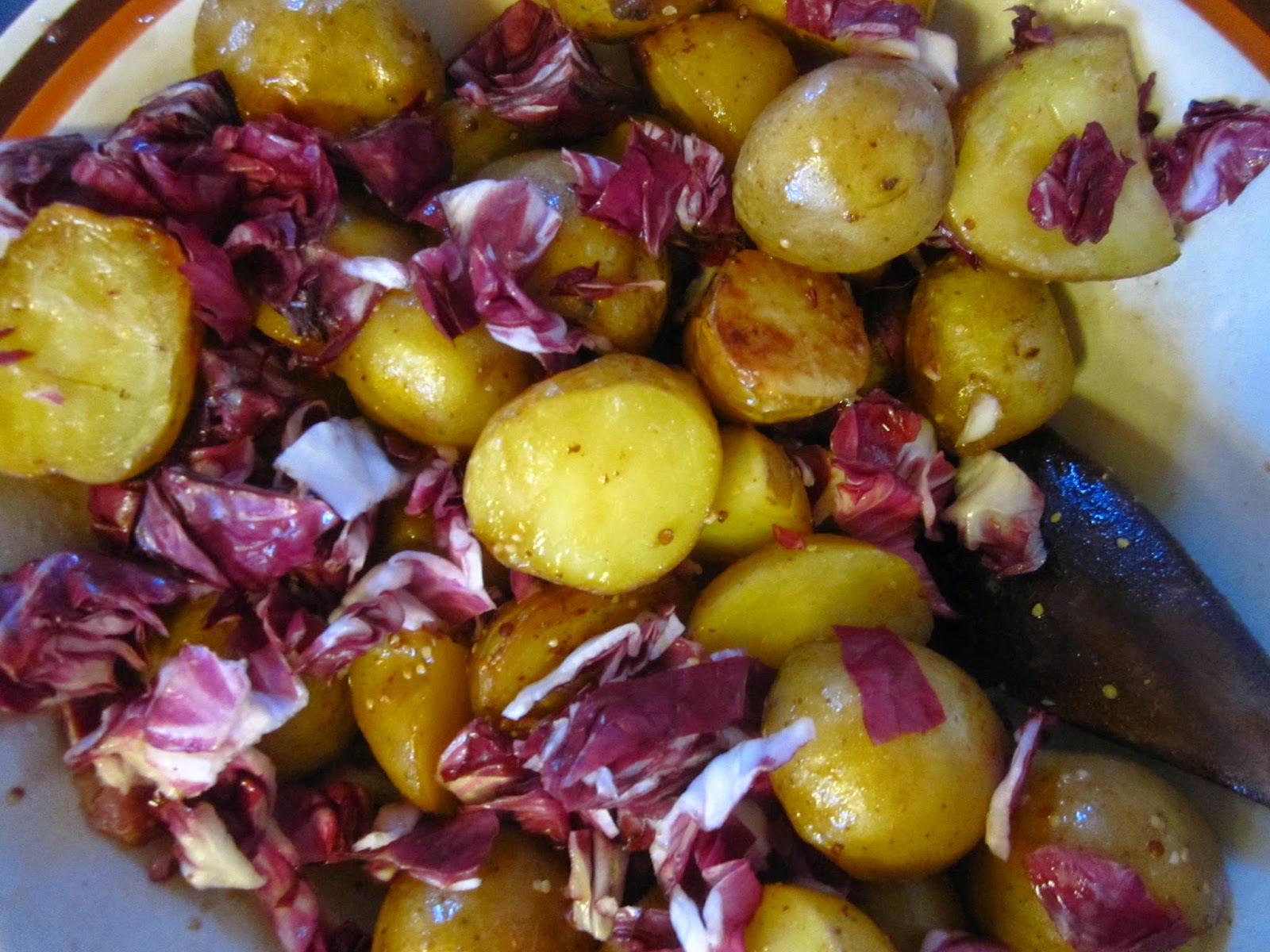 Add the radicchio which might wilt slightly from the heat of the potatoes.  Add the bacon and toss together.


Serve with warm with cubed avocado and crumbled blue cheese. 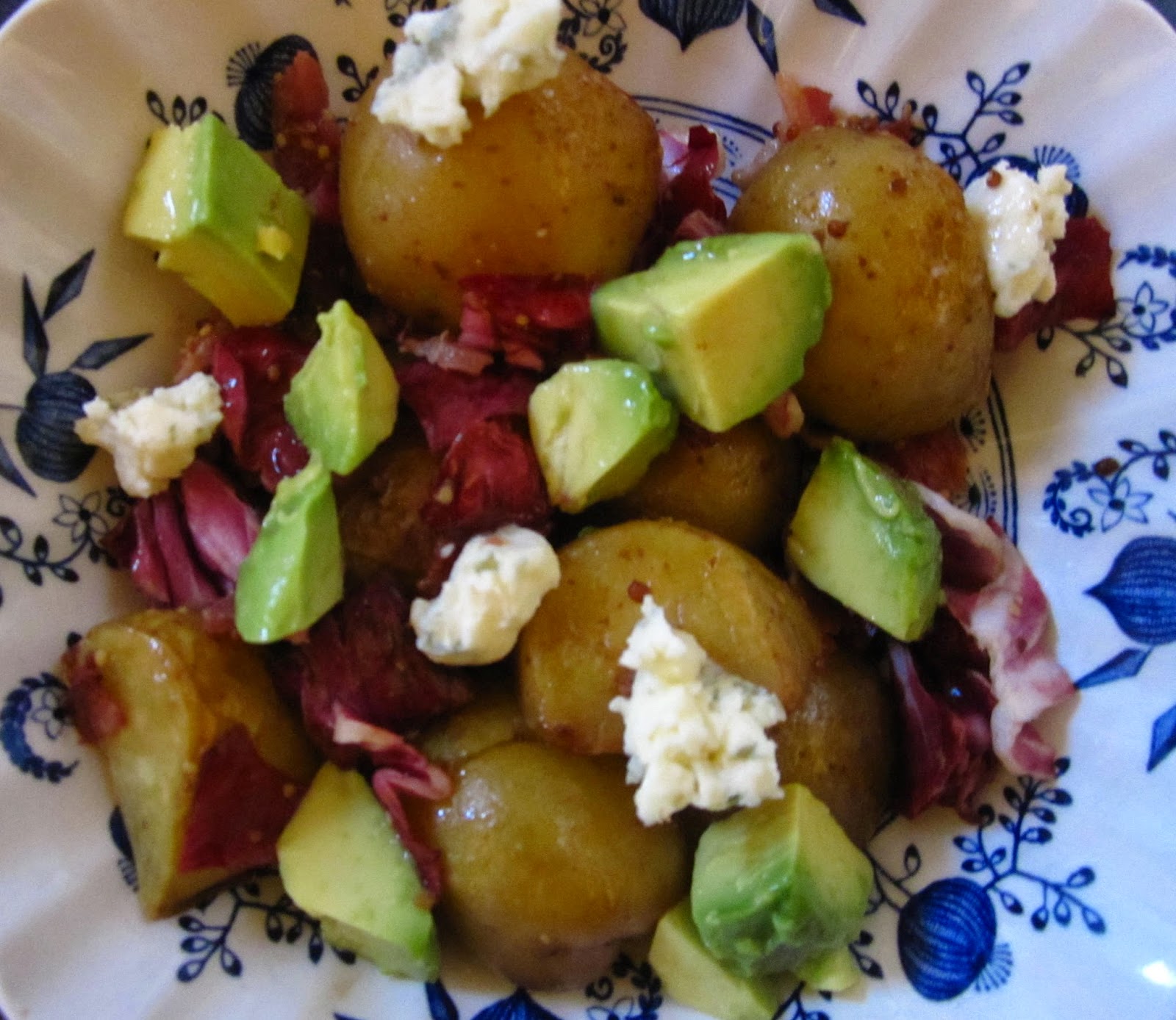 I'd love to know about your favourite potato salads; I might just give one a try!