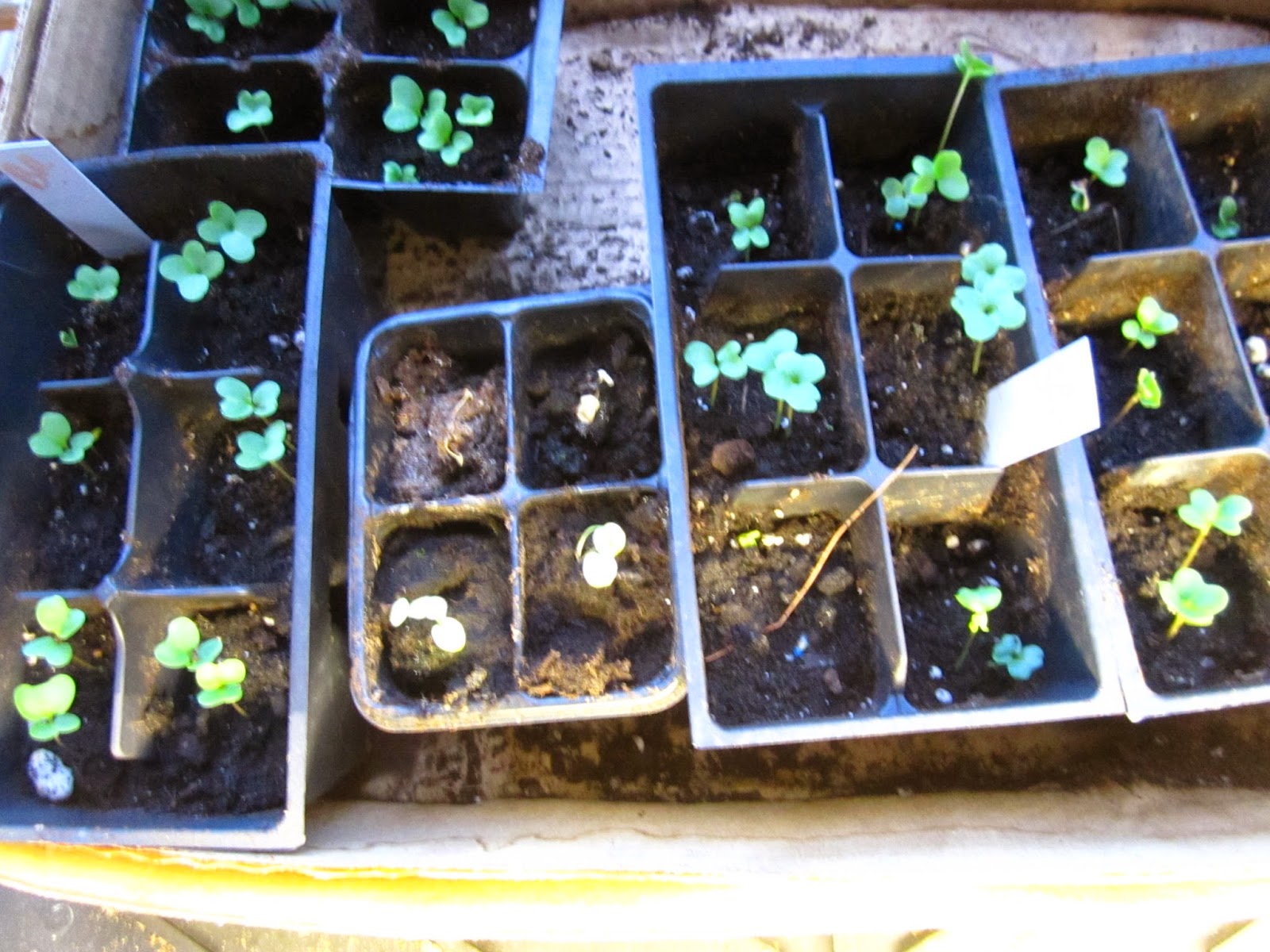 I have yet to figure out how to grow brassicas in the Eastern Ontario climate.  I suspect a lot of effort is involved and, until now, I have not been that dedicated (let's see how this year goes!).

My first effort was just a couple of years ago in the summer of 2012 when my attempt at growing brussels sprouts and cabbage was foiled by the hot, dry summer and thirsty/hungry deer that demolished many veggies that year (there were hoof prints inside the raised garden so I could easily identify the culprit). 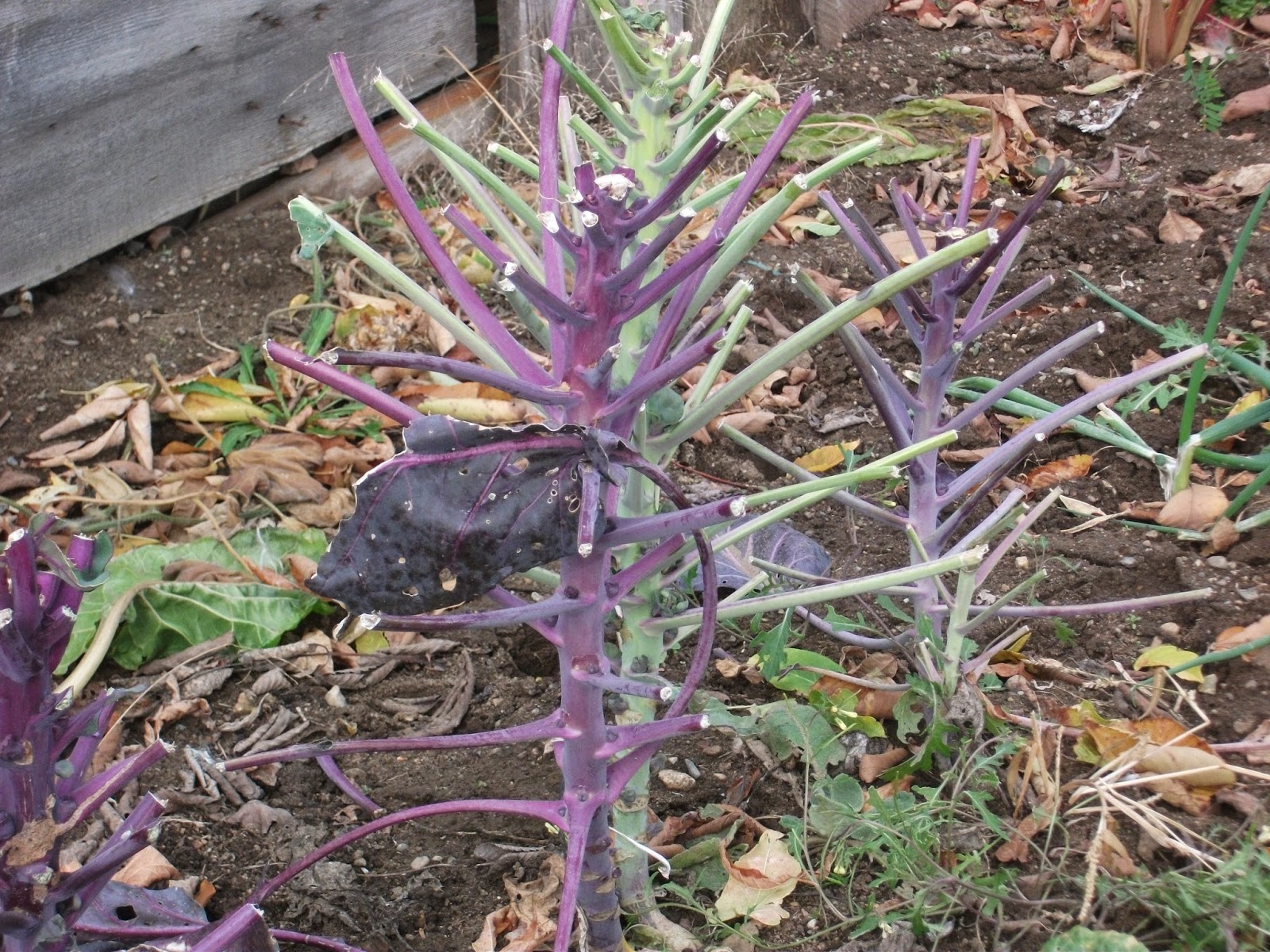 Last year, again, the veggies (broccoli this time) succumbed to the heat and bolted; no time for heads to form.  I had started them indoors in early spring along with the tomatoes and peppers.  By the time they were supposed to mature, it was early July and 30+ degrees F and they were flowering already. 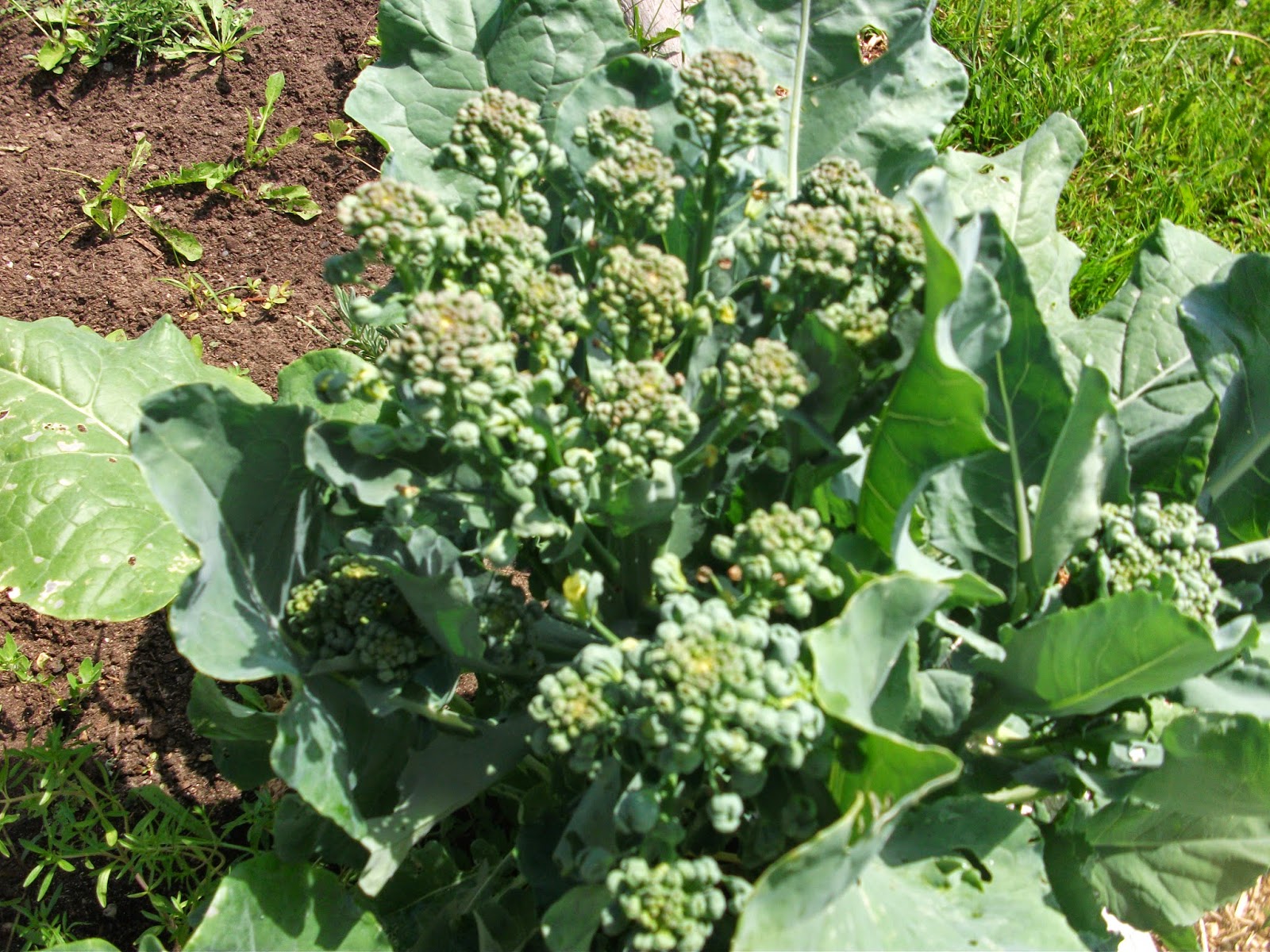 So rather than starting them in April as I did last year, I have just started them as seeds indoors.  But wow, they germinated quickly!  After only a few days, they are well on their way and I worry I've started them too early again. 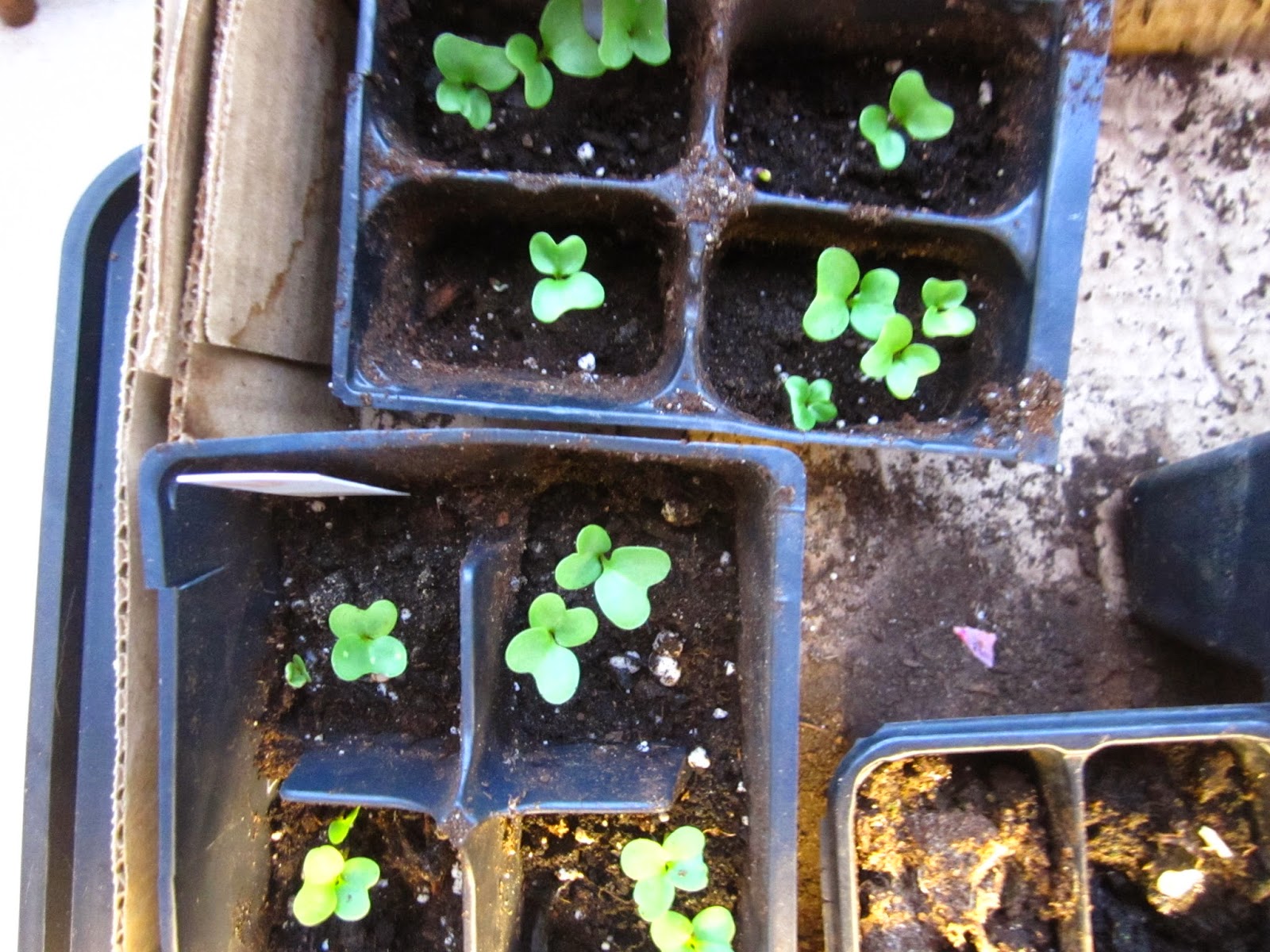 I think I'll transplant them into 4" pots and just keep them in the house (which will be cooler than outside!) for as long as reasonable before putting them in the garden.  Here I have brussels sprouts, broccoli, cauliflower and savoy cabbage.

Any advice would be appreciated for the Eastern Ontario growing climate!!!!