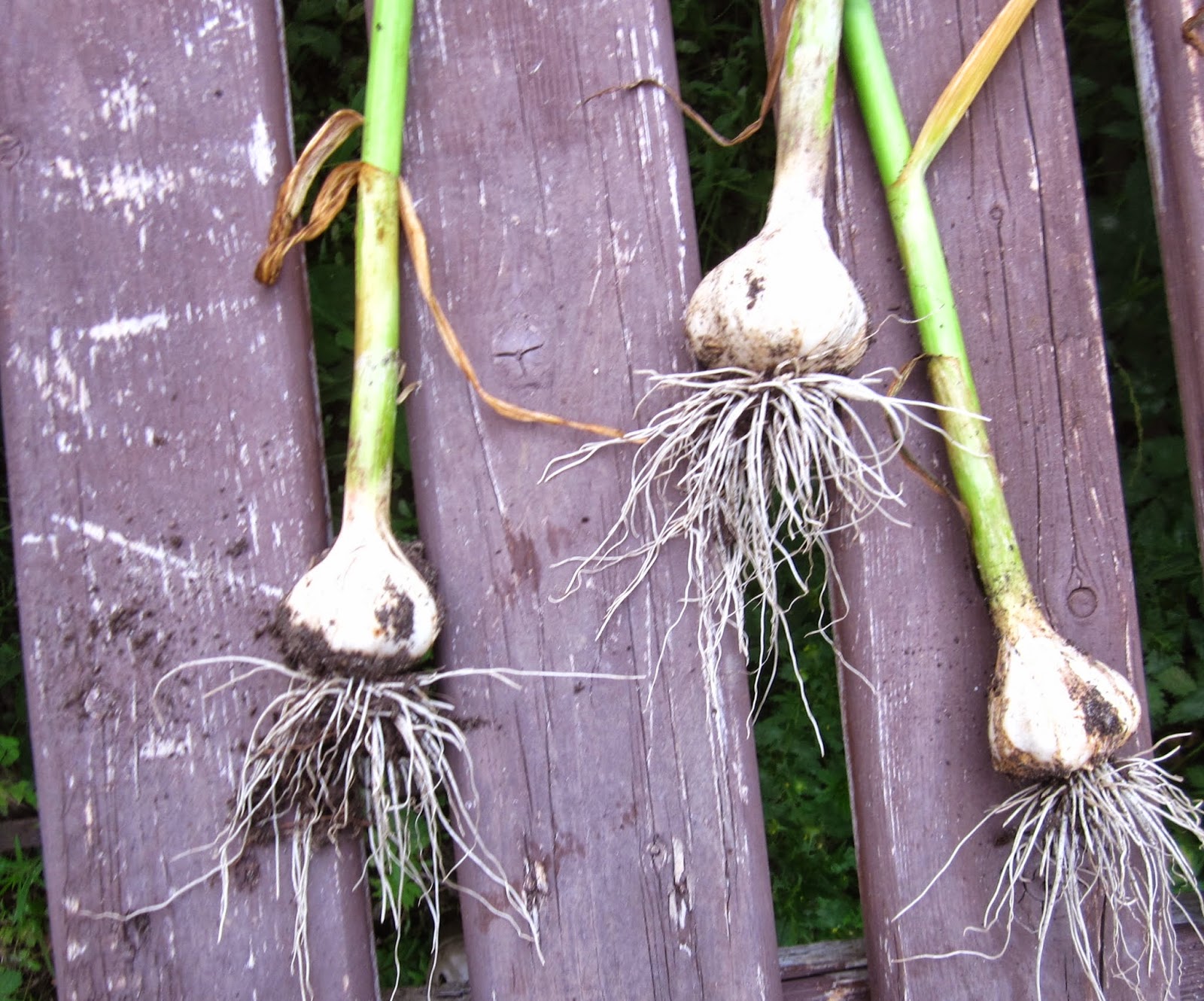 A friend who grows garlic east of Ottawa (I'm south of Ottawa) mentioned that he had harvested his garlic a few weeks early as it normally would occur around the end of July.  Apparently, the leek moth had been infesting garlic in the area and he lost about a third of his plants (he grows in a community garden space).   He only plants around 50 or so, but still ... that sucks!

I had about 100 in this year.  Again, not a lot compared to some (I have a friend who planted 3000)!!  This is the first year I have planted garlic here and I planted in three locations just to check out the different options. 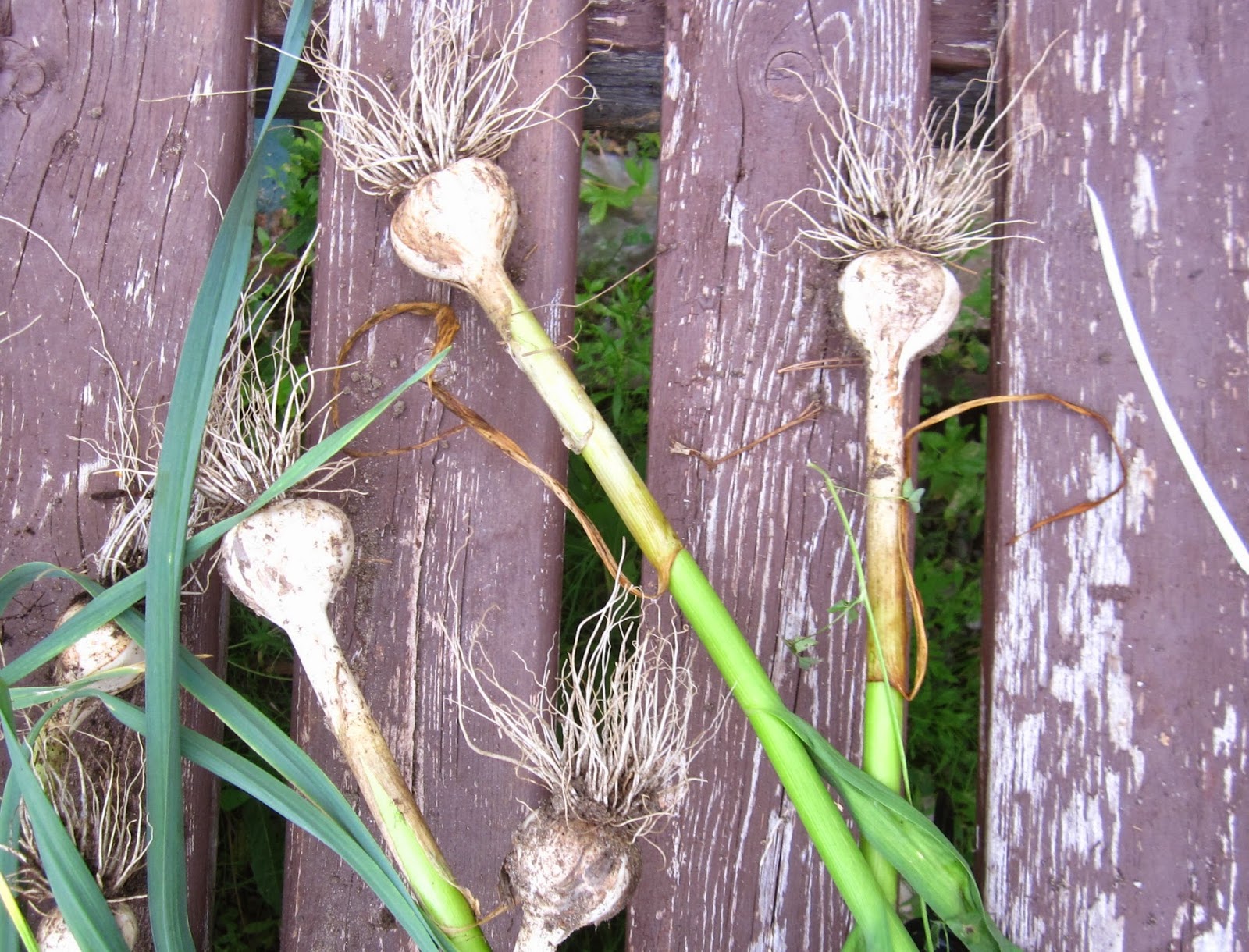 I thought I'd check my own and started to pull from the small raised garden - I had about 30 there.  About half came out rotted at the root.  I don't know enough to know what caused this.  The greens had barely started to brown and certainly were not wilting - they seemed fine to me.  But the bulb was soft and mushy.  So I pulled them all.  I've set some aside as I think they are going to be okay, but I will wait until they dry out to confirm.


The next location was the regular dug garden where I had about 65 or 70.  Admittedly, not well weeded.  Although it's too early to be pulling these ones (they are not as advanced as those in the raised garden), I did so anyway and there are definitely some mushy ones.  I've pulled the majority out but since some seem totally fine, I've left in the last 25 or so to see if they will successfully mature. 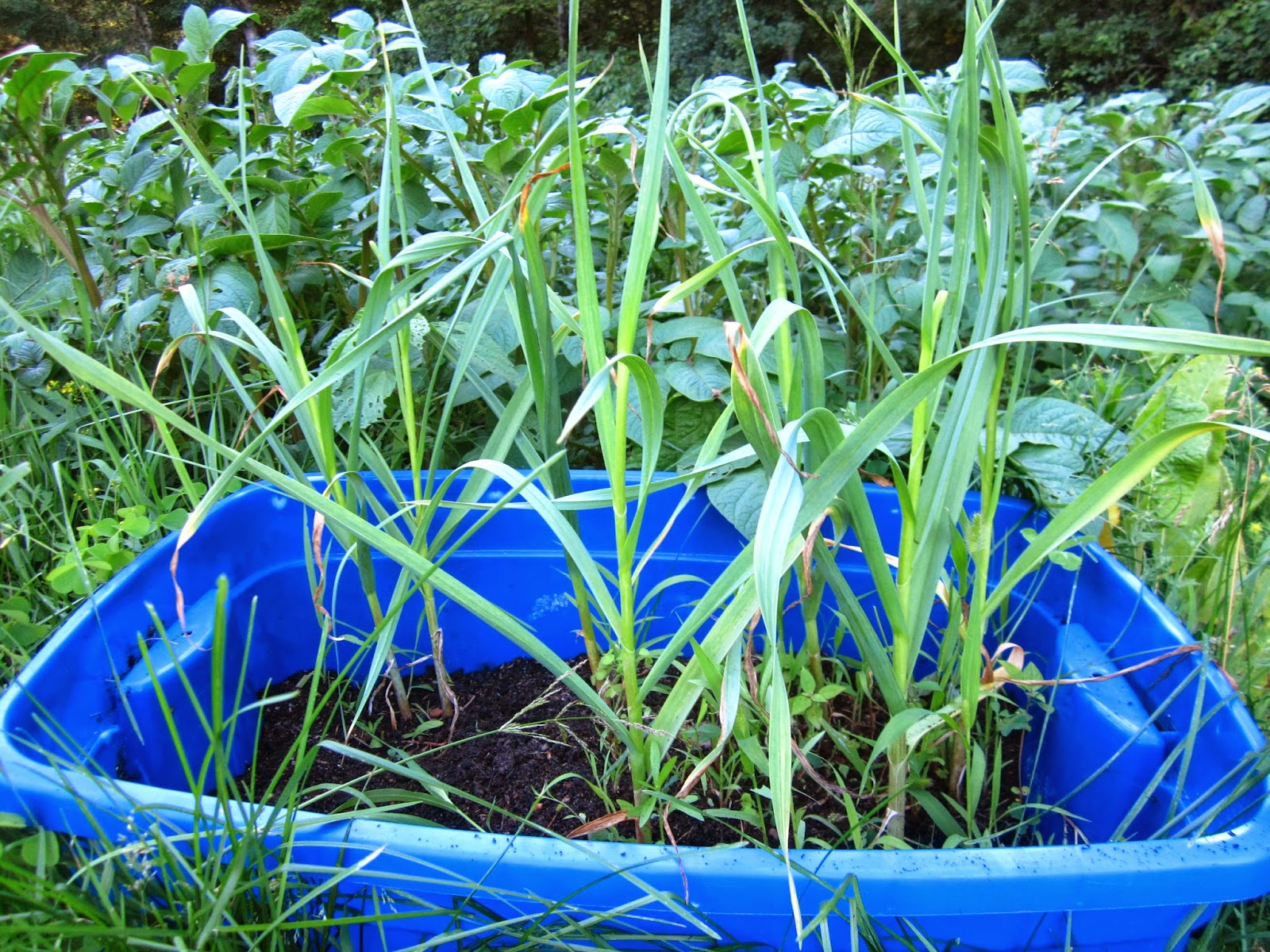 And the third location is a little container holding about 7 or 8 (potato plants in the background).  Very few, so I will let them go another few weeks to see what happens. 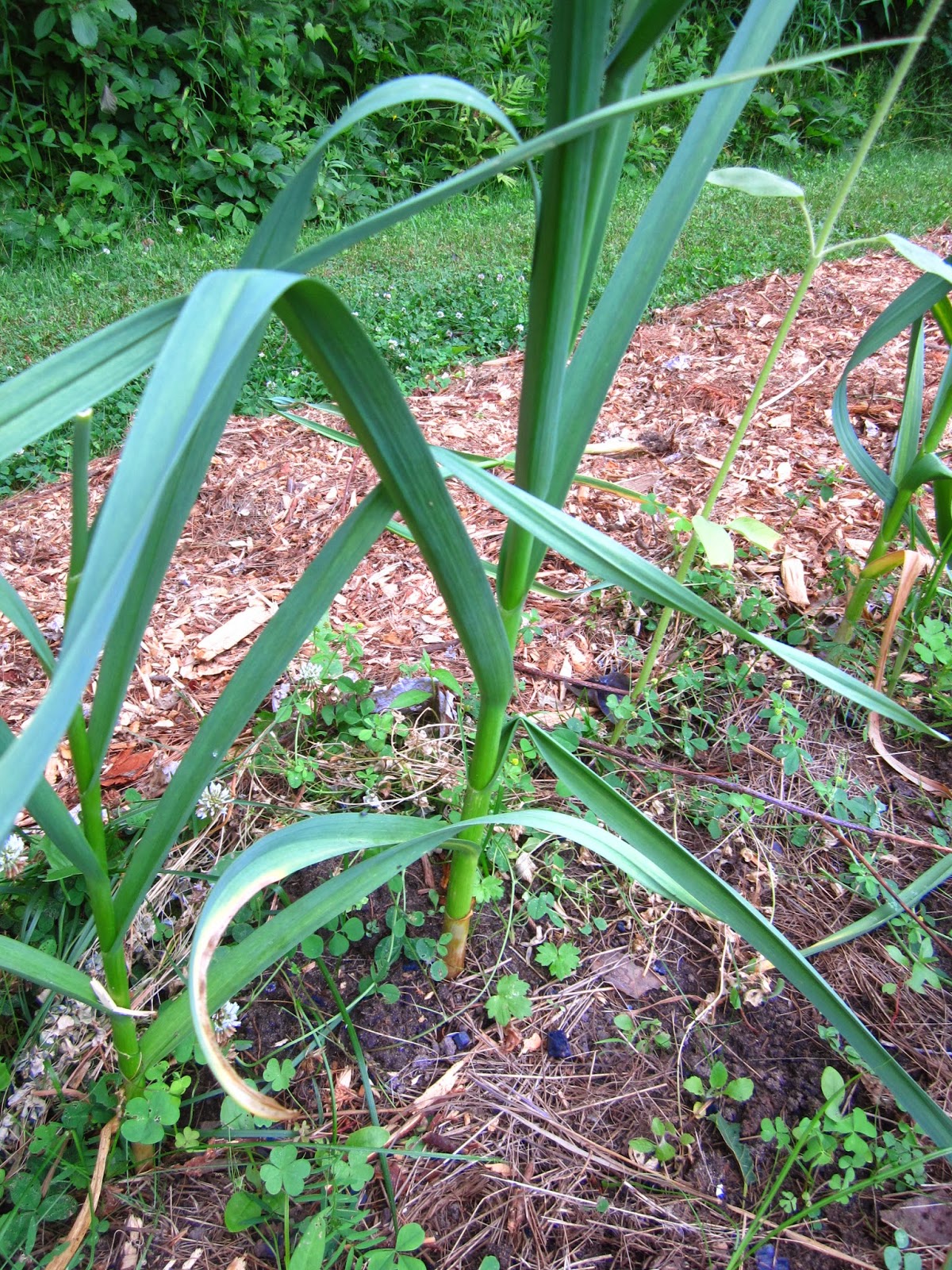 For now, it seems I've only lost just less than a quarter of the crop.  But I'm holding on to some still in the ground in the hopes they will also be good!  Either way, it's not even enough for cooking needs, let alone more planting.  Luckily, I have many friends who also grow garlic!

Leek moth ...nematodes .. maybe the spring was just too wet (very wet!).  Not really sure but I will have to once again buy seed garlic to plant this fall as there is no way this amount will last with the amount of garlic I cook with!!

If anyone has any advice, it would be much appreciated.  I've tried to show enough pics of the plants and bulbs in the hopes that someone can tell me what went wrong!