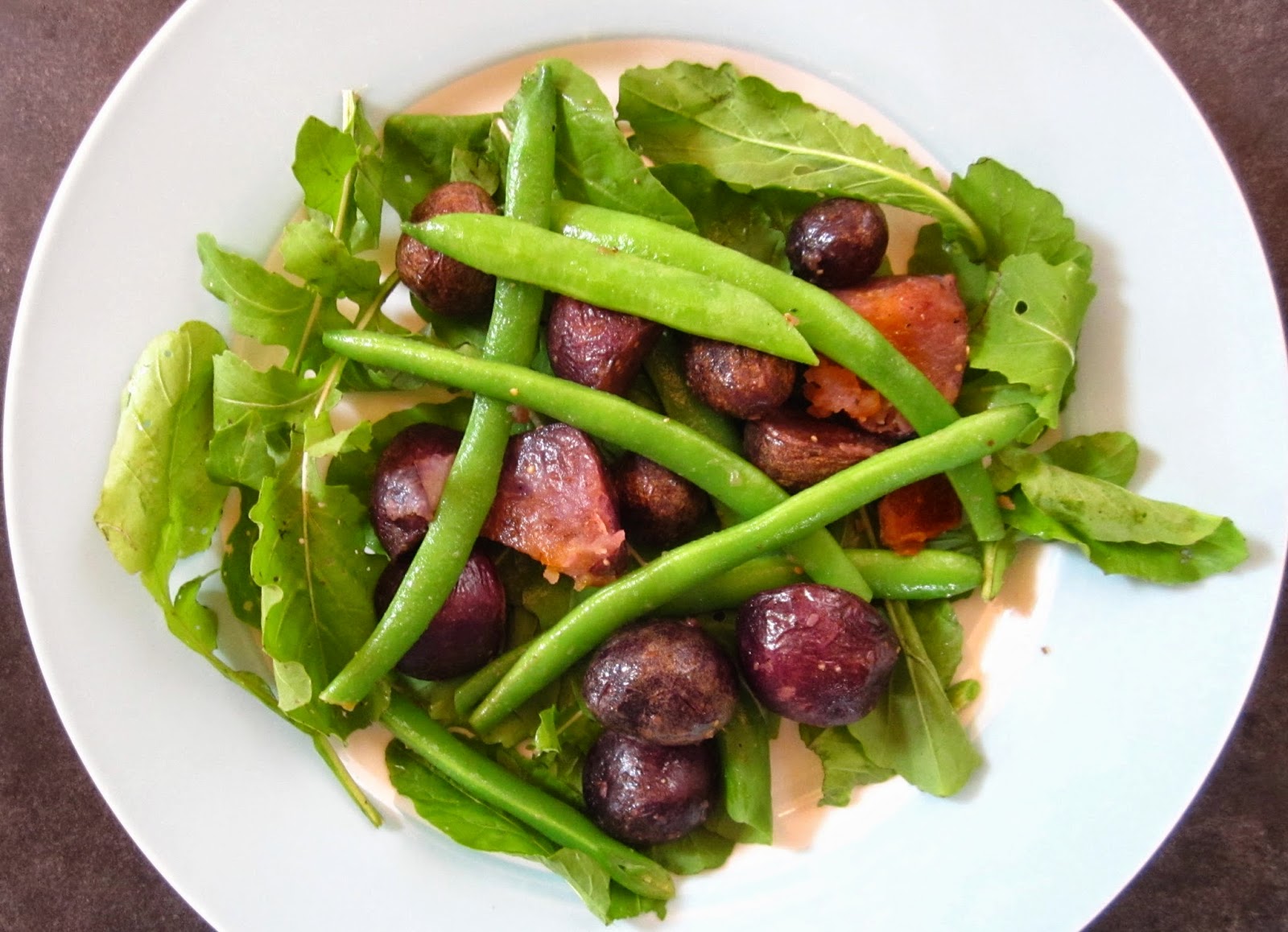 I finally have enough green beans from the garden to actually make a dish (as opposed to steaming just a handful and tossing with butter ... but nothing wrong with that either!).  And another opportunity to add to my potato salad challenge.  I'm only on number three but hope to be inspired for many more this year. 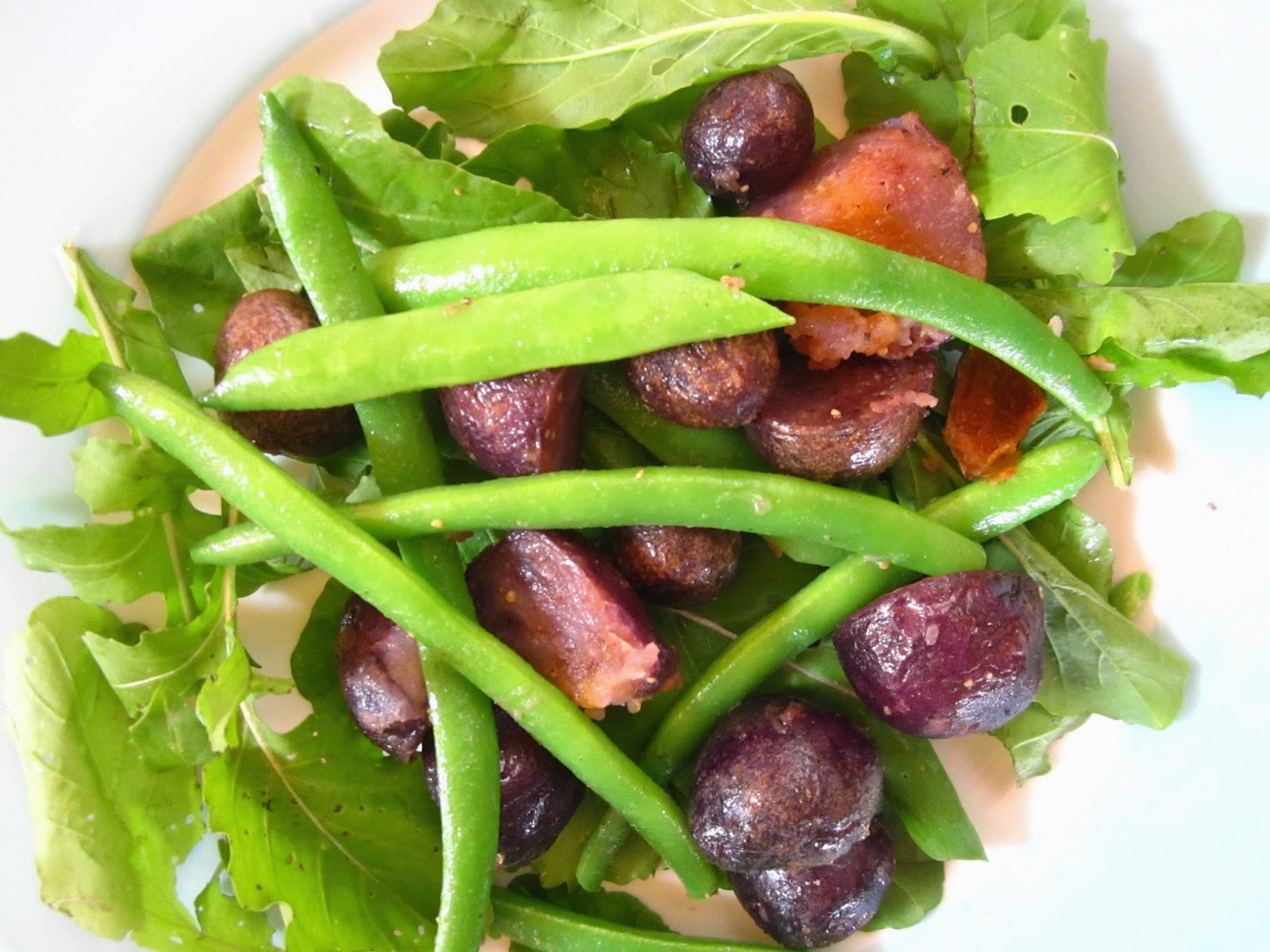 And I'm just getting started with the potato harvest! 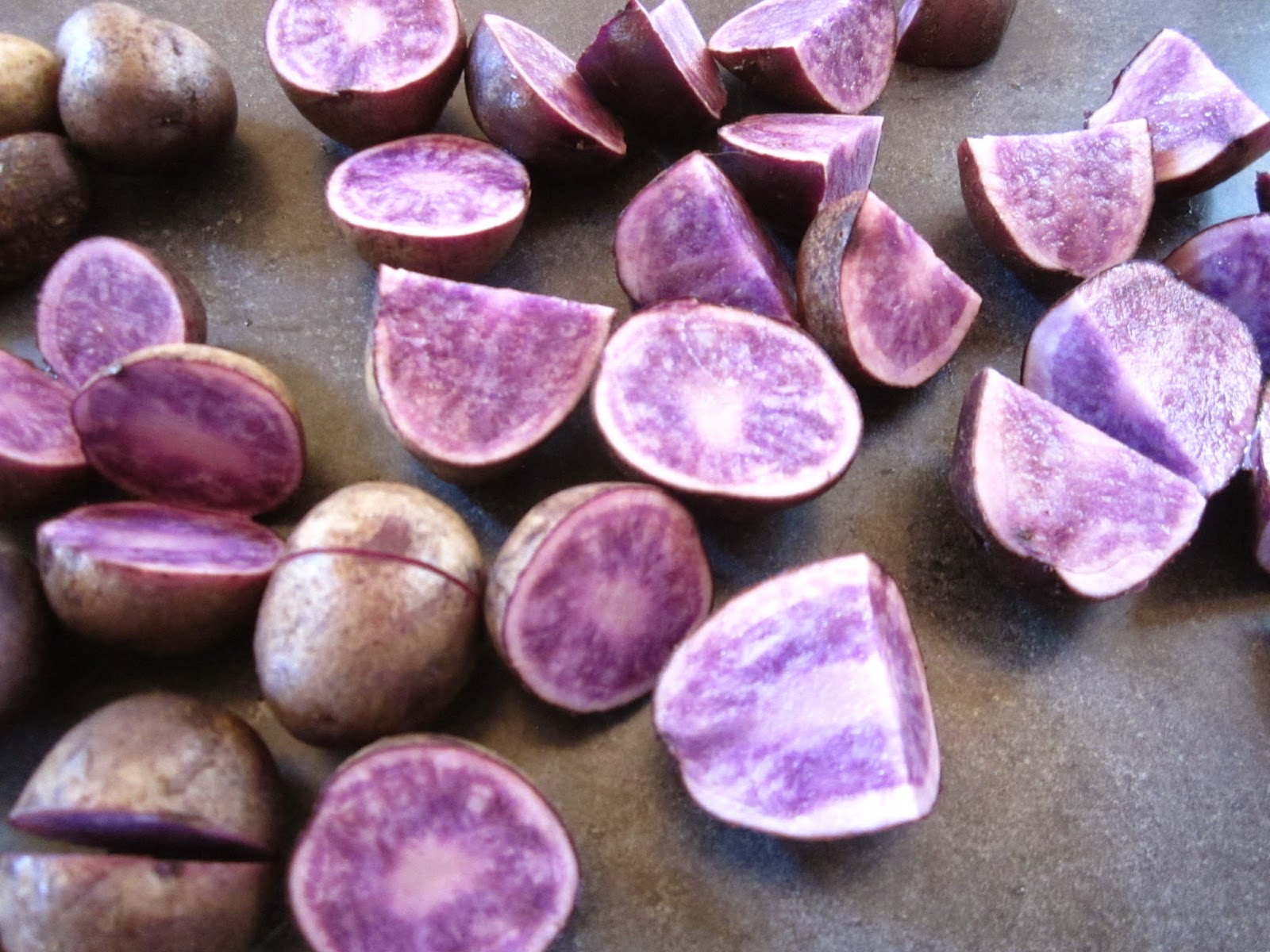 I usually grow a lot of extra potato plants so that I can eat baby potatoes.  This plant would have produced enough potatoes to last me a month had they been allowed to grow to full size, but many of them are just little wee things now (size of a dime as you can see in the pictures). 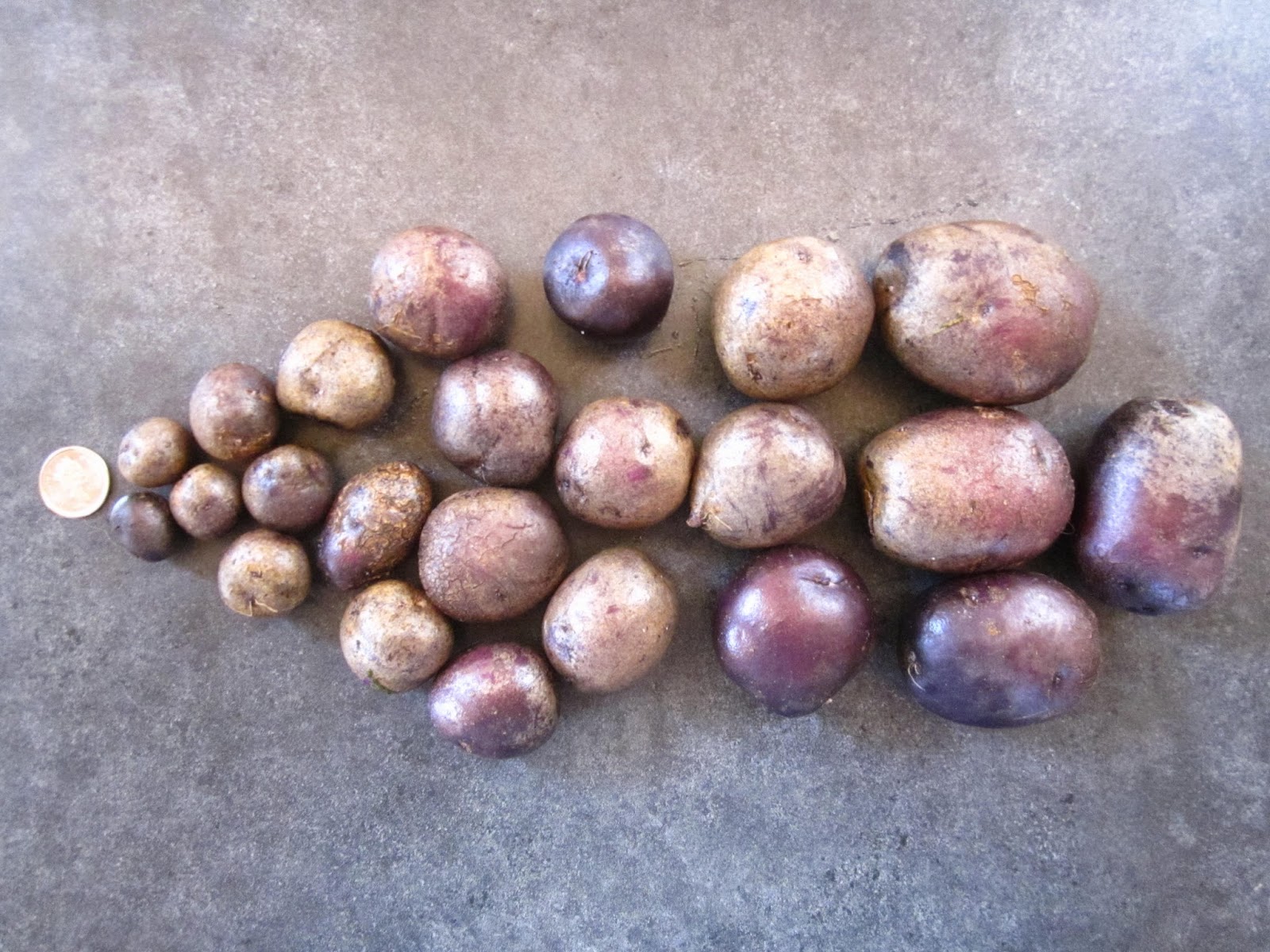 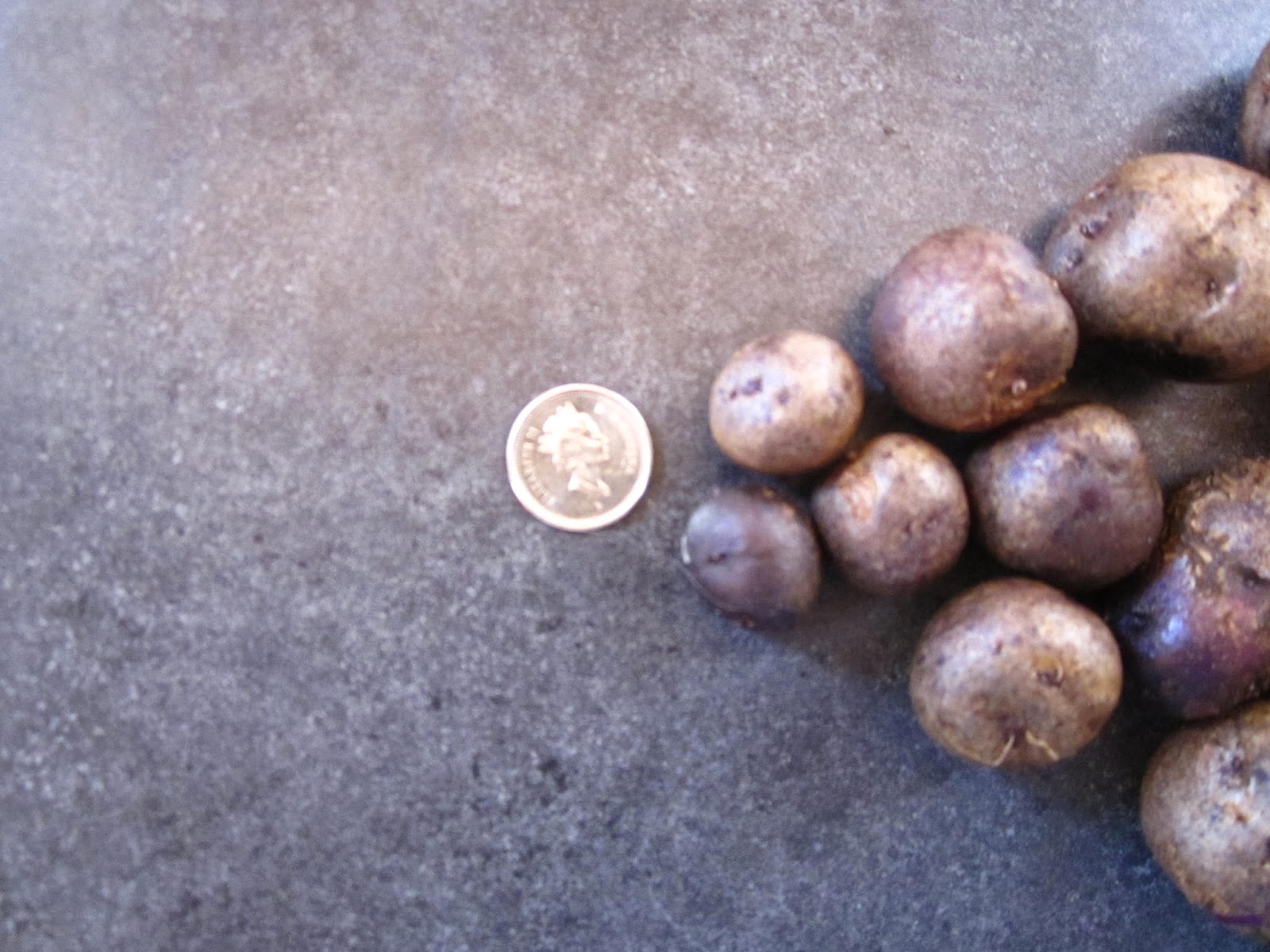 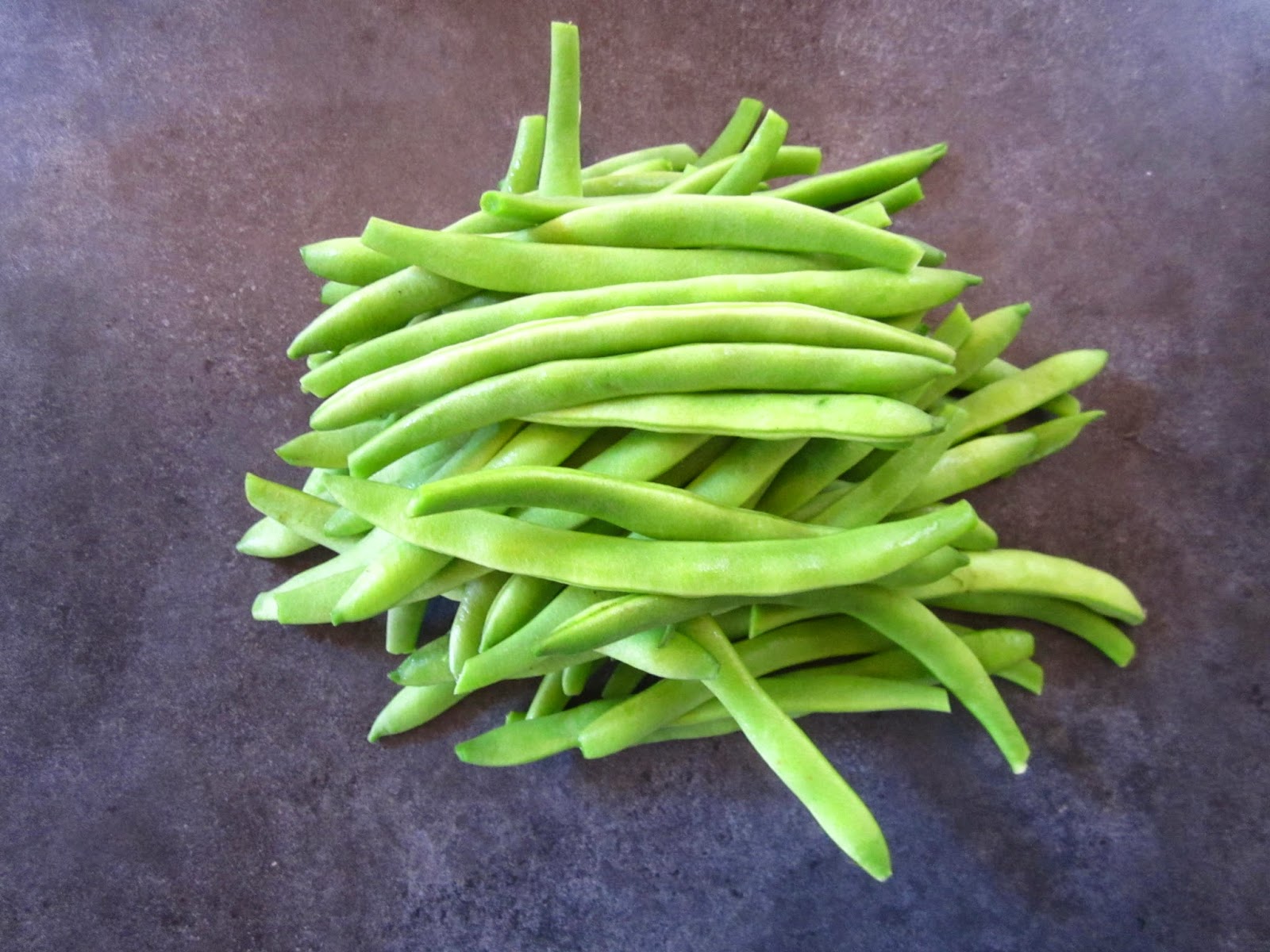 
Roast potatoes in some olive oil with salt and pepper at 400 degrees F.  In the meantime, make the dressing.

Roast potatoes until browned and fork-tender.  Place in a bowl while still hot and add 3-4 Tbsp of the lemon-anchovy dressing.

Blanch green beans for about 30 seconds in rapidly boiling water.  Remove with a slotted spoon and immediately place in an ice bath.  Dry off the beans and toss with the potatoes and dressing already in the bowl.

Serve over a bed of arugula while still warm - extra dressing on the side.

Add all ingredients to a mason jar or other lidded jar.  Shake well to combine.  Makes probably double what is needed for this dish, but it's great on green salads as well. 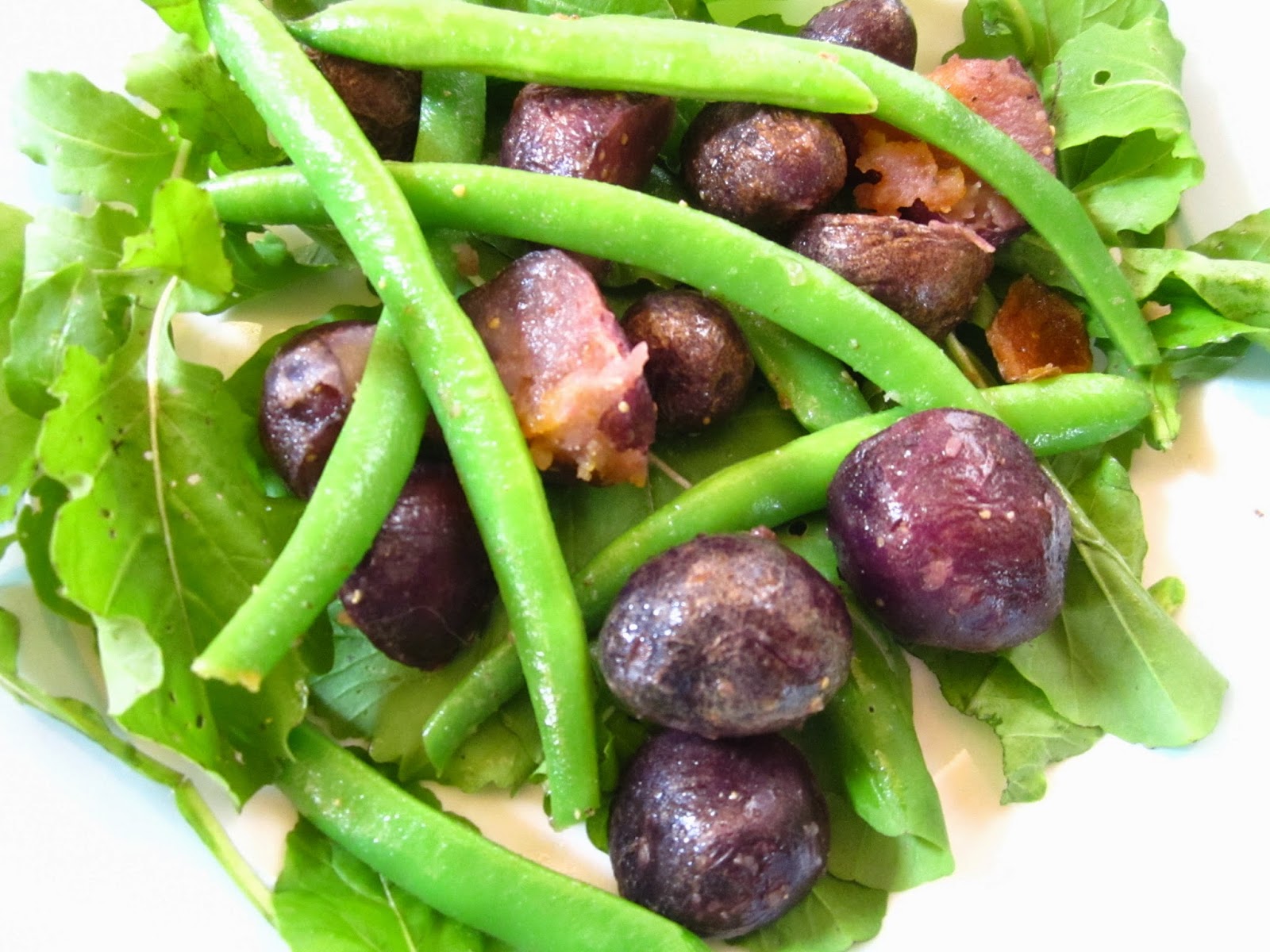