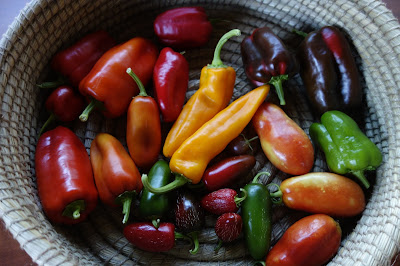 The summer veggies keep rolling in, with a distinct lack of zucchini or other summer squash (as noted in my recent update on my squash plants).  But peppers and tomatoes are doing very well so far and are the majority of my recent harvests.  The above basket includes more Gypsy (left side of basket), which left longer than I had previously turn this lovely deep red.  In the middle are more orange Xanthia, in the upper right some King of the North, Jalapenos on the bottom and some San Marzano plum tomatoes I picked at the same time.

And more tomatoes ... these are mostly Big Rainbow (with the yellowish tinge) and Red Brandywine, plus more San Marzano plums.  The yellow one is a Dixie Golden Giant (not exactly "giant-ish") of which I've had just a few so far. 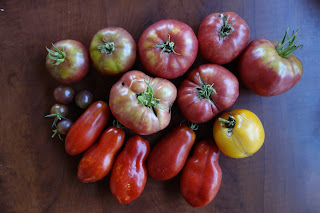 I also needed some green onions and carrots to make my old style potato salad and grabbed a few other items while I was in the garden. 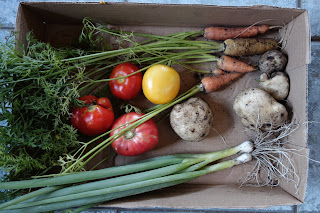 Seeing the larger bulbs on these spring onions, I went out later and did a better thinning job hoping to get more of these. 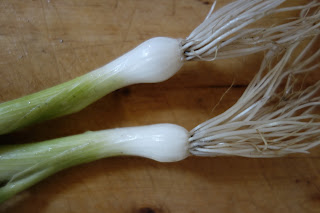 And another last harvest of peppers late Sunday... L to R: Xanthia, King of the North plus a Super Red Pimiento at bottom centre, and more Gypsy on the right. 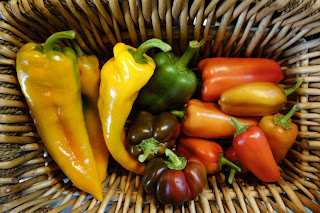 I have not harvested any more of the Croatian Chard (Blitzva) this week, but thought I'd share a salad made with the harvest from a week or two ago.  It is most often sauteed and served as a side dish (with potatoes) but it is more tender than Swiss chard and I quite enjoyed it raw in this salad that included candied nuts, dried blueberries, feta cheese and a balsamic vinegar dressing. 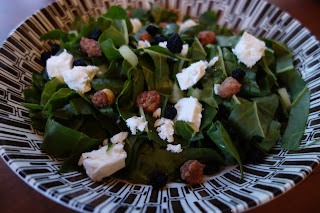 This is my submission to Harvest Monday hosted by Our Happy Acres.  Please pop over to see what other gardeners are doing this week.