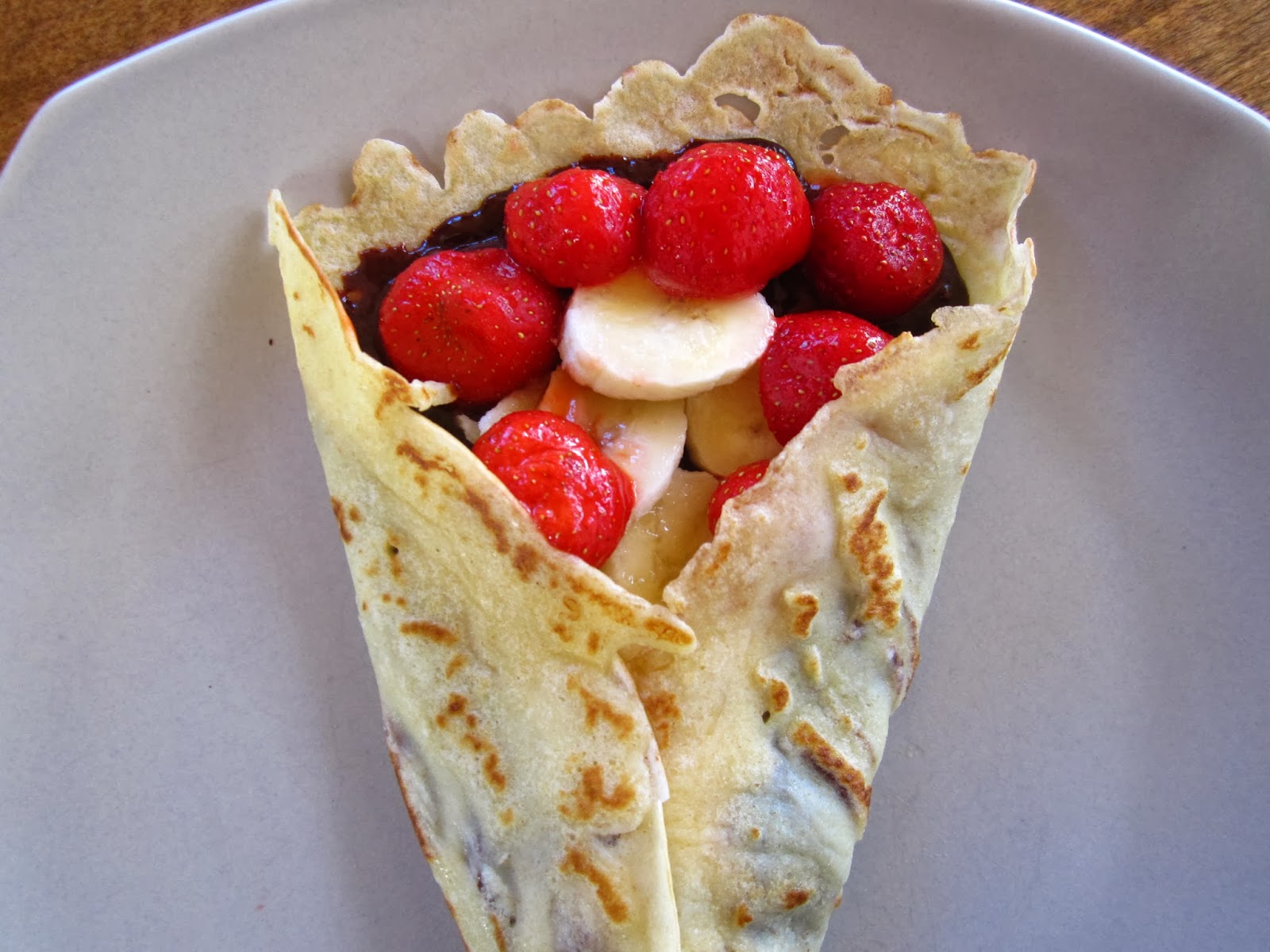 Crepes get a bit of a bad rap sometimes for not being healthy, but it's all about what you put in or on them.  I'm not a big fan of whipping cream;  I find it generally unnecessary and doesn't really add to the taste of most dishes.  This crepe is stuffed full of strawberries and bananas and the plum nutella is definitely more plum than chocolate.  I am referring to it as plum "nutella" because I was inspired by several recipes that also called it that.   But it's really just a delicious mix of plum preserves and chocolate.

These strawberries were from my garden last year; I still have a few bags in the freezer! 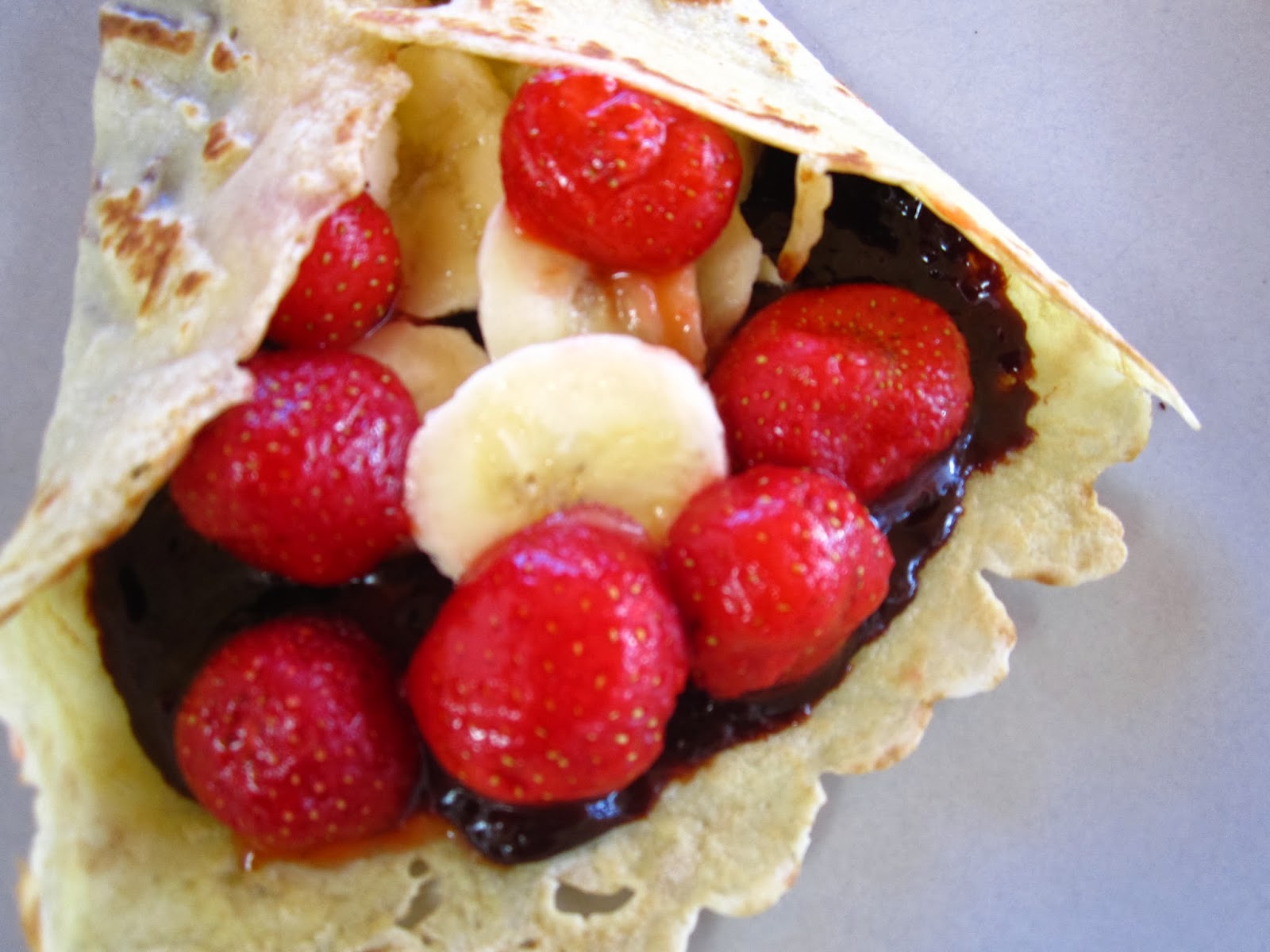 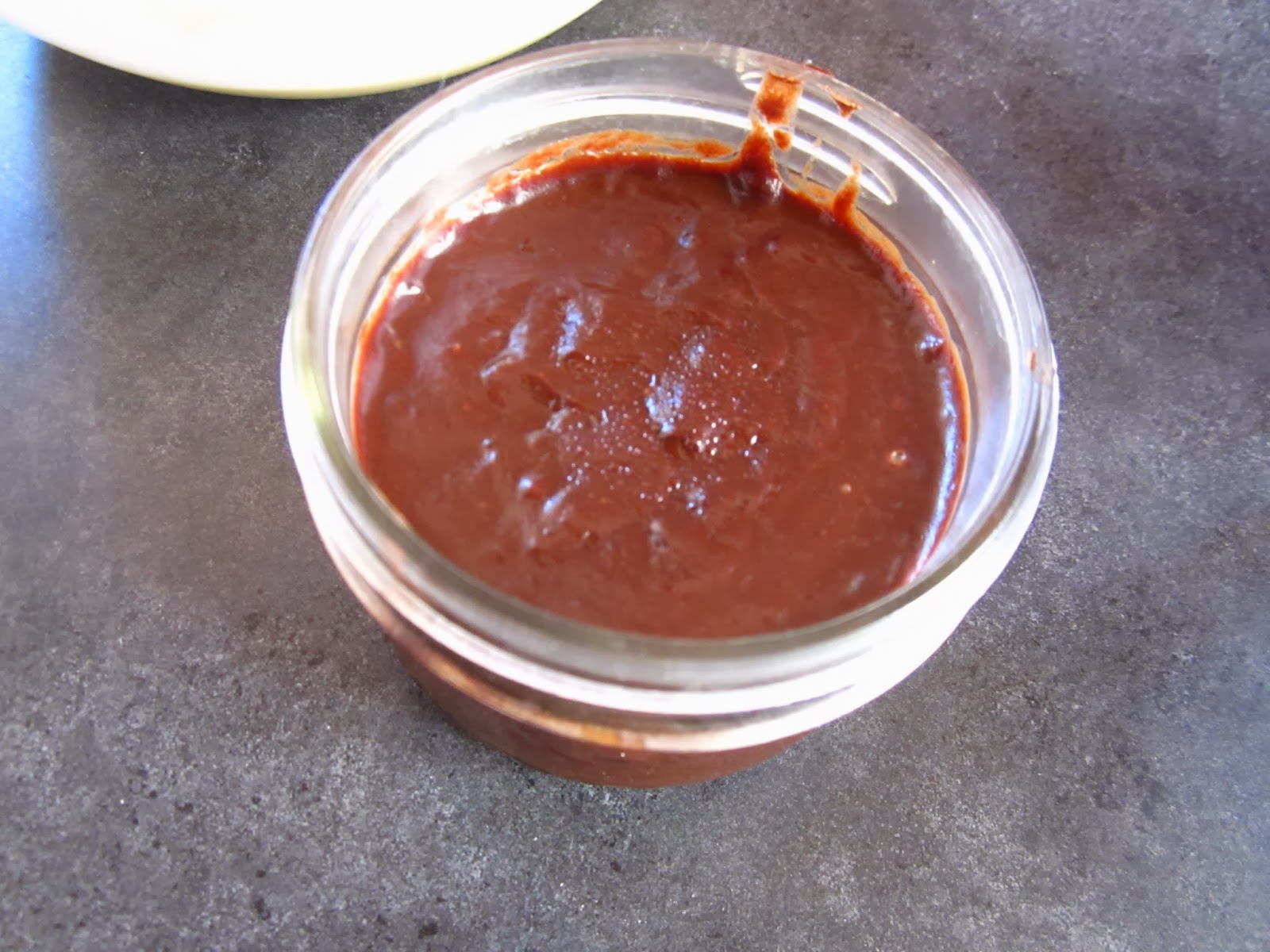 
* I made my preserve in the summer when plums were ripe.  Remove pits and place in a food processor.  Process until a smooth paste.  Pour into a pot and add sugar to taste.  Cook on low-medium heat until thickened.  Allow to cool.  Great for pies or muffins. 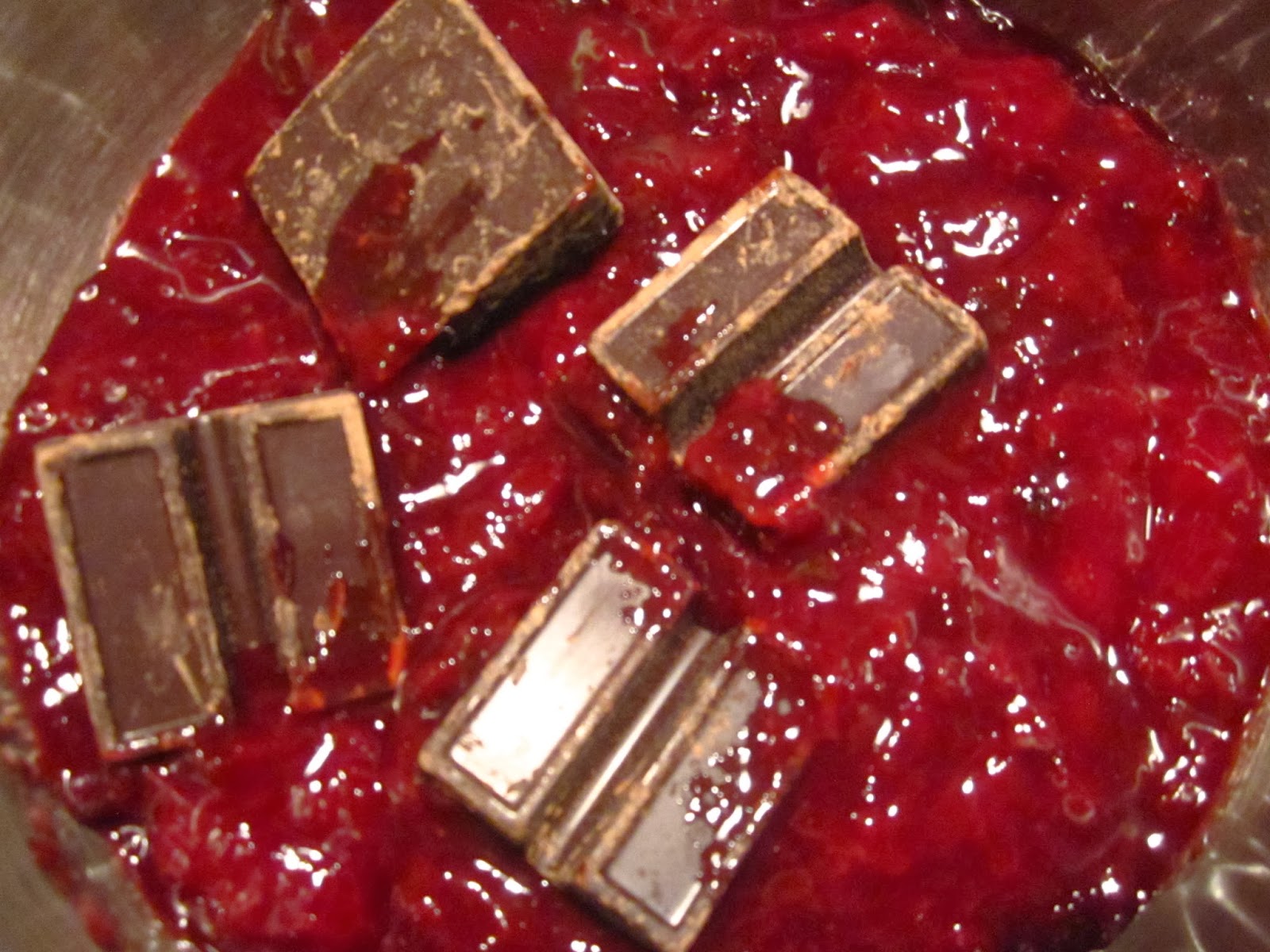 To make the nutella, just heat the plum preserve and chocolate until chocolate is melted.  Store in mason jars in fridge. 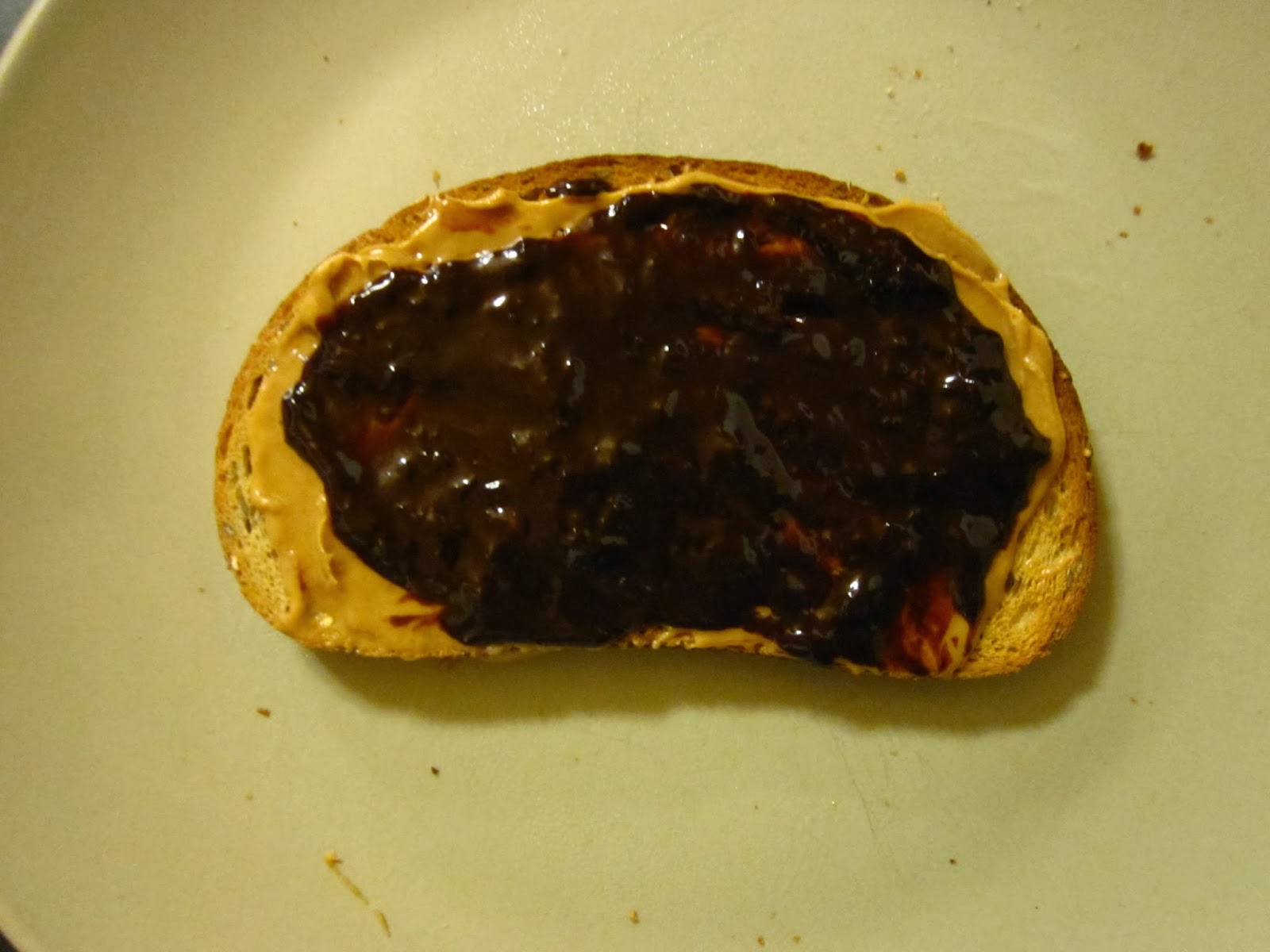 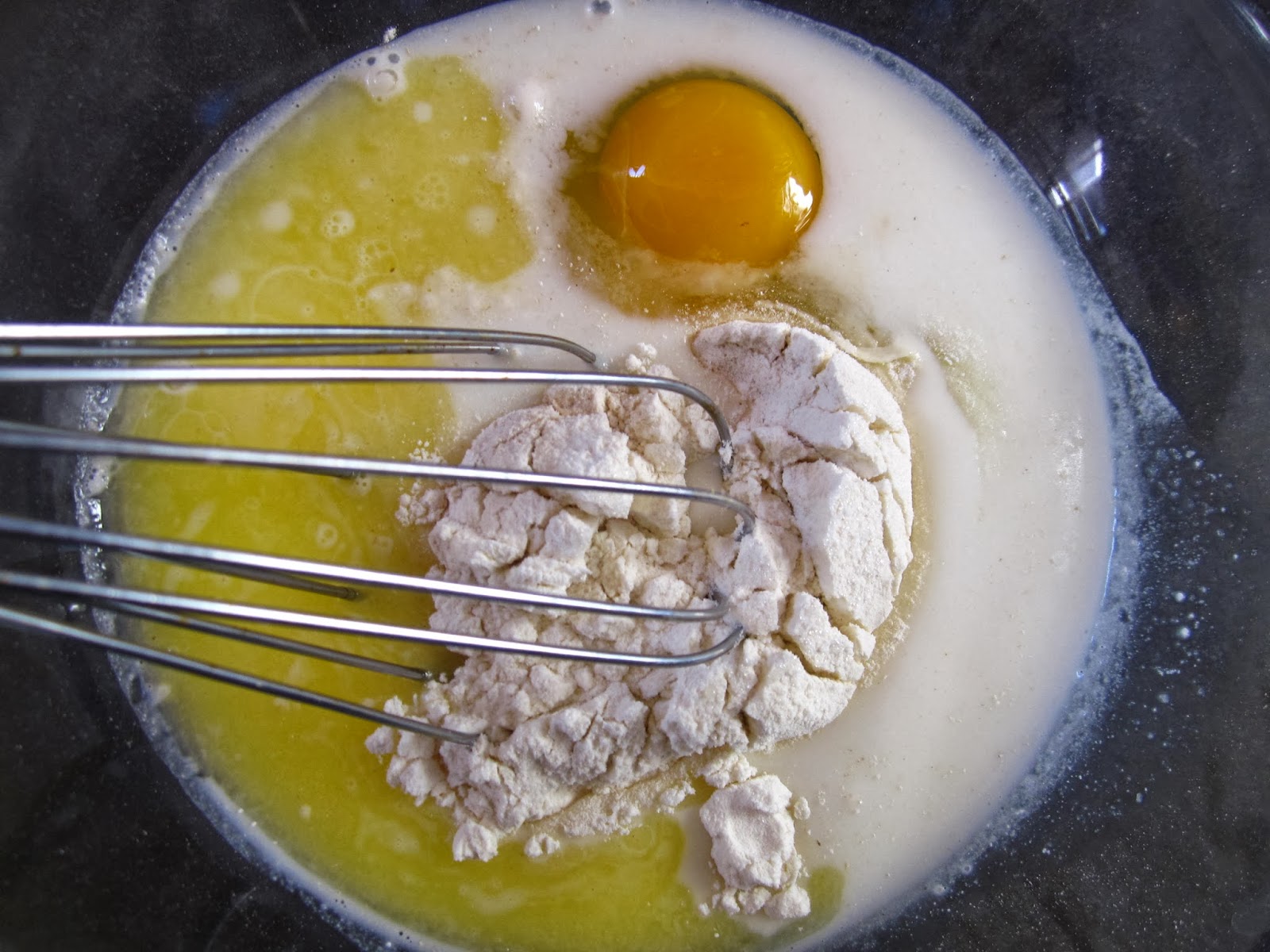 
Pour about a 1/2 cup into a heated non-stick skillet.  Tilt the pan to swirl the batter into a thin layer around the pan.  It should only take a half to one minute per side.  Place on a clean towel while cooking the remainder. 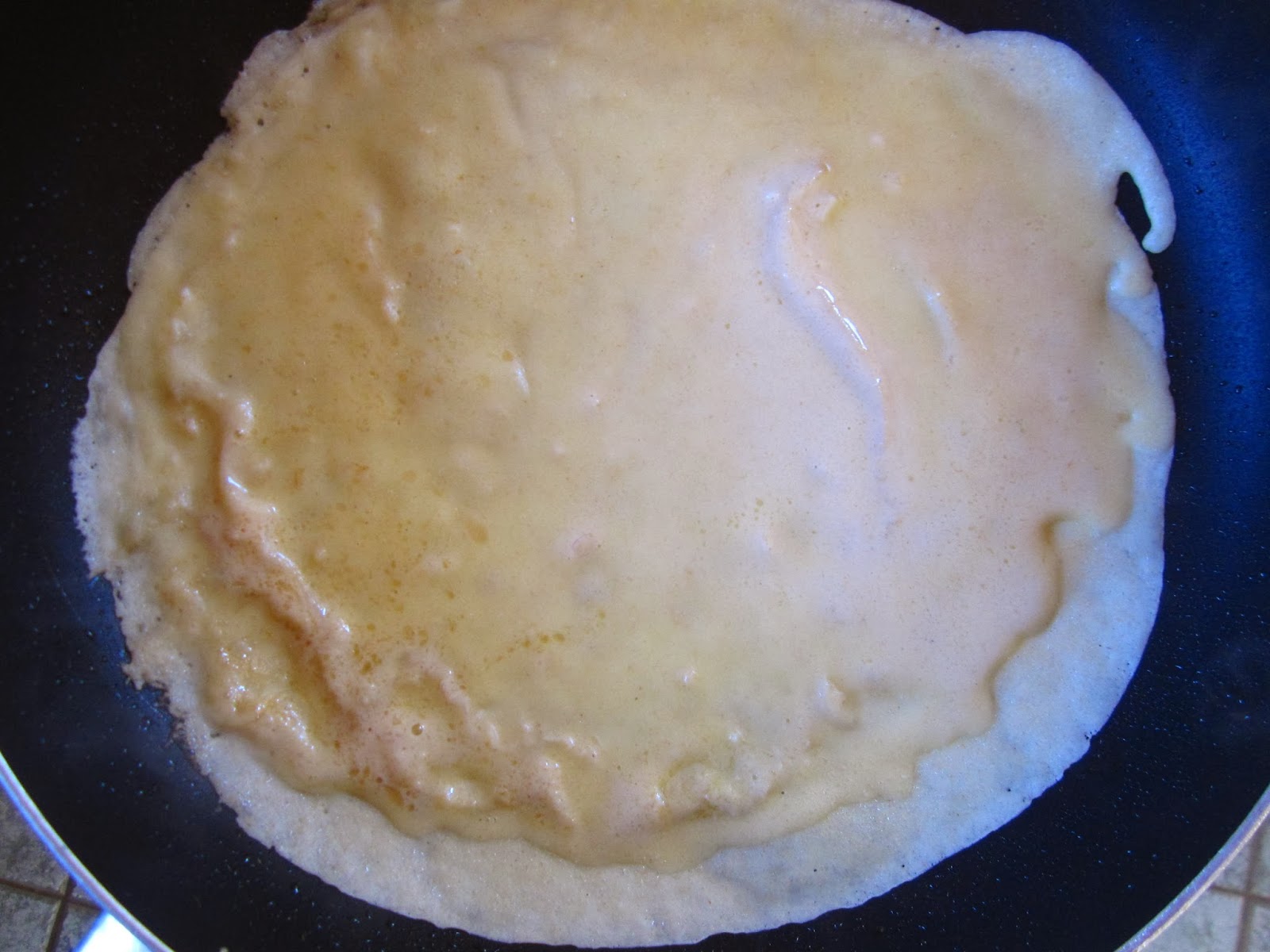 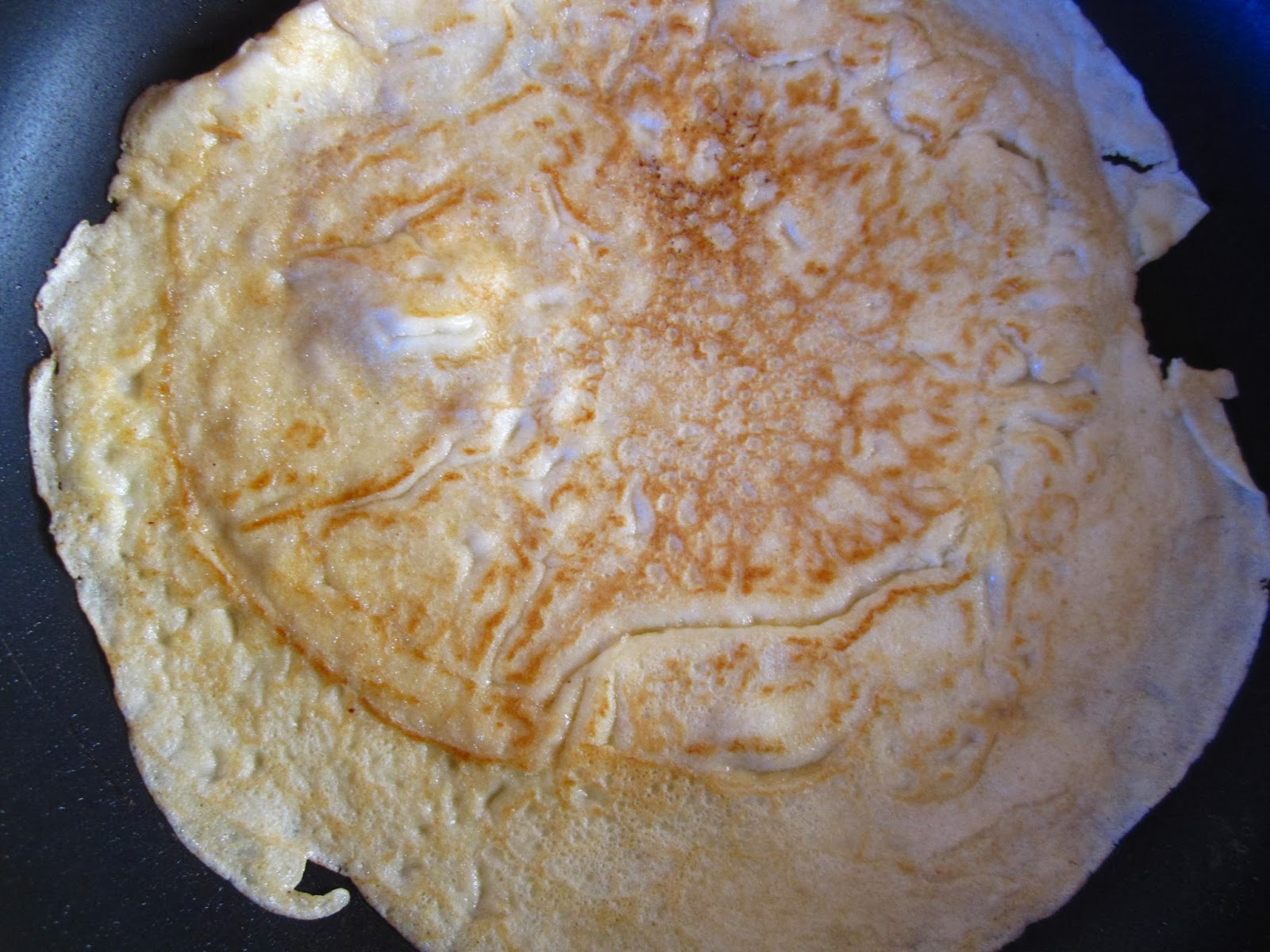 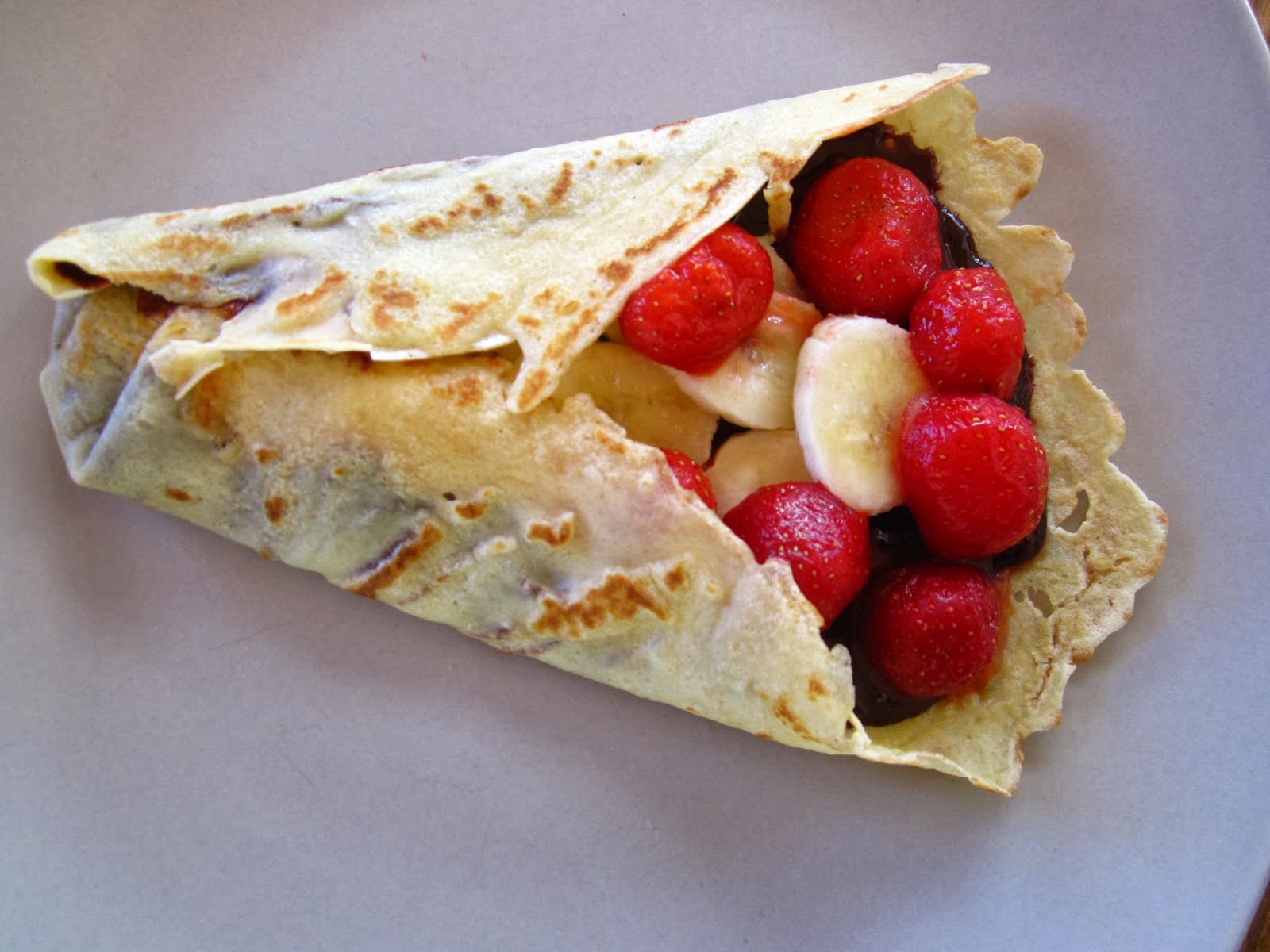 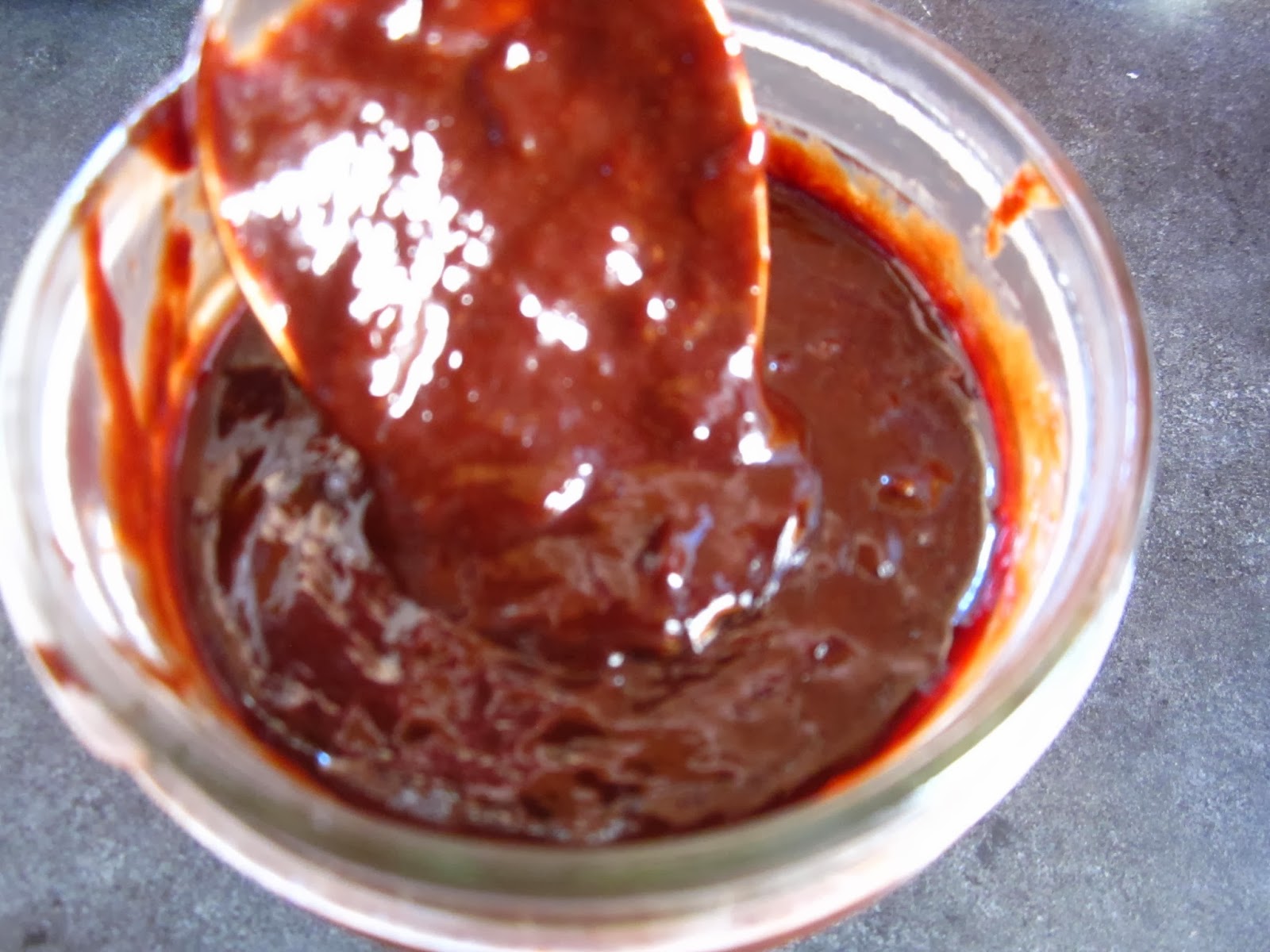 Melt the plum-chocolate mixture in the microwave make it easier to spread.


Spread some of the plum-chocolate sauce onto a crepe, top with bananas, strawberries or other fruit (ooh, I bet kiwi would be delicious).  Maybe whipped cream if you like it?  Chocolate shavings?  Anything works.  The crepe can be folded around the fillings or go for the full wrap.

If you have any interesting fillings that you think I should try, let me know in the comments. 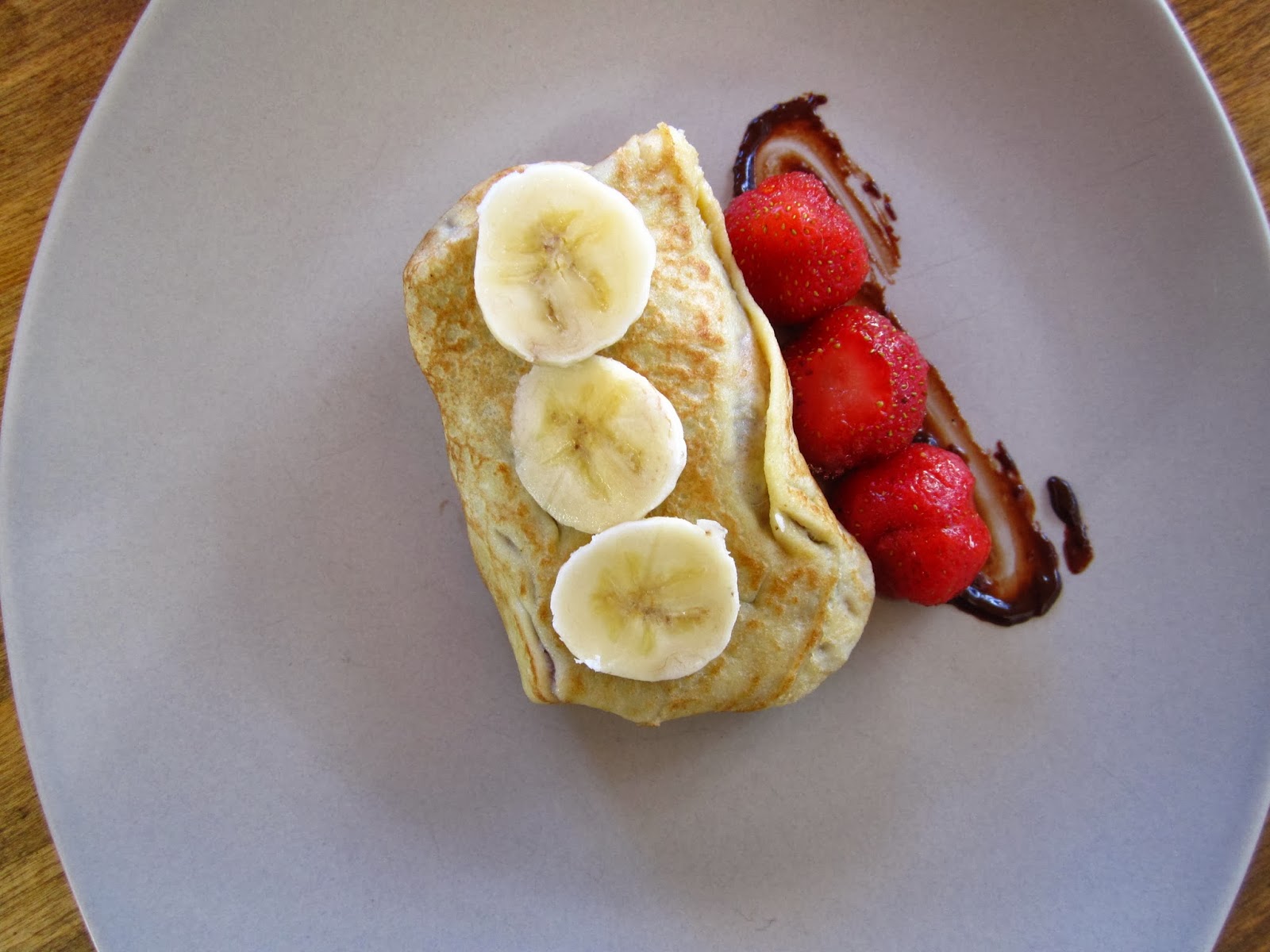