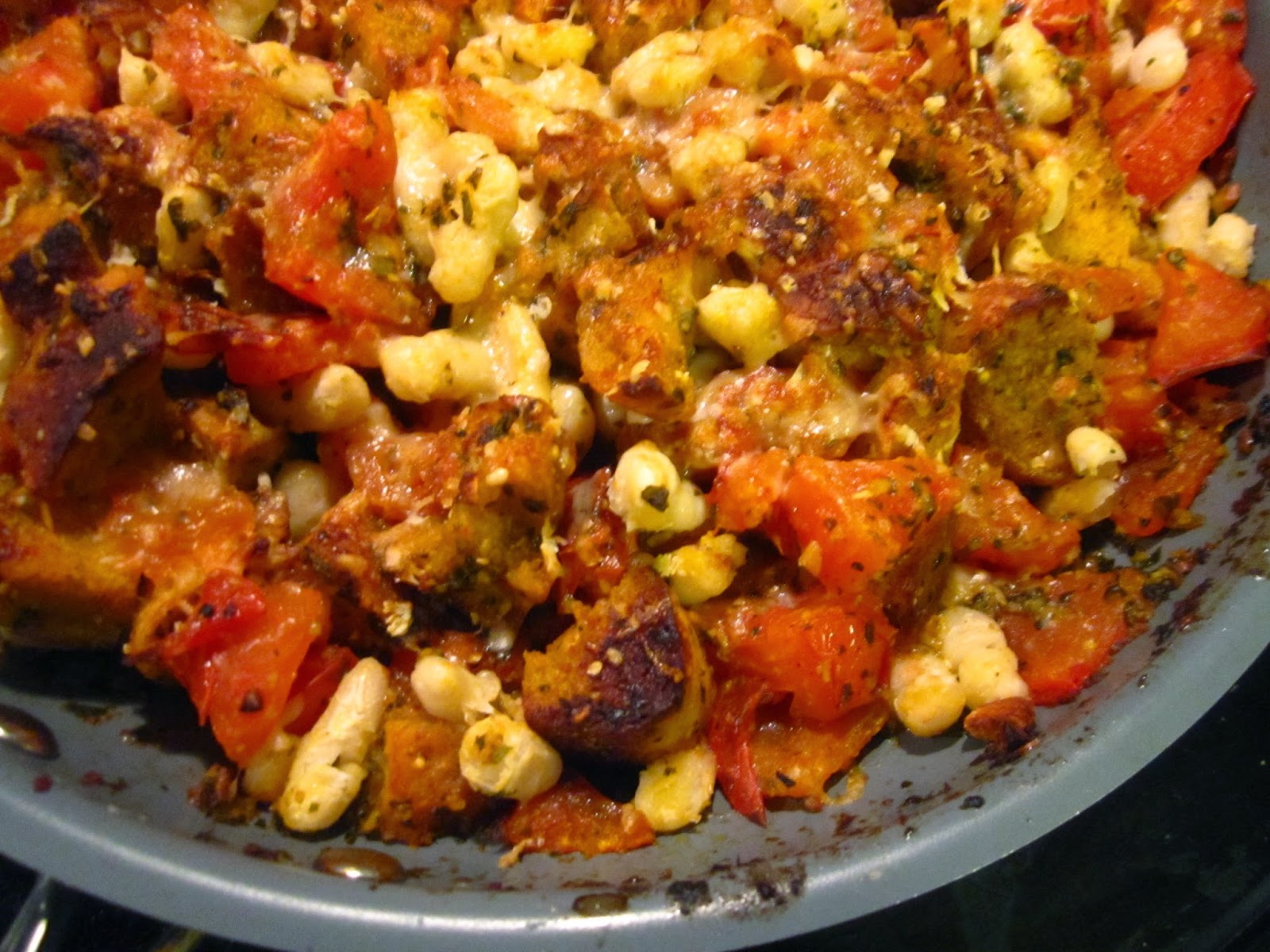 I decided to pull some jerusalem artichoke yesterday - the first since I planted it two years ago.  I have left it alone to spread out.  The first 10 plants became about 40-50 this year; naturally they are very close together.  I want to have a field (well, a partial field) of them eventually as the flowers can be pretty when seen in large bunches (rather plain individually).  Mind you, it will probably only take a few more years at the rate they multiply. 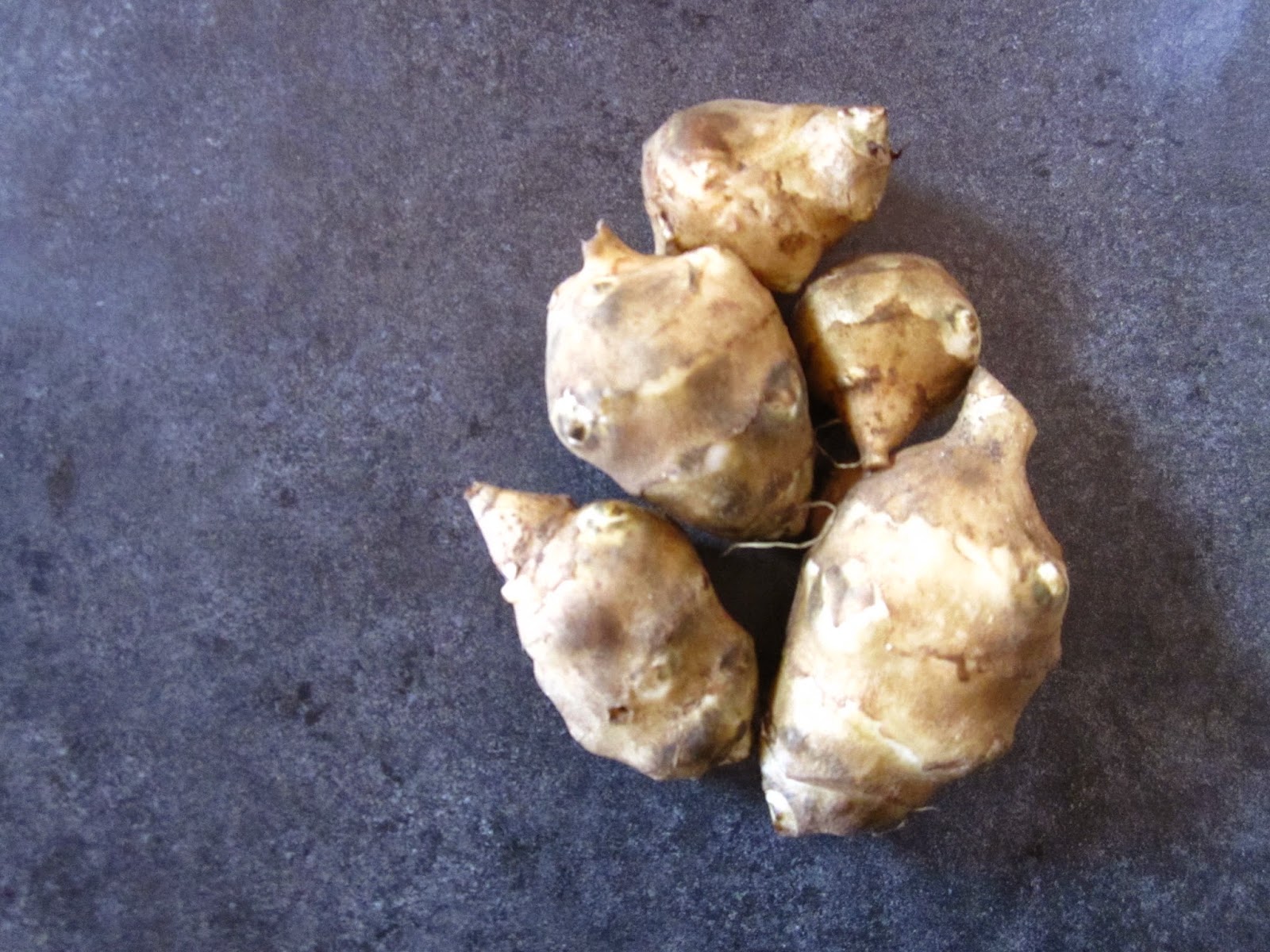 Unfortunately, they didn't even flower this year.  And the tubers themselves aren't looking too great.  As I mentioned above, I only pulled a few and didn't really dig too deep - they are very small!  I don't eat a lot of these but it would be nice to take advantage of them now and then, especially once they really start to multiply as I'll need to dig them up to control the spread.


I am used to them being larger.  The ones in the picture below were from our farm a few years ago.  Maybe a different variety? 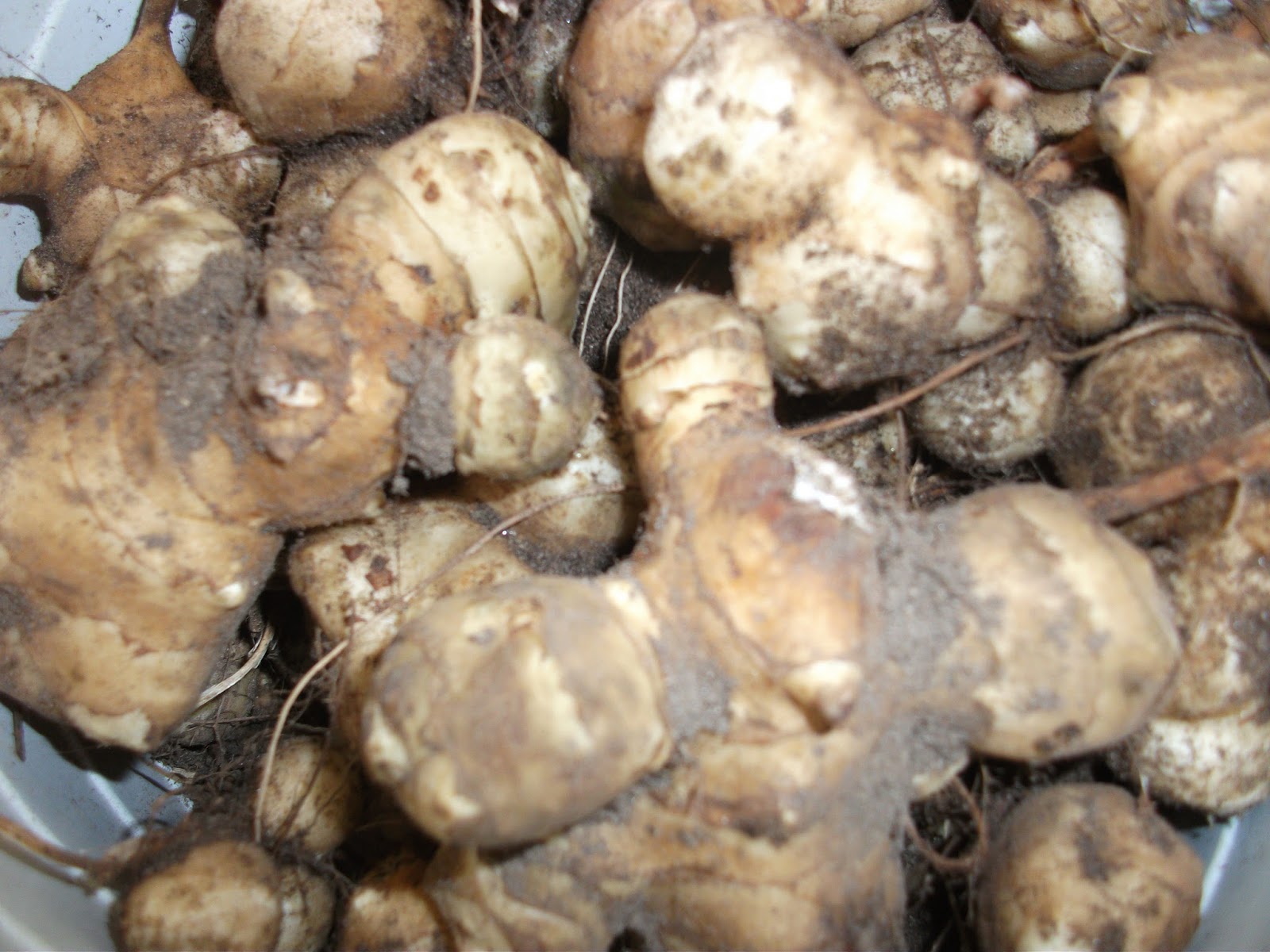 Mind you, the patch of jerusalem artichokes there was probably 3 feet wide and 15-20 feet long.  And the soil was not at all as compact as mine is here.


I think I'll dig around the current patch and loosen up the soil a bit to see if I can improve things for next year.  And I suppose they could use some additional nutrition although what I'm not sure (will google that unless anyone has ideas?).

And that is my limited contribution to the weekly harvest topic at Daphne's Dandelions Harvest Monday collection.  Stop by to see what other gardeners are up to.

The rest of the post is what I've done with a previous harvest - Tarbais beans.  This dish includes so many of my favourite combinations (tomatoes and bread, beans and cheese, bread and cheese, tomatoes and cheese!!) I couldn't help but love it. 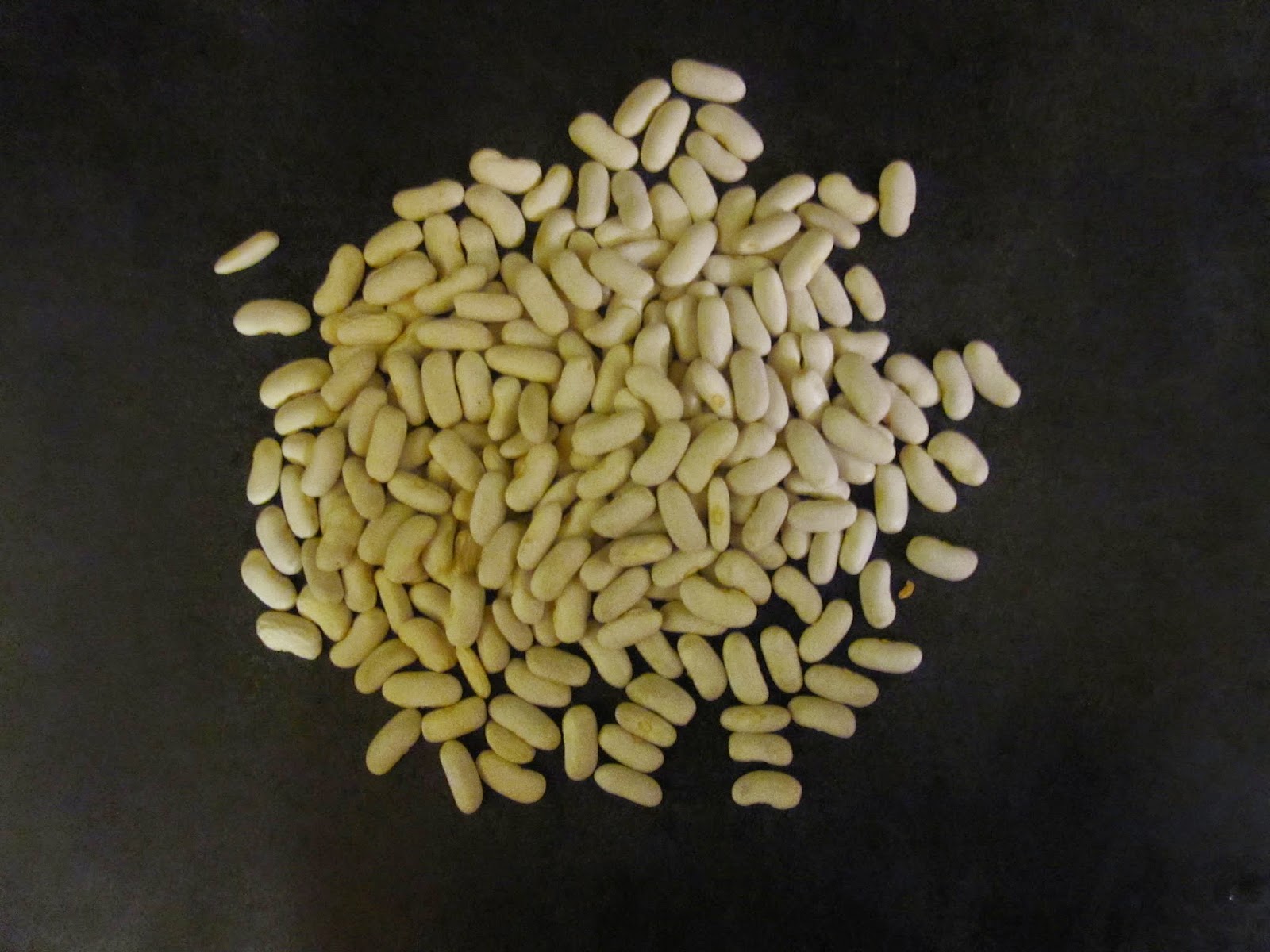 BUT ... I have to admit the Tarbais beans were a bit bland.  These were the beans I harvested earlier this year.  Does anyone know if Tarbais beans are always so bland?  It is the first time I have grown them.  I realize most beans don't have a ton of flavour on their own, but the borlotti beans are considerably tastier.  I'm just not sure that I want to devote the space for Tarbais next year ...

The dish is delicious either way but I might try another bean (cannellini comes to mind) the next time.   As for the rest of the Tarbais bean harvest, I've seen the beans used in dessert recipes where the sugar can help with the bland flavour.

Read on for the casserole recipe. 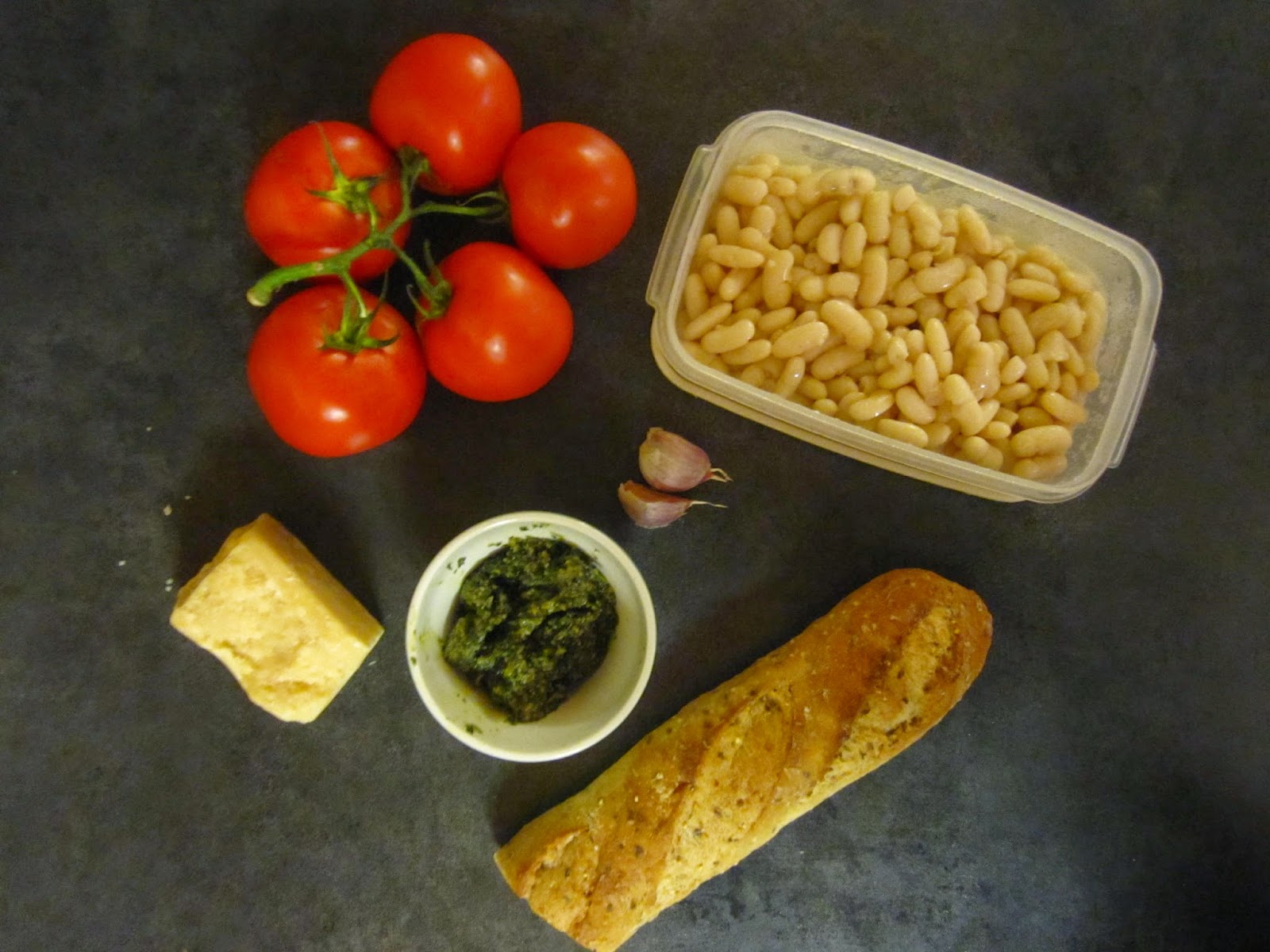 Heat 3-4 Tbsp olive oil in a large ovenproof skillet.  Add the bread cubes and stir to coat with oil.  Cook until cubes are browned and toasted.  Stir in pesto until bread pieces are lightly coated.

Add tomatoes and garlic.  Also season at this time with kosher salt and freshly ground pepper.  Stir often; cook about 7-8 minutes until tomatoes break down.  Add in the beans and kale (I used the smaller amount but use as much as you like), stir and cook another minute or two.

Bake in the preheated oven about 30 minutes until the tomato liquid has reduced.  Remove from oven, sprinkle with parmesan cheese then place under broiler 2-3 minutes until top is browned. 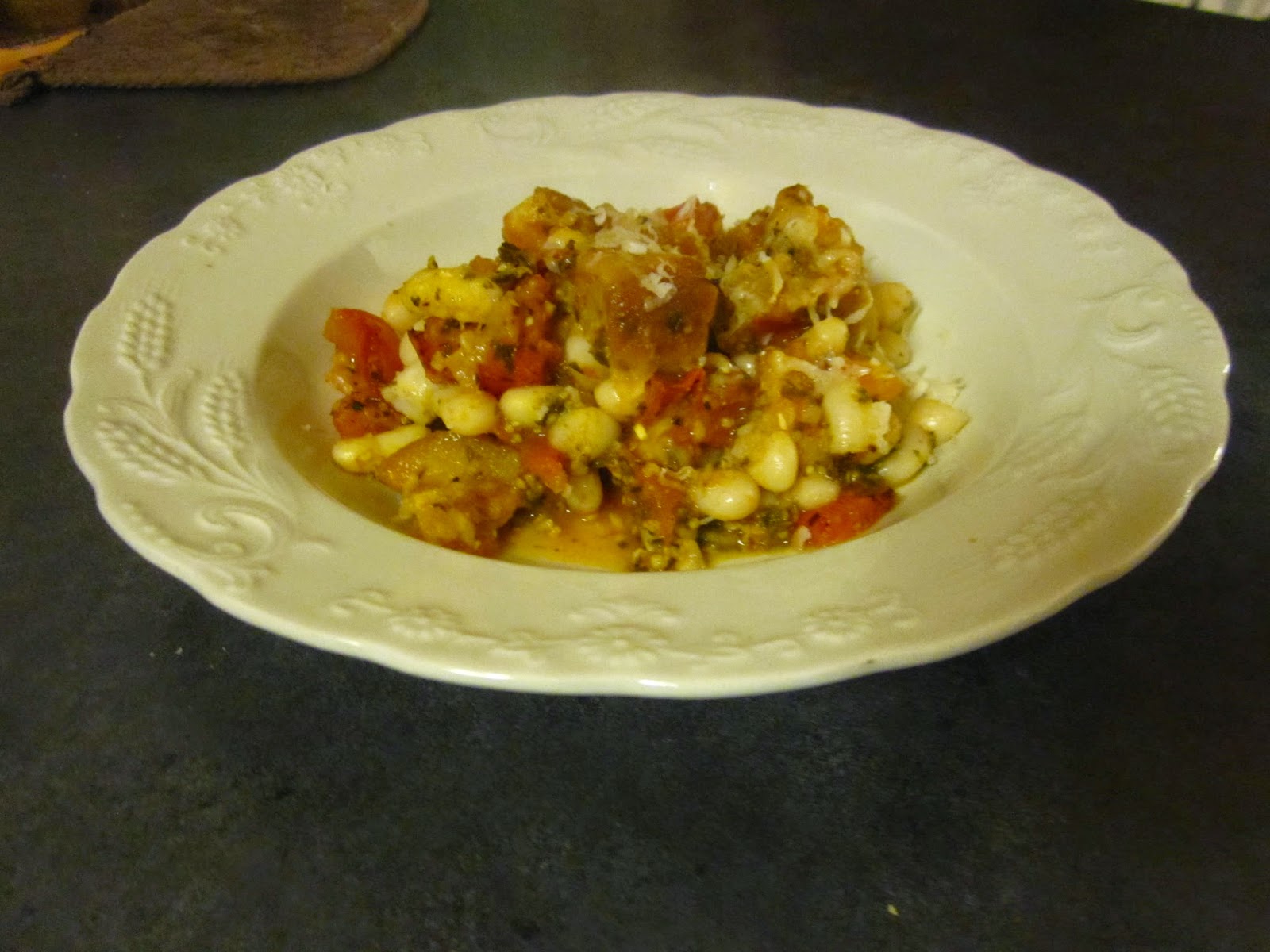