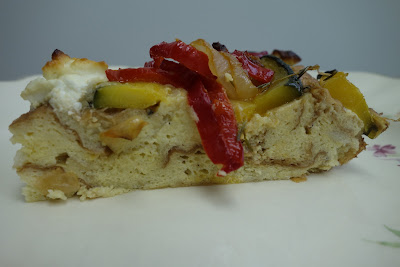 It's peak season for summer veggies and I've got plenty to choose from in the garden (or more to the point, sitting on my kitchen counter!).  This dish is versatile and can be served at any meal ... breakfast with a side of bacon, lunch with a salad or dinner alongside your favourite protein. 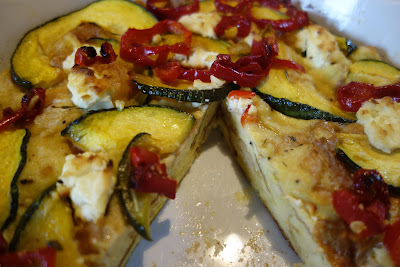 The veggie topping and choice of cheese can be changed with just about anything.  Maybe some onions and peppers with monterey jack cheese, or chopped broccoli and parmesan?  The version I've made here (zucchini and red pepper) would be good with blue cheese on top instead of the goat cheese.

Whisk together in a bowl:
Then add in:

Mix together, then pour into the prepared pan and let sit. 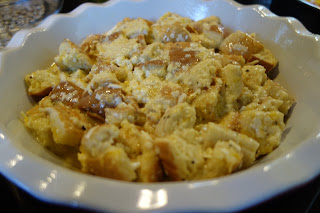 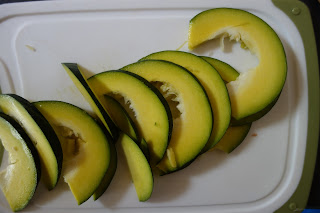 Arrange on top of the bread and egg mixture.  Dot with a bit of goat cheese. Bake about 25 minutes, until bread has puffed and browned. 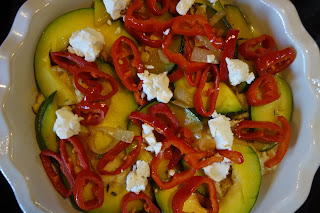 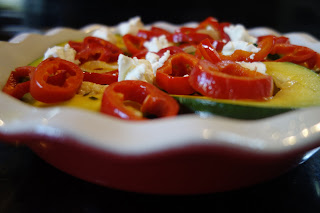 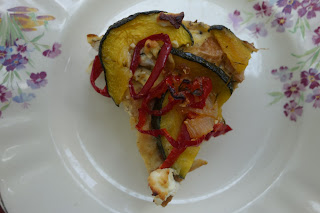