After a day and a half being completely despondent, my friend Peter called this morning to see if he could help at all with the greenhouse disaster.  Umm ... yes!  I actually thought he would pop by and offer some advice on what needed to be done so when I hired the contractors I might know what I was talking about.  But 5 hours, a few bruises and some sore muscles later, we actually fixed it!

And by "we", I mean Peter's brawn and brains and as much help that my friend Samantha and I could provide with our little girly muscles (and thanks to Glen and Donna who showed up just in time to help with the tarping!!).

The windstorm two nights ago ripped the entire plastic top off of the 60 x 25 foot greenhouse save for a few pieces of plastic still attached at the west end.  When I arrived home that evening I had no idea when it might get repaired and at what (most likely enormous) cost. 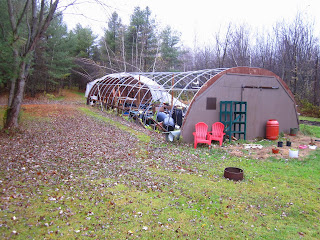 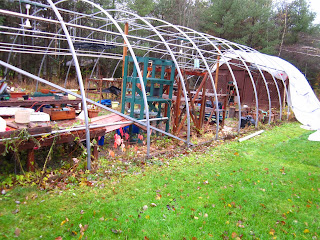 Seriously ... I was planning on hiring some professionals but we actually put it back together ourselves in one afternoon.  It's a bit frankenstein-ish with an extra piece here and there to make things work but it is in perfectly good condition.

We were unable to pull the plastic top all the way back to the front of the greenhouse so a tarp has been put in place to cover the gap.  Another tarp is across the middle to cover the one single tear caused by the windstorm.  And several ropes have been staked into the ground at intervals to keep it all in place.

The pictures do not do justice to the ingenuity and effort involved for only the three of us to make this happen, but here are some shots from the afternoon.

Sincerest gratitude to Peter and Samantha! 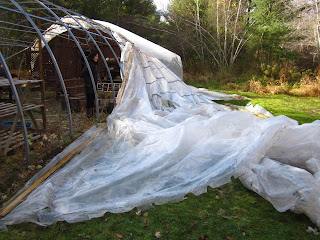 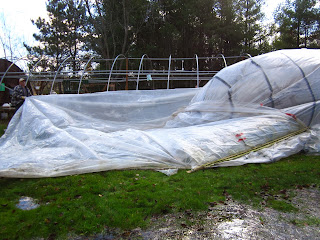 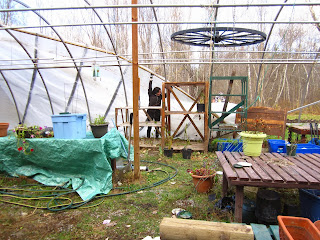 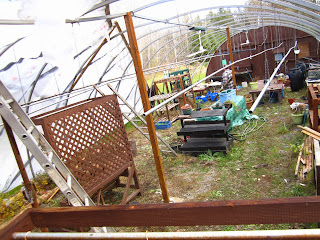 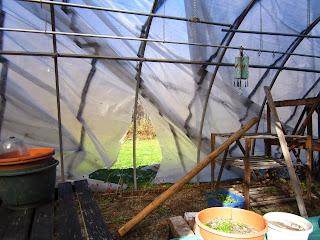 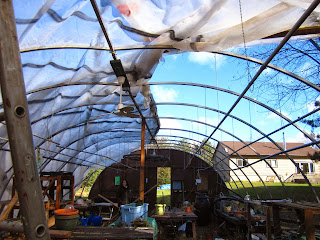 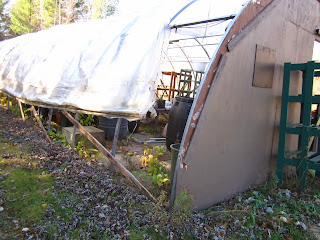 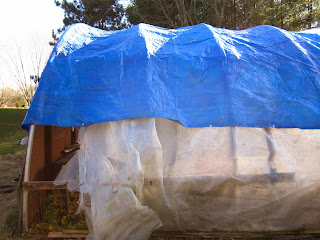 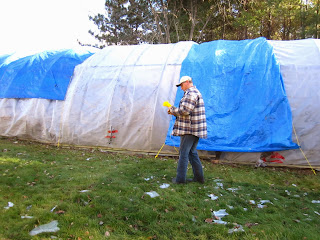 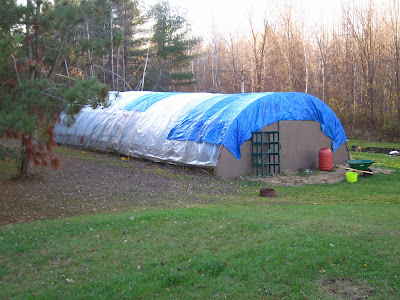