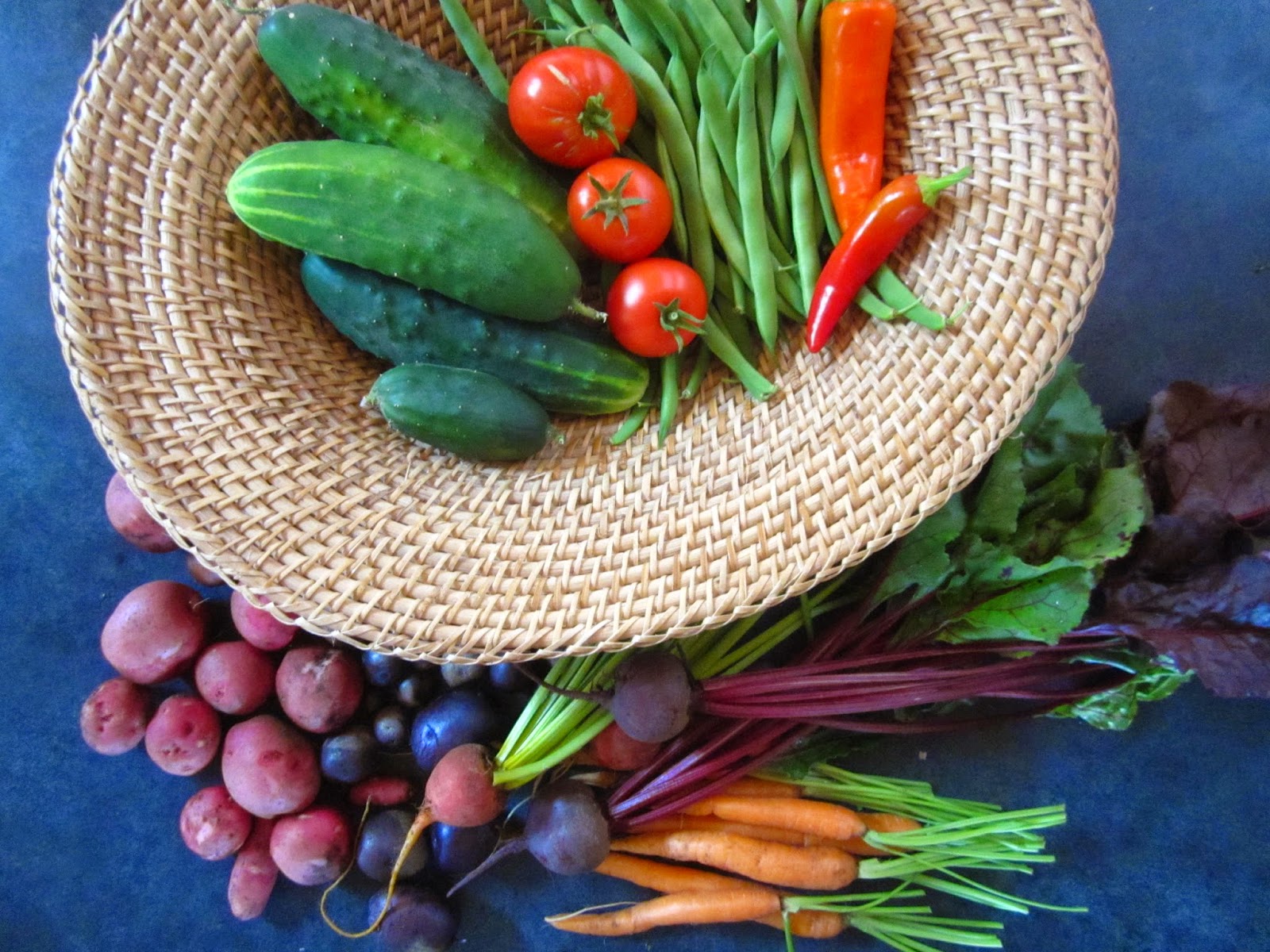 Lots of new items coming out of the garden this week .... just when I thought I'd have nothing to post but greens again!

I have many ideas for cooking some of these up which I'll share throughout the week.  I have already used up some of the harvest including last night's beetroot risotto (with beet greens and goat cheese). Delicious, but I think I need to rework the current recipe as the pinkish colour is maybe not as appetizing as it could be (it usually comes out much more vibrant red; I suspect I just need to use more grated beetroot early on). 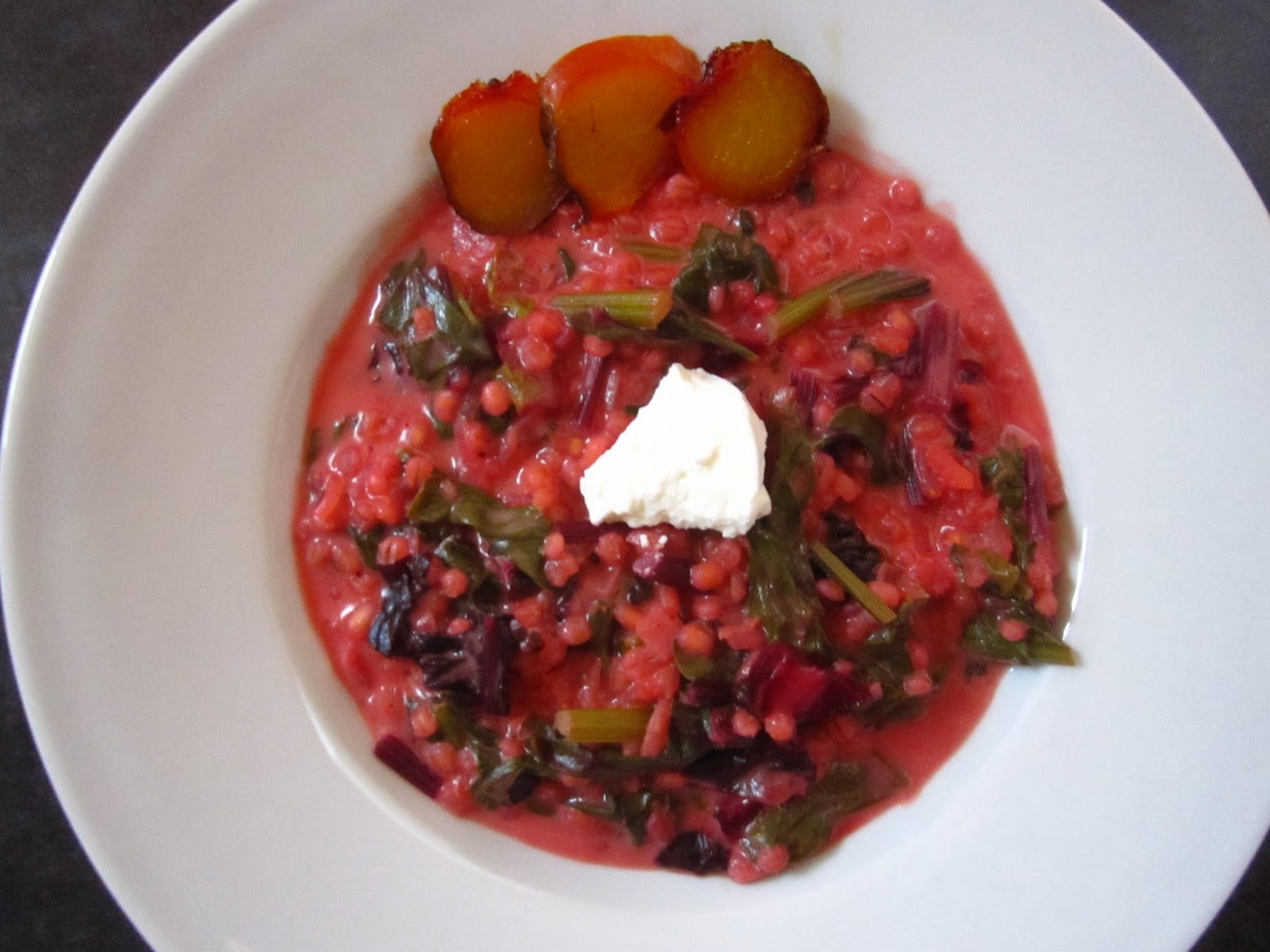 I pulled the remaining garlic and, although not very big, at least most of them came out okay. 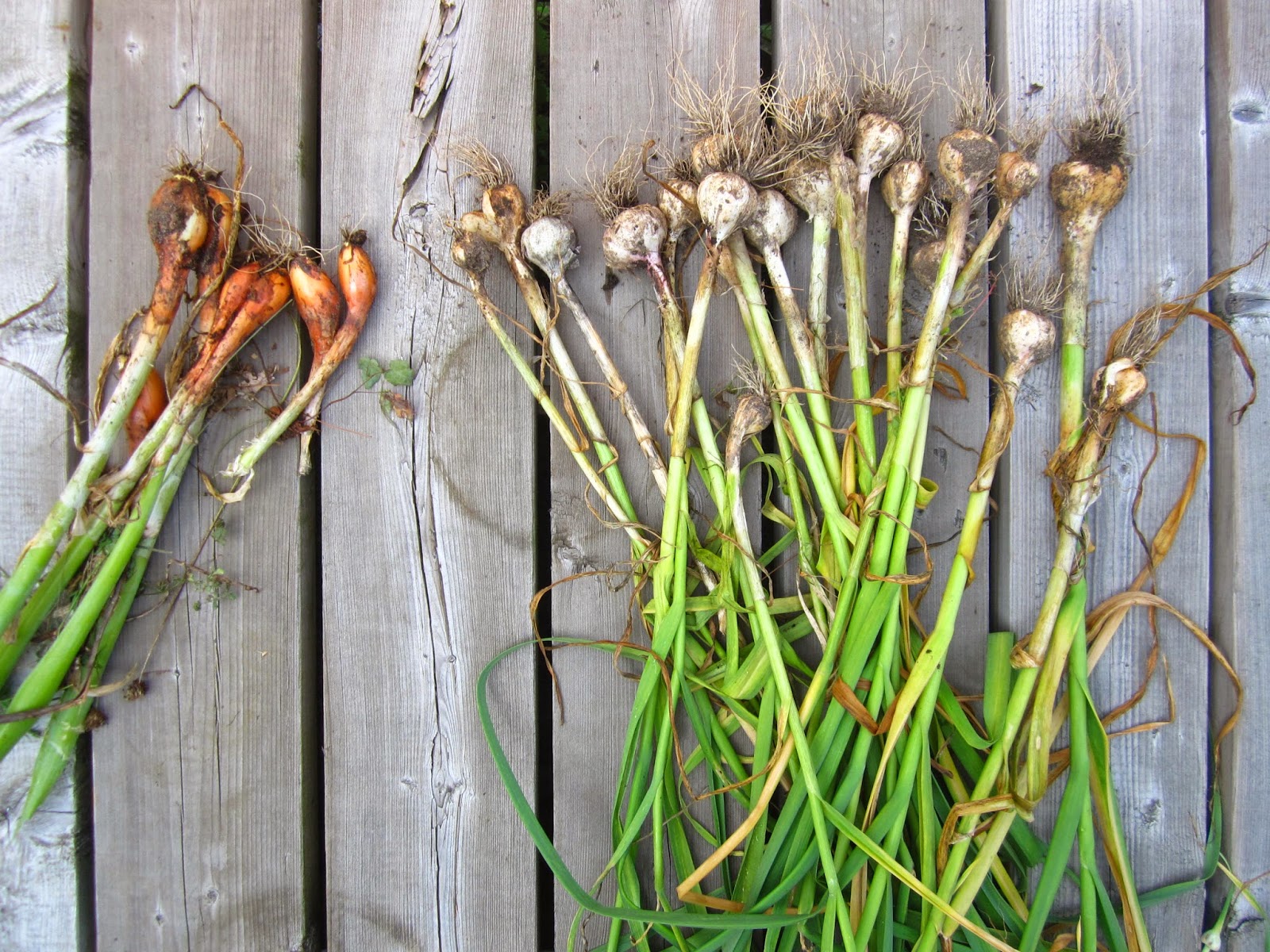 But there were another four with a similar problem to before ... in fact, three of them had such soft heads that the stalk slid right off.  I suppose I'll have more than a few volunteers next year unless I do a good job digging up the garden this fall. 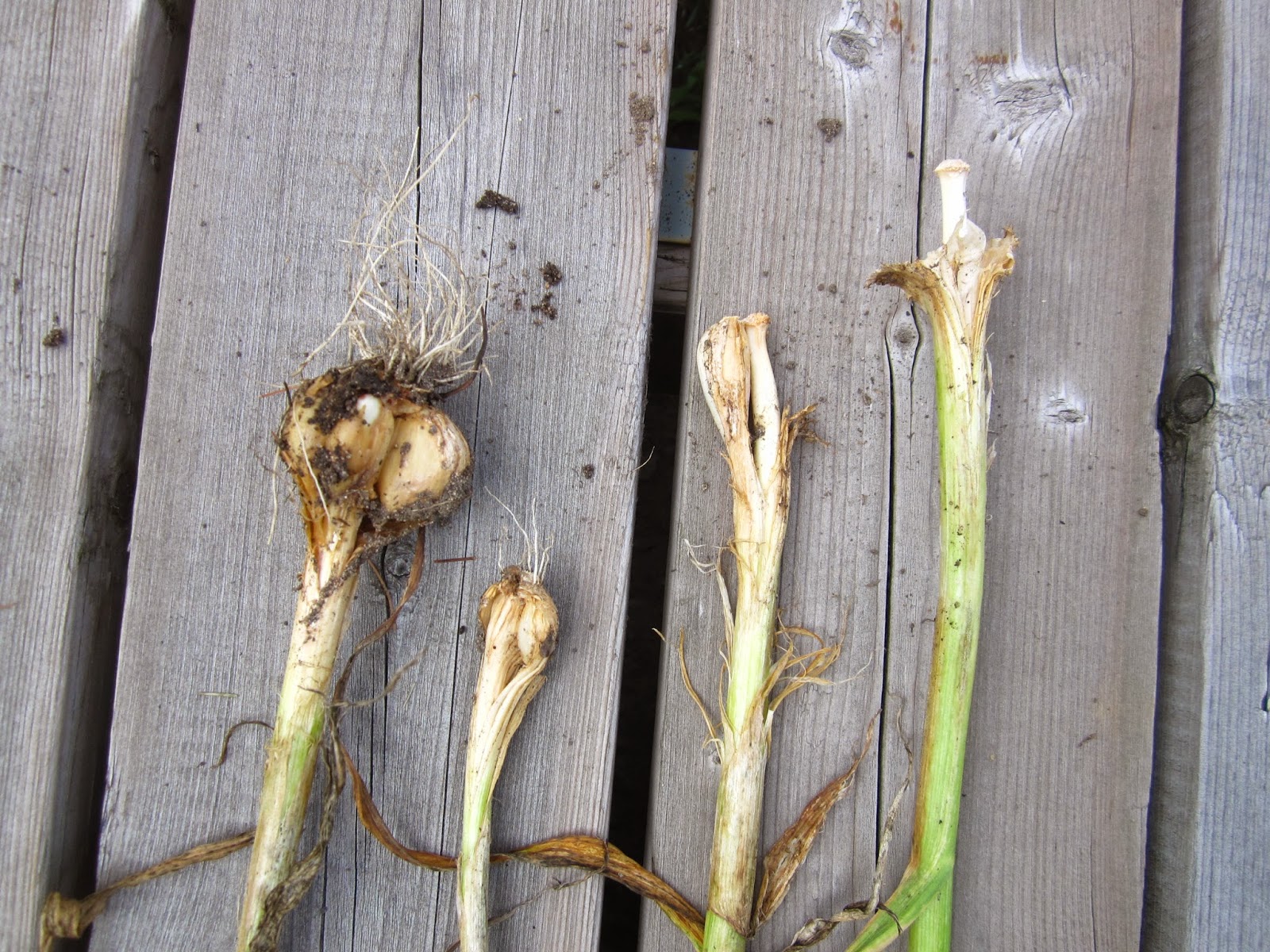 I'm glad to have enough beans to do something substantial with ... maybe not enough to pickle?  Well, maybe a small batch. And some lovely ripe tomatoes with a few more ready to be picked. 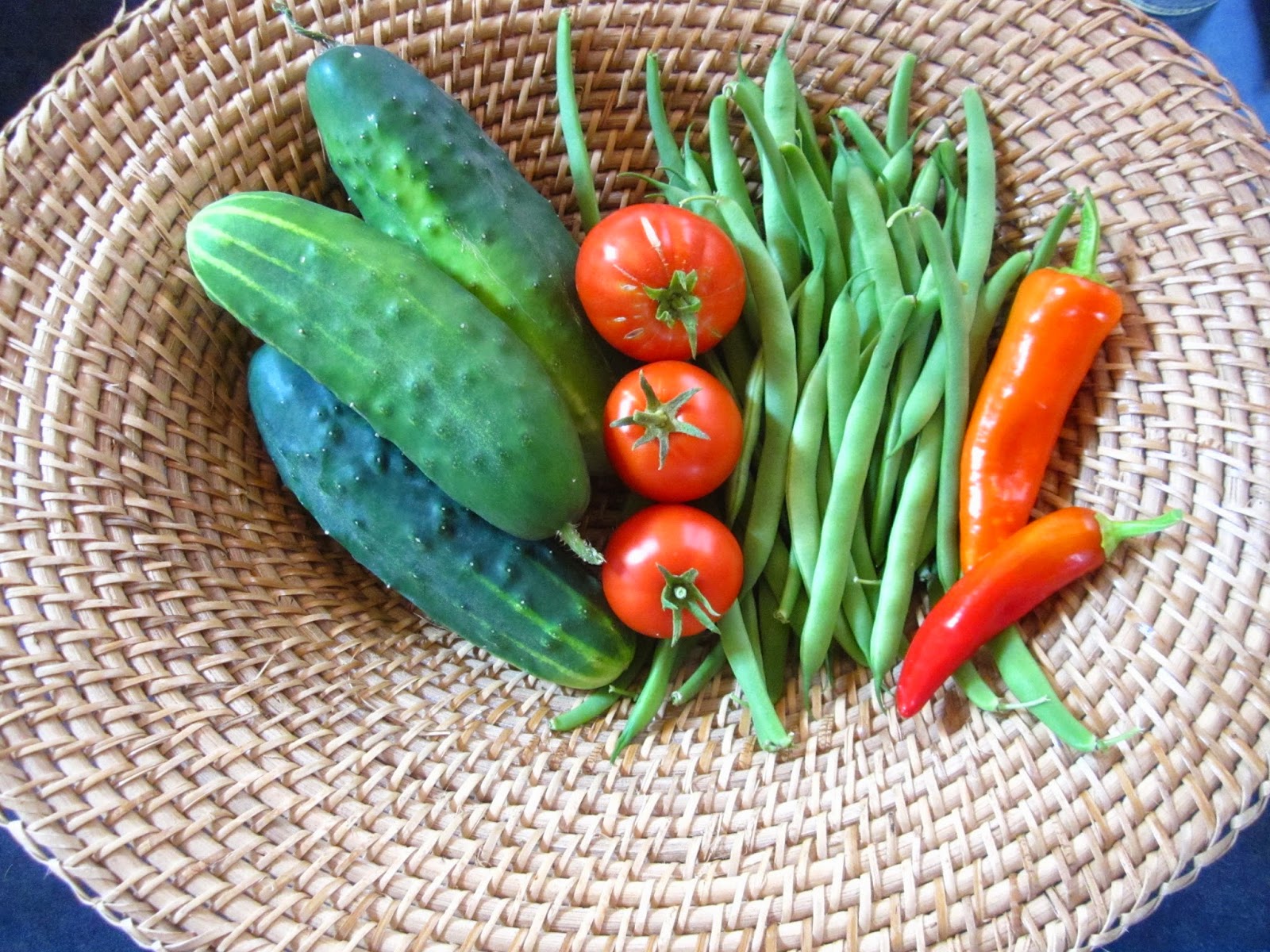 And speaking of pickles, I have been picking several cucumbers each day.  I now have enough to make a batch of my quick dill pickles.

I was looking for some of the Russian Blue potatoes and accidentally pulled a red potato plant first.  Not really a big deal as I love eating baby potatoes which is why I grow so many potato plants!  More than half will be harvested early so I don't get that many fully sized at the end of the season.  The carrots and beets were only picked to thin out and make some space for the rest to get bigger.  Although, admittedly, I've never gotten very large beets but I do what I can to help them out! 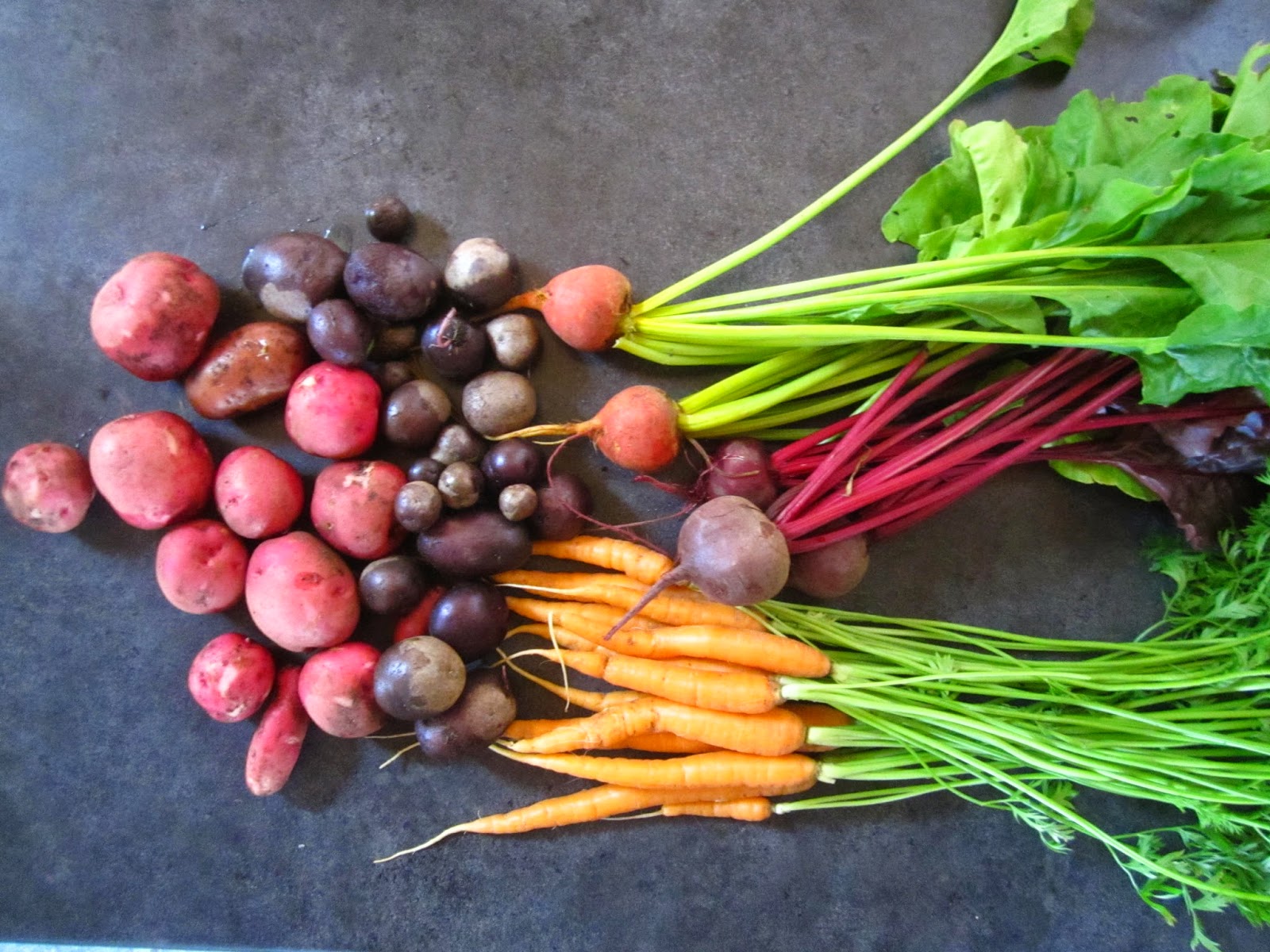 Once I've sent this post off, I'll be heading over to Daphne's Dandelions to see what other gardeners are pulling up (or off) this week.

And here is the rest of the harvest ... the usual variety of greens and herbs: