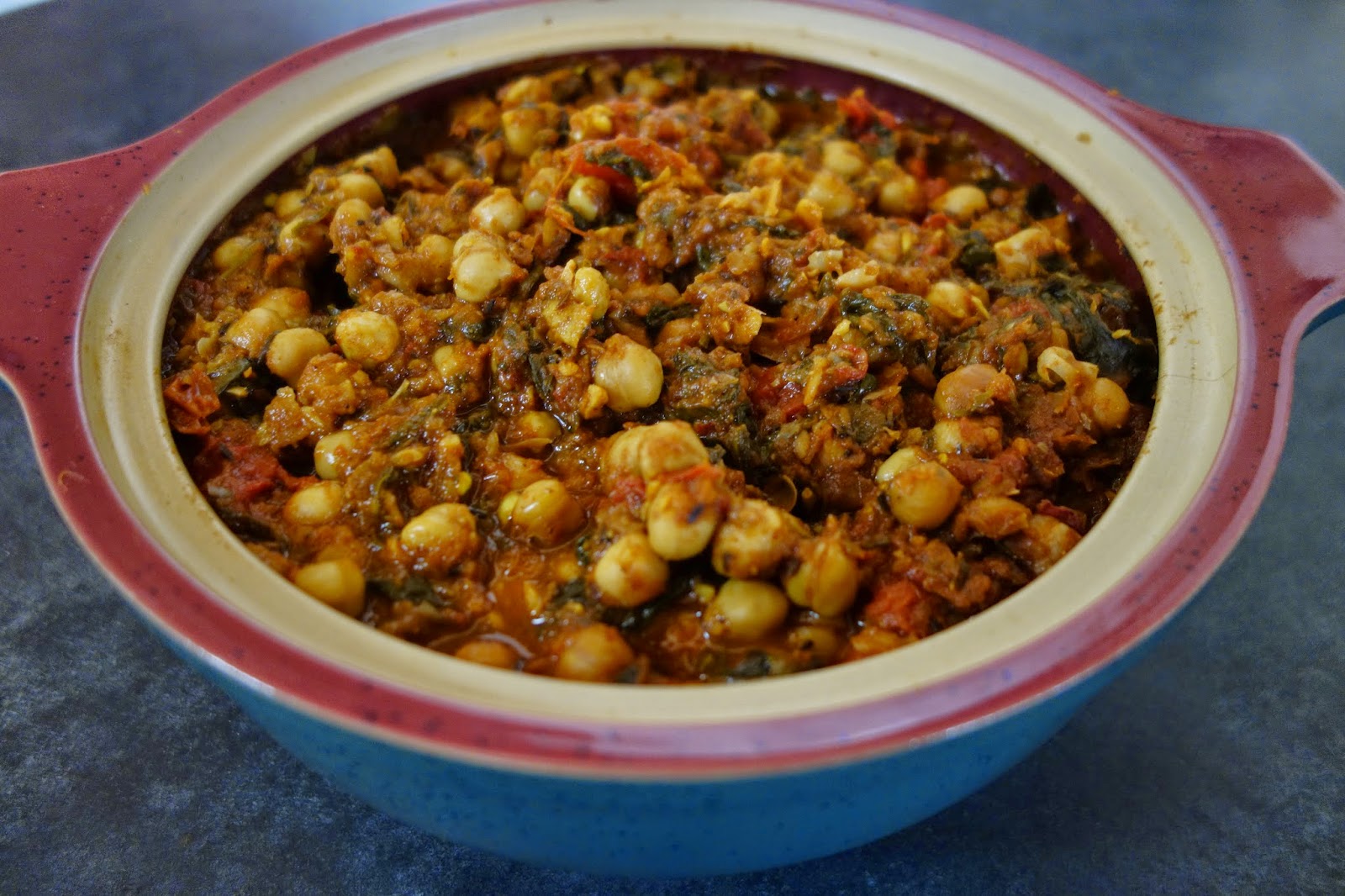 I am not a winter person - I was born and raised in the 'burbs of Vancouver then moved to Ontario about 15 years ago.  Still not acclimatized.  Maybe I won't ever get used to it.  So winter for me is spending a lot of time indoors and cooking a lot of "comfort food" - casseroles and such.

Last weekend, I hosted another one of my Indian (well mostly Indian) food buffet for some friends.  As part of the meal, I decided to upgrade last year's chana masala recipe to include spinach as I still had some left from my own garden's harvest - so making it chana palak (palak being spinach).

In addition to the chana palak and various salads (raita, cucumber and tomato, etc.), I served:
I also made a Carrot Halwa for dessert, but it didn't turn out so well.  Probably because I was using carrots from the store which I generally find quite bland.  I think I'll try it again with my own carrots (assuming I have a good harvest later this year!).  I ended up dishing out what was left of my homemade rhubarb-strawberry ice cream instead.

I didn't take pictures of the other dishes, but I really want to share the recipes for the pulao dish and the potatoes.  I'm sure I'll make those again soon so I will take pics and post the recipes then.  In the meantime, here is the recipe for the Channa Palak.  It's hard to say how many it feeds - I had 10 people over but 7 other dishes! 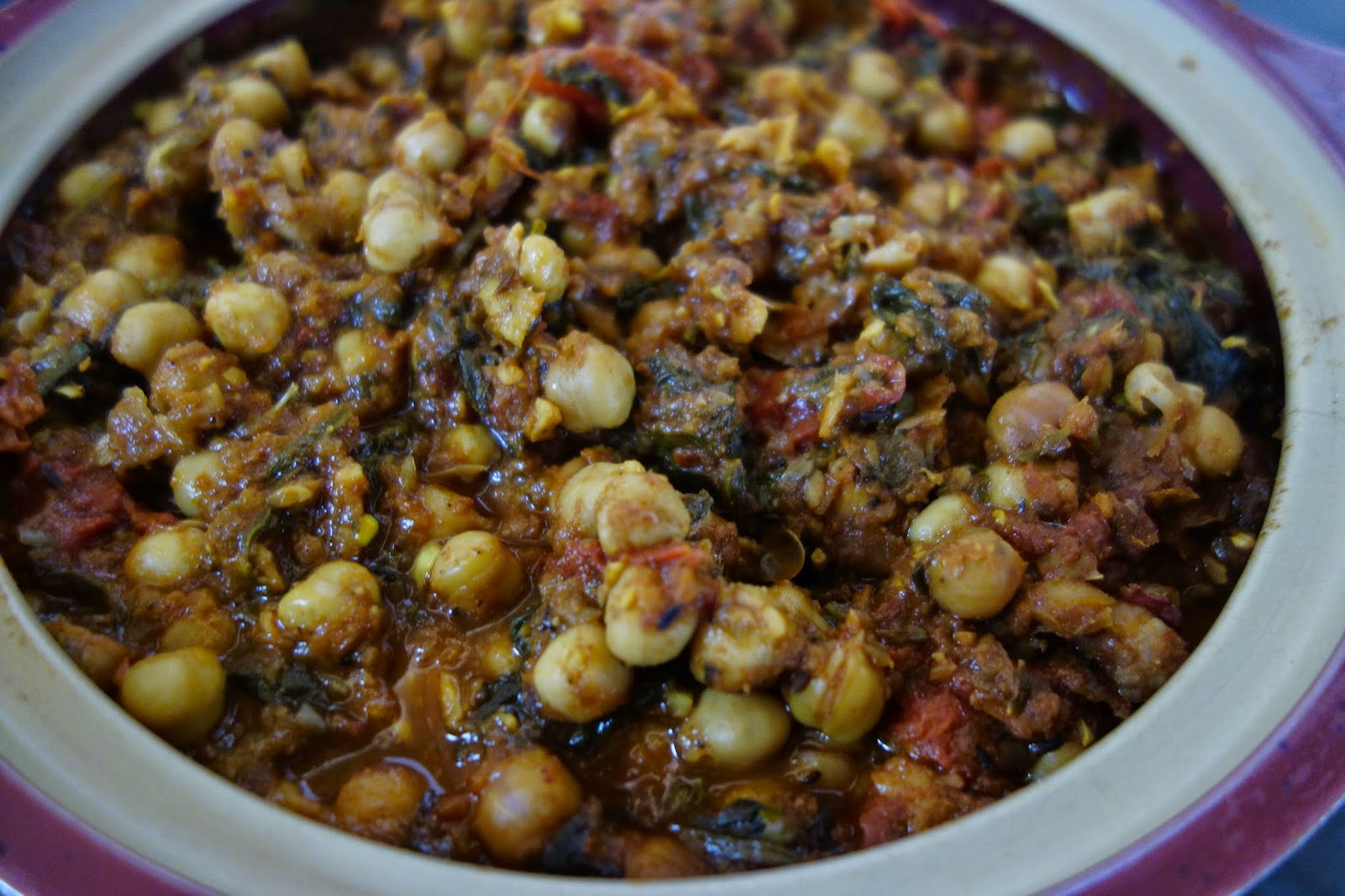 Puree the onion, garlic, ginger and chiles.  Set aside.

In a large pan, heat 4 Tbsp of a neutral oil such as canola (not olive oil).  Add the cumin seed.  When the cumin seed starts to "spit", add the onion puree.  Cook 6-8 minutes on medium heat to remove most of the moisture.  Add remaining spices and cook 2-3 minutes.

Add  chickpeas and spinach.  Stir to combine all ingredients well.  Then add tomatoes.  Stir again, then reduce to a simmer and cook 15 minutes.

Add garam masala to taste and adjust salt as required.