Well, things aren't looking too well on the pepper front.  But I do have some good progress with other plants, so maybe I'll start off with the good news.

After what seemed like forever, the parsley started to pop up a few days ago.  Looking good! 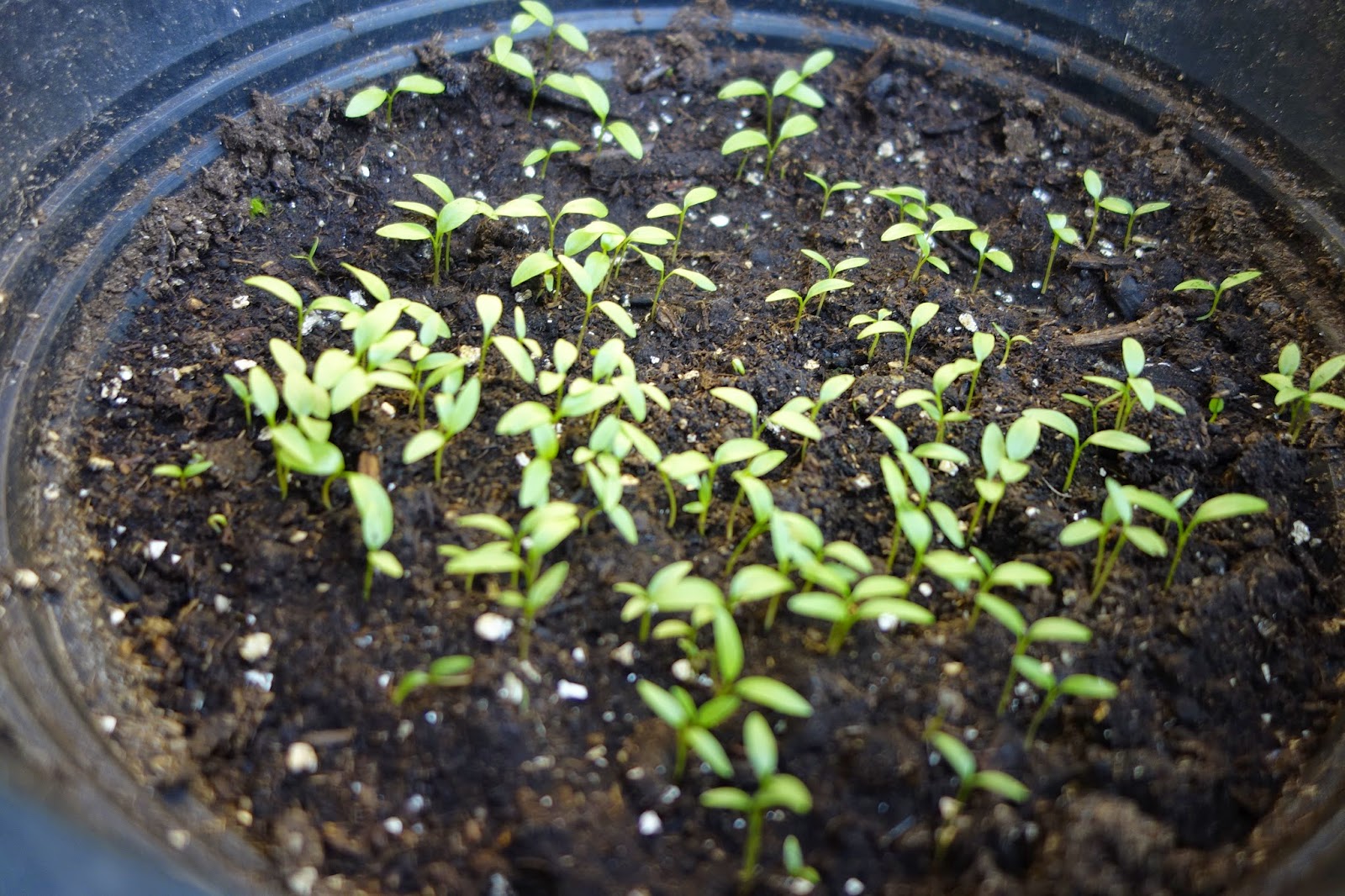 Likewise for the thyme (left) and sage. 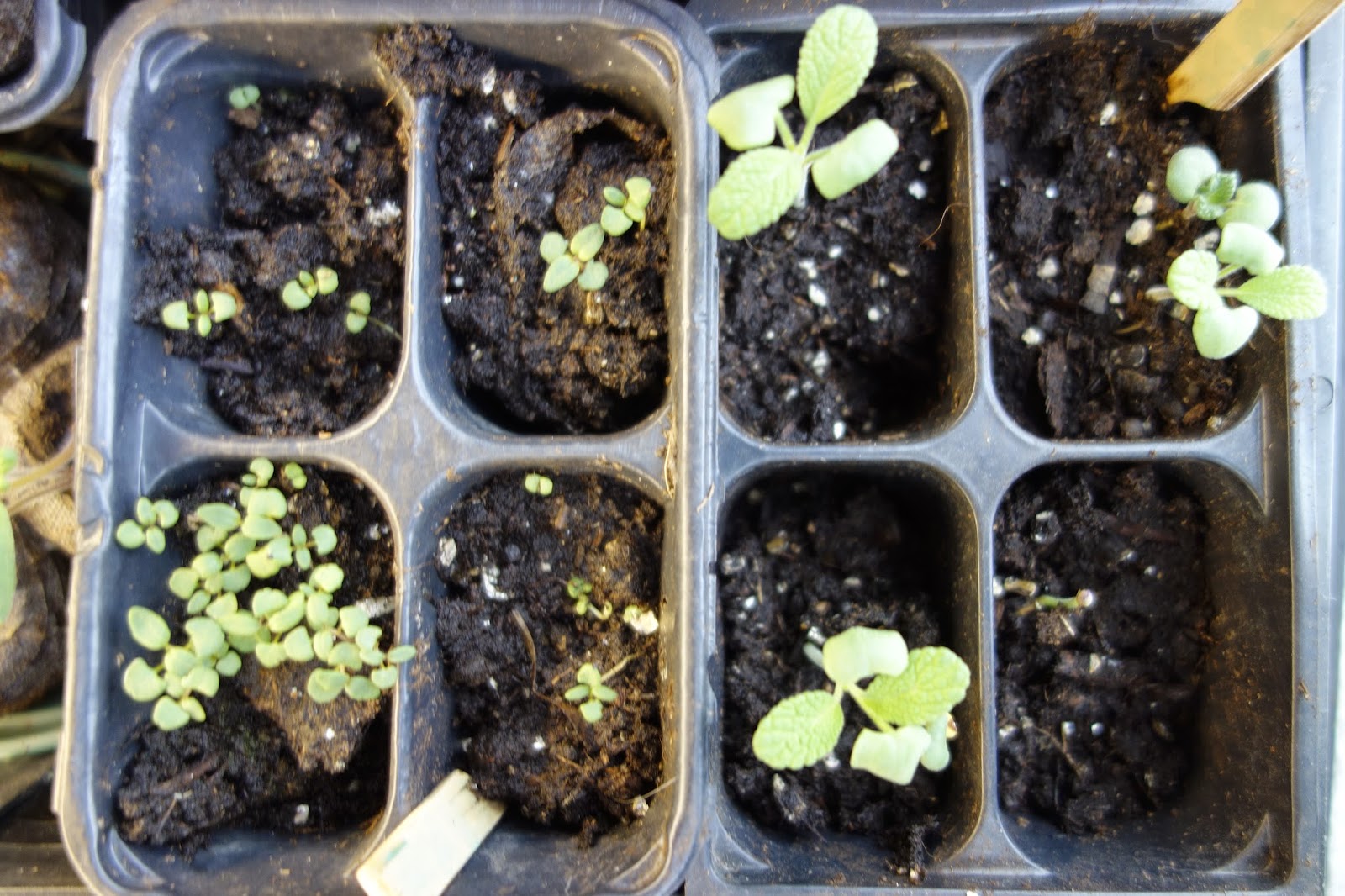 Tomatoes are ready to be transplanted. They are currently in peat pellets - this weekend I'll rip open the bottom of the pellet and just pop each one into individual pots with some good potting soil. 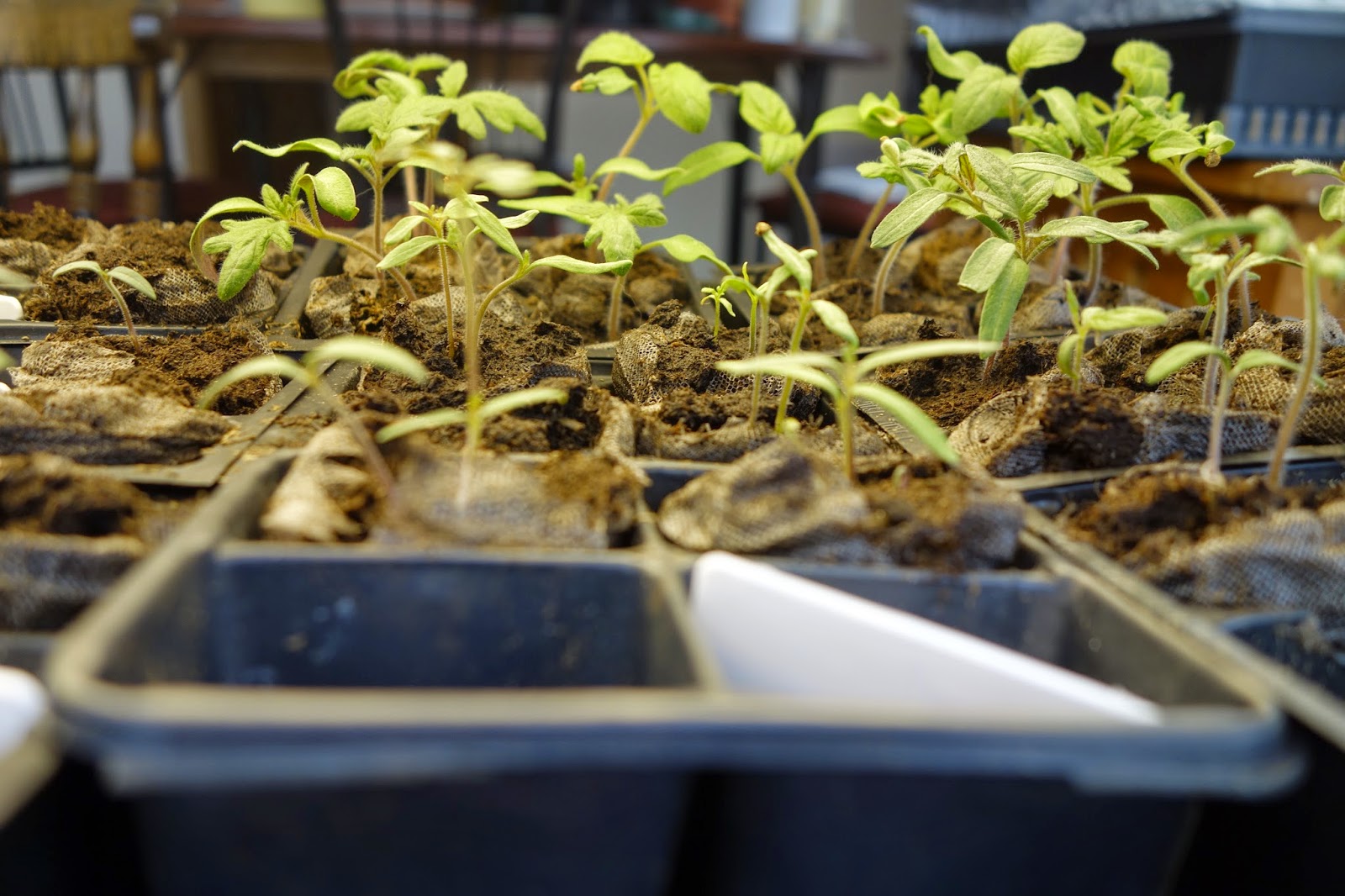 And I have some peppers that are doing OK ... these include Hungarian Hot Wax, one variety of jalapenos and a generic red pepper. 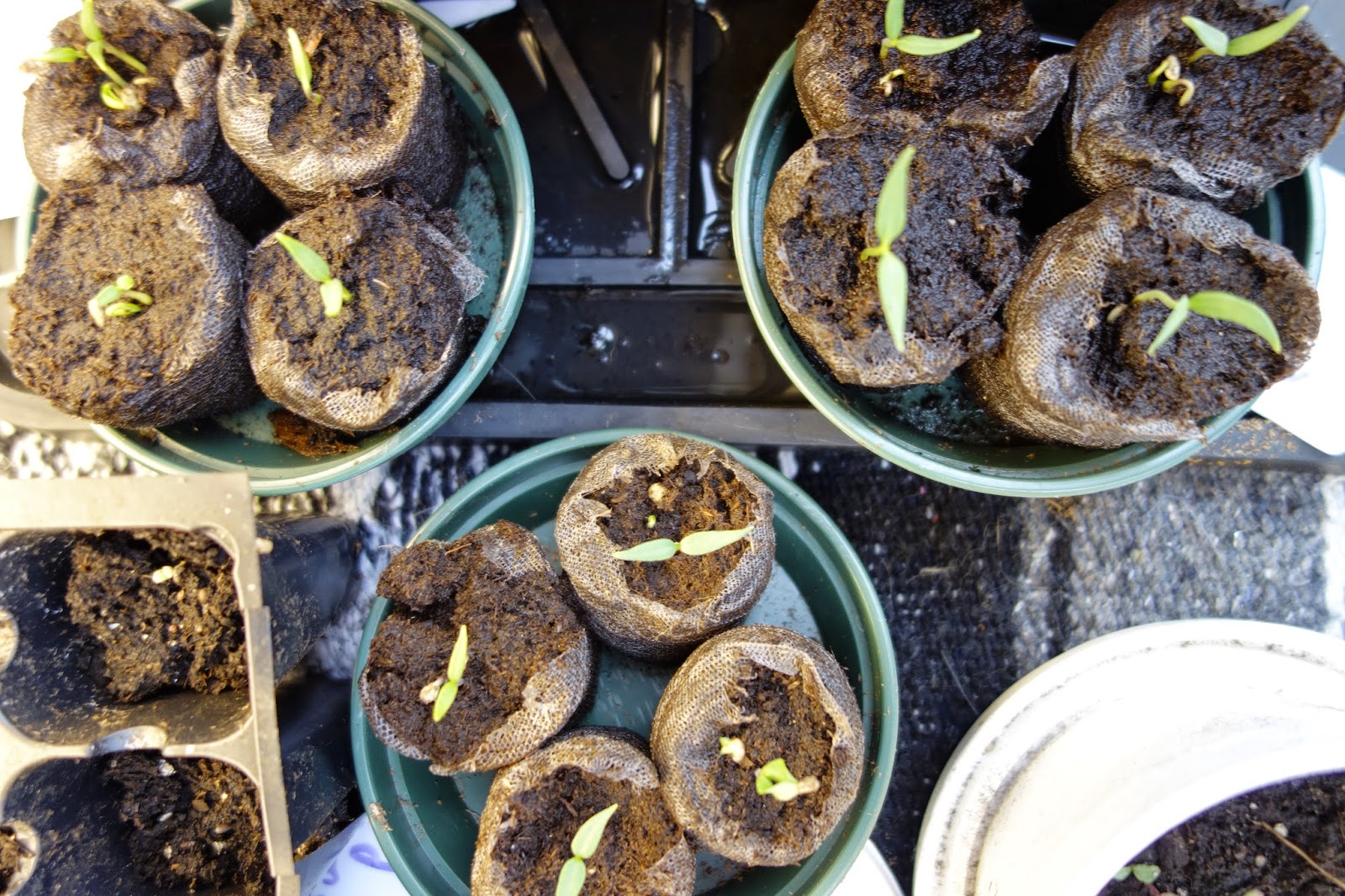 And that's where the good news ends.  What is left in my jiffy greenhouse (on a heat mat) is mostly different varieties of peppers, with maybe a few tomatoes here and there.  Although peppers can take a while to germinate, the fact that some are already looking like healthy seedlings would suggest that the rest are duds (some of these are from brand new seed packets!).  I will start with some fresh peat pellets and reseed this weekend as it's already getting a bit late to start peppers for my area.  I have honestly never had problems like this before, but hey, it's all a learning experience, right? 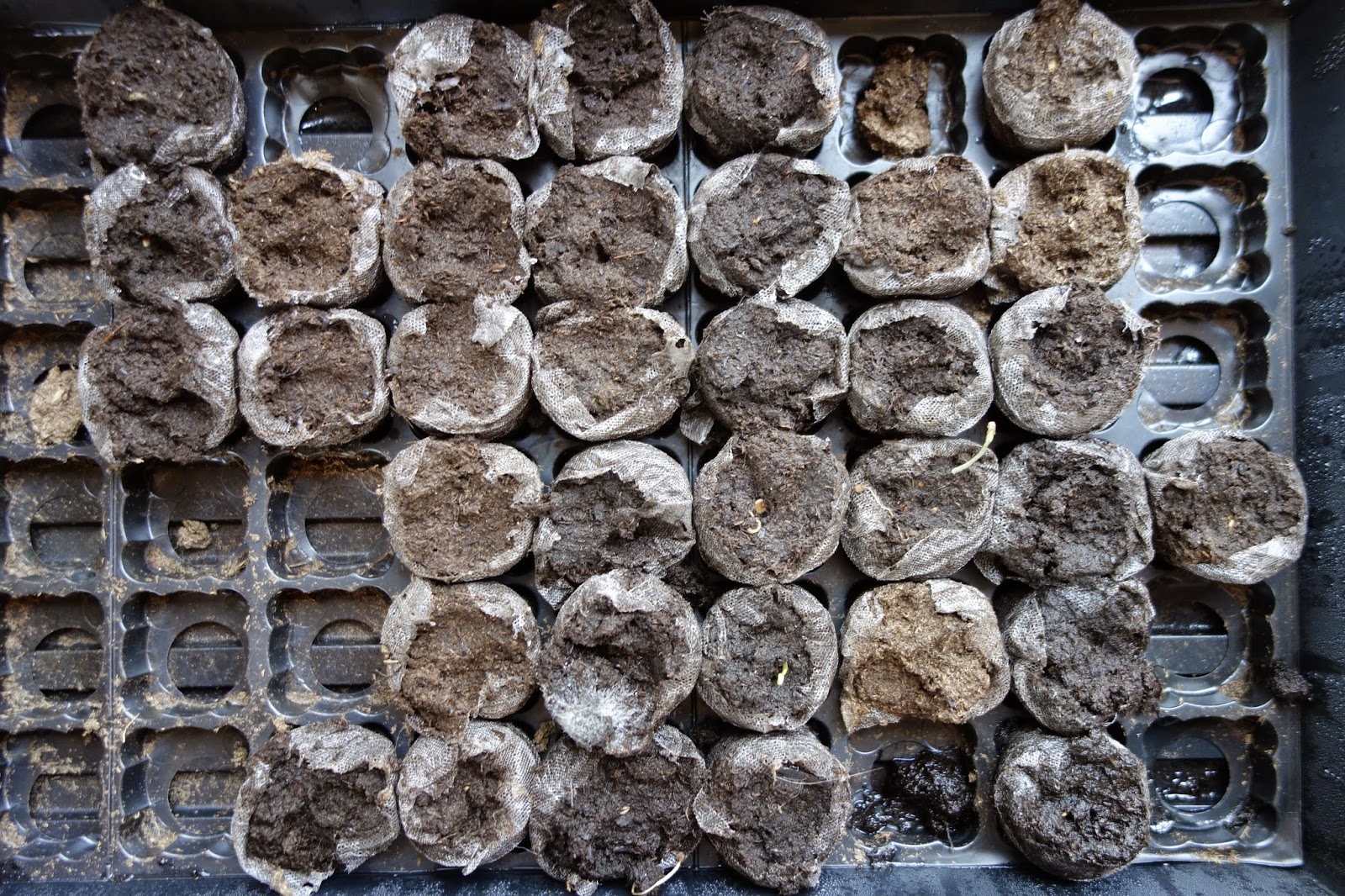 And I don't know what happened with my lettuce - old seeds, wrong temperature, inadequate moisture levels?  Lettuce is the easiest thing in the world to grow!  But this is all I have after 2 weeks: 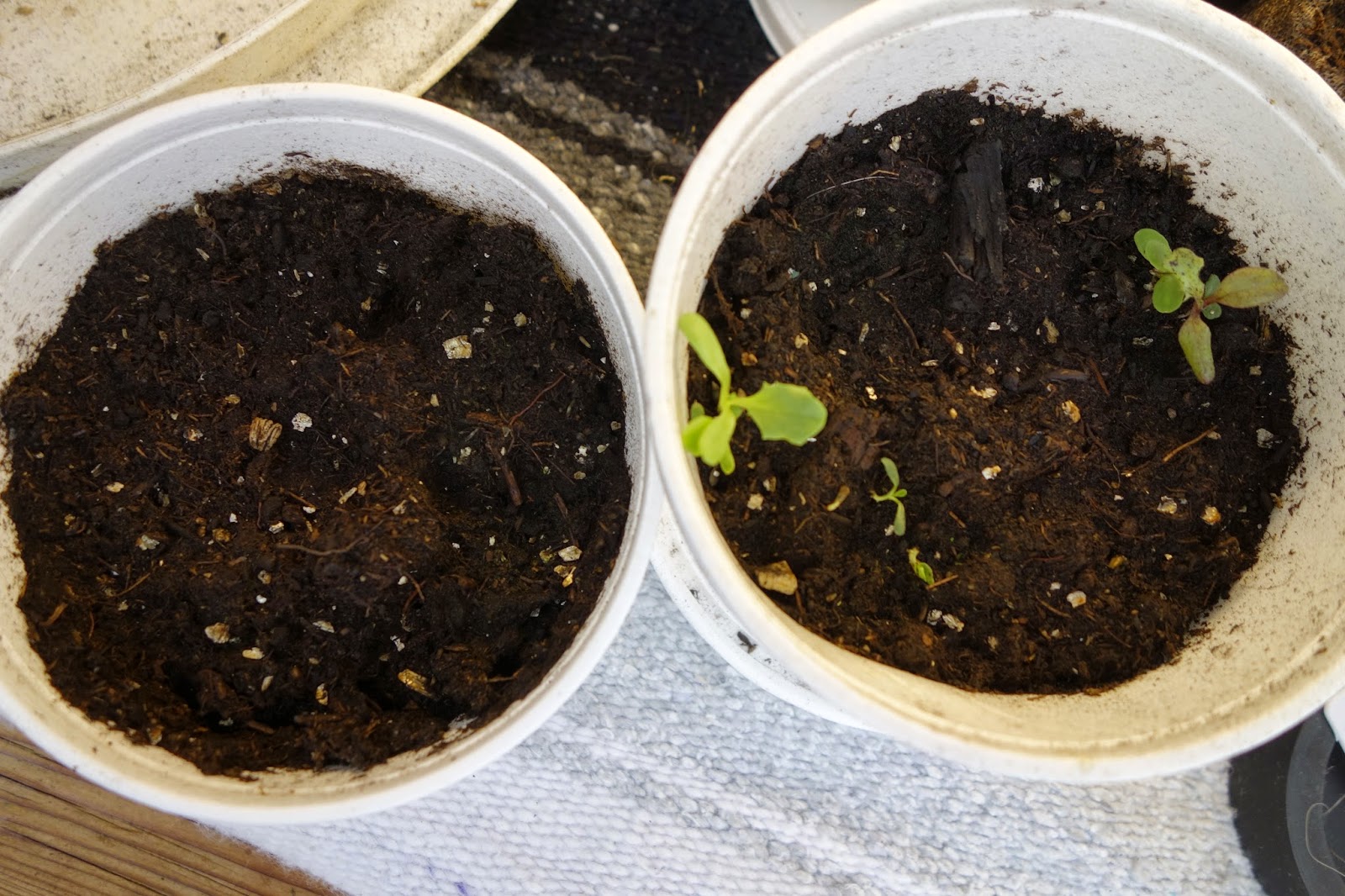 And, arrggghh, the rosemary!  Two years ago was the first time I tried growing rosemary from seed.  Very shortly after that I decided never to do it again (see post growing herbs from seed ...not). But that was when I was under the mistaken impression that my rosemary would overwinter here.  Not so the case and I figured even with low germination rates that it's cheaper to grow from seed then to buy several plants each year. But oh ... so frustratingly difficult!  After scattering MANY seeds into this and two other 4-pack seed trays, I have a single sprout - can you see it in the upper right quadrant?  Ugh.  I'll reseed this weekend in the hopes of getting more than one plant out of an entire pack of seeds.  In the meantime, I need to baby this little guy as much as possible! 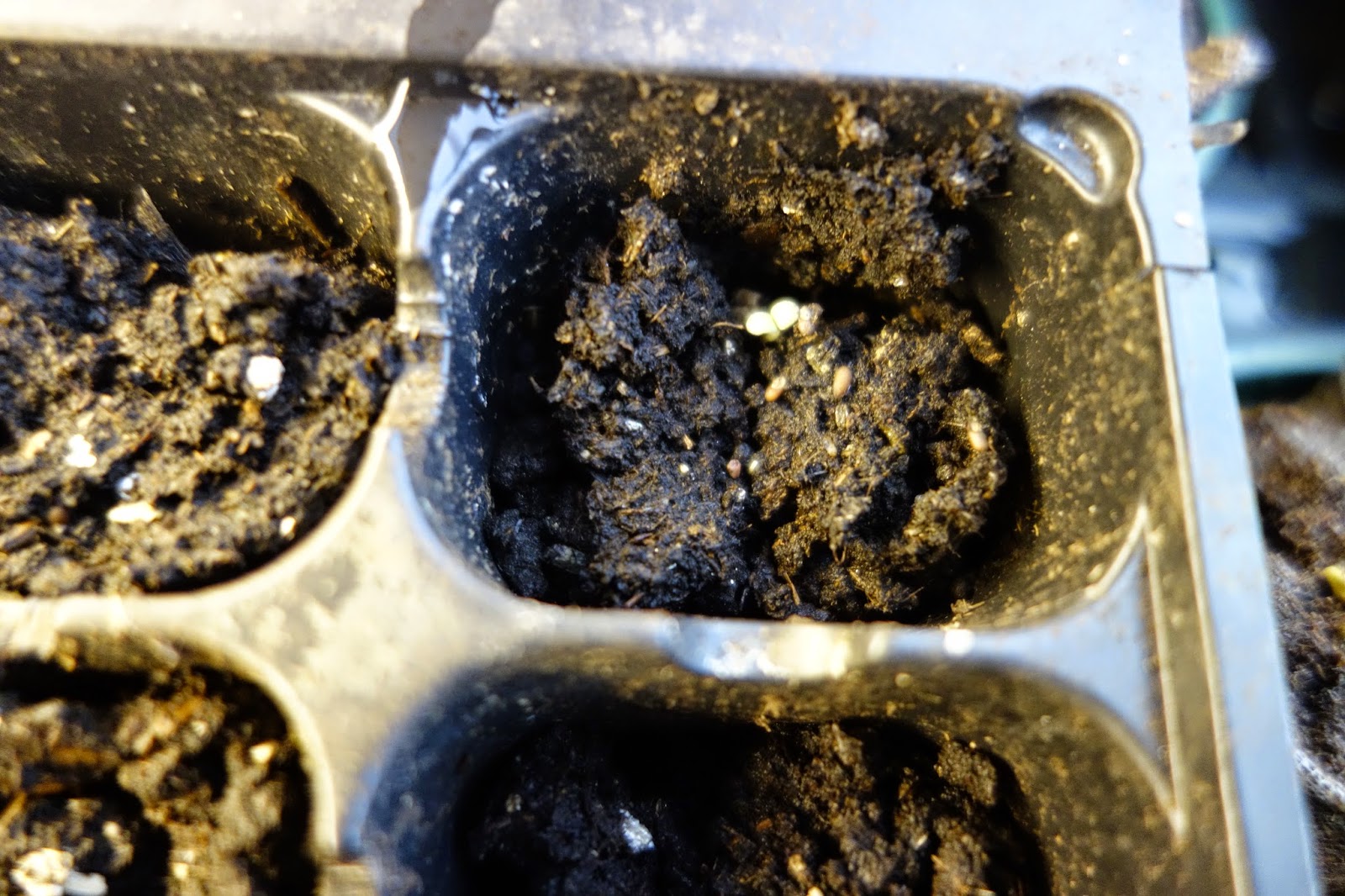