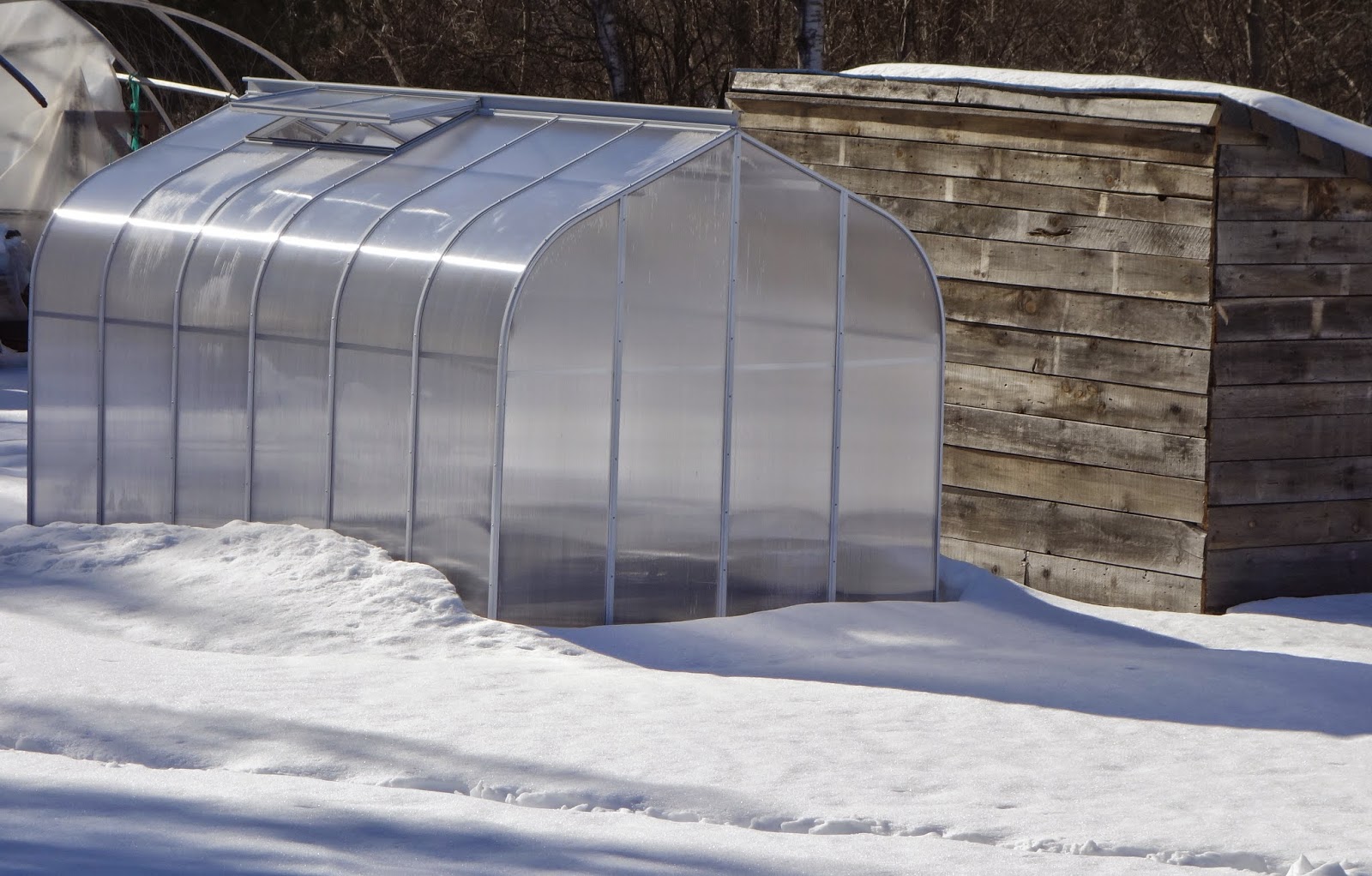 I've been away this past week in the Dominican Republic (a few pictures on my last post for Wordless Wednesday).  It was -25 celsius when I left ... but arrived back Tuesday night to a balmy 5 degrees!  The greenhouse vents opened up as it was so hot inside!!  I have to admit that the open vent was a pretty awesome sight!  I later went inside to check things out and it was really warm - the original thermometer broke so I just need to get another one to see what it's really like in there before I do anything.

I booked the trip about a month ago so I knew I had to wait to get some seeds started.  I was really hoping to get an early start this year, in particular, to take advantage of the new greenhouse.  Oh well, it' still a bit of an average time to get going for me.

I usually store my seeds (in the cool dark basement) by plant family or other general groupings.  This helps me decide what I need to order or what I already have enough of.  But they get a bit mixed up ... for example, since I plan my garden around what I like to eat, I usually put the kale with the greens instead of the brassicas group because it's more intuitive when I plan my seed orders. 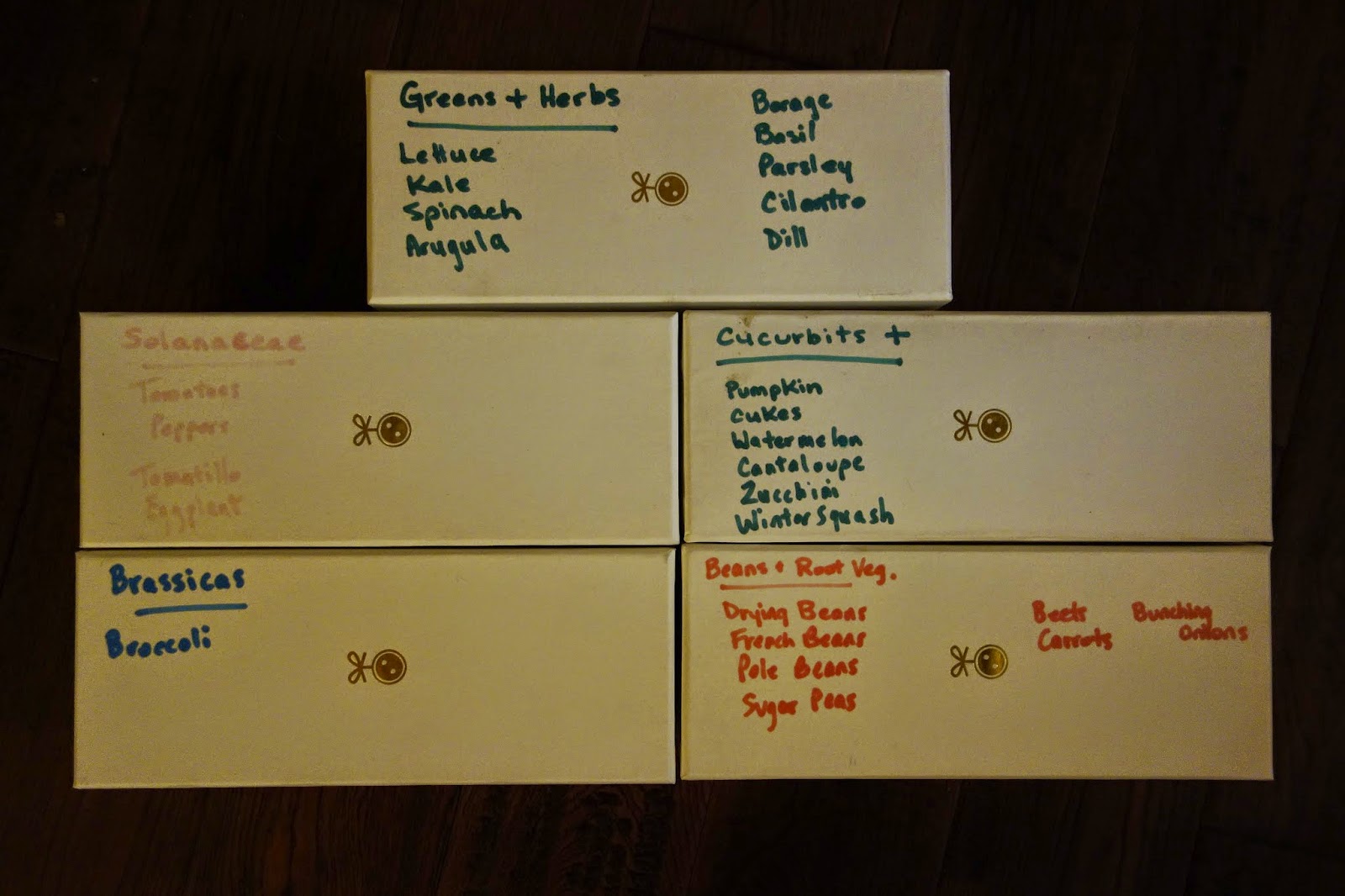 Then once my seed orders are all in, I split them out into planting method.  As shown in my recent post of my 2015 garden plans, this year I have three splits - starting indoor, starting in the greenhouse (new this year!) and direct sow outside. 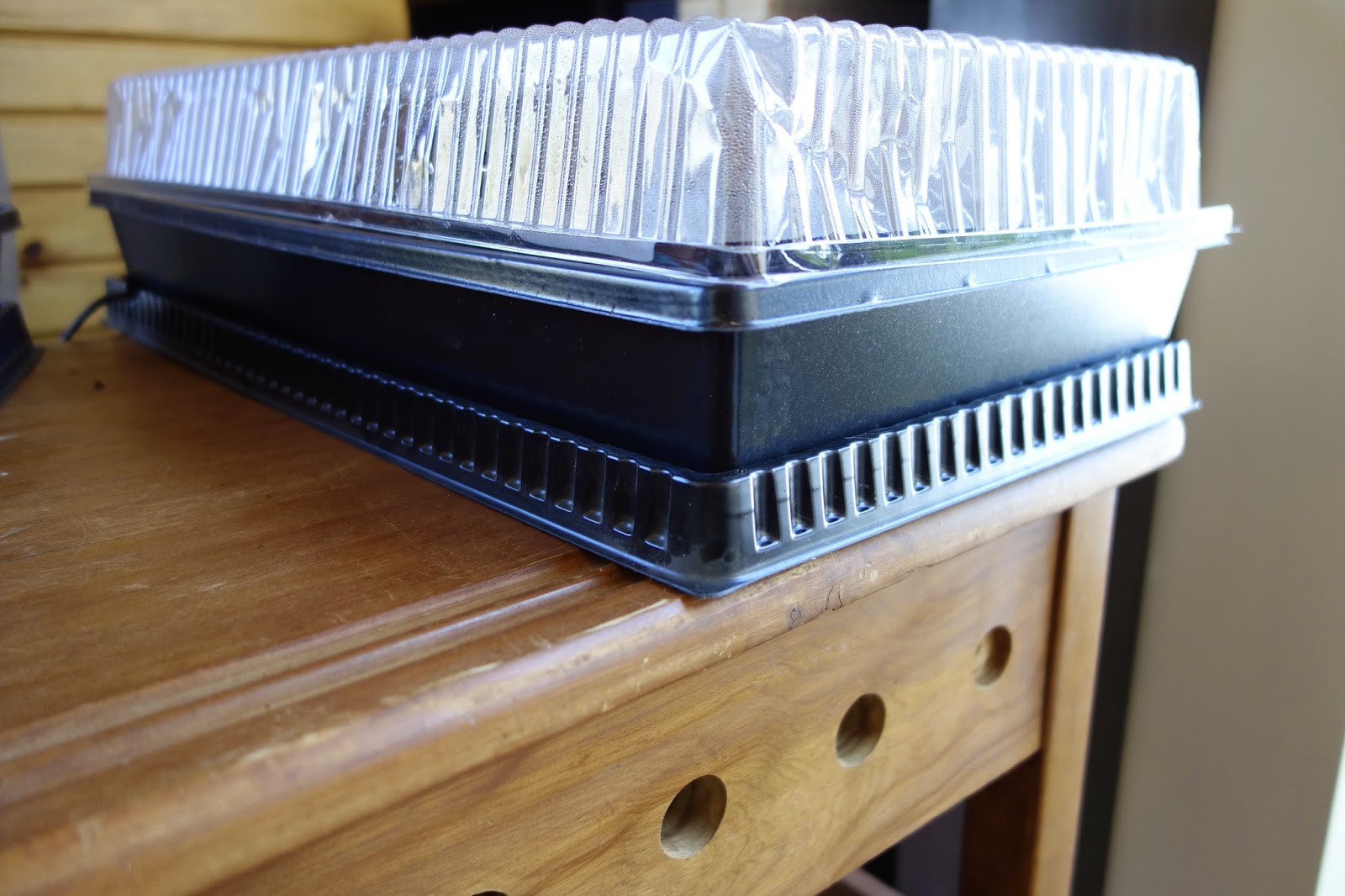 I always use a heat mat with a Jiffy greenhouse - the "greenhouse" is just a plastic base and lid that sit on top of the heat mat.   And I use peat pellets. 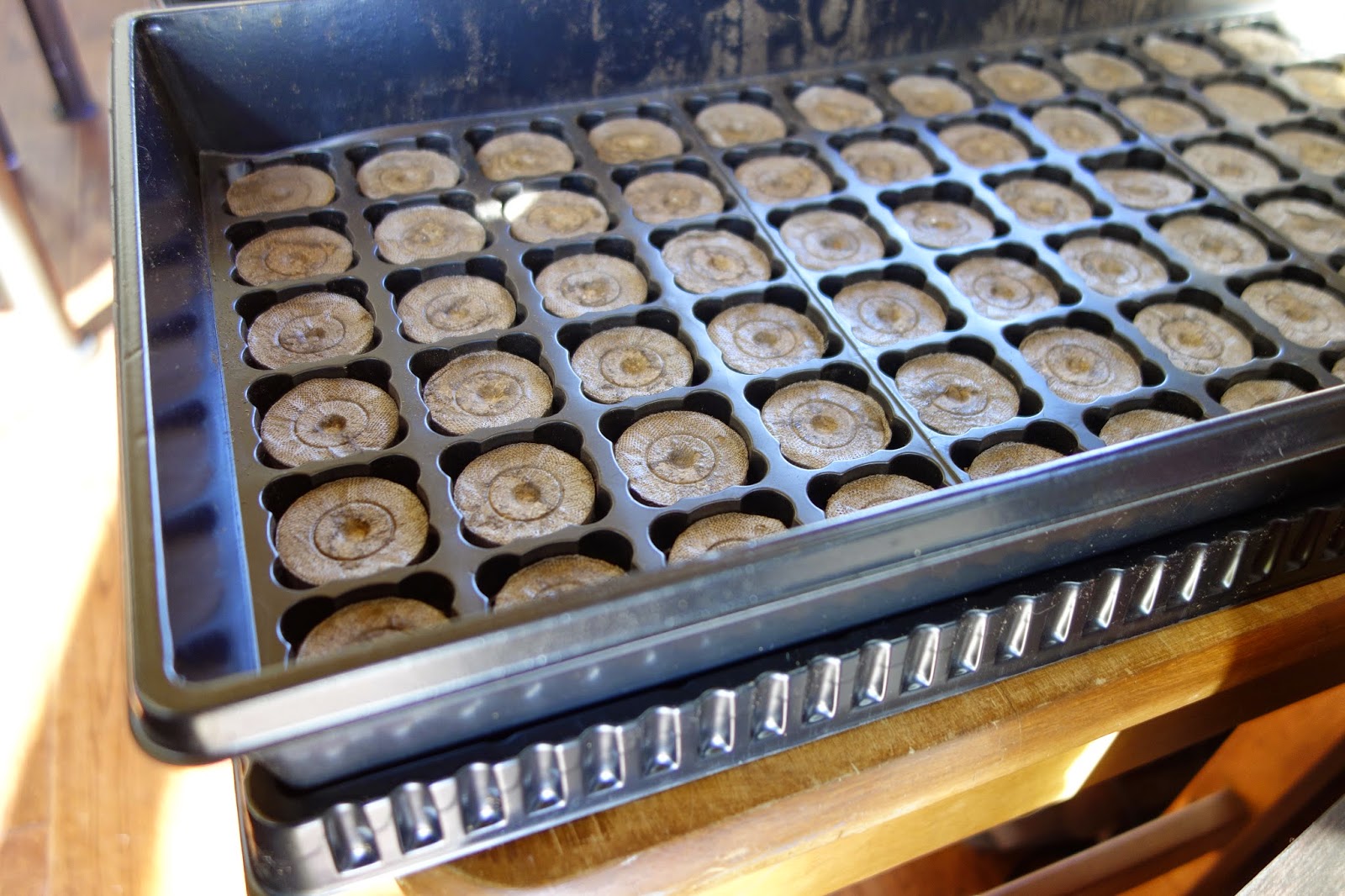 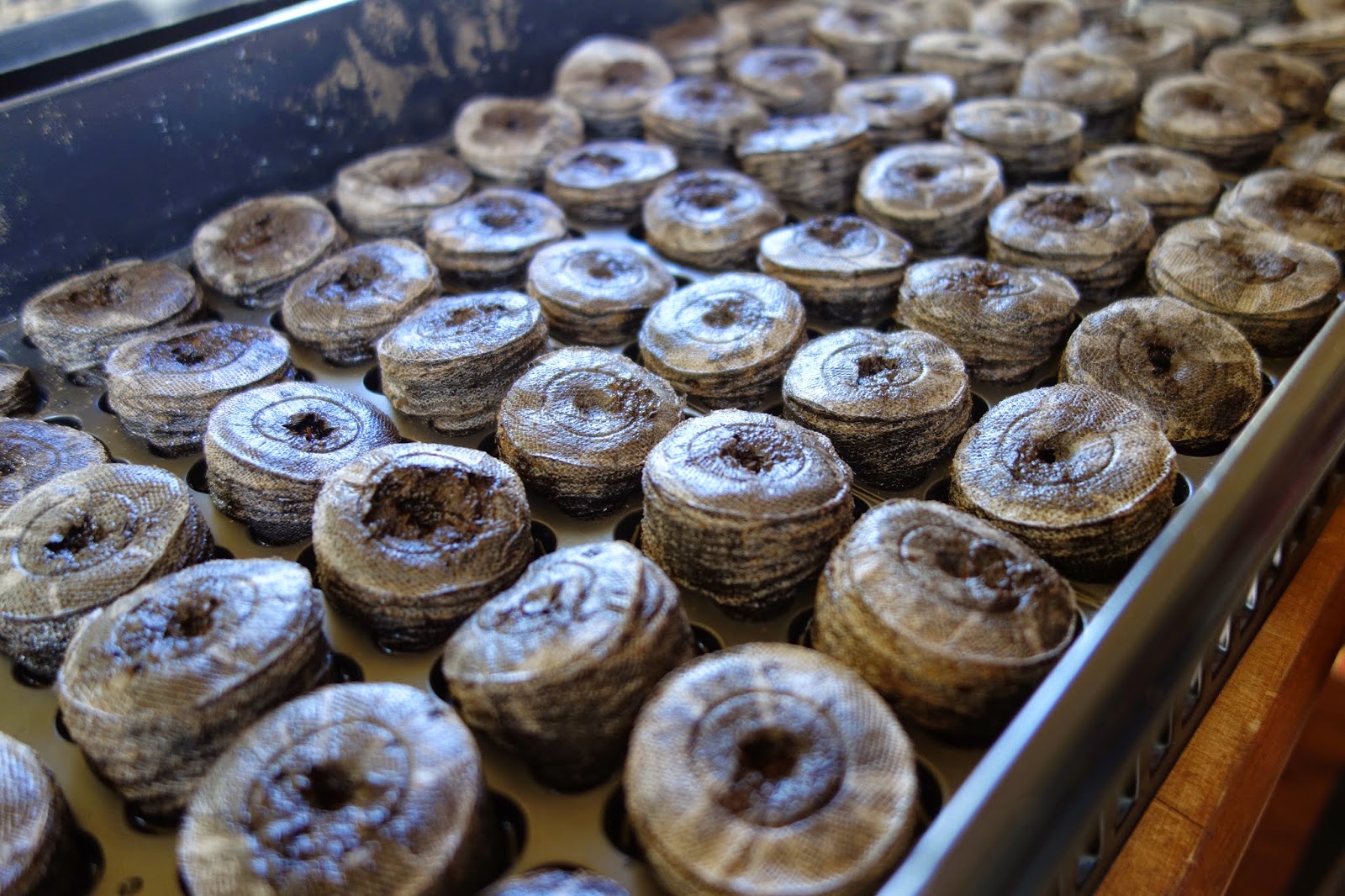 After they have expanded (picture above is only halfway), I tear the wrapping to make sure there is plenty of space.  Into each go two to three seeds. Today I started the following (each row is six pellets):

The heat mat greenhouse will sit away from the solarium windows as it gets too hot when the sun is shining.  But when they are large enough, I'll transplant them and move the seedlings into the brighter light here (after I get these plants moved out of the way).

I still have a few more peppers to get started so I'll work on that tomorrow along with the onion seeds and some herbs.

I'm very happy to finally get the season truly kicked off! 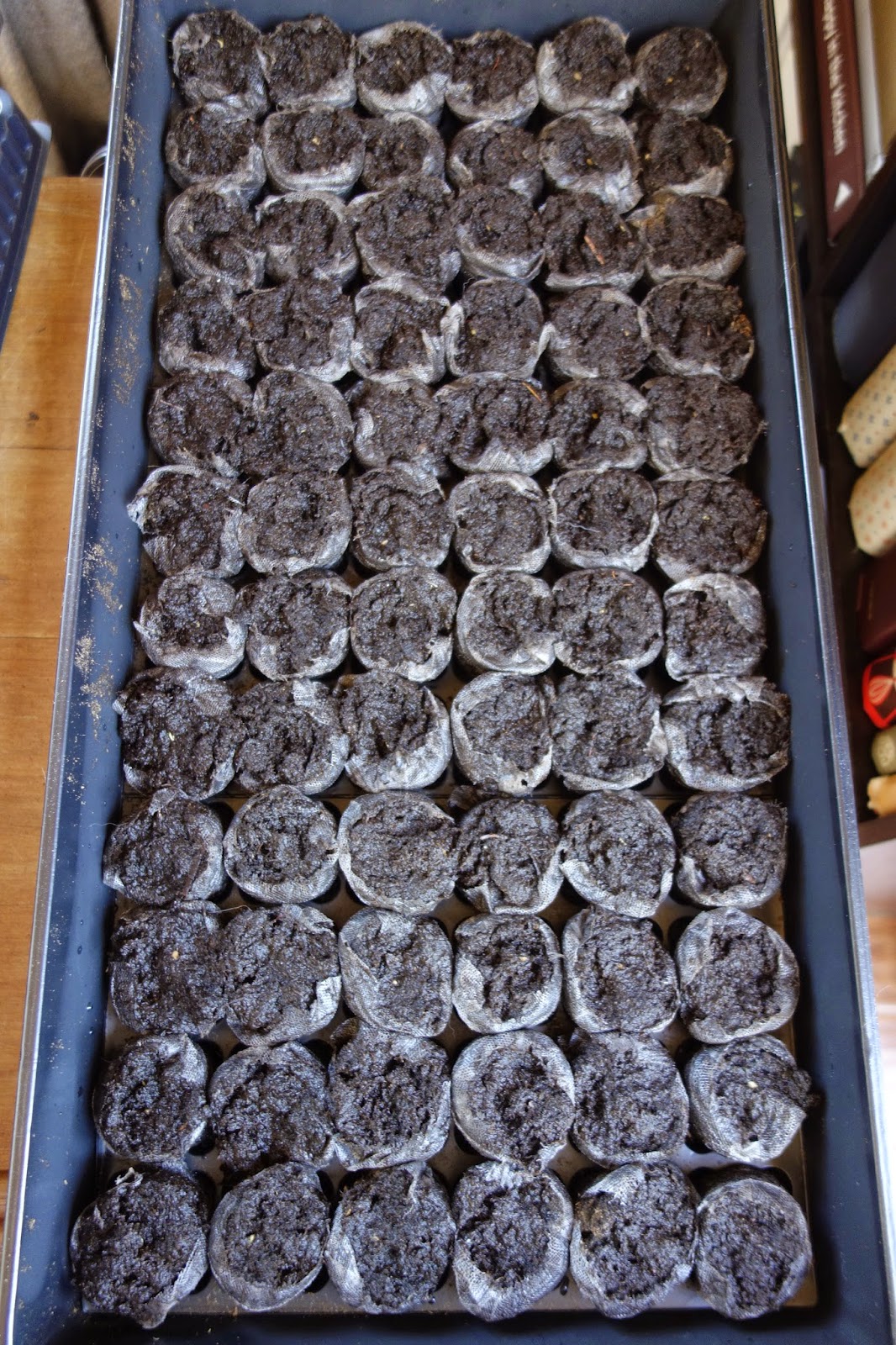