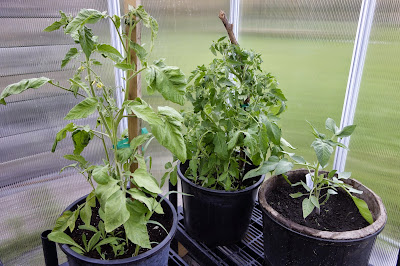 I realize it's early days now, but I thought I'd share these pictures.  It's not a perfect comparison because these may not be the same variety.  But all tomatoes in the following pictures came from the same packet of seedlings ... "Park Seeds Heirloom Rainbow Blend which includes a mix of Aunt Ruby's German Green, Dixie Golden Giant, Black from Tula, Brandywine Red, Big Rainbow, and Cherokee Purple".

And, more importantly, they were all seeded at the same time!  Seeds were sowed March 11th and here is the post showing them 6 days later.  First are pictures of these puny looking plants that were planted in the garden about a week ago.  They survived the recent frost!  But to be honest, these are pretty average looking for what I'm used to at this time of the year. 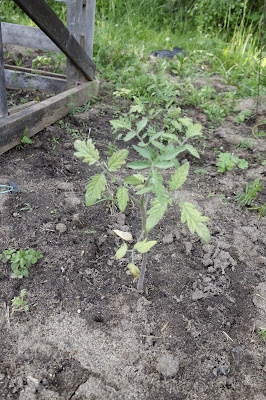 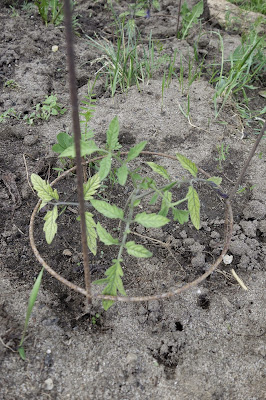 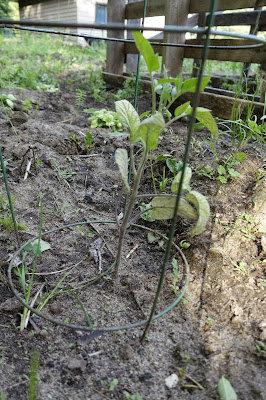 And ta da ... here are plants from that same seedling batch that I potted up and put in the greenhouse two weeks ago.  Wahoo! 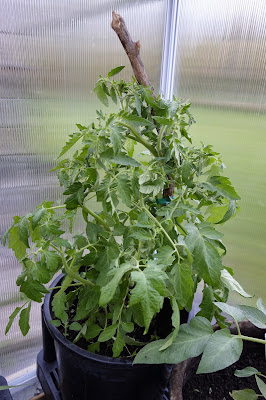 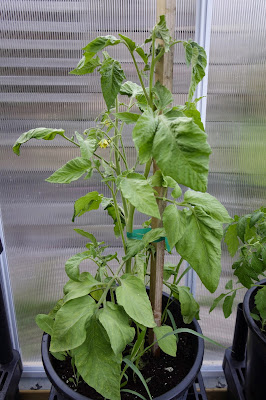 And for another comparison.  This is the black trifele tomato plant when I bought it at the plant sale on May 16 (admittedly not too bad for a seedling) versus today (I potted it only a few days ago into the greenhouse!). 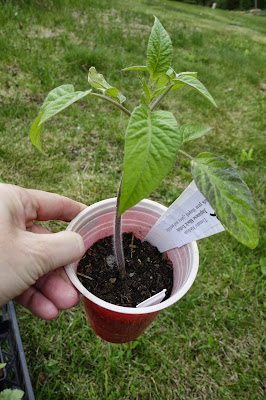 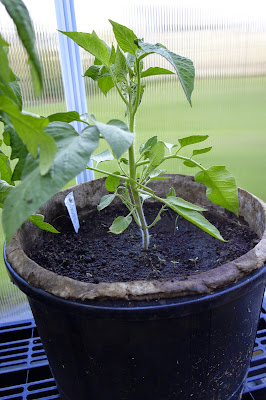 I'm going to cram as many tomatoes and peppers as I can into the greenhouse now that the seedlings are mostly out!!!