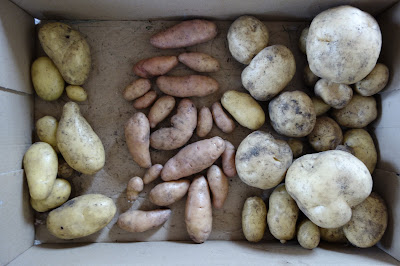 Despite having a long weekend away from work (today is a Civic Holiday), I haven't had as much time to harvest as I'd hoped but for good reason - enjoying BBQ's with friends most days. Still, I've managed to pick a good variety of goodies from the garden, including these potatoes shown above (L to R: Linzer, Pink Fir Apple, Irish Cobbler).  This harvest was a result of cleaning out one bed of potato plants that had died off a few weeks ago (prematurely it seemed to me).  I still have those same three varieties in one other bed plus individual potato bags as well.  So hoping to get some more substantial harvests later on. 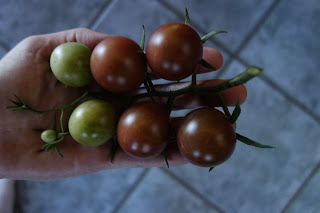 And I've had just a few tomatoes to nibble on as most are still green and need some time.  These chocolate cherry tomatoes were devoured quickly, still hot from the sun. 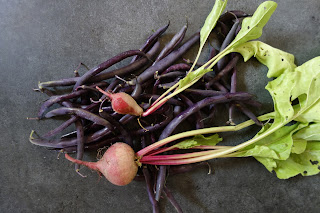 I have been giving away beans and only keeping enough for the odd meal.  Last year, I had blanched some and froze them in bags.  Most got used throughout the winter, although sometimes a bit reluctantly.  I'd rather let friends enjoy them fresh now without bothering to save myself any.  And I still have just a couple of beets now and then; I still struggle to grow them very well but do have a few more on the go. 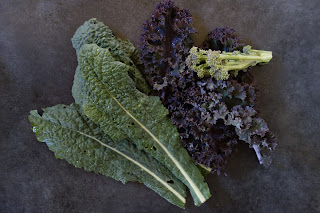 This little bit of kale was just perfect for a large salad.  And that little side shoot of broccoli?  Well, I am happy to get a little bit of broccoli but hardly enough to do anything with at any one time.  I only grew broccoli this year to use up the seeds as I've generally given up on ever being successful with broccoli or cauliflower. 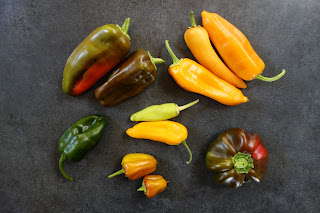 I would prefer to focus space and energy on one of my favourite crops - peppers!  They are generally pretty pricey and can easily be frozen.  Although I do need to look into purchasing a smoker as last year I had some challenges with my single burner BBQ unit.  Or maybe a dehydrator?  I need to decide what to do with these Feher Ozon - a sweet paprika pepper - as they seem to be rather plentiful.  They are also very top heavy so I've had to do a quick fix recently to keep them from toppling over (I may or may not stake them, these wood pieces seem to work for now!). 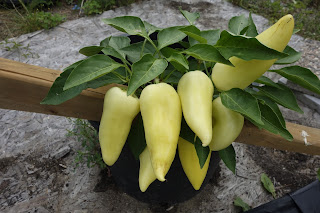 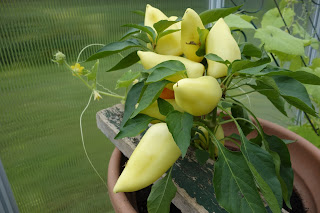 And lots of other peppers on the way (I feel like I keep saying that ... it does take a while to ripen up!).


And finally this ridiculous scene - I can't believe I have actually started to feed this thing because it's so darn cute.  I've been giving this baby squirrel some leftover nuts and it comes back every few days for more.  But I soon came to my senses after thinking it was so cute running around my feet looking for more food and then it tried to nibble on my toe ... 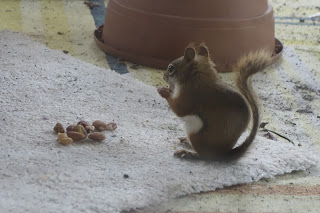