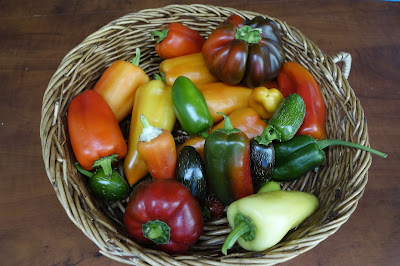 I've had two new harvests this past week, but the main story is all about the peppers.  They are starting to turn colour in larger numbers. 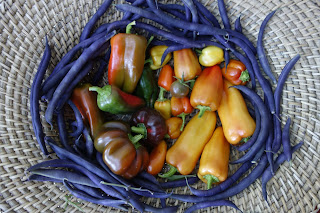 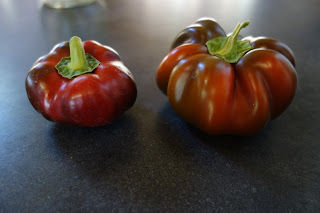 Gypsy (a variety of sizes from different plants): 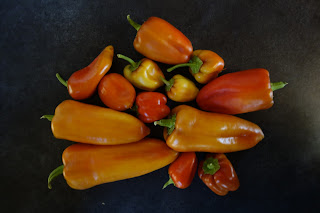 Plus a few King of the North bell peppers as well as the first of the jalapenos and a few Feher Ozon, both shown below.  The three Feher Ozon peppers (on the right) were on a plant that was falling over and had only the three peppers so I picked them early (they should turn a deeper orange, maybe even red). 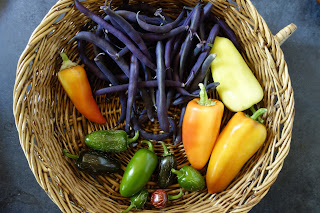 The beans above were the second harvest of the week.  And on to the new harvest!  I decided to pull out the collard plants due to poor growth so harvested what I could of the leaves.  They have been well nibbled, mainly slugs. 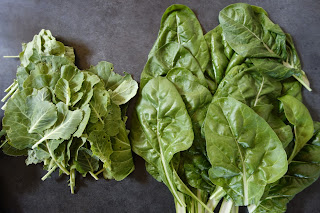 And on the right is a plant that I had not intended to grow, but was given seeds by a friend early in the season so popped a few in the ground.  This is Blitva, or Croatian Chard.  Blitva is also a traditional Croatian dish with the greens paired with potatoes (which is likely how I'm going to use this batch).  It has grown much faster and larger than the Swiss Chard plants I have in the ground, which I've barely had a chance to harvest any of.

And last is just a small bouquet of bunching onions hanging out on my counter until they get used. 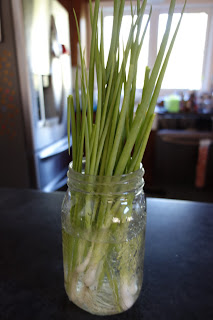 I'll be linking up with Harvest Monday hosted by Our Happy Acres.  Stop on by to see what other gardeners are doing this week!