I have started to work on the 2015 garden plans with an aim to better document where I have planted different varieties.  Last season, I planted several varieties of carrots, as an example, but when it came to harvest, I wasn't really sure which were which so didn't have a good idea of the best producers.

But I'm having a difficult time.  One reason, of course, is that I haven't made my seed order so don't have a full picture of everything I plan to grow - I've only received one two (just got Veseys Seeds for the first time ever - woohoo!) seed catalogues so far and want to look at different options (I often don't get most catalogues until late January).   But even though I don't know the exact seed variety I will plant, I do know which crops I intend to grow.  The main reason I have difficulties in planning is with crop rotation as my garden areas come in many different sizes.  Here is a ridiculously bad diagram of about 2/3's of my garden space: 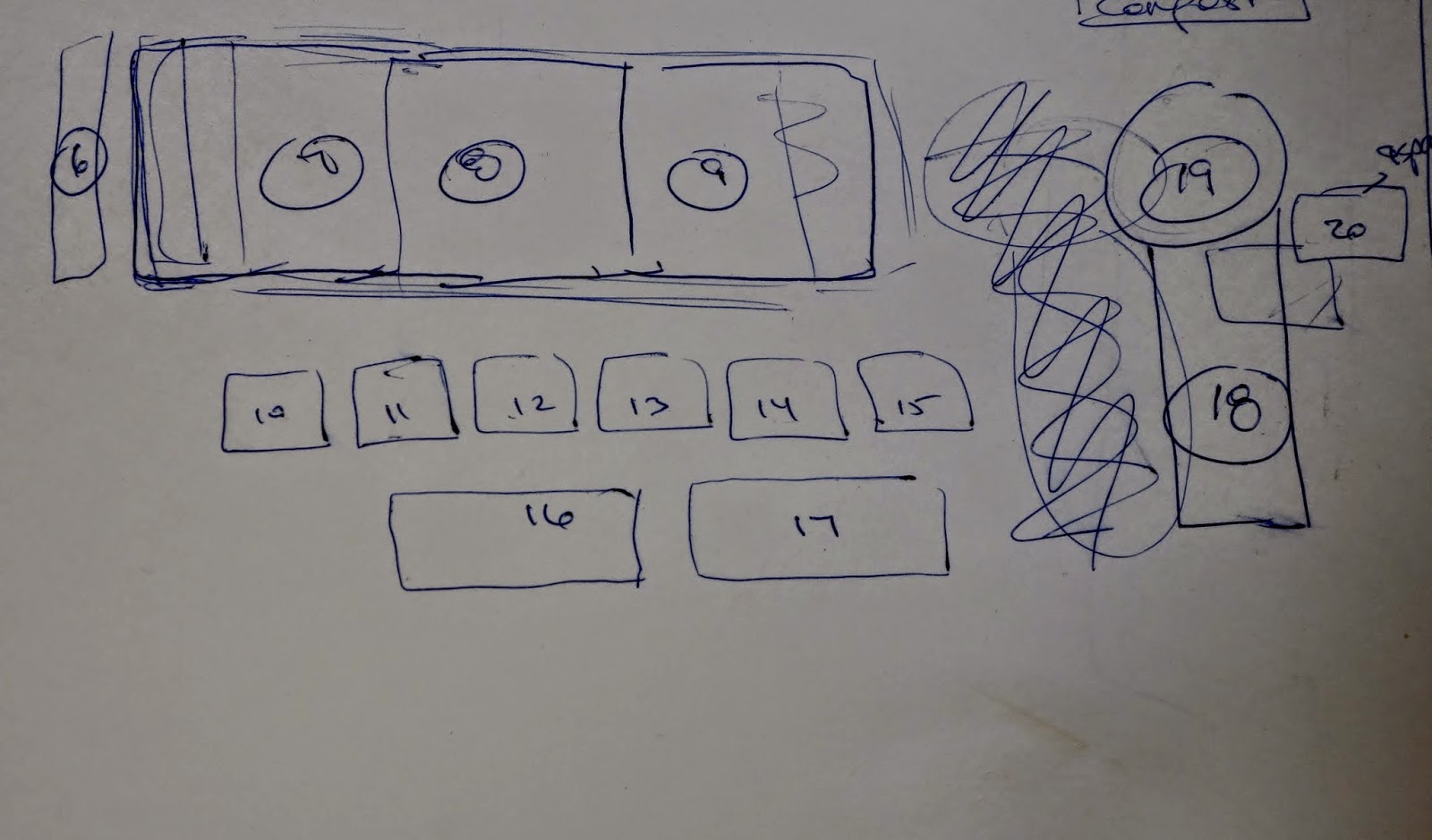 So I can't just say I'll put the potatoes over in garden X this year and move the beans where the potatoes were because they take up considerably different spaces (although I plan to do less potatoes and more beans this year so maybe they'll be closer in size).

And I continue to add new crops every year which adds to the challenge. But I'll keep plugging away at it and hope to have some sort of plan laid out by end of February when I'll start many of the seeds inside. 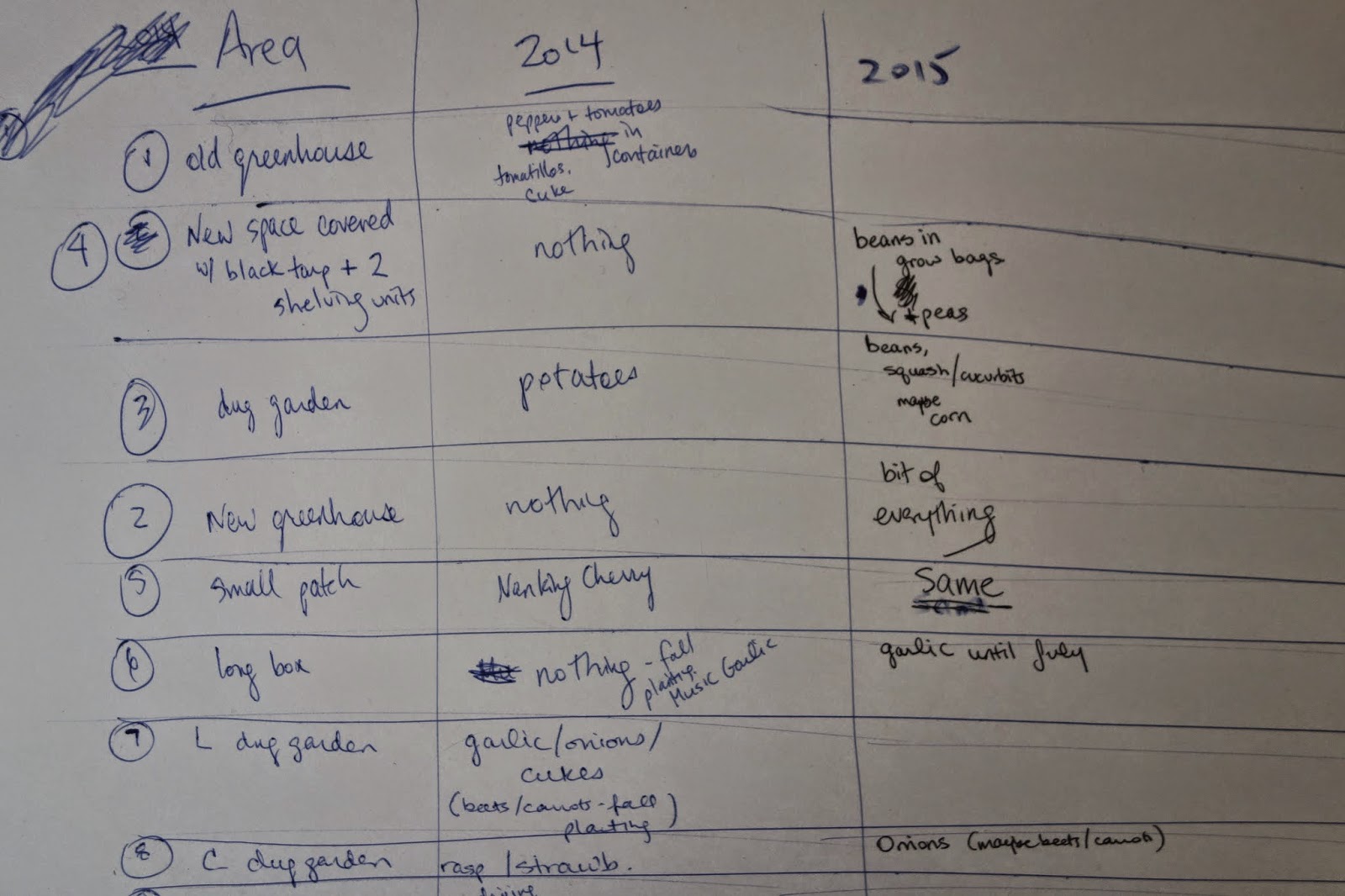 As for tracking progress, I've seen a number of different apps that I'm checking out to see if any will work well enough for me. I really, really, really want to track progress to see what worked and what didn't as well as the amounts of the harvests (as in, how many pounds I've harvested). But I work a lot of hours at my day job and don't always have the time - so need to make it as easy as possible.

I also want to track when I plant, transplant, etc. I started this tracking last year but got distracted and didn't quite follow through. I've found some "garden calendars" in excel format with many of the fields filled in already, so I hope to take advantage of one of those.

Many of the gardeners I follow through Daphne's Dandelions Harvest Monday have many of these tracking techniques down pat, so I'll take advantage where I can.

Either way, I'm very excited about the upcoming season and looking forward to seeing what other folks have planned.