Finally Some Time Outside 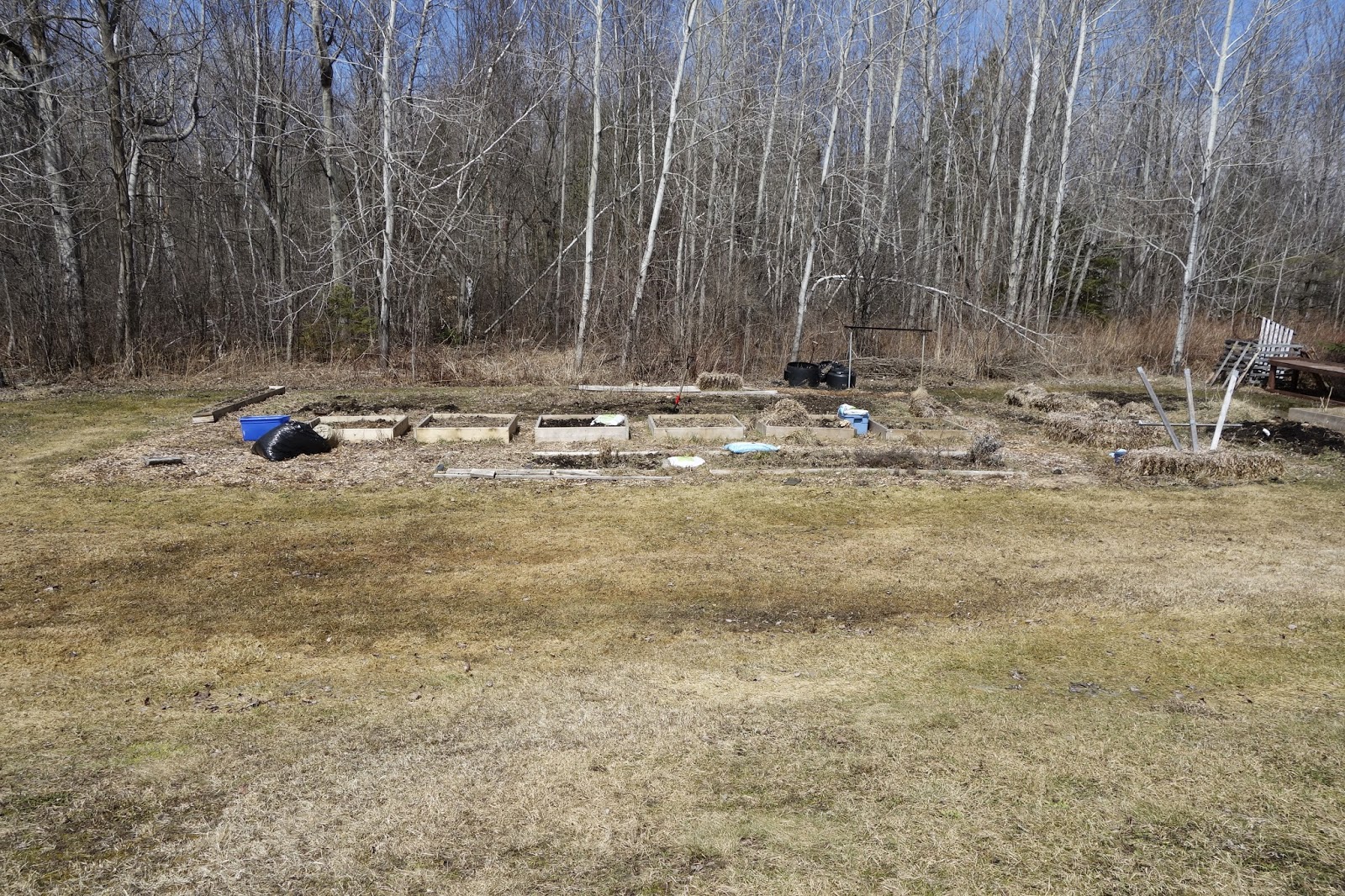 So far, all of my gardening activities have taken place indoors getting seedlings started.  The weather hasn't been very cooperative until this weekend.  But today I'm still wearing a bulky coat and I look forward to the promise of warmer weather starting tomorrow.

As you can see in the picture above, the main garden area (which has the most sun exposure) is free of snow.  But not so much the rest of my yard.  I had a similar problem as Margaret recently described ... my much needed bag of peat moss was frozen where I had left it last fall! 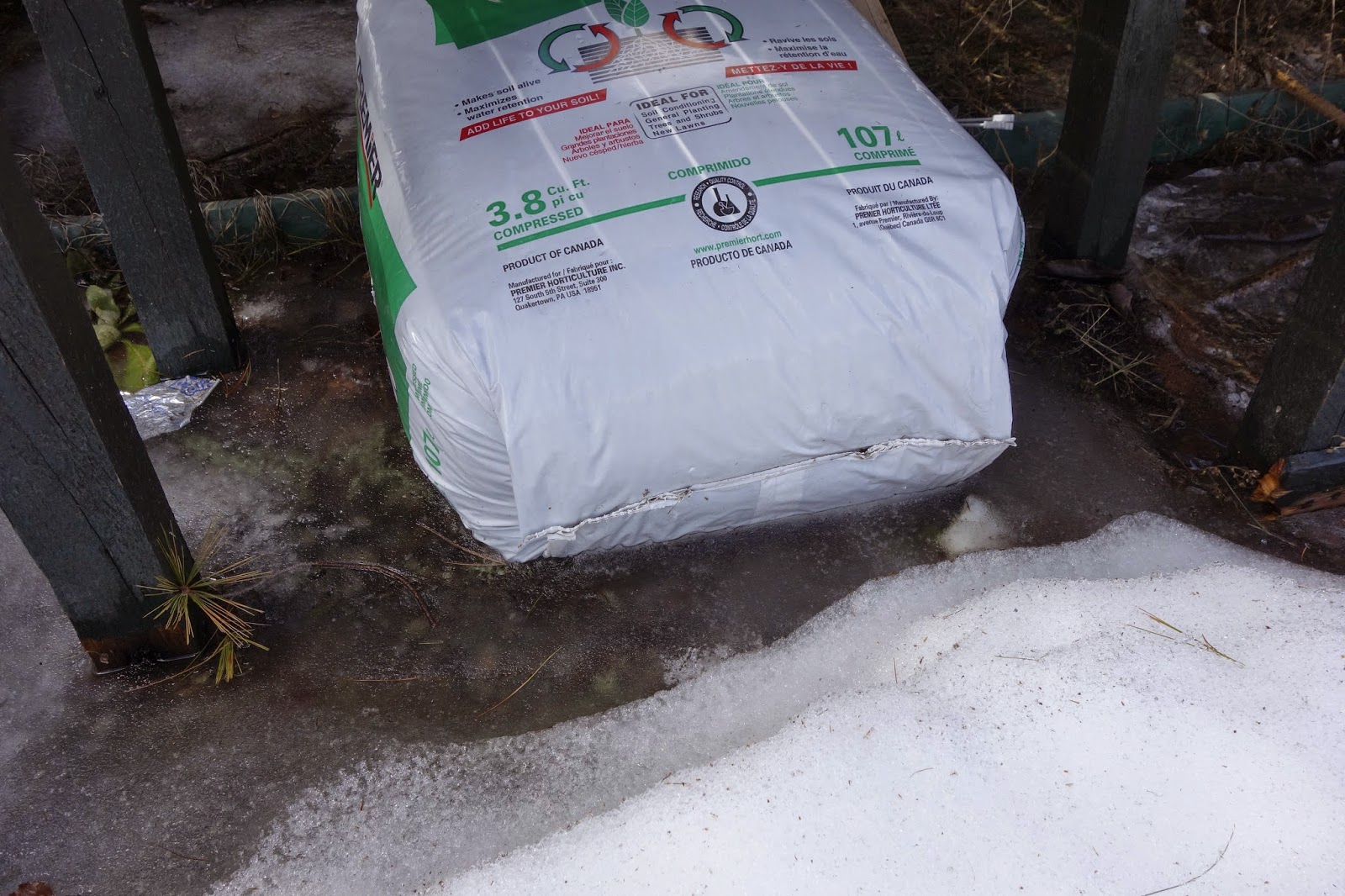 Luckily a half-filled bag was partially thawed - the snow was an advantage in dragging it closer to where I needed it. 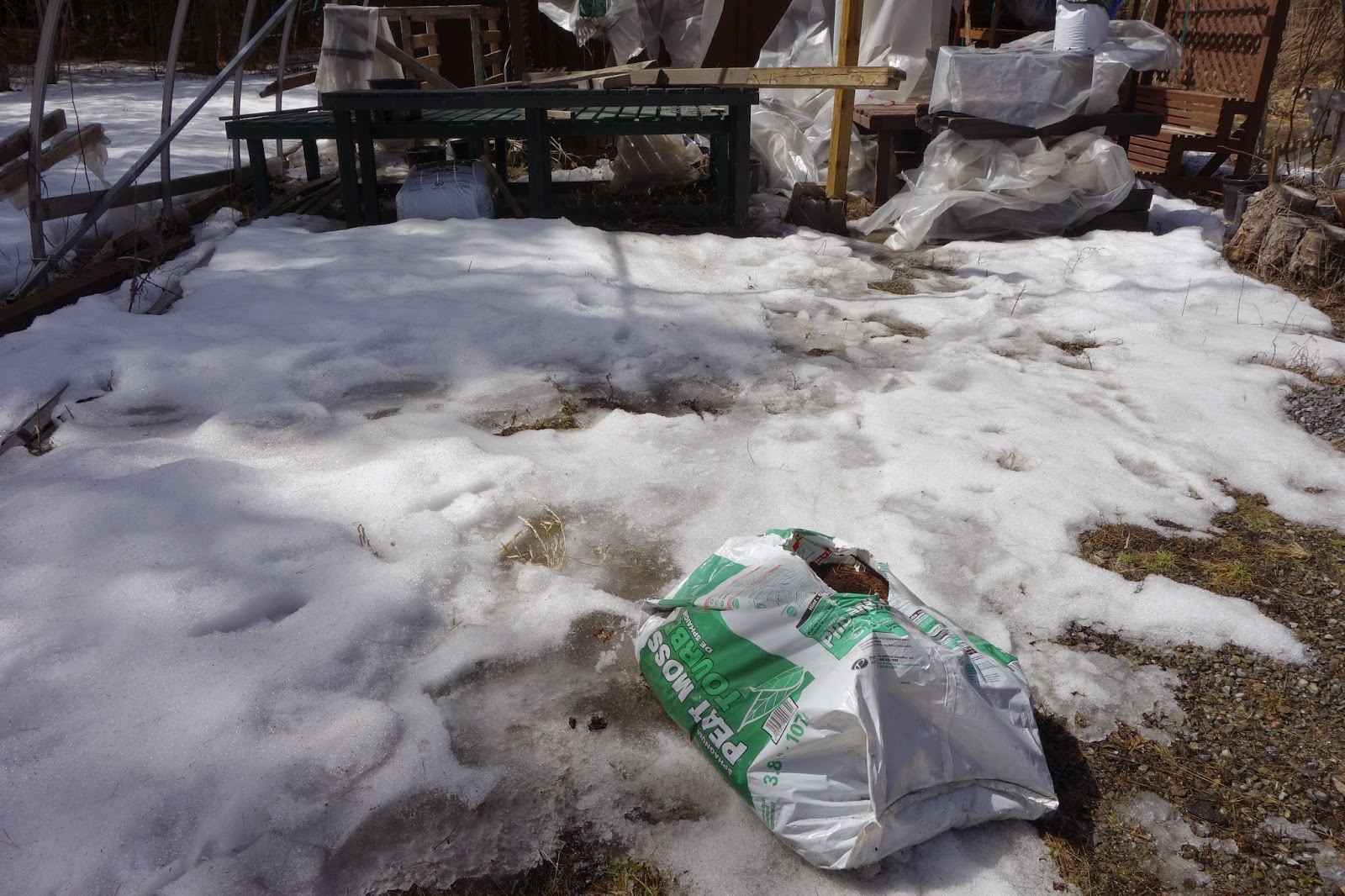 I mixed up a small wheelbarrow full of potting mix - I'm not much for measuring but it's made up of sheep manure (another bag left in the fall that was partially frozen), peat moss and vermiculite. I'll use this to start marigolds, nasturtiums and sunflowers to help in the veggie garden plus some cosmos just because I like them. 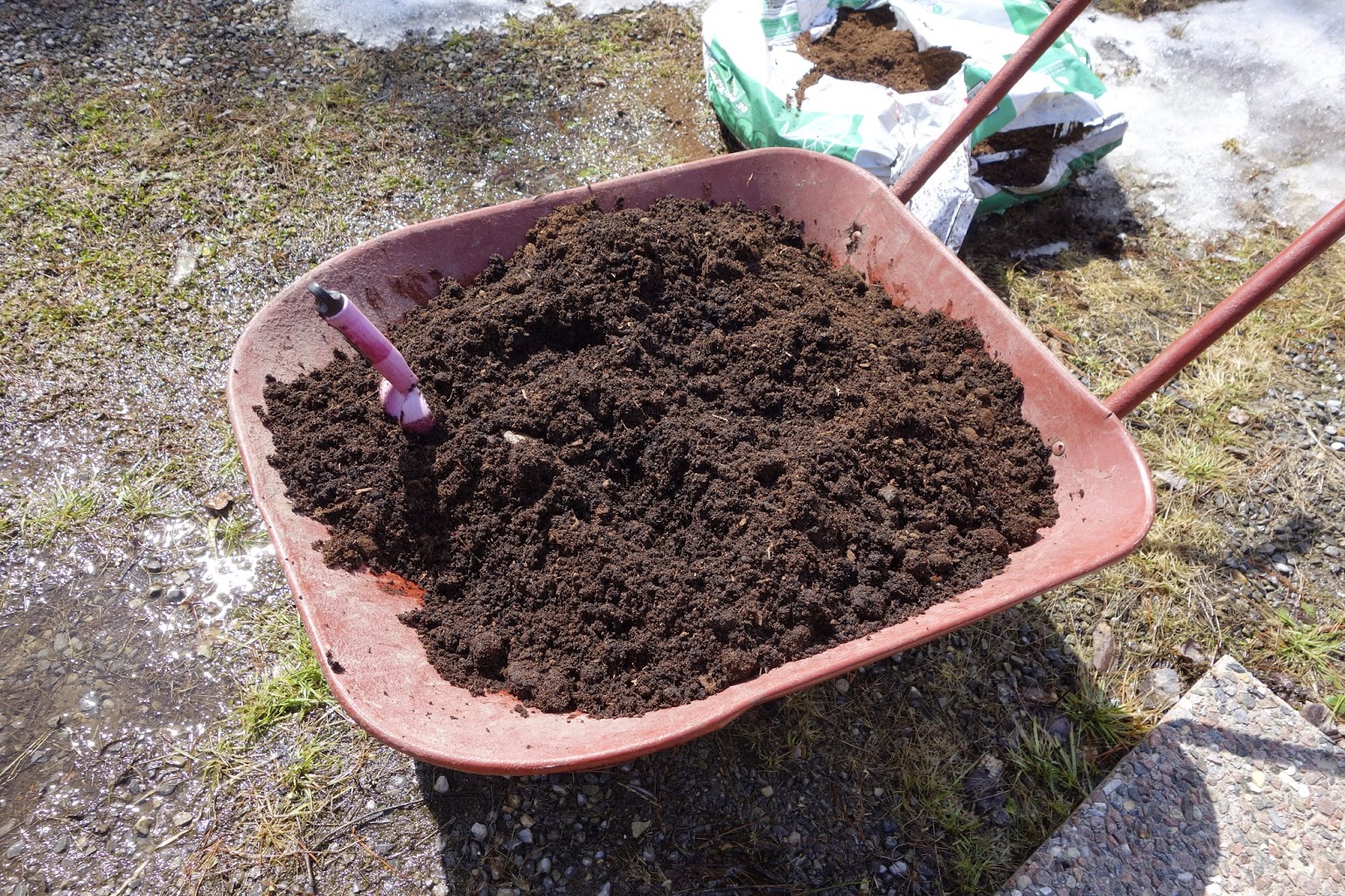 Elsewhere in the yard ... the straw bales from last year still seem to be in good enough shape that I can use them for planting.  The squash plants that I planted in them did not grow at all.  I'm not sure if it was due to the straw or just the poor weather.  Either way, I'll give them another try this year. 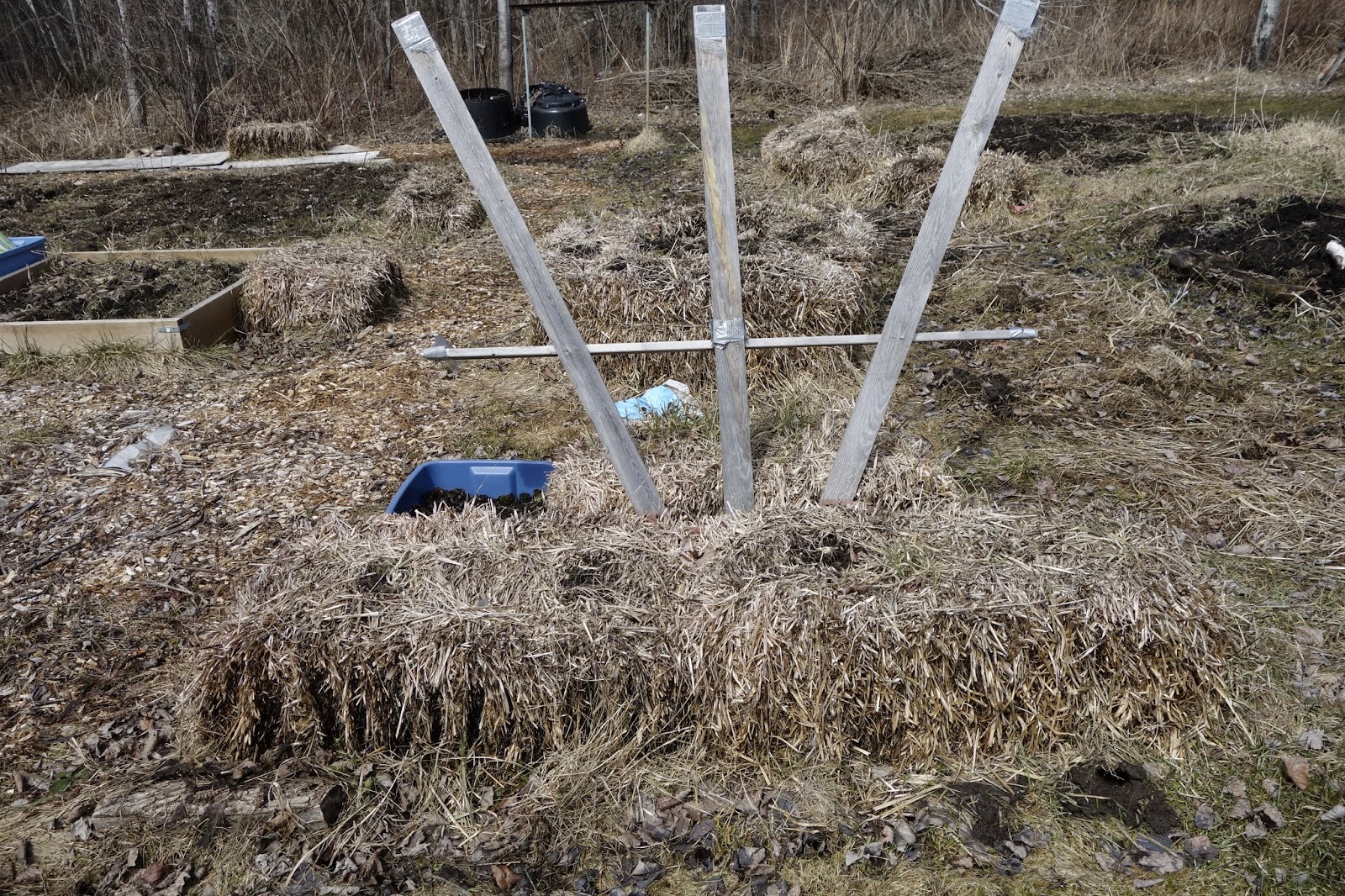 But just in case the straw was the cause of the poor growth, I've also got some new hay bales this year - timothy hay - which should have more nutrition than the straw. 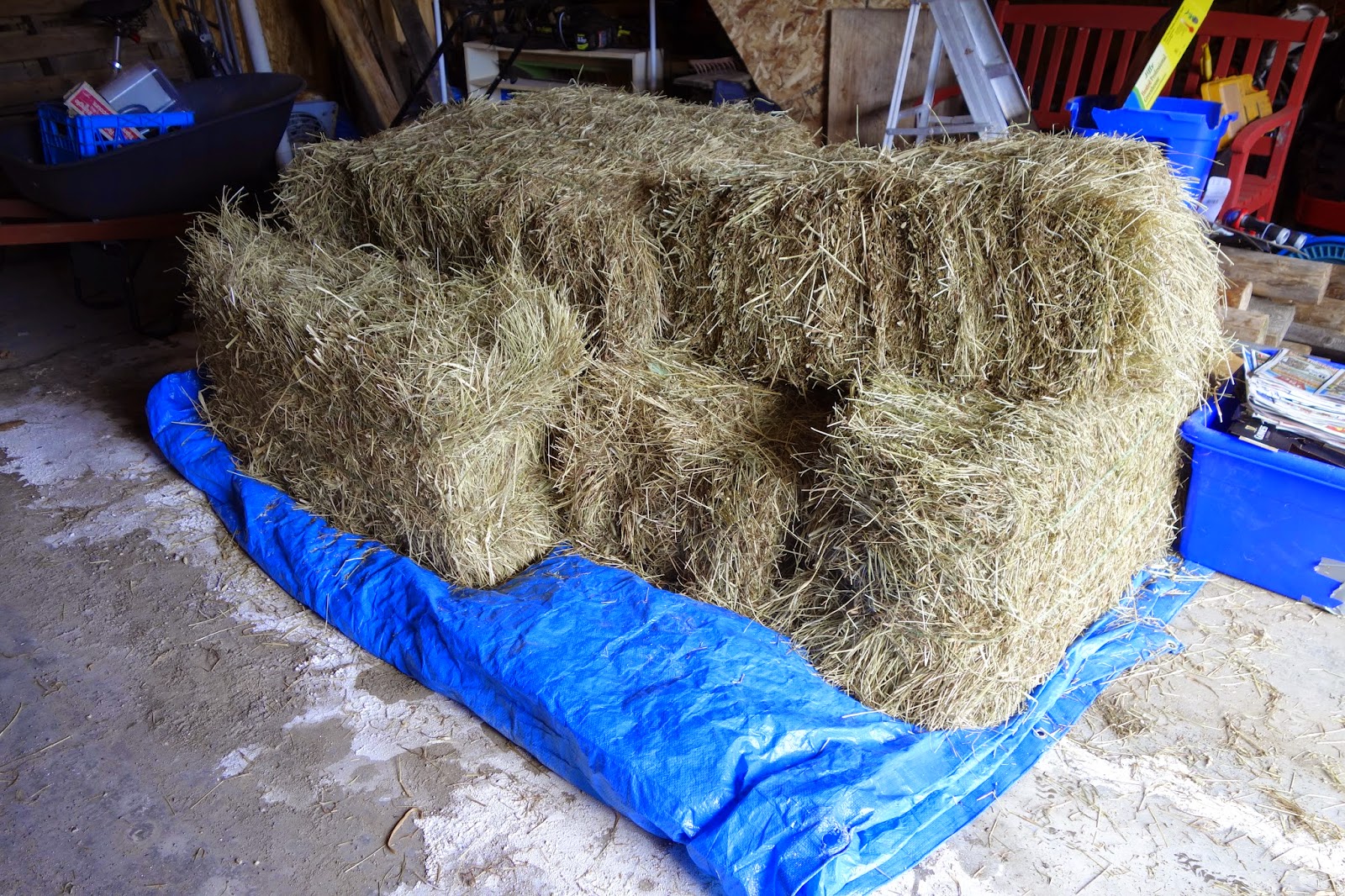 And I laid down some landscaping fabric in the fall (beside the garden used for potatoes last year) which was held down by two pallet shelves from the old greenhouse - I was thinking of using these to hold containers of veggies this season and I'll dig a new garden here in the fall. 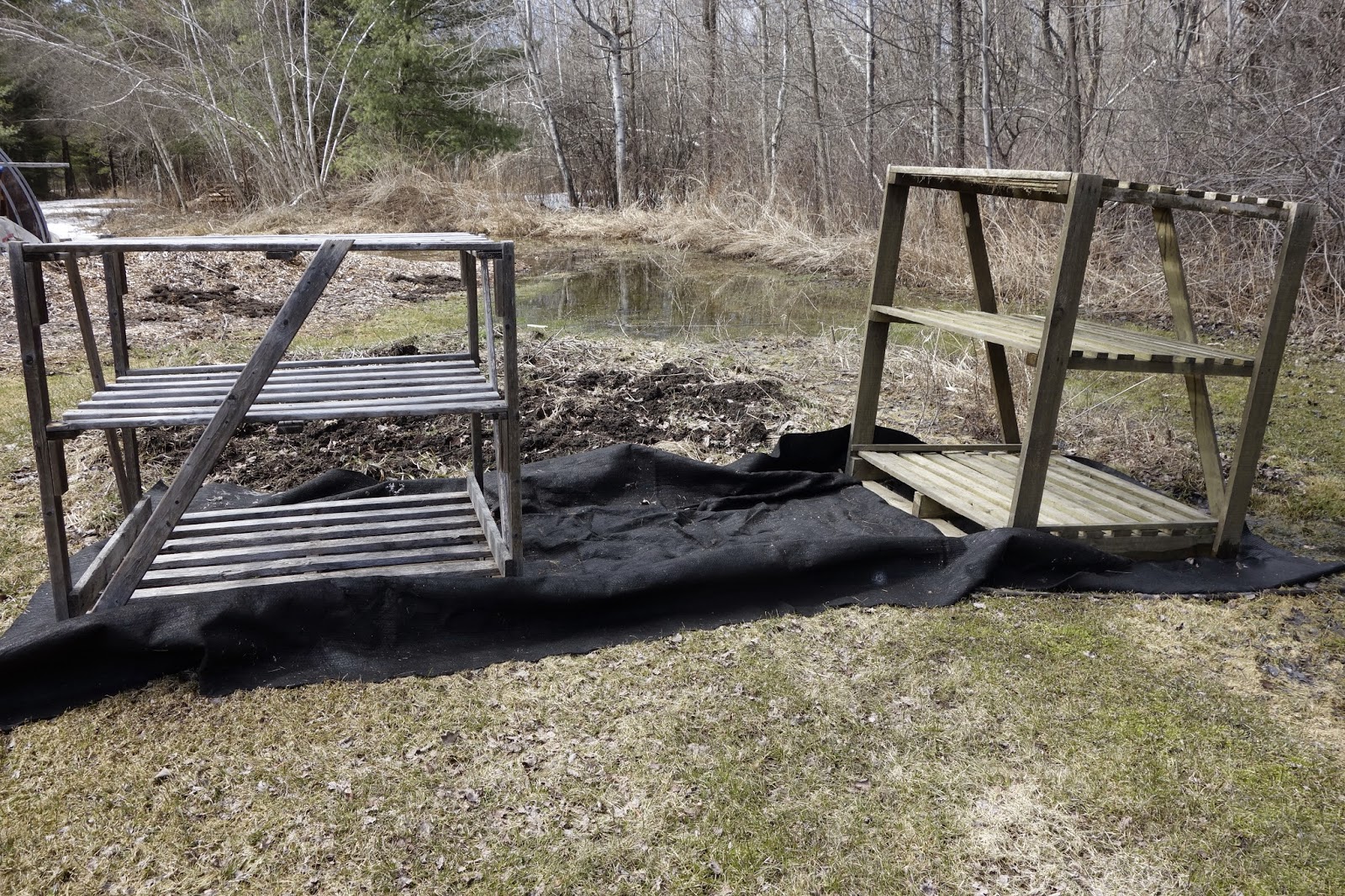 But we'll see how that idea goes .. I have a ton of things I need to get done!  I won't bother to embarrass myself by posting a list as I'm pretty sure I won't get it completed.  But I think this would be a good time to shut down the computer and get back outside.