Back to bread; Year 2 of "planting when ground can be worked" and other outdoor updates 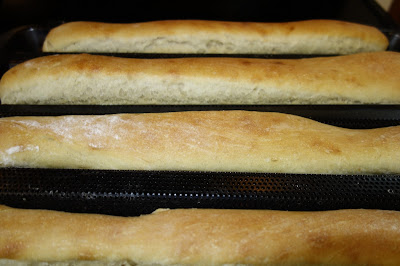 I had great hopes of getting some seeds straight into the ground as the weather forecast for the long weekend looked promising.  Unfortunately we were hit with a mild ice storm which coated most of the garden beds.  I'm a bit out of practice as I haven't made my own bread (baguettes in this case) for a while but Dave @ Our Happy Acres has inspired me to get back into it and it was a fun thing to do with the nasty weather outside.

But by Sunday afternoon (a nice warm day!) I was able to direct sow some cool season crops.  I'm still testing this overall theory of "planting when the soil can be worked" - mainly because it was workable a week or so ago then iced up again.  So I guess there needs to be some consistency in the weather before starting. 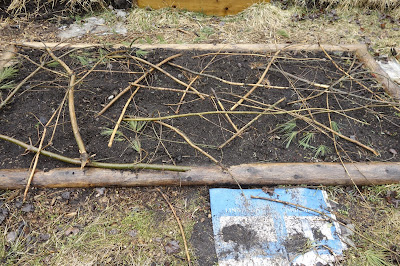 Anyway, in what I refer to as a small "greens' garden, I've direct sowed the following yesterday:
And my earlier starts in the greenhouse are showing some sprouts for the arugula and radish.  Not so much though for the sugar ann peas. 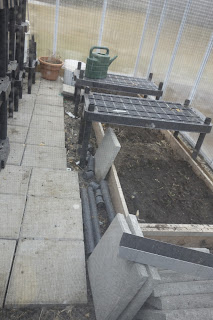 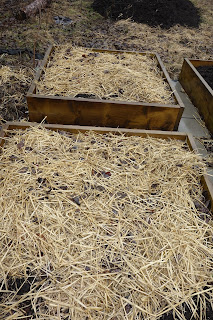 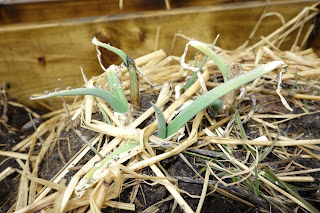 And here is the usual flooding in the yard which prevents work in these two areas for another 6-8 weeks (but plenty of time for planting summer crops). 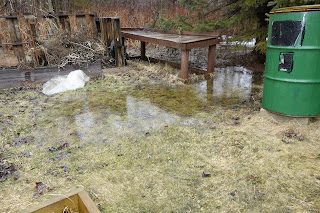 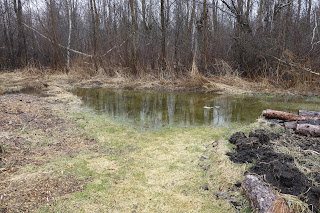 This area usually has snow into May due to shading from trees. 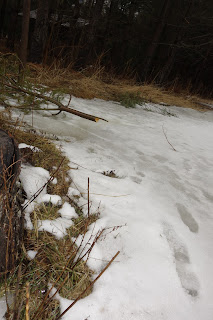 And some little signs of spring ... daylilies just starting to pop up. 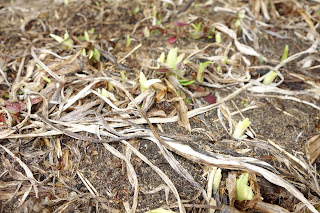 And daffodils well on their way ... 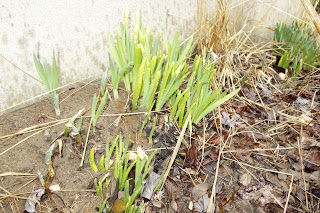 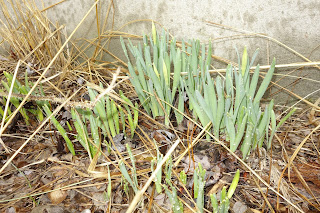 And Sugar Ray is going outside more often (thank goodness!) and here he is looking wistfully outdoors and watching the birds. 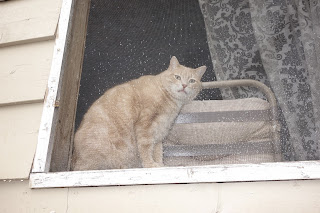 I 'm feeling pretty good that spring has arrived ... officially yes, but the word is out on the technical arrival of spring.  But I'm sure it's all going up from here!