I started a batch (batch?) of seedlings on March 5, so this is almost three weeks later.  Many of the tomatoes and peppers (the majority of the seeds) were successful but not all.  Although I have always found hot peppers to be the easiest to grow, I think the seeds I am using are just a bit old (2012).   Otherwise, most of what I planted are well on their way. 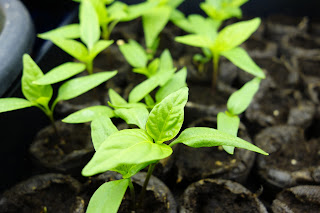 And, YAY, I managed to get a 72% successful germination on those pricey Xanthi peppers (8 seedlings from the 11 seeds).


Another batch of 72 peat pellets have been started.  The peppers are a second seeding due to poor results from the first seeding.  The broccoli, cauliflower and brussels sprouts are a regular indoor start and will be planted out later in May or June.  New this year for me is starting the kale (2 types), chard and kohlrabi from seed as these would normally be direct sowed.  I also have plenty of the same seed that I will direct sow as these indoor starts are just an experiment (the outdoor sowing has always worked fine).  I am just looking to get an earlier harvest. 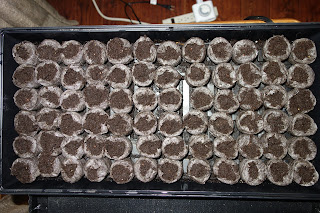 Six pellets each of the following were started today:
And more from the March 5th start includes this Italian lettuce leaf blend ... Sugar Ray decided to get into it a bit so it's a bit mangled on the right side.  I also have a similar container full of shallots that are doing quite well (not very photogenic tonight). 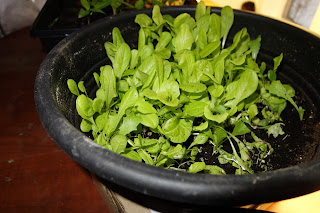 And how about those sweet potato slips?  These were placed into jars of water on March 6 so here they are at day 18 ... 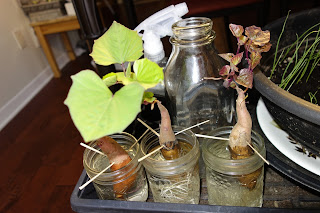 This one in particular is doing well ... looks like a pretty bonsai tree. 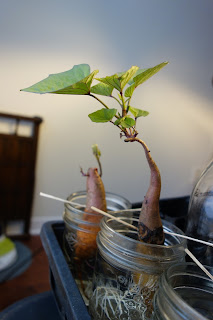 We've had a last (I hope) kick of winter this week with about 4 inches of snow over the past several days (today was more about freezing rain).  But the coming Easter weekend shows some promising warm weather and I look forward to getting some work done outside!