After at least two months of no access to the greenhouse due to the doors being iced over, I finally managed to force my way in today. Waaaaahhhhhhoooooooo!!  I have been wondering if I would be able to move some plants into the greenhouse soon, but was worried it might still be too cool as it is still going below zero during the evenings.  I don't think that's going to be an issue ... 95 degrees F! 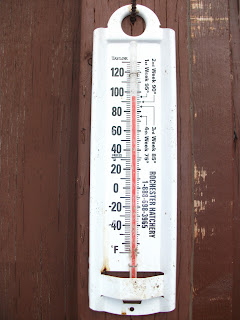 I've decided to test it out overnight.  I'm not much of a flower person so I'm not too concerned if this test fails ... I have seeded three trays with flower seeds - nasturtiums, cosmos and marigolds - and hopefully they will germinate.  I have also put one of the stronger tomato plants out to see if it can stand the night time temperatures.  But seriously, at 95 during the day, how low could it possibly go at night?! 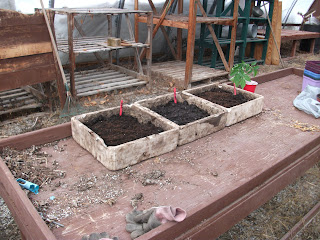 While I was out there, I cleared a spot for a raised garden of sorts.  Since the floor is gravel (and I haven't tried digging so not sure what options I have), I am going to use some short logs I've found outside to create a border for a small area where I can plant some veggies - the logs are about a foot high, so might work out for beets and carrots, and will definitely be deep enough for peppers, okra, maybe even some smaller tomato plants. 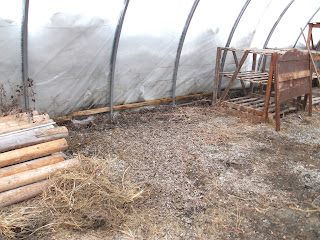 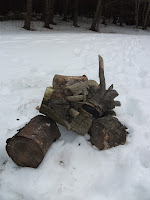 Not sure what's up with the little grey spider sitting on this caterpillar, but nice to see a caterpillar this early in the year (sorry, I know you can barely see the spider, but it really is there). 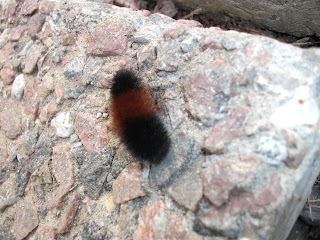