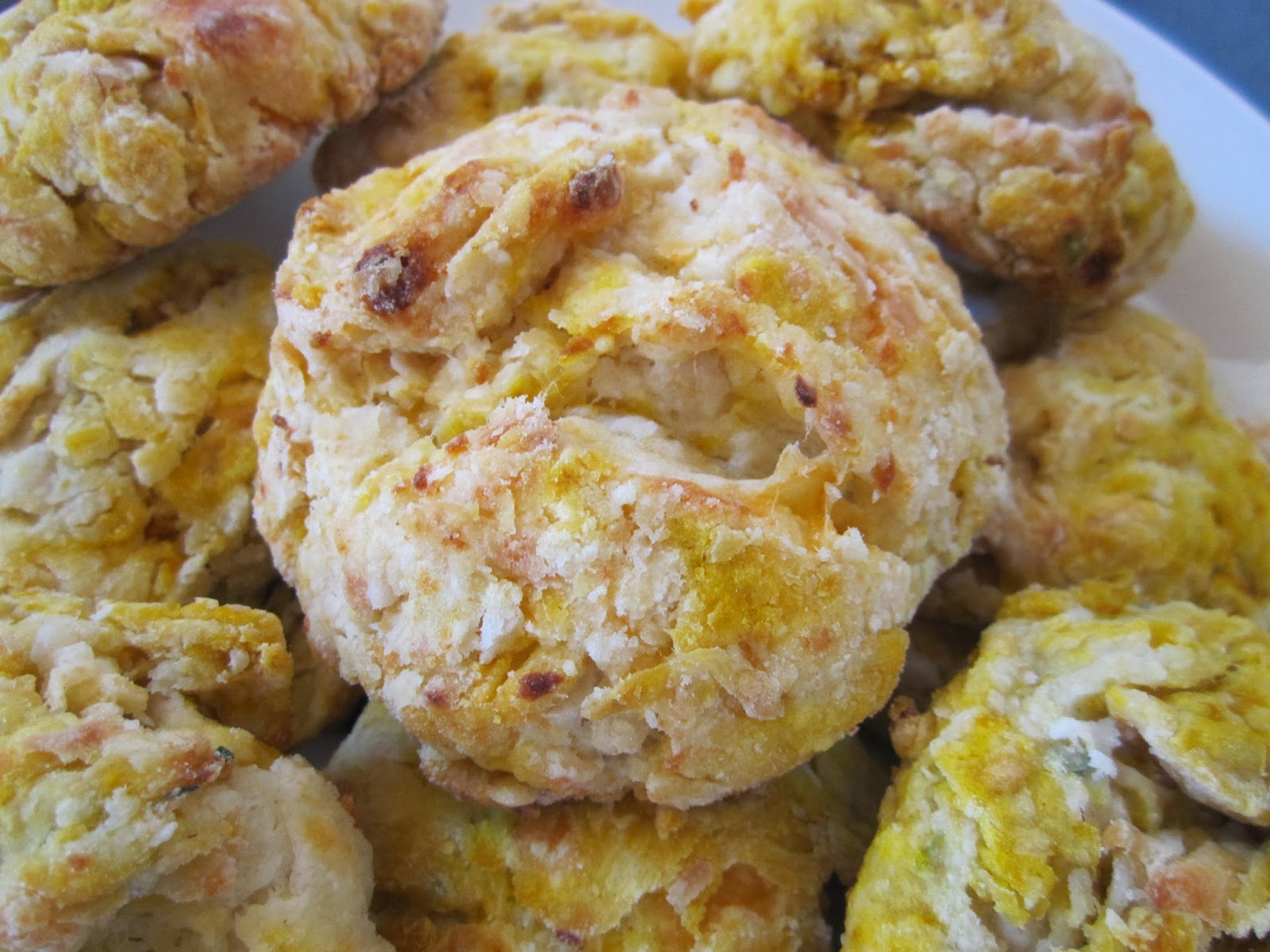 Not only do I still have PLENTY of grated zucchini from last year's harvest still in the freezer, I also had this wonderfully large lumina pumpkin in the cold storage needing to be used up.  You can see from the picture below that it was starting to get a bit of rot; no problem, just cut away the bad parts and work with the rest. 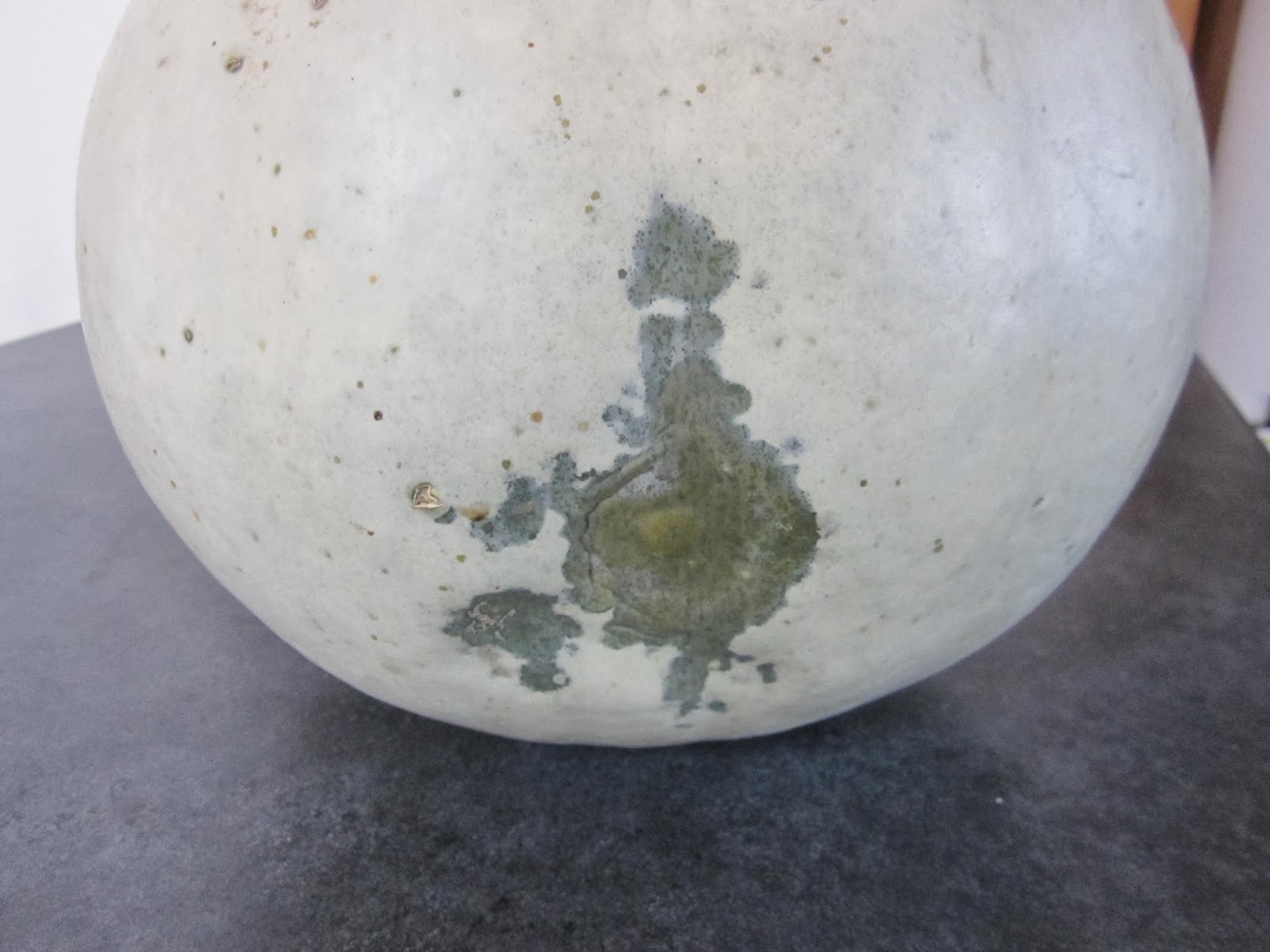 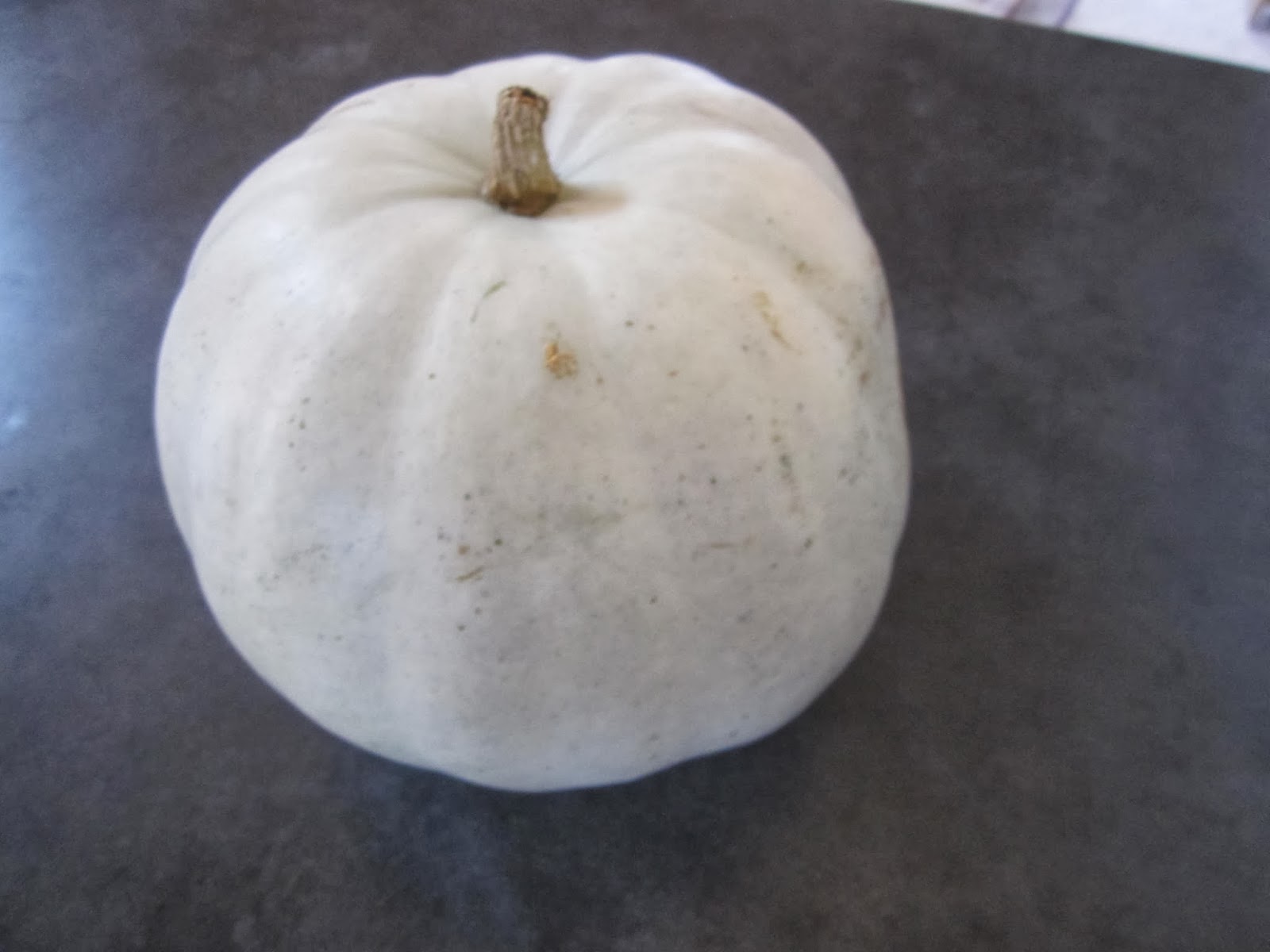 This pumpkin was almost 11 pounds whole and came to about 7 pounds of flesh after it was cleaned up.  That is plenty of pureed pumpkin to cook with!  I simply baked the pumpkin until tender then blended it with an immersion blender to get a smooth puree. 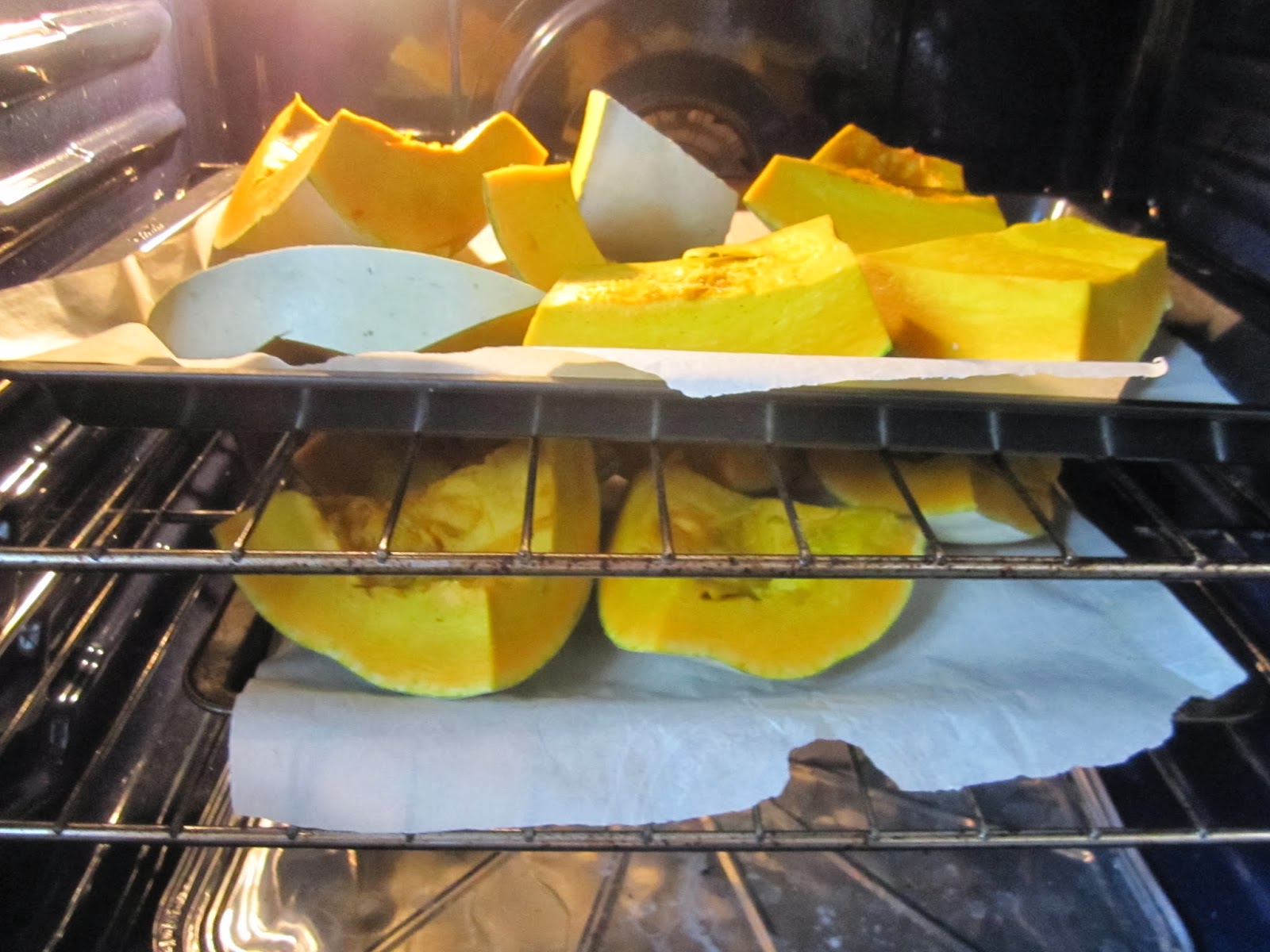 In addition to these biscuits, I also attempted some pumpkin oatmeal cookies which turned out to be really terrible.  But I am happy to share this recipe as these biscuits are yummy!  This particular combination seems to be popular in Australia - I found many similar recipes on some Australian food websites.  I don't think I changed them too much other than to accommodate the ingredients I had available. 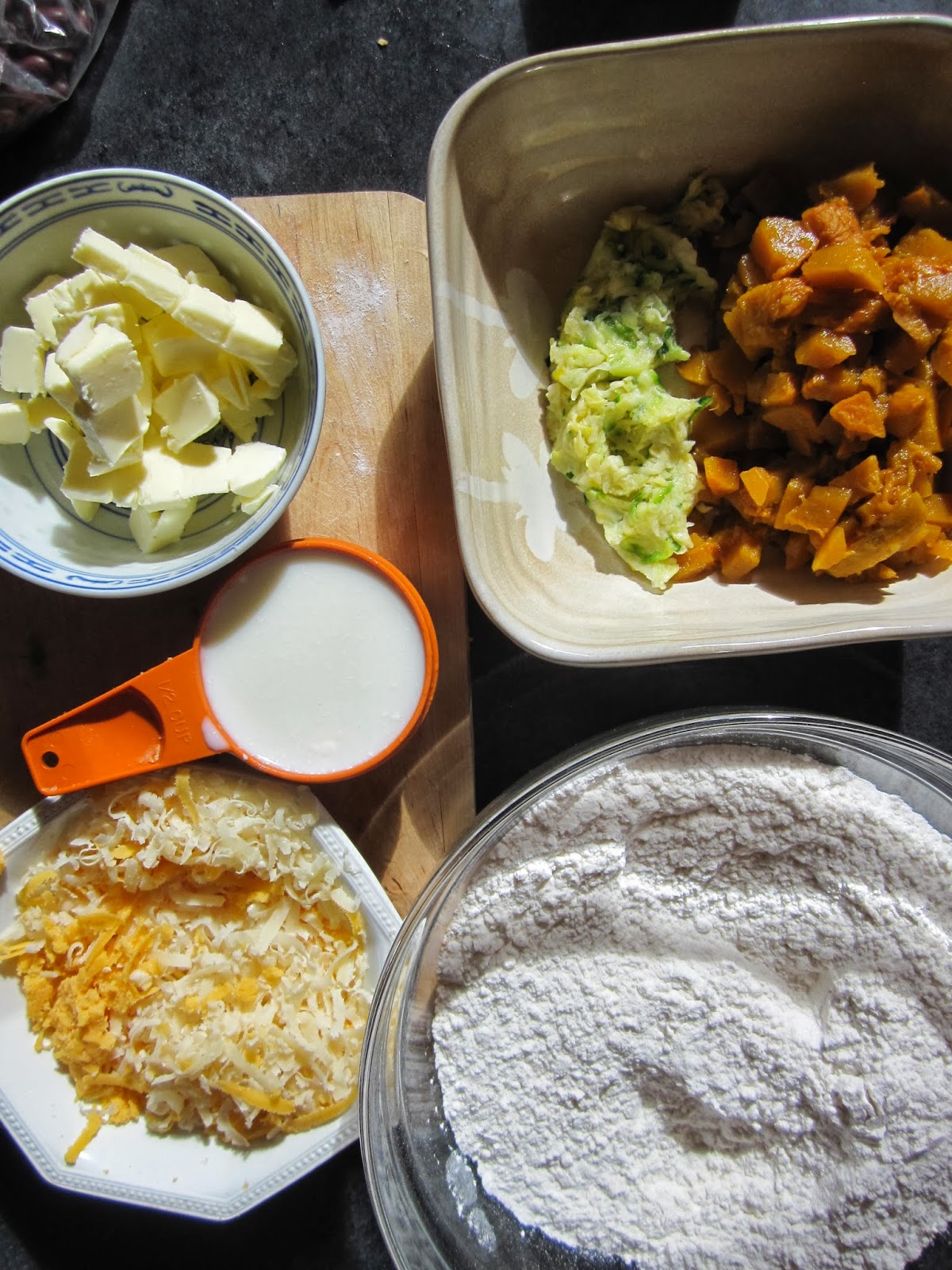 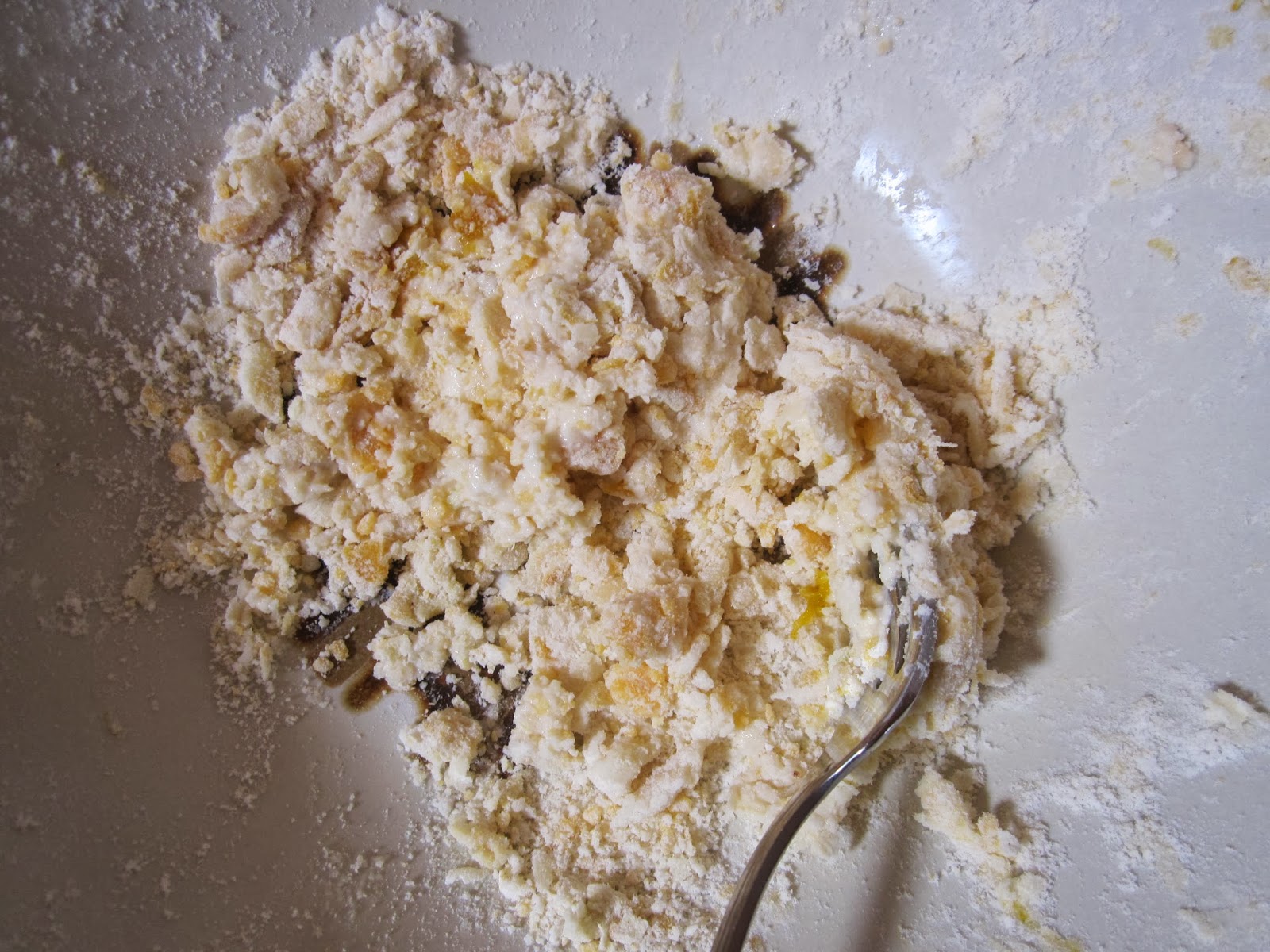 Combine the dry ingredients in a large bowl.   Cut in the butter until a crumbly texture is formed.


Stir in the cheese and veggies.  Stir in half the milk then keep adding slowly and just enough to moisten the dough so that it comes together. 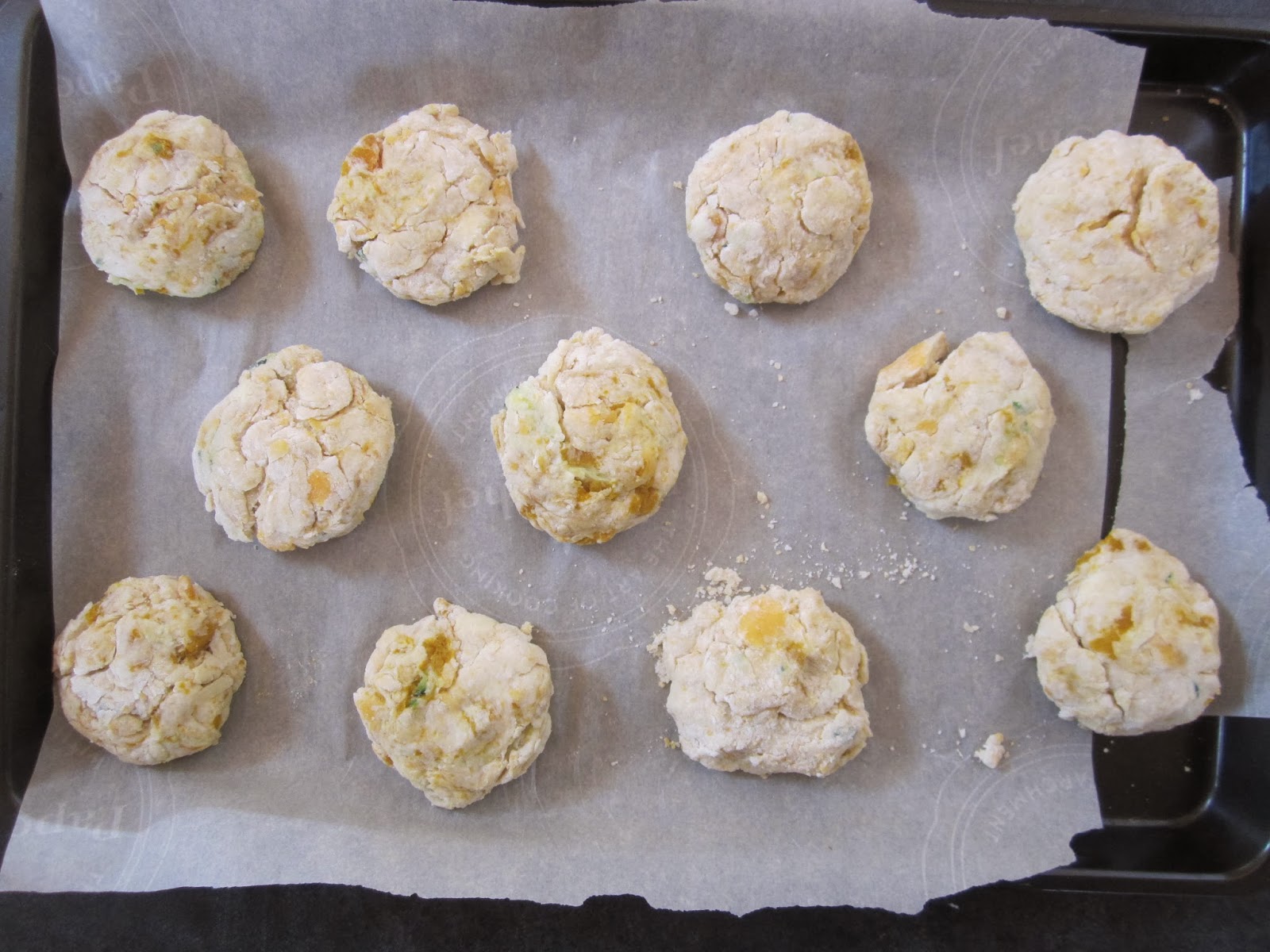 Roll out and cut into rounds.  Or do this the lazy way as I did - just grab a chunk and form a round patty.  Bake on parchment paper lined baking sheet for 15-20 minutes. 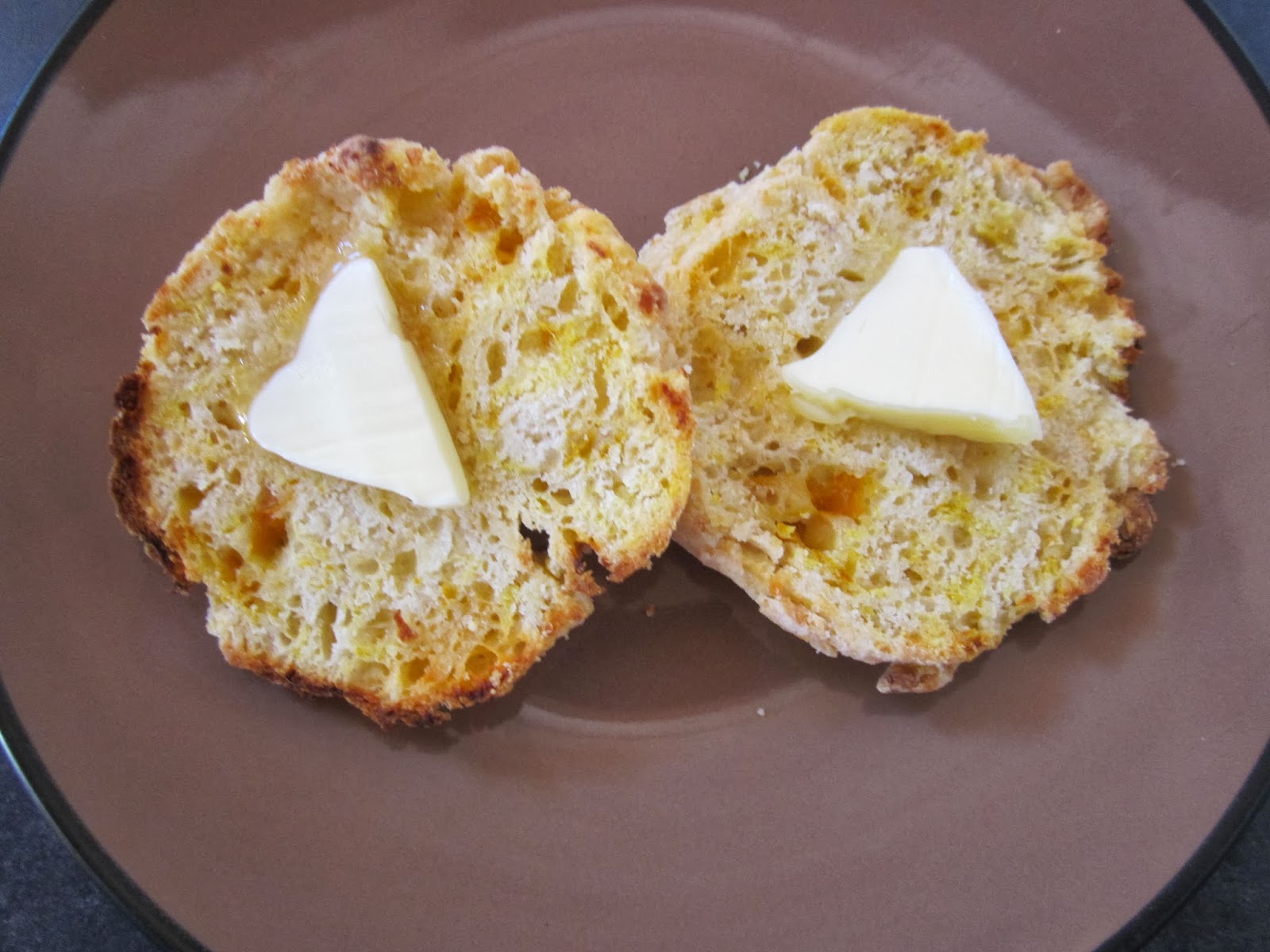 Serve warm with butter.  Or these would be delicious as the "bread" for many kinds of sandwiches! 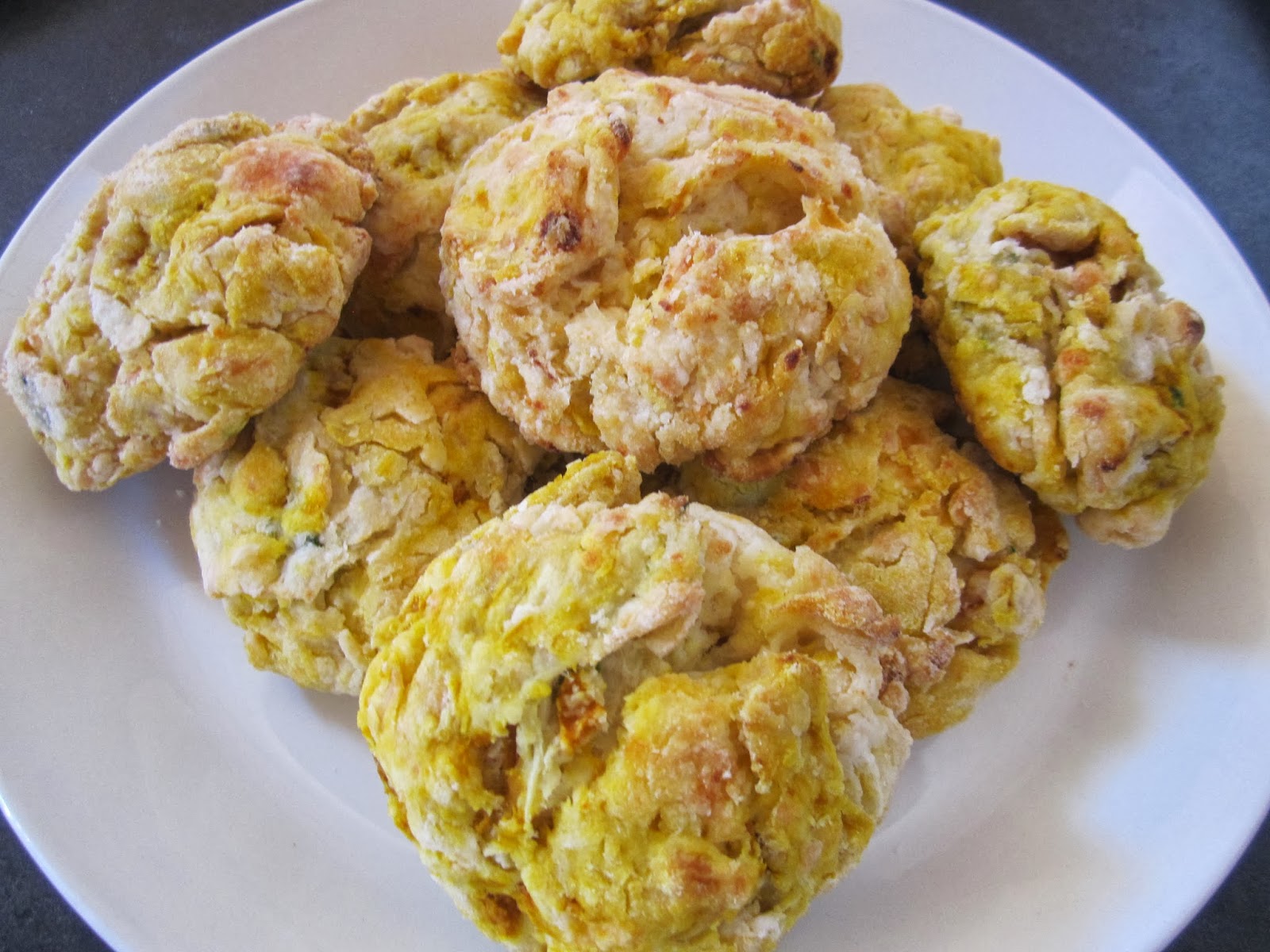