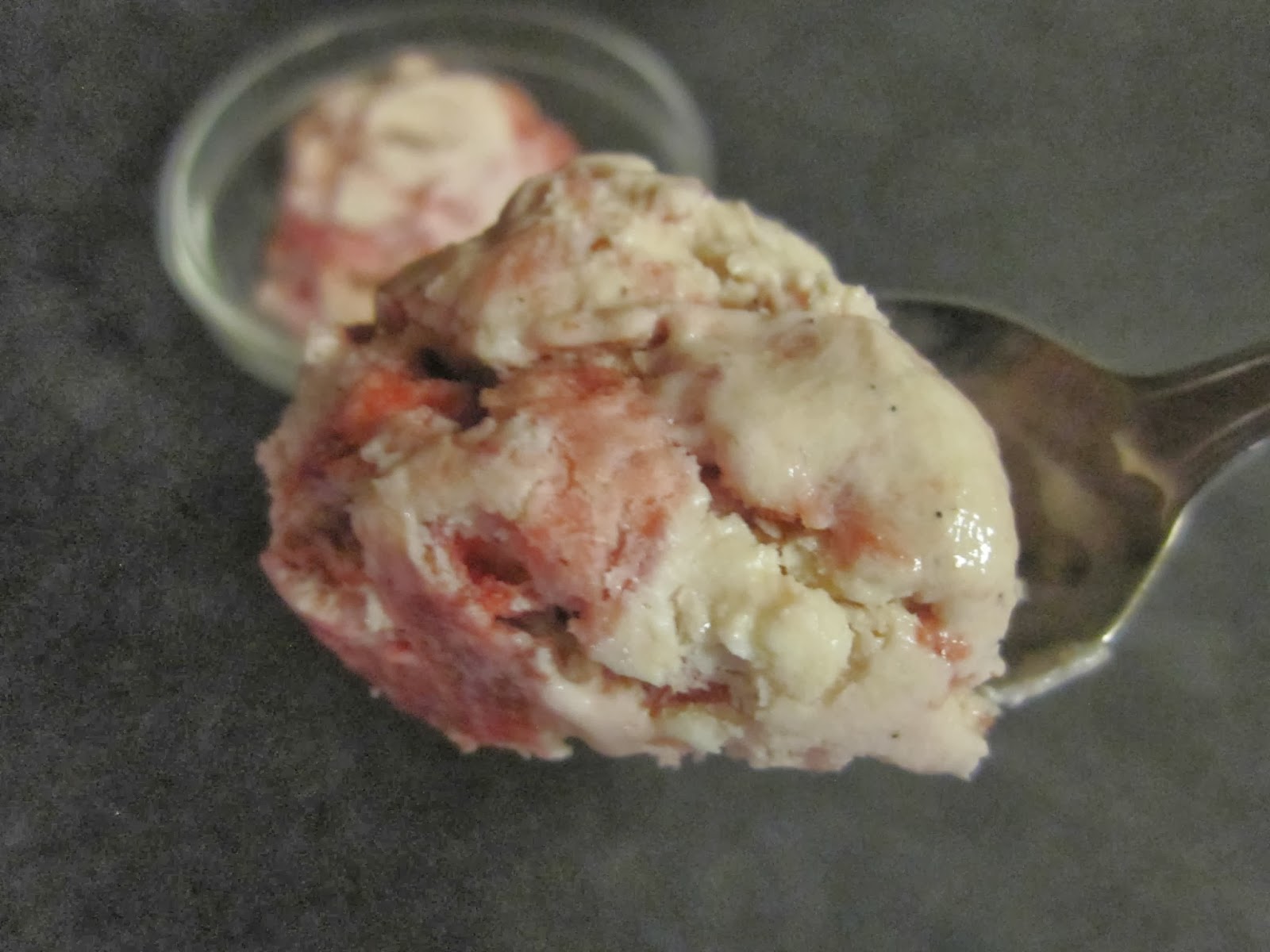 Wow, that’s a lot going in the title, huh?  I had a craving and it just kept getting more and more involved.  It started with making some homemade ice cream (which, as I mentioned not long ago in my post for peanut butter, banana and chocolate ice cream, seems to happen more often in the winter for some strange reason).  And then I thought of the best kind of vanilla ice cream which definitely needs real vanilla bean. 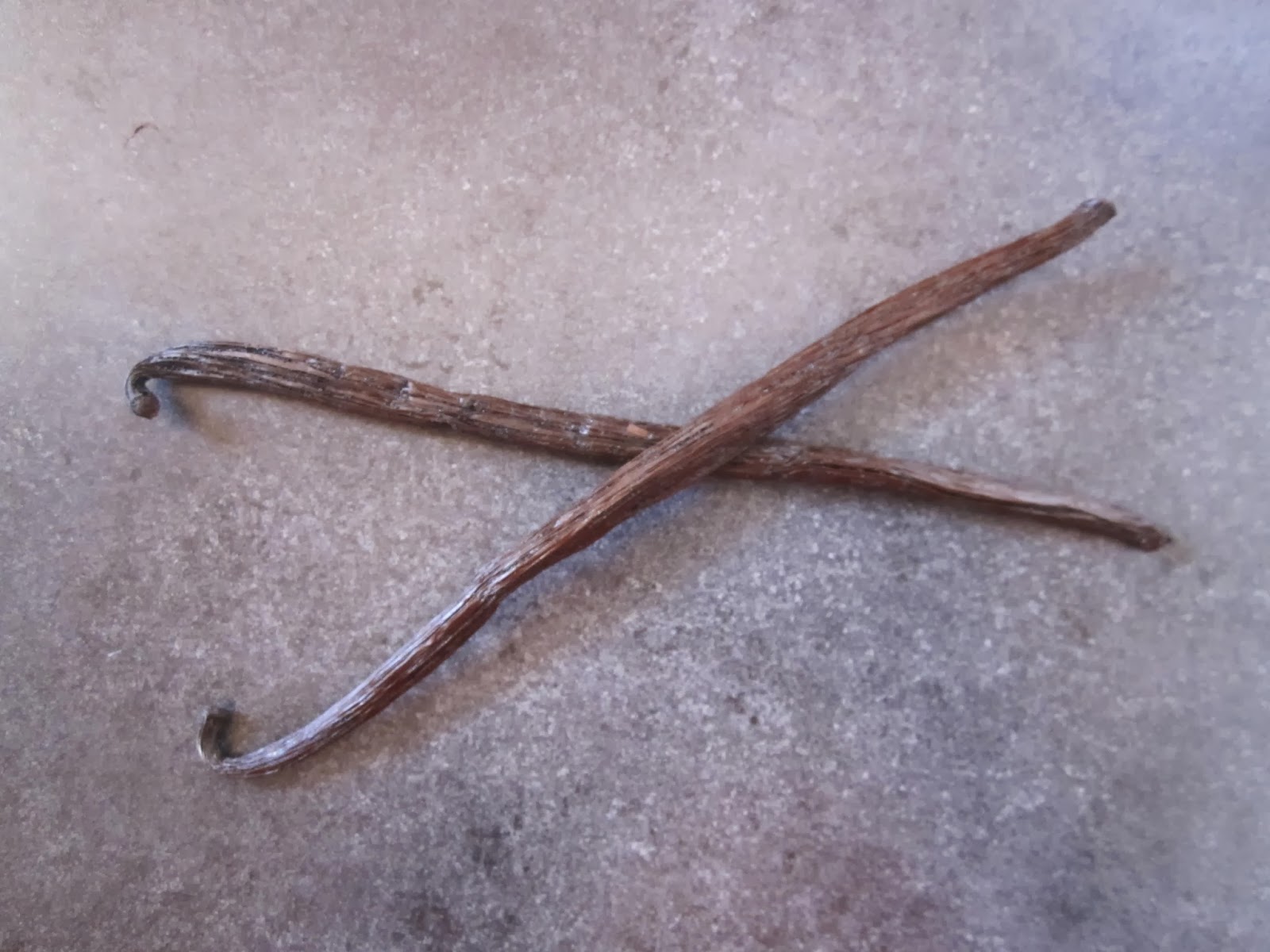 But then I thought of the first time I ever had cheesecake flavoured ice cream (at some Yorkville area restaurant back in my Toronto days).  I could not believe something so amazing existed! It was heaven (that’s obvious to anyone who knows how much I lovecheesecake).

So that was my thought process.  And here is the actual process to make this incredibly, rich and delicious dessert … 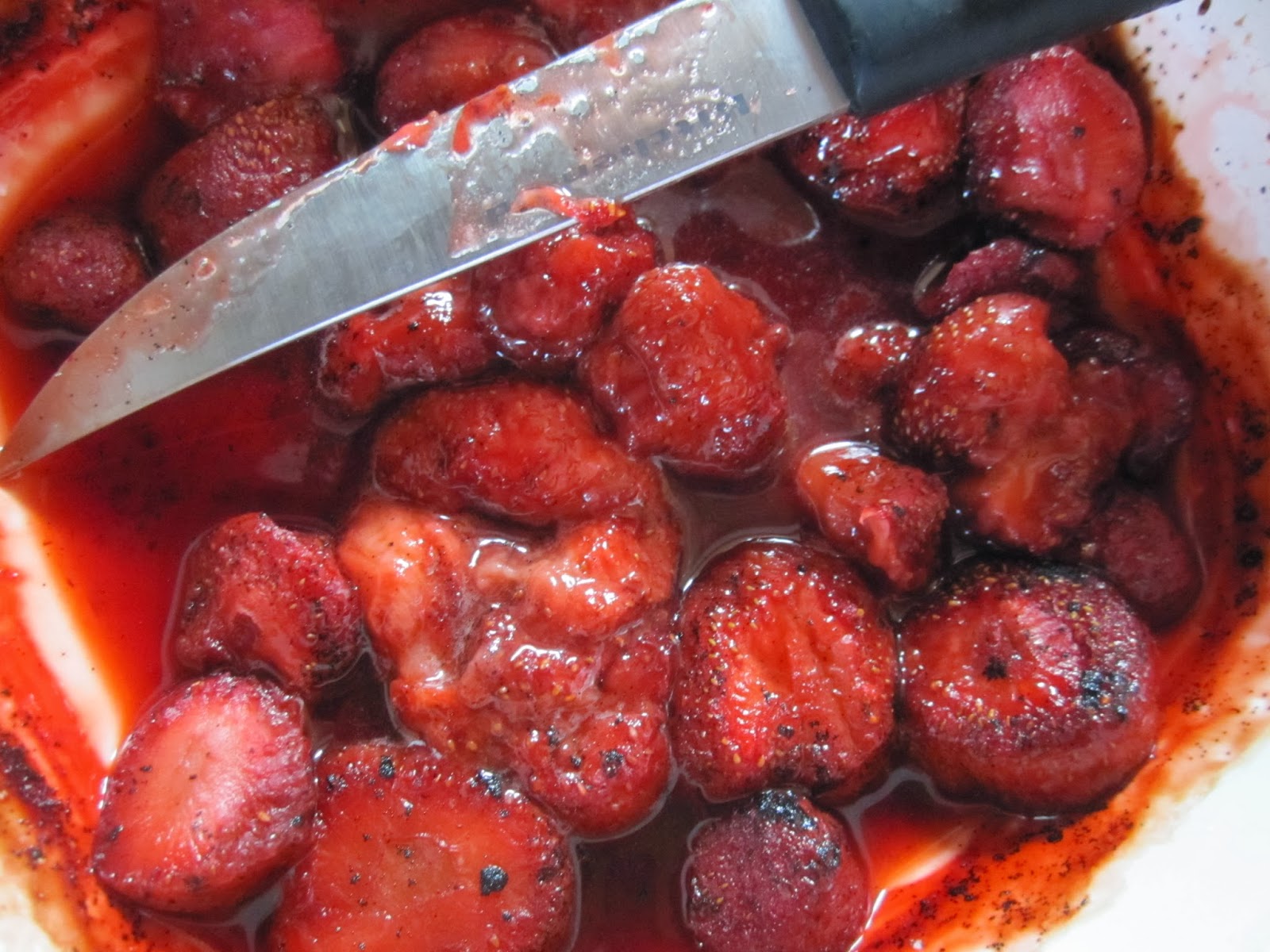 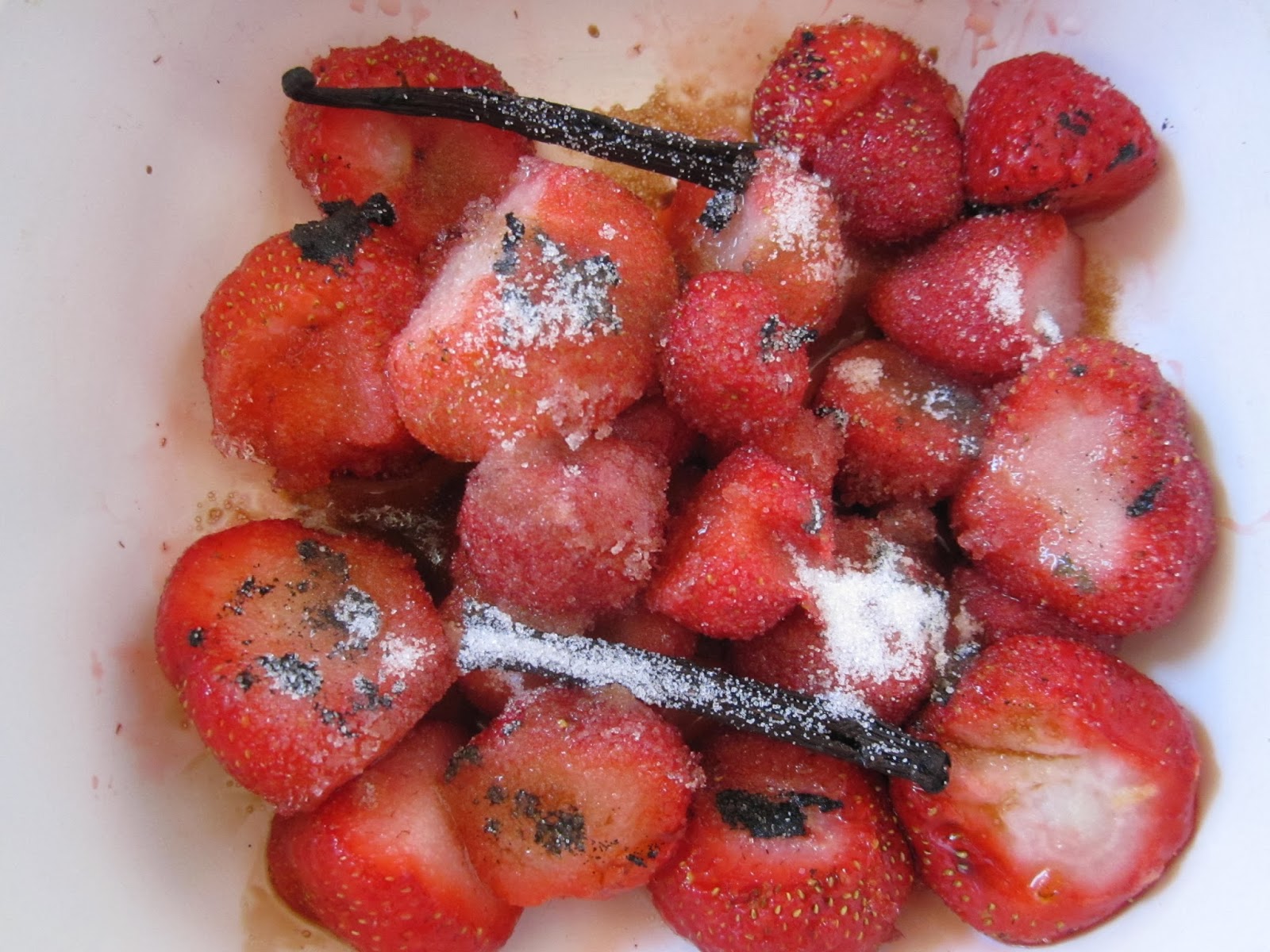 Roast at 400 degrees F until sugar is dissolved and strawberries are soft and bubbling.  Let cool, then chop into smaller pieces.

*Here's how to scrape the seeds from the vanilla pod if you haven't done this before: 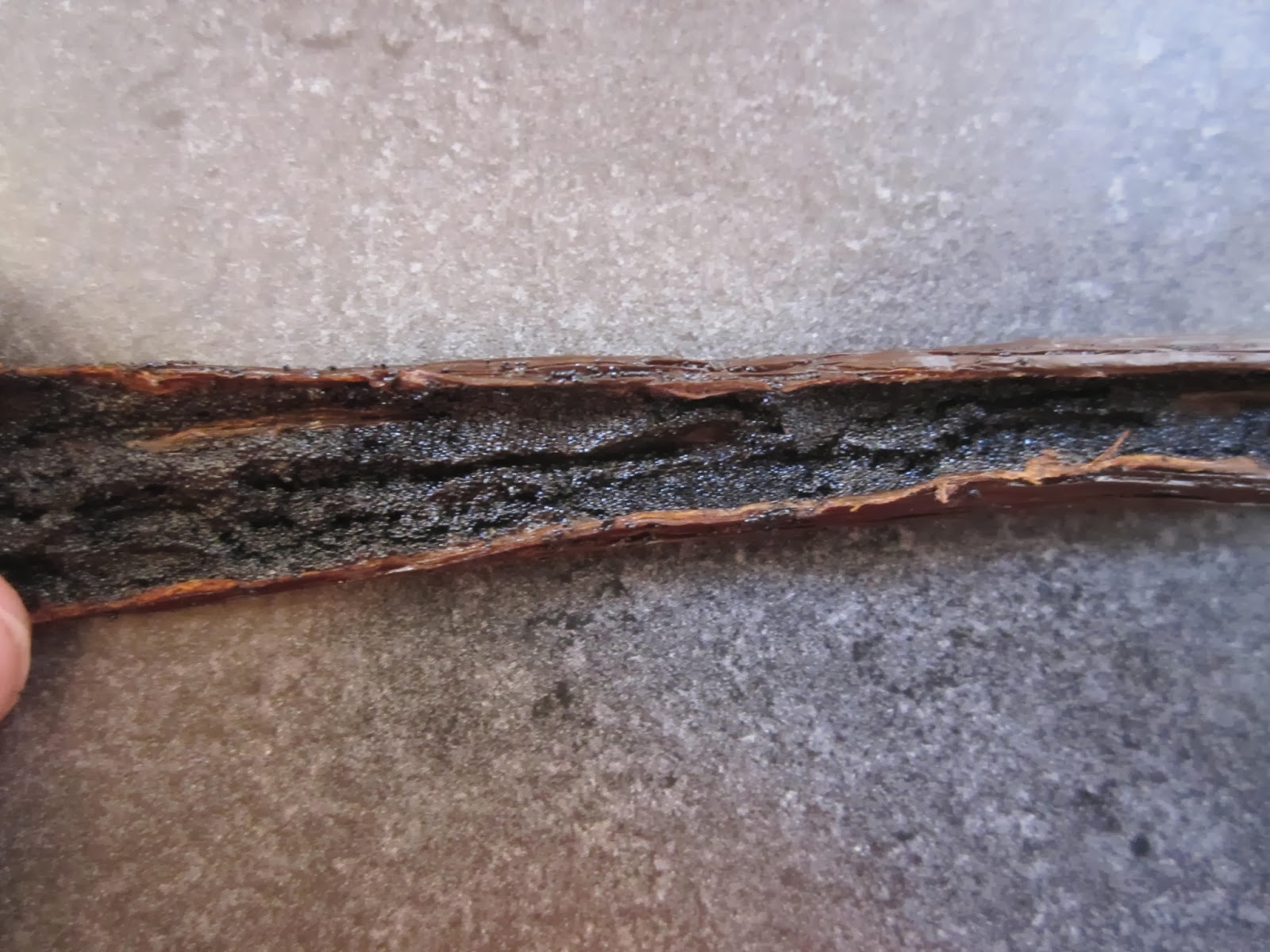 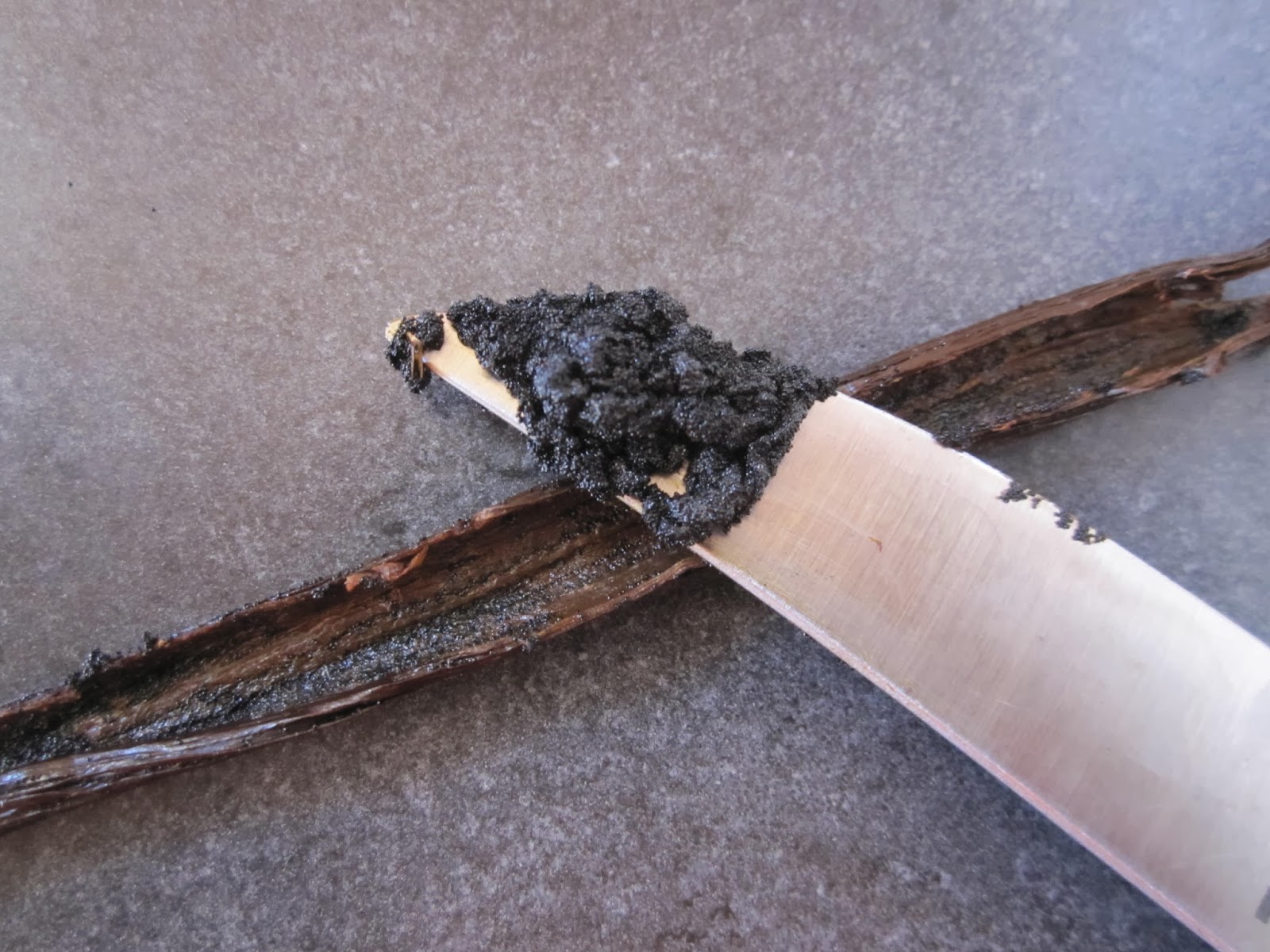 2) Flatten a knife and scrape along the bean to remove the seeds.

The Ice Cream Base

Cooking the base mixture makes it a bit more custard-like.  I love the uncooked style as it is very fresh tasting but this recipe called for the richness that comes from heating the eggs and cream.

Place 6 oz of cream cheese in a large bowl.

In a saucepan, heat 1 cup 18% cream, 1/2 cup white sugar, 1 egg yolk and 1 whole egg.  Whisk together, heat until sugar is dissolved and mixture begins to thicken (medium-ish heat so the cream doesn't burn).  Strain the mixture to remove any bits of egg that might have cooked.

Pour the heated mixture over the cream cheese and stir to combine. 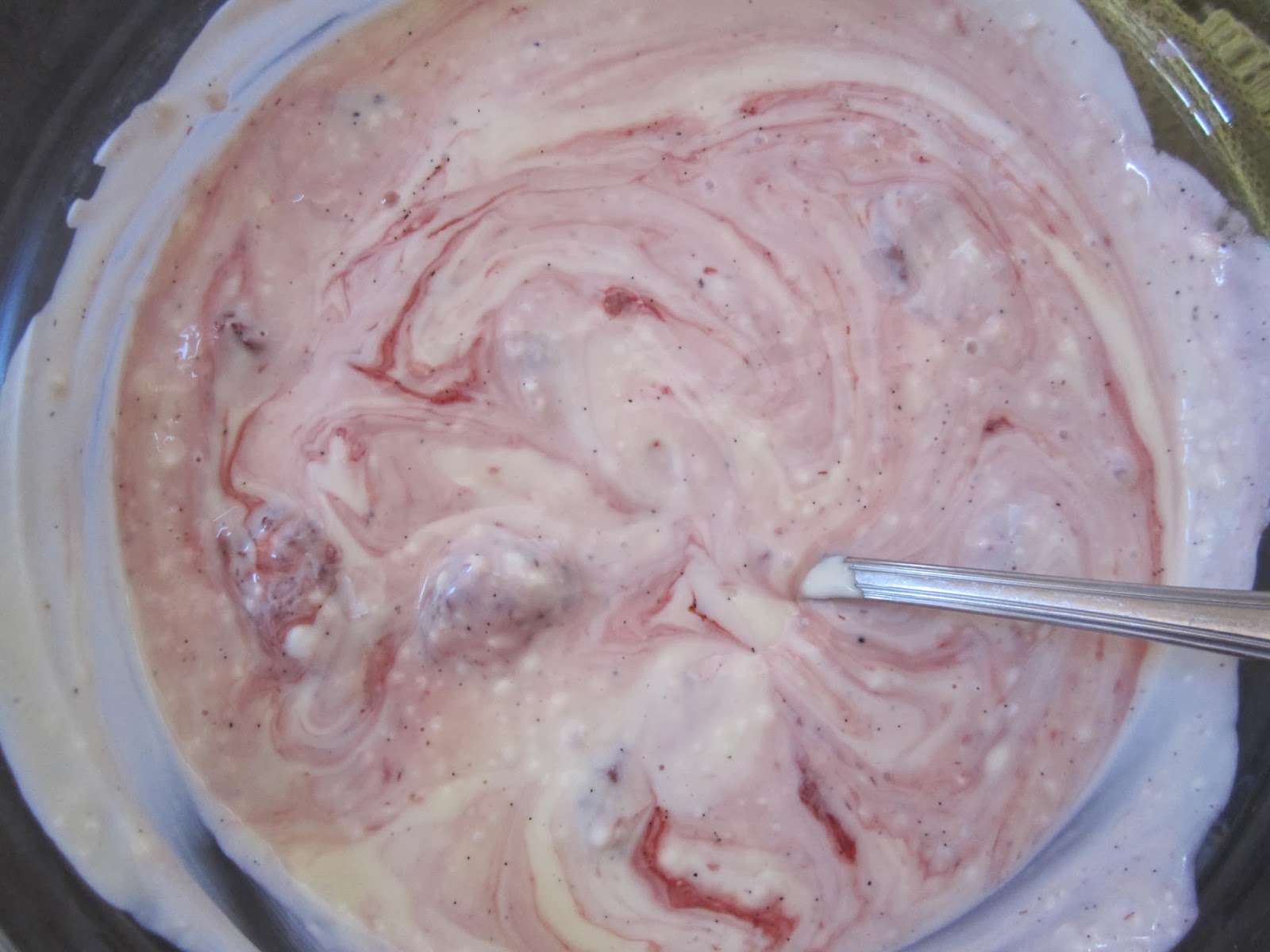 Allow Ice Cream Base to cool then process partway in an ice cream maker.  If you don't have an ice cream maker you can still do this ... in fact, my mixture was too big for my mini-maker.  Just place it in a wide glass or metal bowl and place in the freezer.  Pull it out every 10 minutes or so and scrape along the sides and bottom to move the frozen bits into the middle which naturally moves the liquidy bits against the sides of the bowl again.  Repeat several times.  When the mixture has firmed up a bit but is still plenty soft, stir in the strawberries.  By adding the strawberries when the mixture is a bit firm, it keeps the strawberries from sinking to the bottom and getting all bunched together.

Continue processing in the ice cream maker until ready, or just freeze for at least one hour to make sure it is firm enough before serving. 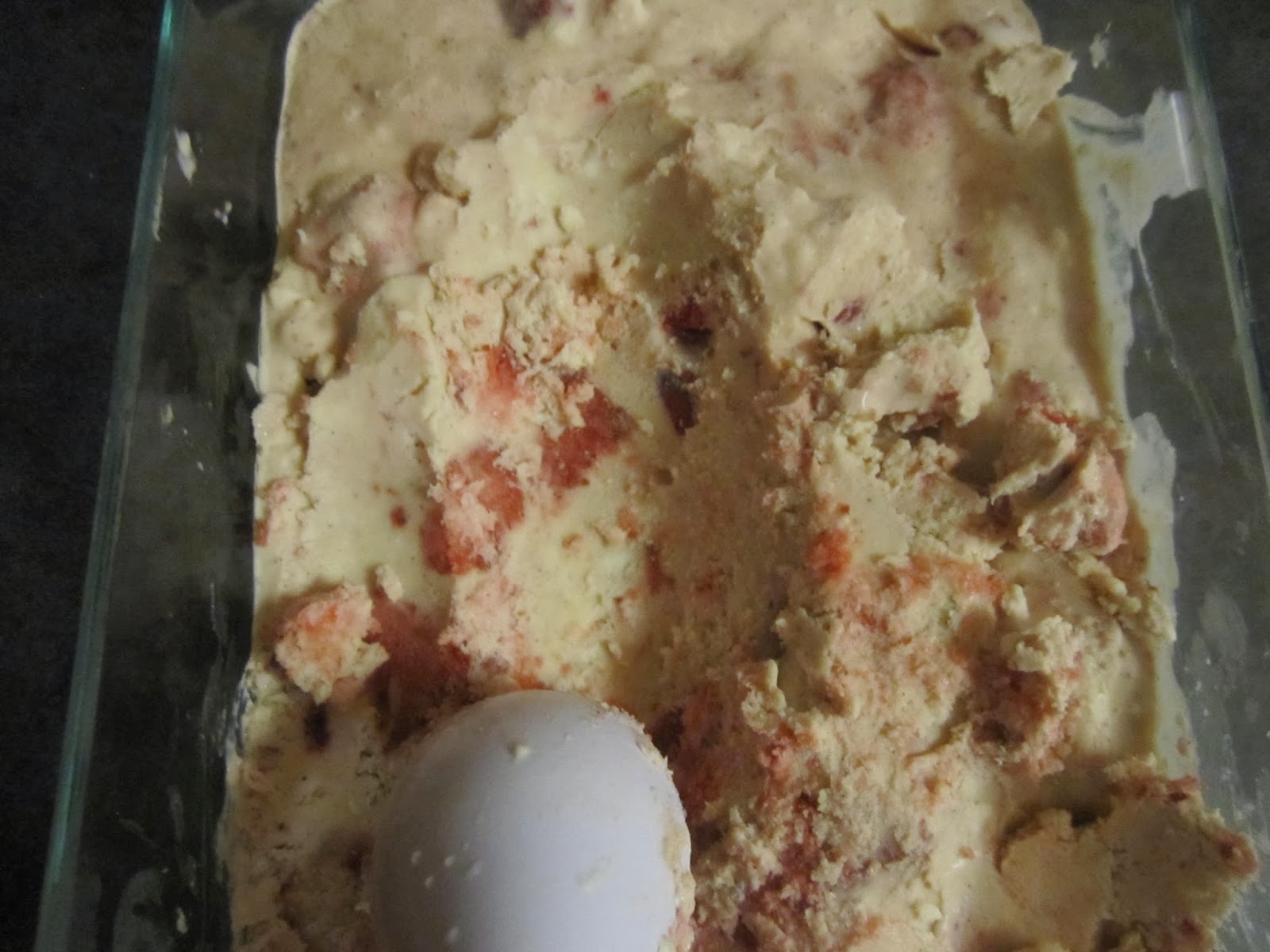 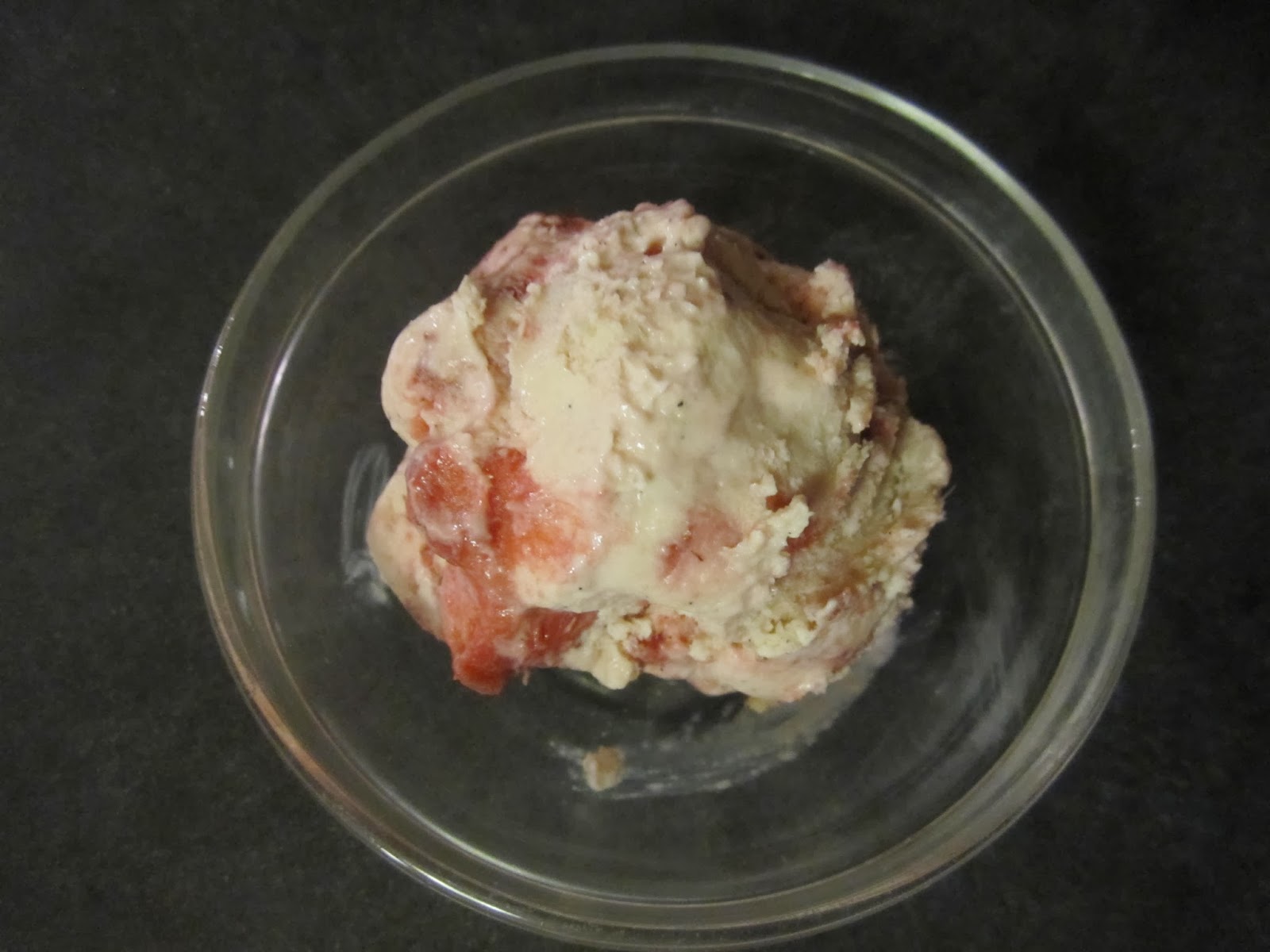