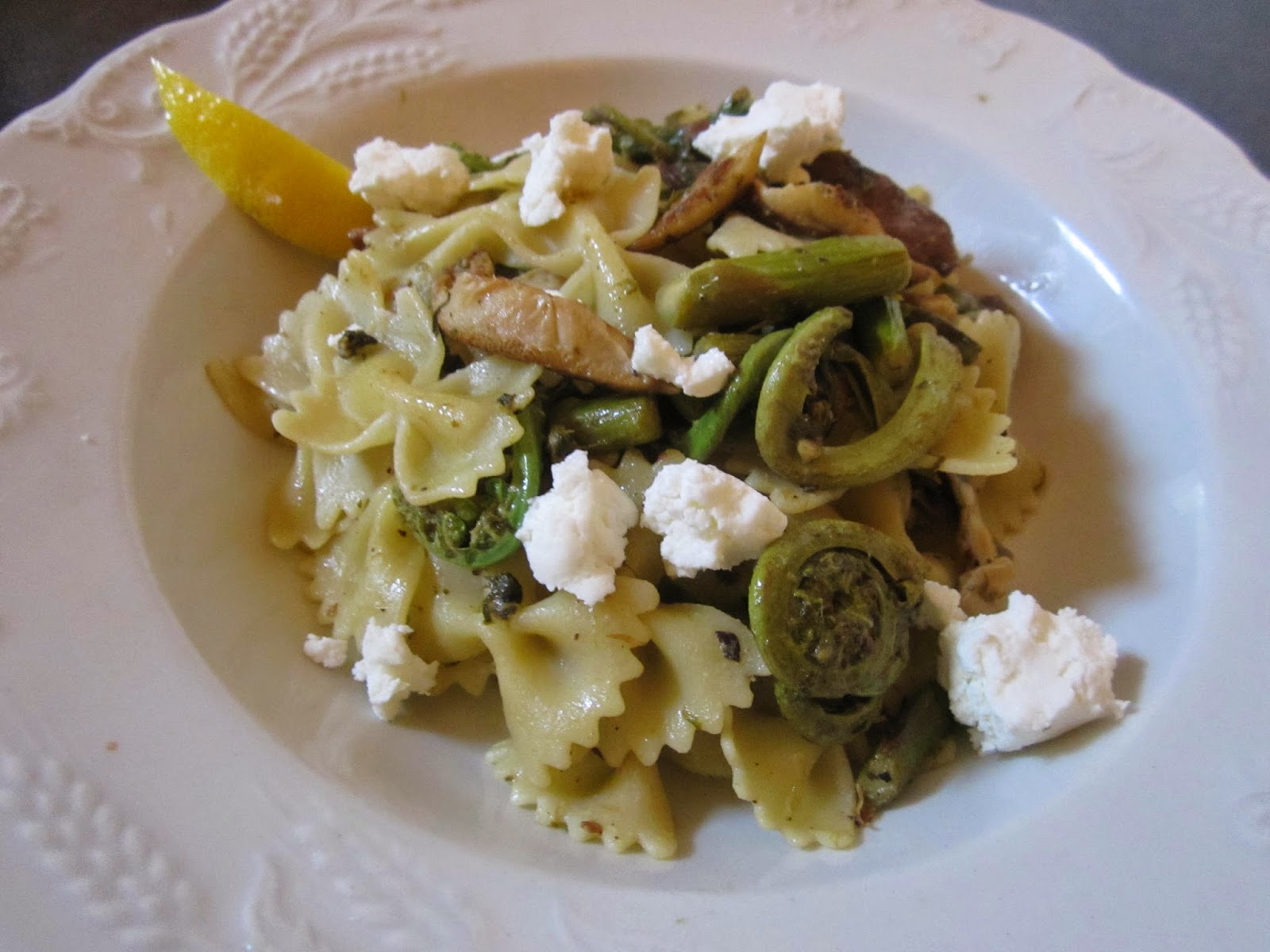 When I see primavera pastas (pasta with spring vegetables), I always wonder where in the world the cook lives ... certainly not Eastern Ontario considering the types of veggies I often see included (zucchini, peppers, beetroot, etc.). 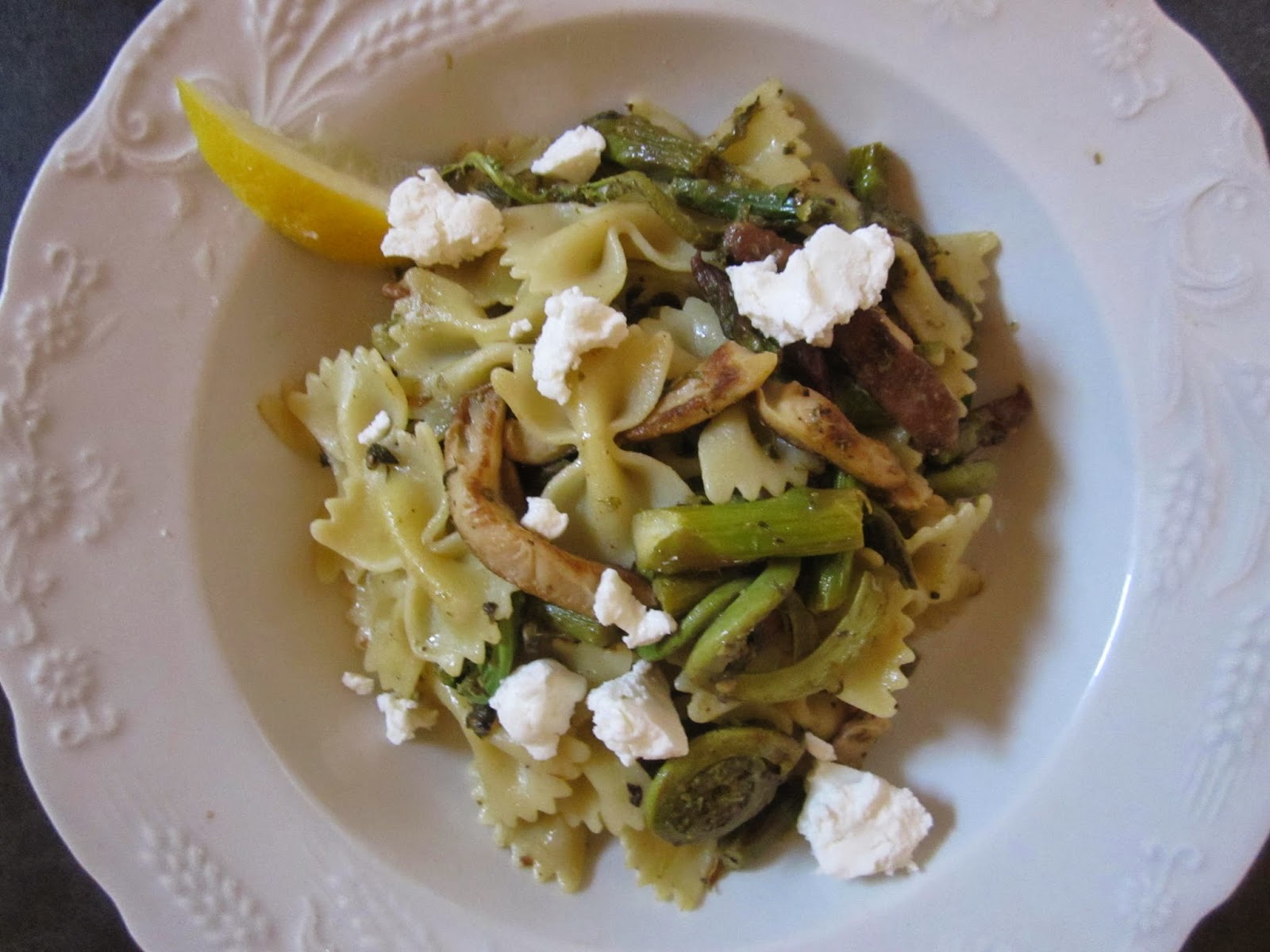 Now I might have a zucchini fresh in the garden during spring but only in the very last days before summer ... this recipe link is about last year's first zucchini from my own garden being used right on June 21st in Jamie Oliver's Zucchini Carbonera.

So I set out to make a real Eastern-Ontario style primavera using the vegetables more commonly found in this area from early May and into June: ramps, fiddleheads and asparagus (I'm not a big fan of stinging nettles but they are abundant around this time as well). 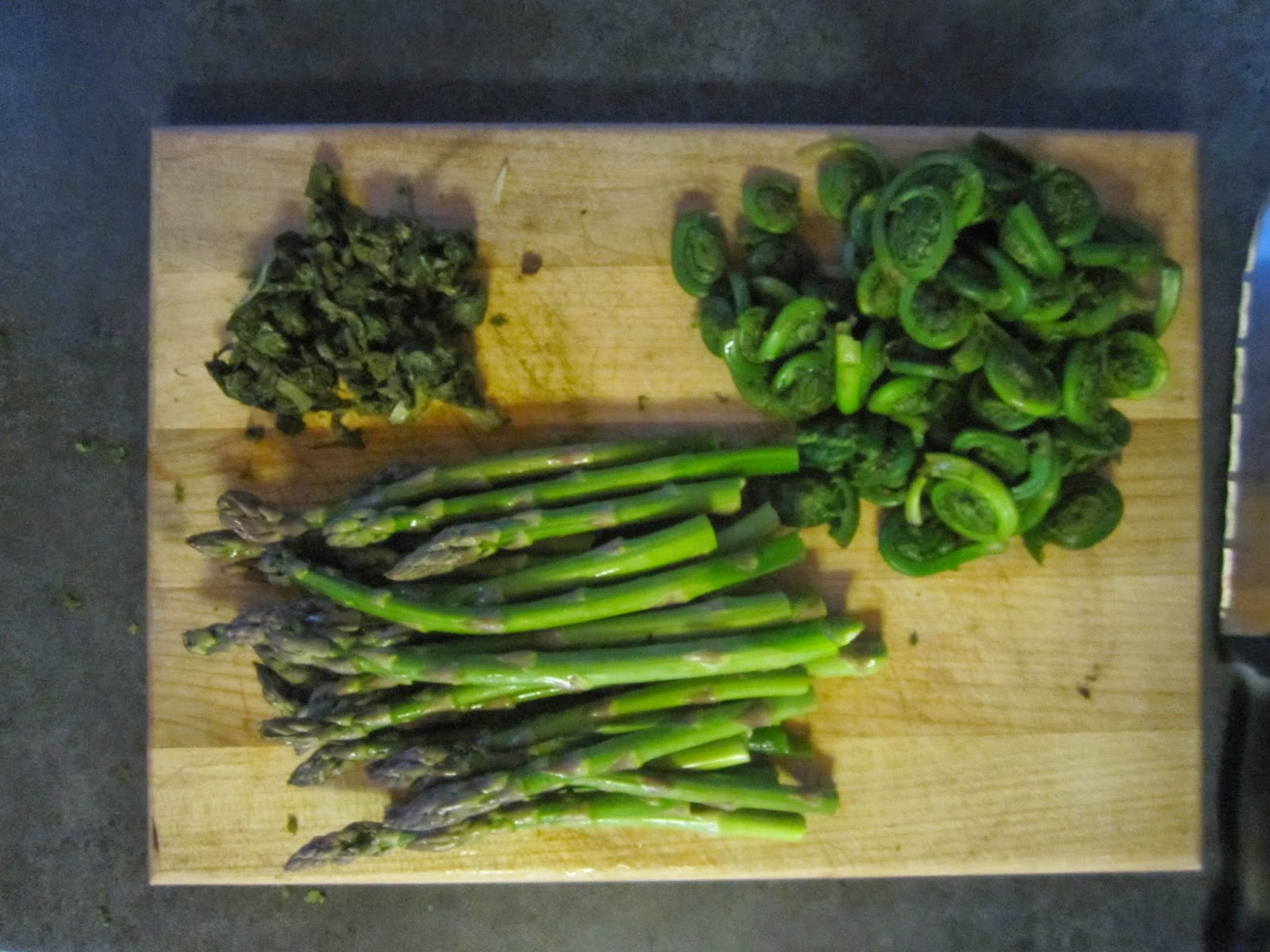 Ramps are wild leeks.  A friend brought me a bag a few weeks ago.  We weren't in the mood for a big cook-off at the time, so the ramps were braised in chicken stock, the liquid wrung out as much as possible, then put into plastic bags in the freezer.  Here they are used to replace any onion and garlic in the recipe. I never pick my own fiddleheads although friends do ... I just don't know which ferns are edible and which aren't so I leave this up to the pros. I bought a pack at one of the few local stores selling them. 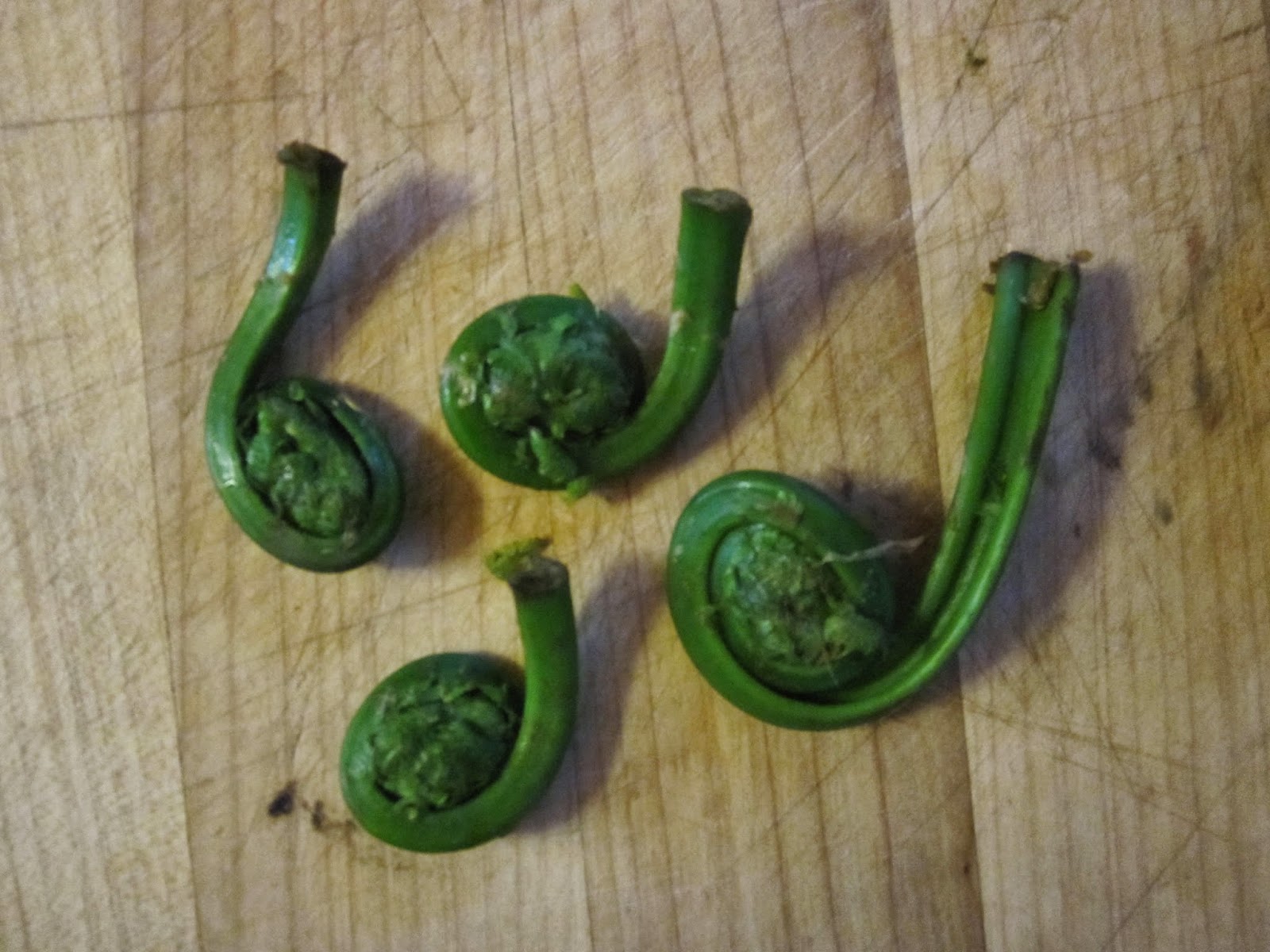 And the asparagus I used unfortunately is not my own.  My asparagus was only planted last year and I need to leave it alone for a year or two to feed itself and ensure a better and longer-lasting harvest down the road.  Just as well ... out of the 8 crowns in this particular patch, there were only 12-15 spears (which have now grown into ferns). 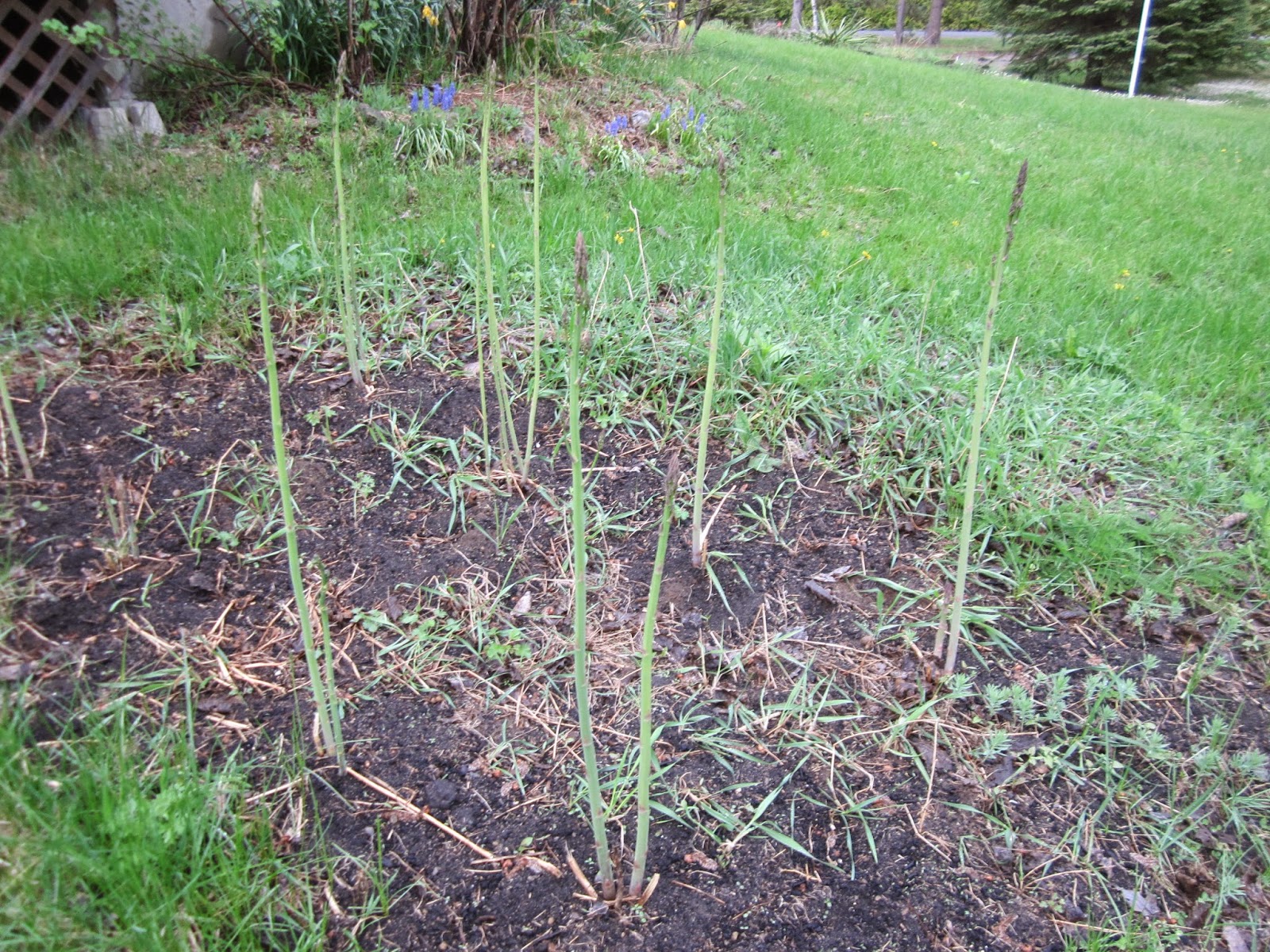 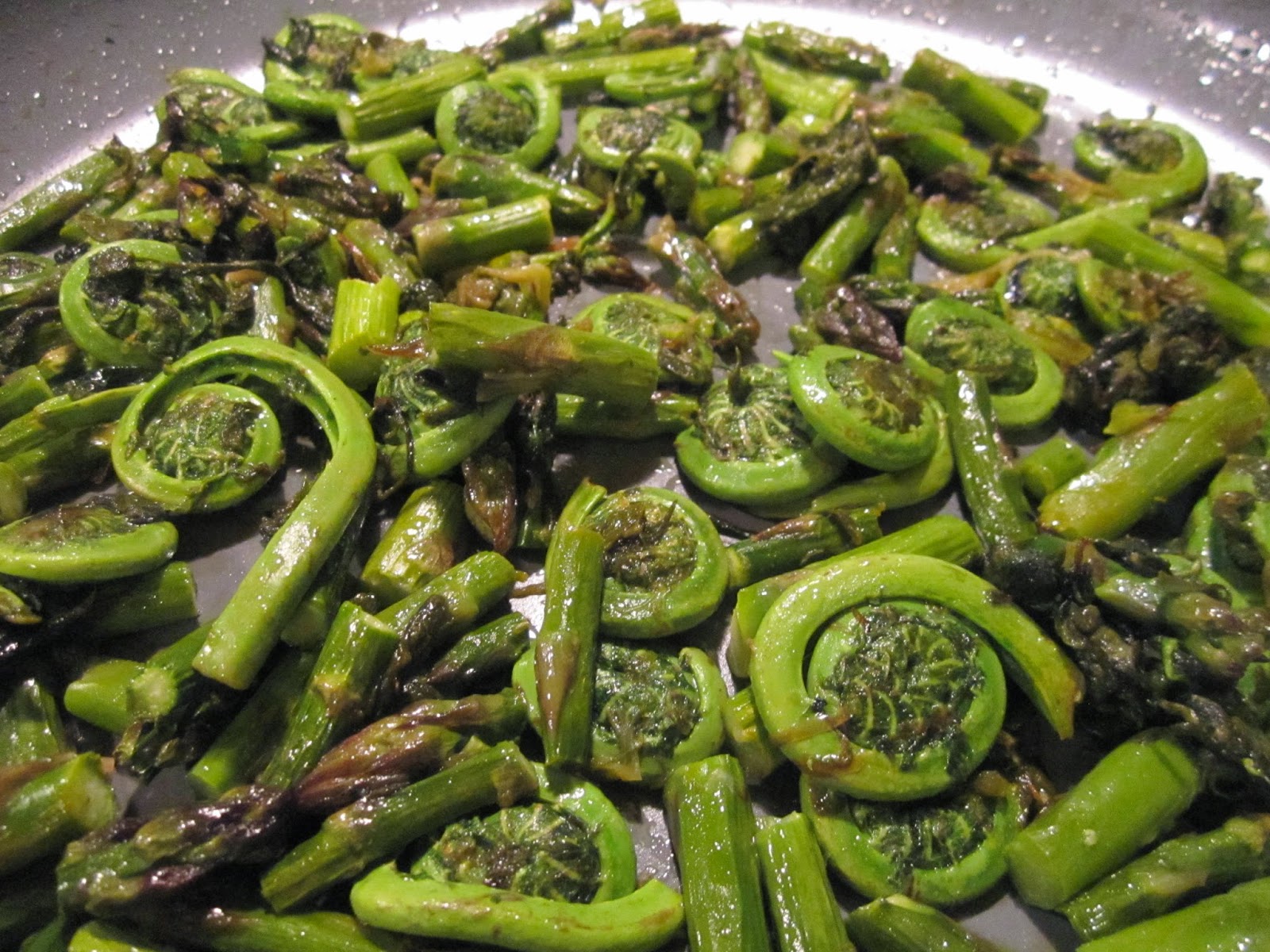 Saute ramps in a heated pan with some olive oil.  Add fiddleheads and asparagus.  Saute on high heat a few minutes until veggies begin to soften.  Squeeze in the juice of one lemon, season with salt and pepper then set aside.


In a separate pan, heat olive oil then add the mushrooms.  Cook on high heat until browned.  Add to the greens then toss with cooked pasta. 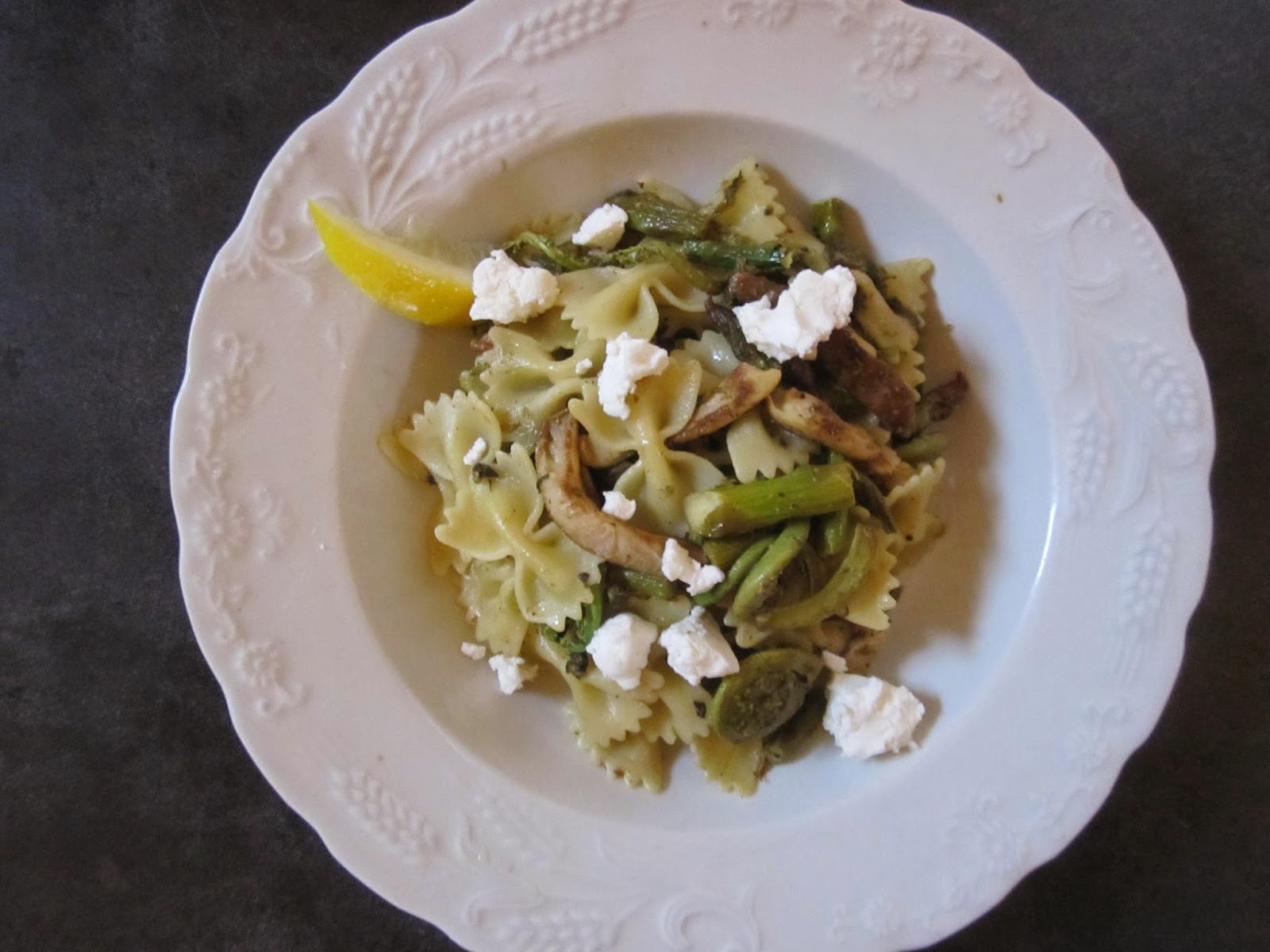