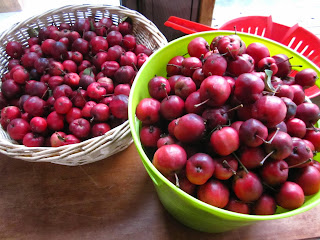 Last year I was given half a bushel of crab apples and decided to make Crab Apple Butter for the first time.  Unfortunately, I let it cook too long and it basically turned into fruit leather.  I did not realize how far along it was until it had already cooled down in the jars - although thick, it was still very "loose" when I canned it.

It was only when I pulled out the half full jar of extra (you know, the portion that isn't enough to fit into one of the canning jars so just gets put into the fridge) and realized how thick it had become.  In fact, it was so thick it was very difficult to even dig out with a spoon.  Most of it was chucked out - run under hot water until it loosened enough to throw out so I didn't waste the jar. 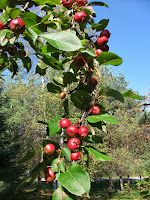 So when my crab apple tree was full of these dark red beauties, I wanted to give it another try.  And ... I failed again.  Unbelievable.  Really unbelievable. 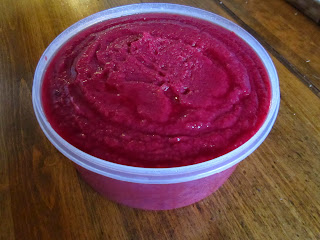 It was still only the thickness of thick apple sauce, not even jam texture, when I ladled it into the jars.  In fact, I had been taking a few tablespoons out every 15 minutes or so to sit in the fridge so I could see how it was setting.  I seriously don't know what happened (I mean, other than the fact that I overcooked it).   Well that was 10 pounds of crab apples that are probably going to be wasted again.  It isn't as solid as the fruit leather from last year, but by no means "spreadable".  I hope to find a use for it, but haven't thought of anything yet. 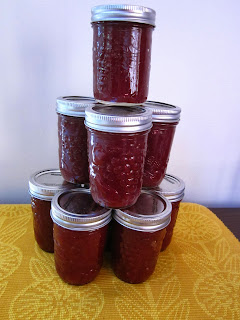 Luckily I had another 7 pounds, although it took me a few days before I was ready to try again. This time I checked out several recipes; they all said cook for 2 hours.  I don't really find that helpful.  Two hours of cooking can produce very different results depending on each individual stovetop, the type of pot being used, the actual heat of the element.  What I was hoping for was some indicator of when you know it's ready to be put into jars, but I never really found that.

So for this second batch, I cooked it for 2 hours, but it just didn't seem enough (I know, I know, you're thinking I made leather again).  But I cooked it a bit longer, for 2 1/2 hours, and this time only ended up with thick crab apple sauce ... not even "jam", and certainly not the thicker style "butter" that I was looking for.


Oh well ... at least this saucy batch is still tasty!  And it gave me a chance to try the food mill that I bought at a thrift store 3 years ago and just sat in storage until now! 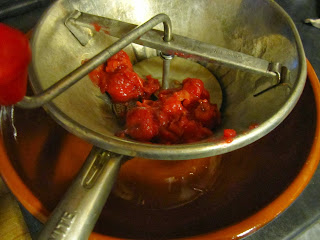 But I'm officially putting a call out to anyone who can tell me how to make crab apple butter, with clear guidelines to determine doneness.  Without some expert advice, I do believe I will give up.

But just for my own reference, since the taste was great, here's the recipe for each 5 lbs of crab apples: 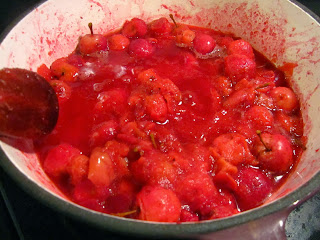 In a large pot, bring to a boil, then simmer until softened: 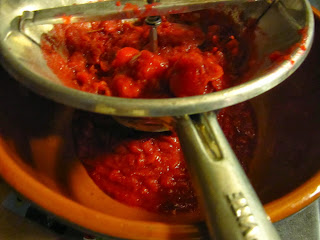 Puree in a food mill to remove seeds and skin.  Should have about 6-7 cups of puree.  Return to pot and add:


Cook however long you feel like because I have no idea! 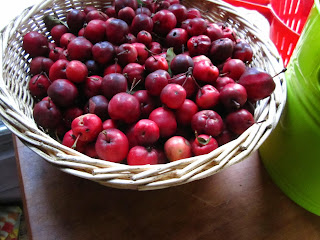