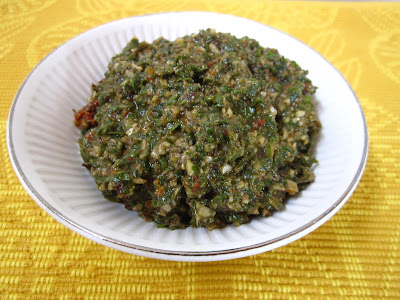 When thinking of making a sundried tomato pesto recently, I was digging in the fridge looking for the pine nuts but no luck.  My second choice, walnuts, were also nowhere to be found.  But I noticed some pepita (roasted pumpkin seeds) in one of the drawers.  So awesome!  What an amazing combination; this is definitely an instant favourite for me. 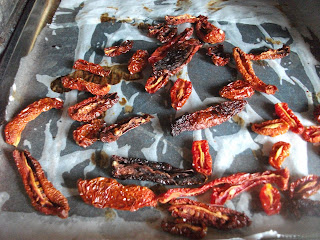 The tomatoes were actually homemade, and dried in the oven.  I might actually try drying them in the sun one of these days as it does take a lot of electricity (low temperature for up to 6 hours) but I'll need to purchase some screens - don't you need something to keep the bugs off of them considering it takes a few days? A friend from work suggested using a dehydrator as well (I recall having three of those at one point; none of them being used)! 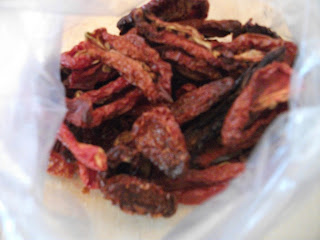 Anyway, I oven dried a batch of my homegrown tomatoes earlier this year and had stored them in the freezer until now.

Usually if I make a large enough batch I'll store some in the freezer, but will also keep some in a jar in the fridge with a bit of olive oil; the oil absorbs some of the flavour so the oil can be used for cooking as well.

In a food processor, combine and process the following:

After the ingredients are minced, continue processing and drizzle in 4-5 Tbsp olive oil (you might need a bit less if you have used sundried tomatoes from a jar that already have a bit of oil on them).

Remove from food processor, and stir in 1/4 - 1/2 cup parmesan cheese. Season with salt to taste.  Makes enough for 4 servings of pasta.  Toss with hot pasta along with some of the cooking water. 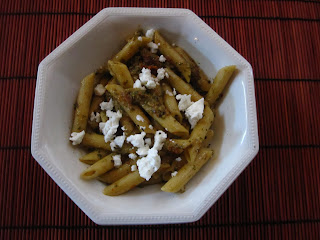 Also delicious on flatbread or pizza with feta or goat cheese (or a zillion other toppings!). 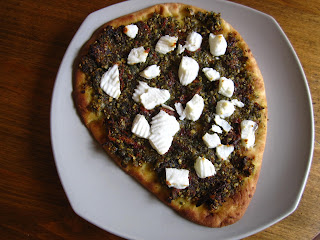