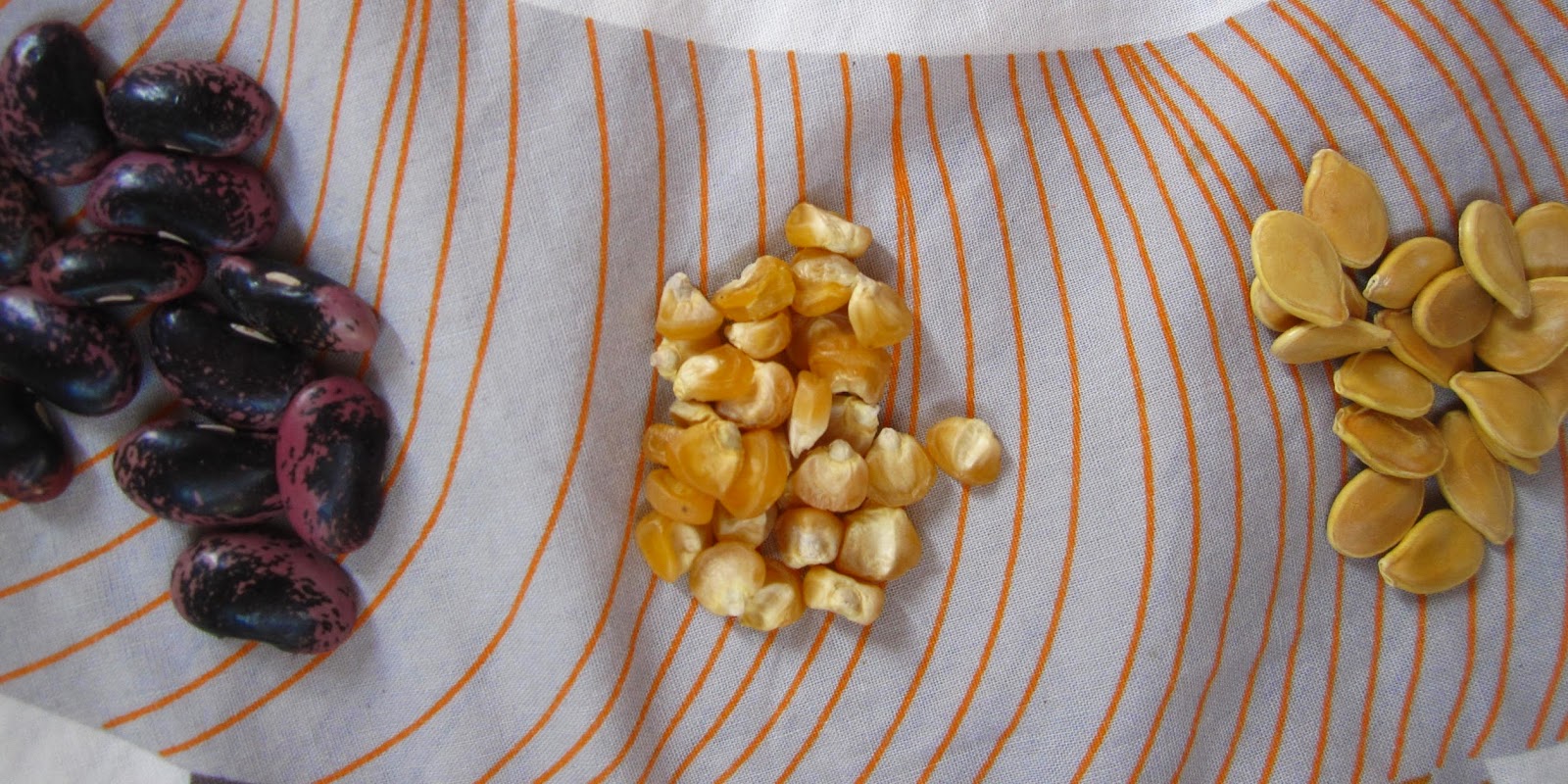 I love the concept of the Three Sisters Garden.  This is an ancient North American aboriginal gardening practice which is designed to improve yield and sustainability of crops. 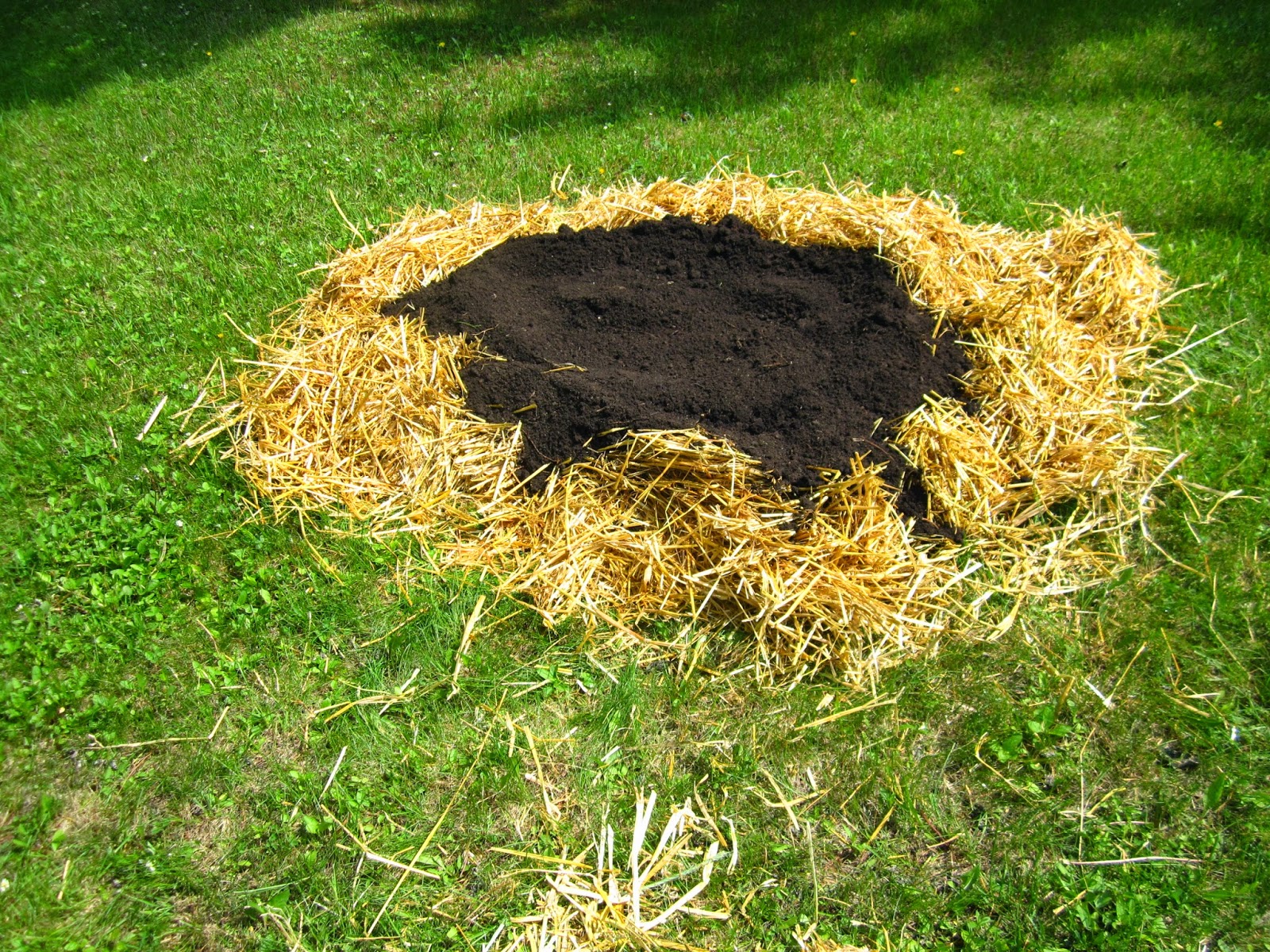 The first sister is the corn ... she stands in the middle and provides support.  These are Golden Bantam Corn.  I planted the corn first; in a small circle near the middle of the space I prepared using a base of straw, followed by manure and compost then finally the soil.  The corn is now three weeks old. 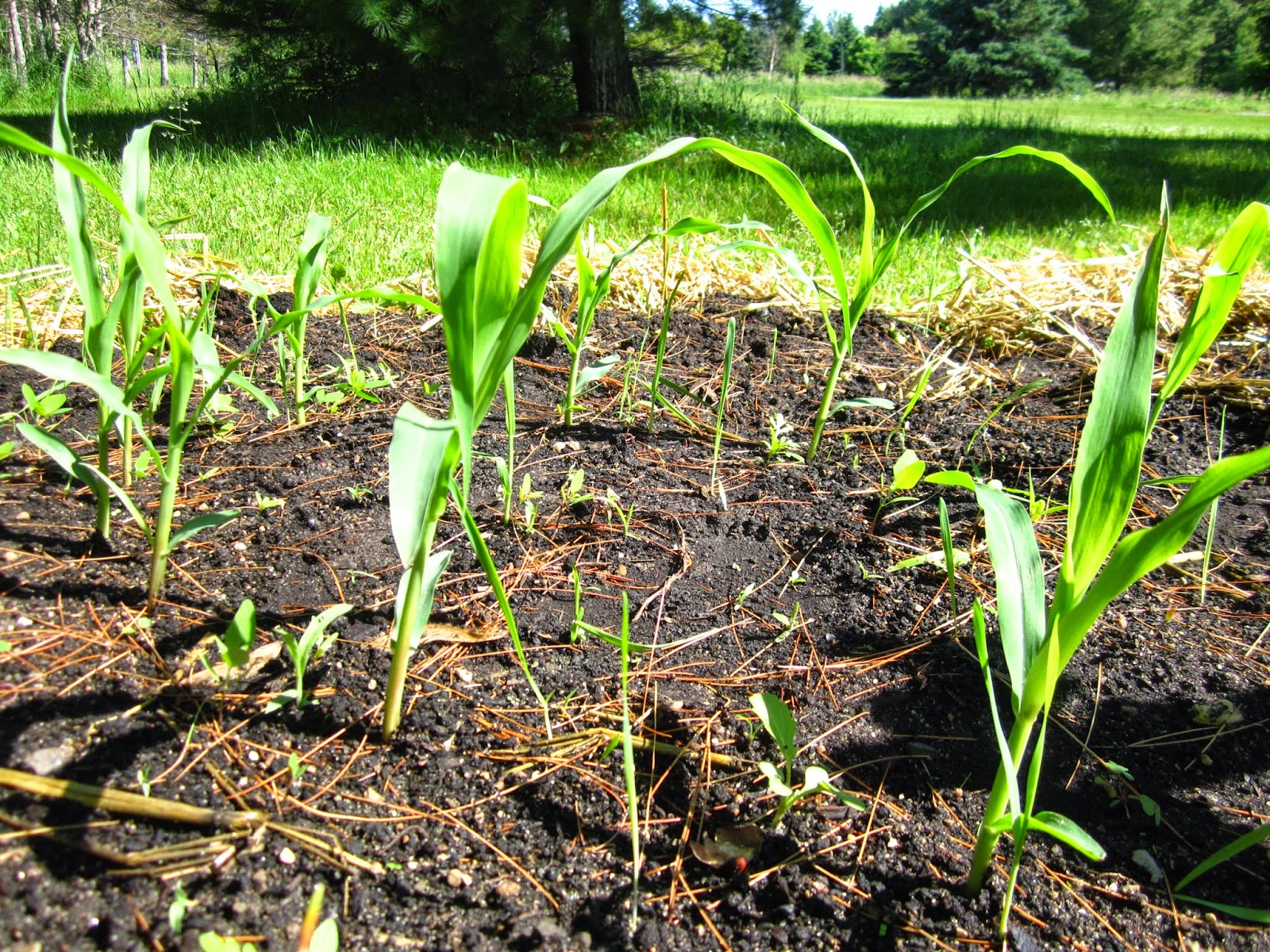 The second sister is squash (in this case, Red Kuri squash).  Squash will grow over the area acting as a mulch and keeping the soil cool.   Two weeks after the corn was planted, when it was a few inches tall, I planted the squash seeds ... again, in a circle, about a foot out from the corn seeds. 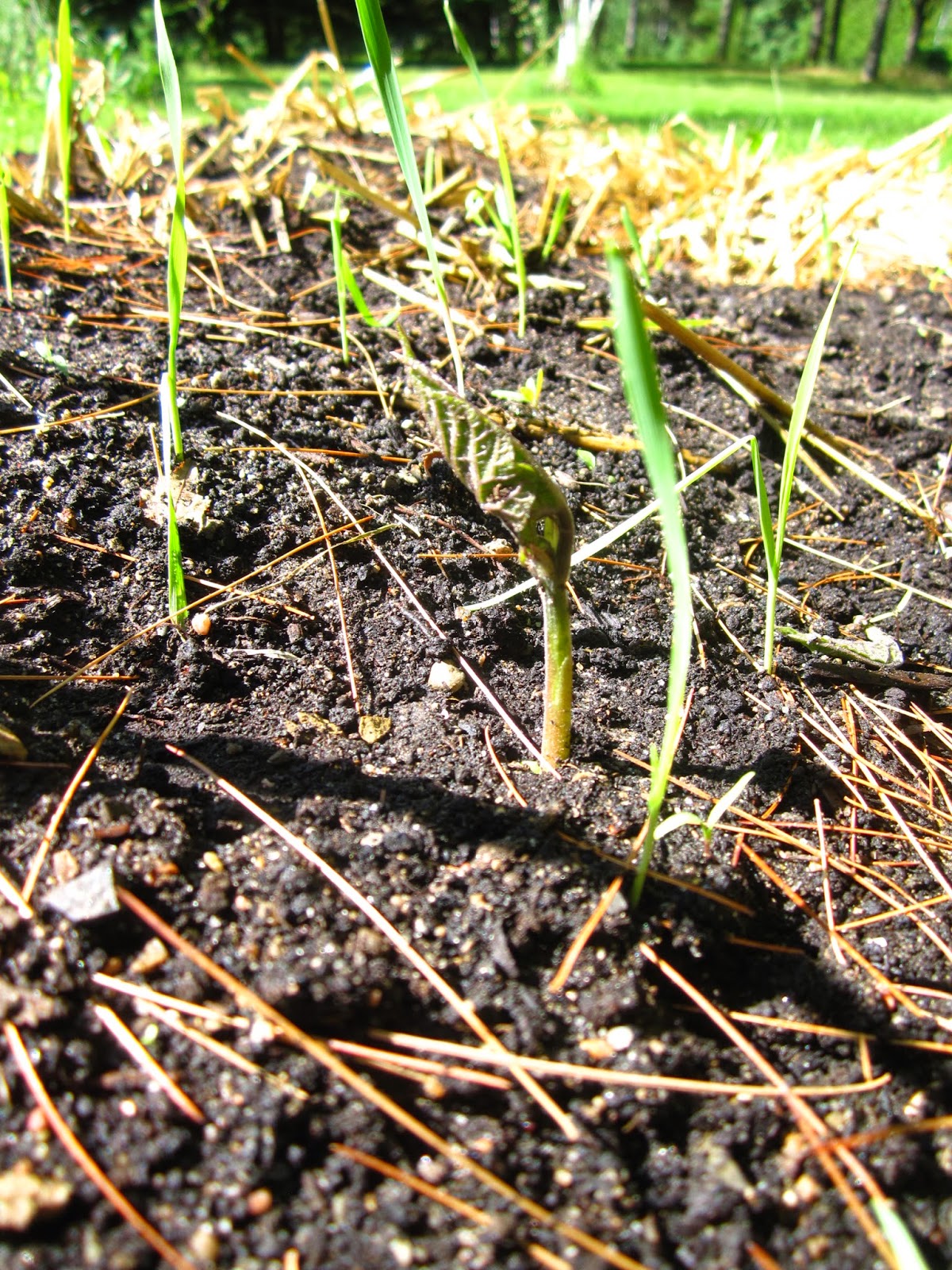 Beans are the third sister.  She'll grow in and around the squash and up the corn while providing nutrients (nitrogen) into the soil to help the other two.  The beans were planted somewhere between the squash and the corn.  I used Scarlet Runner beans.


It is the perfect example of companion planting where each provides a benefit to another. 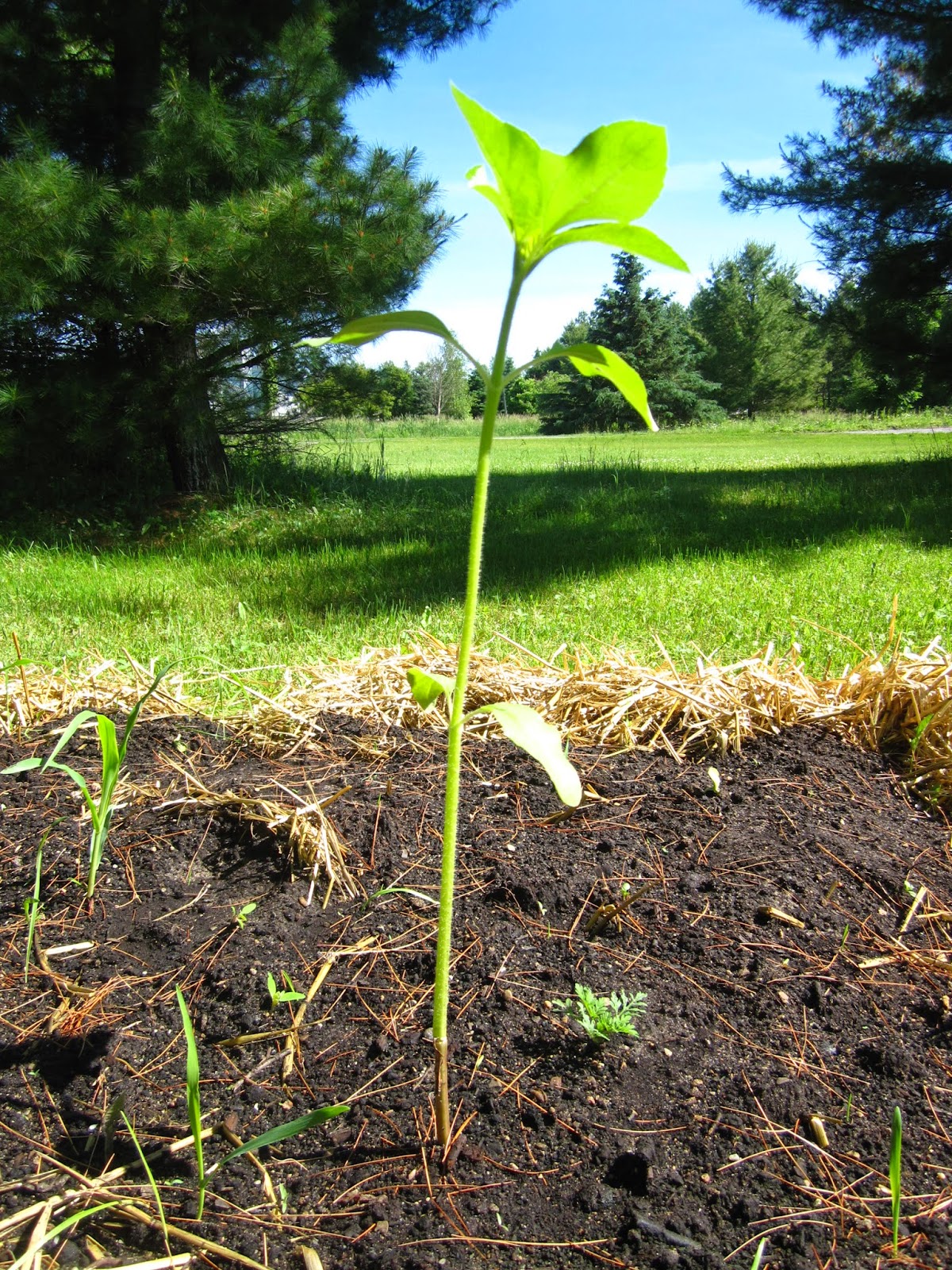 And I have added a fourth sister ... the sunflower.  This can also provide support to the beans if needed.

Unfortunately, it looks like the birds have gotten at the bean seeds.  It is possible they were pushed out of the ground during the recent heavy rains, but I also see beak holes in the soil which leads me to believe it was crows.  I see them around but they have never bothered the rest of the garden spaces.  Is it possible the little bit of corn growing is already putting off whatever it is that attracts birds??

The garden is planted far away from my other gardening spaces as I was concerned about critters - raccoons mostly; though I have never actually seen or heard a raccoon around my property.  But the crows might be a problem so I'm glad it is on the other side of the yard.  It's a bit of an experiment as the space does not get quite as much sun so we'll just see how it goes.