Failures in the Squash/Melon Dept 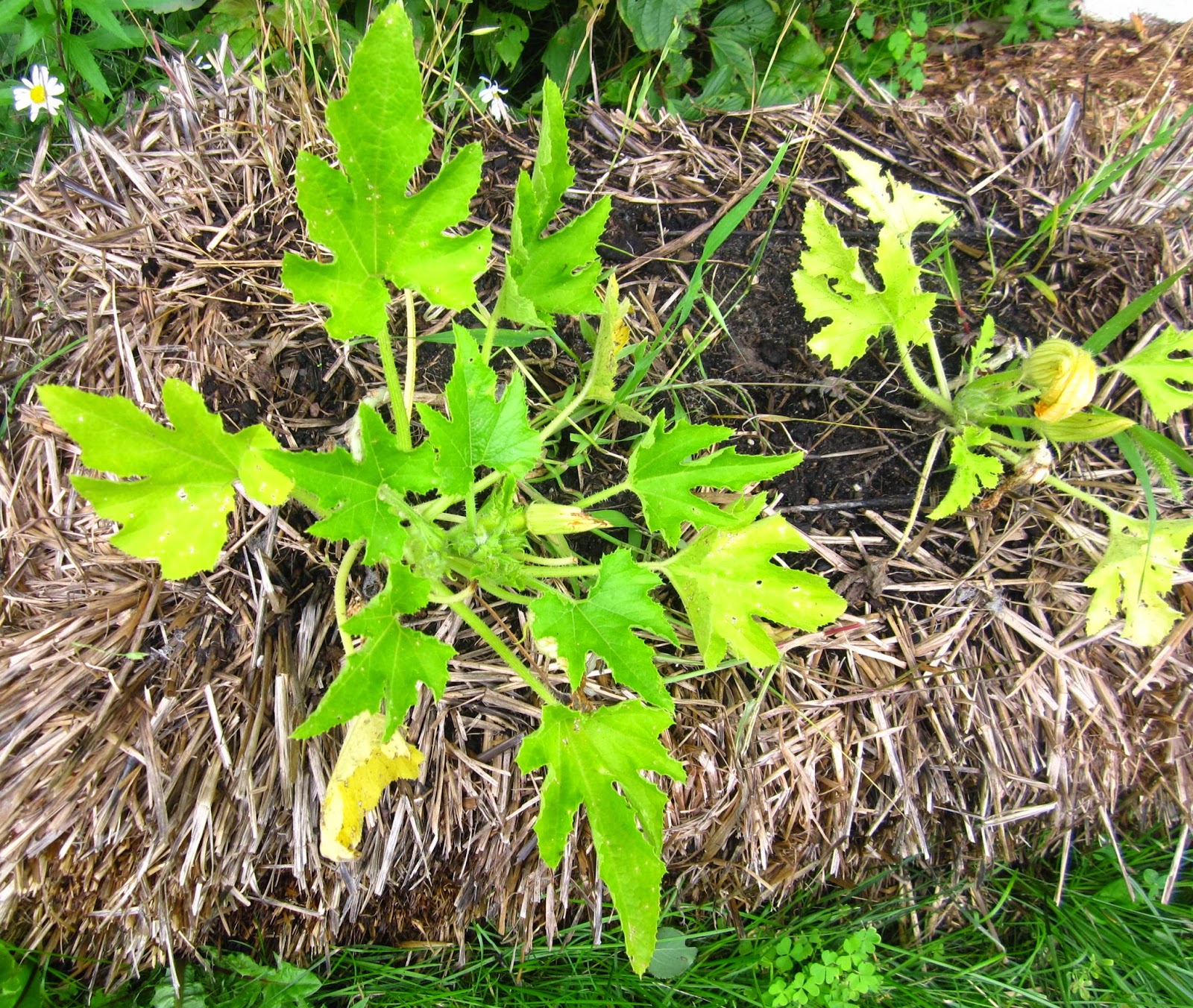 I've been whining a lot about my lack of zucchini this summer - not a single one from about 8 plants!  But it isn't just the zucchini - it is all the plants that I put into straw bales this year including summer squash, pumpkin and watermelon.


They are in the same vicinity as my winter squash which seems to be okay, although not terrific either.  Even in the mess of grass that came up in that area of the garden this year, I still have plenty of spaghetti and acorn squash on the way. 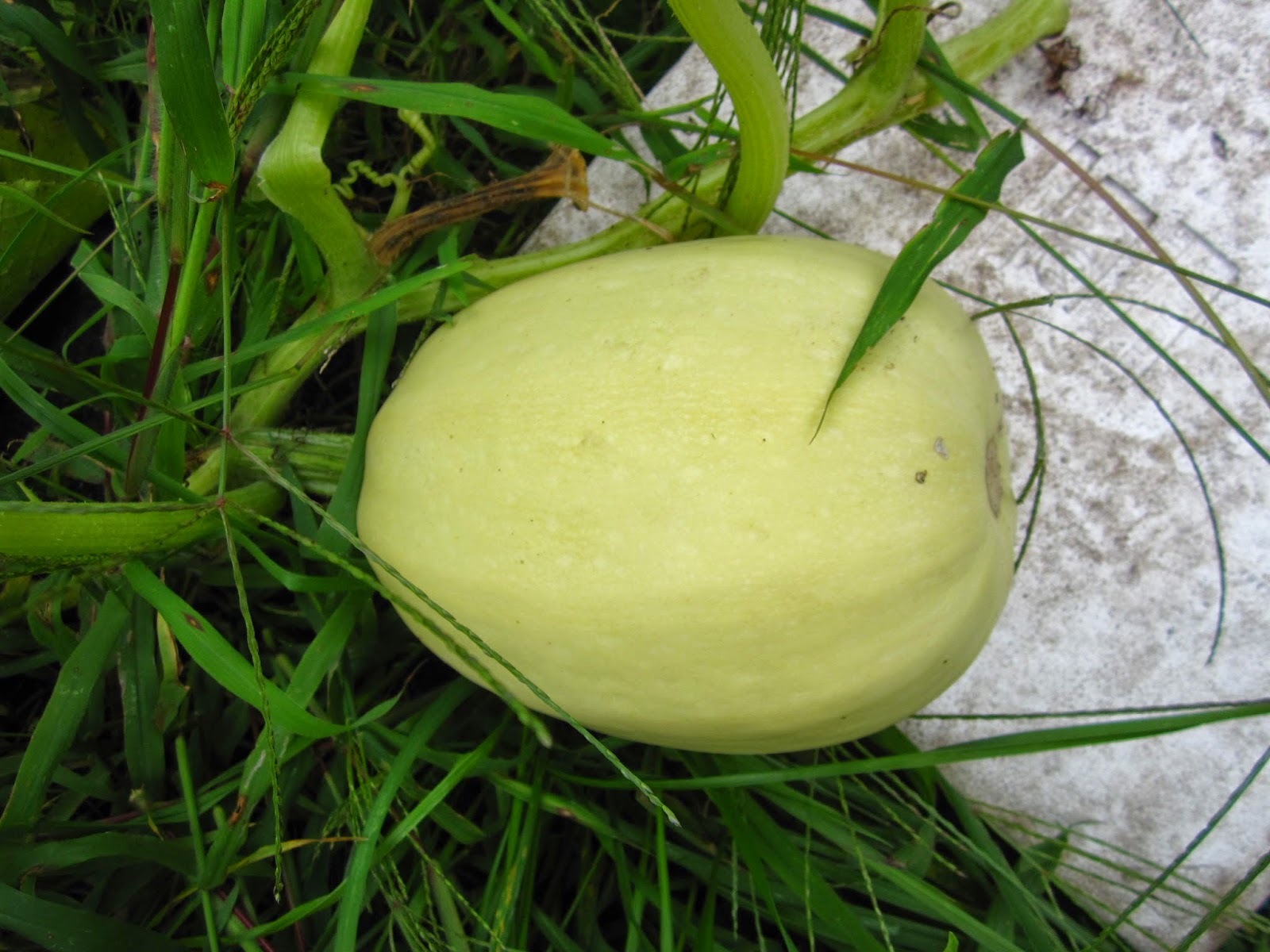 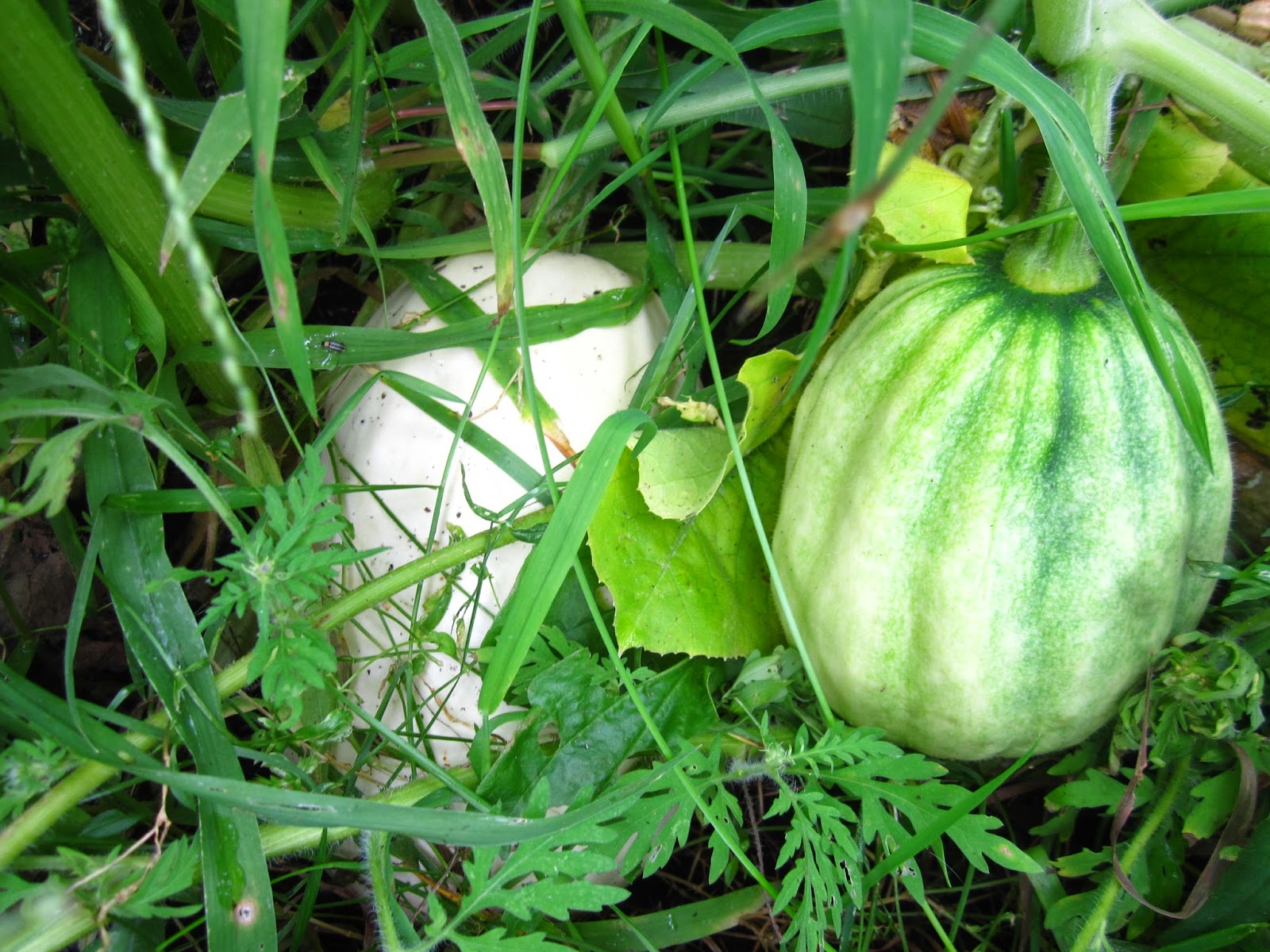 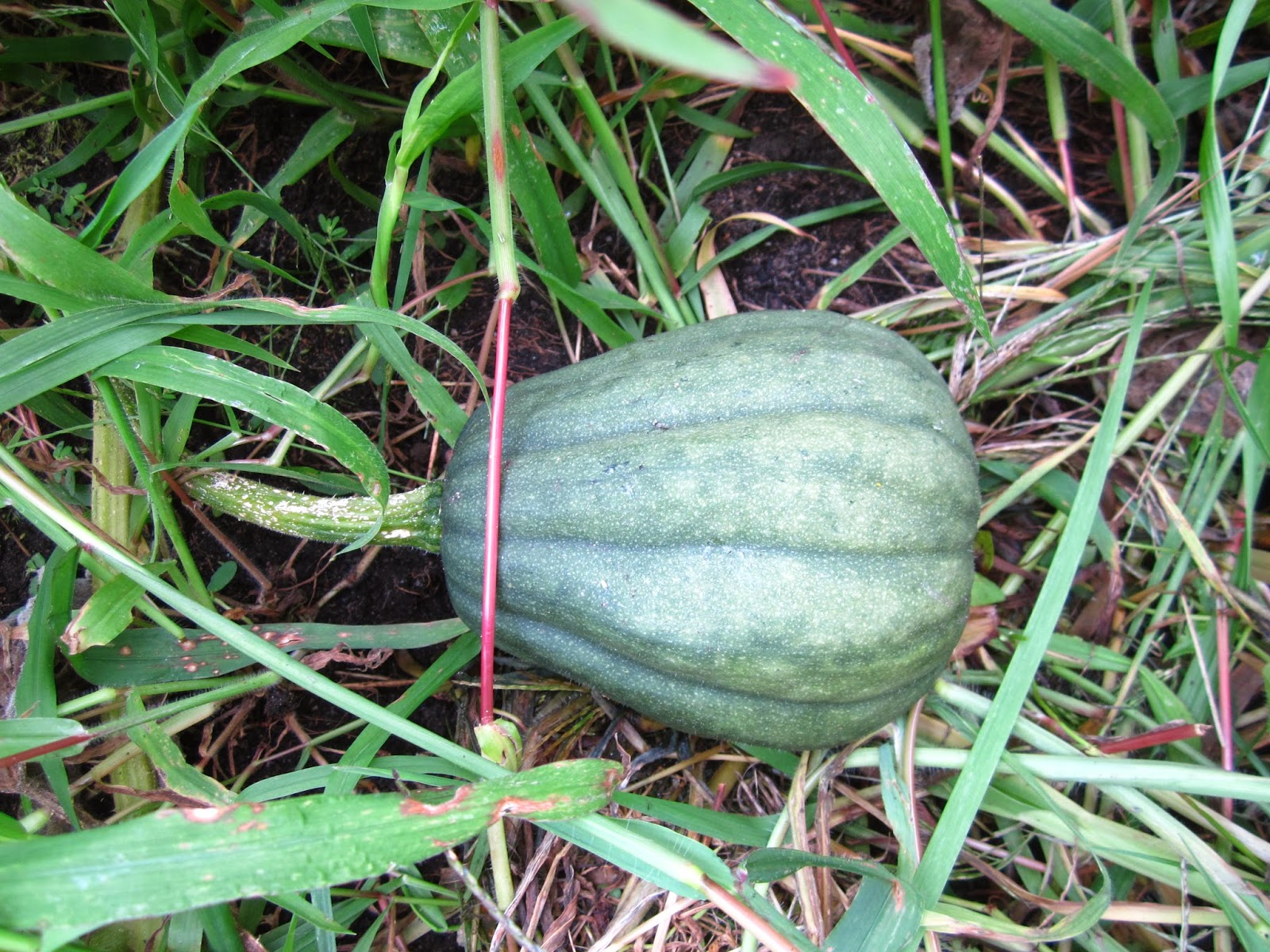 But the butternut squash in that same garden has borne nothing so far and I only have two tiny cantaloupe. 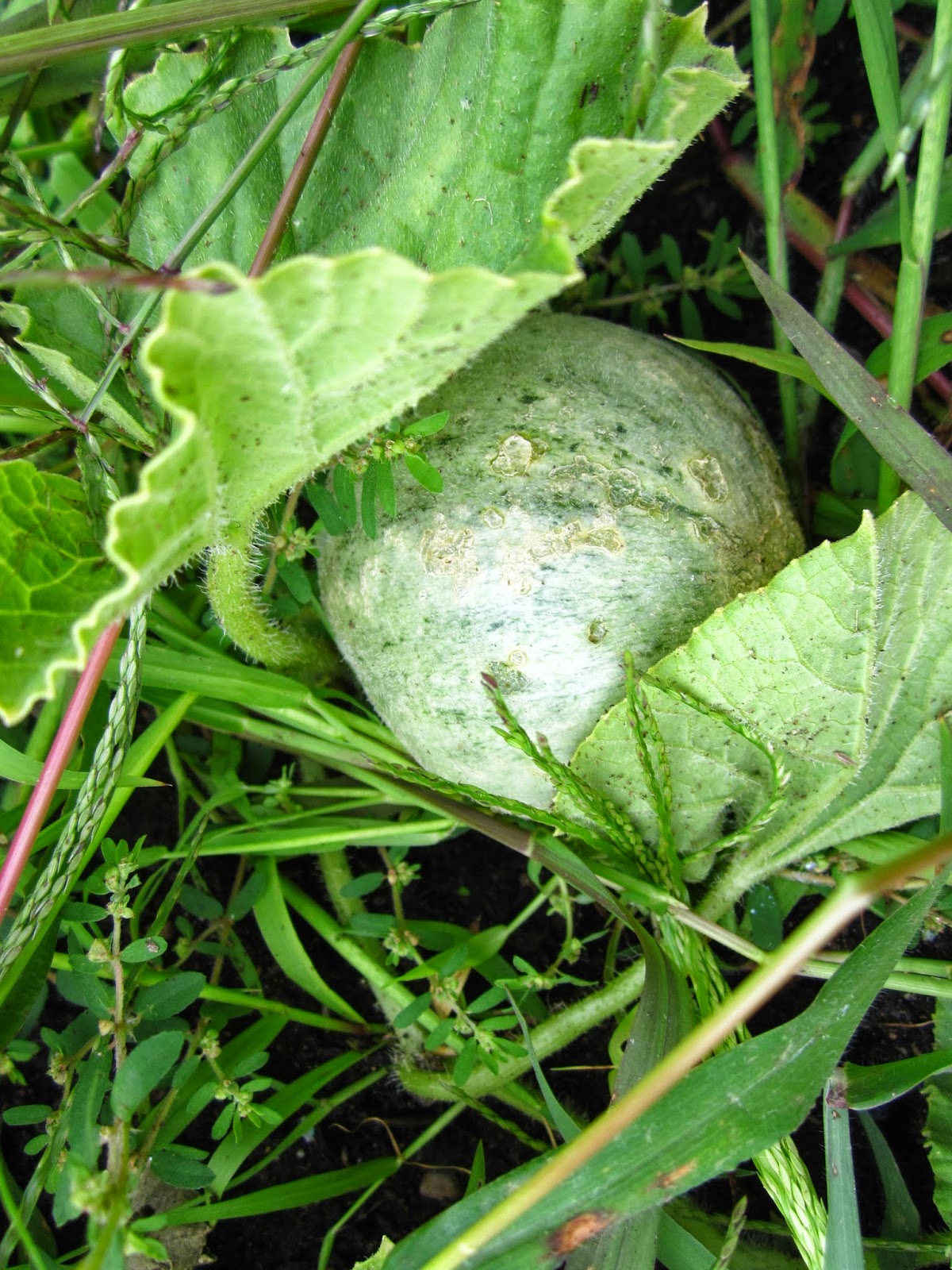 The straw bale plants are tiny ... barely a foot tall when last year some were 8 feet in diameter a month earlier than this! 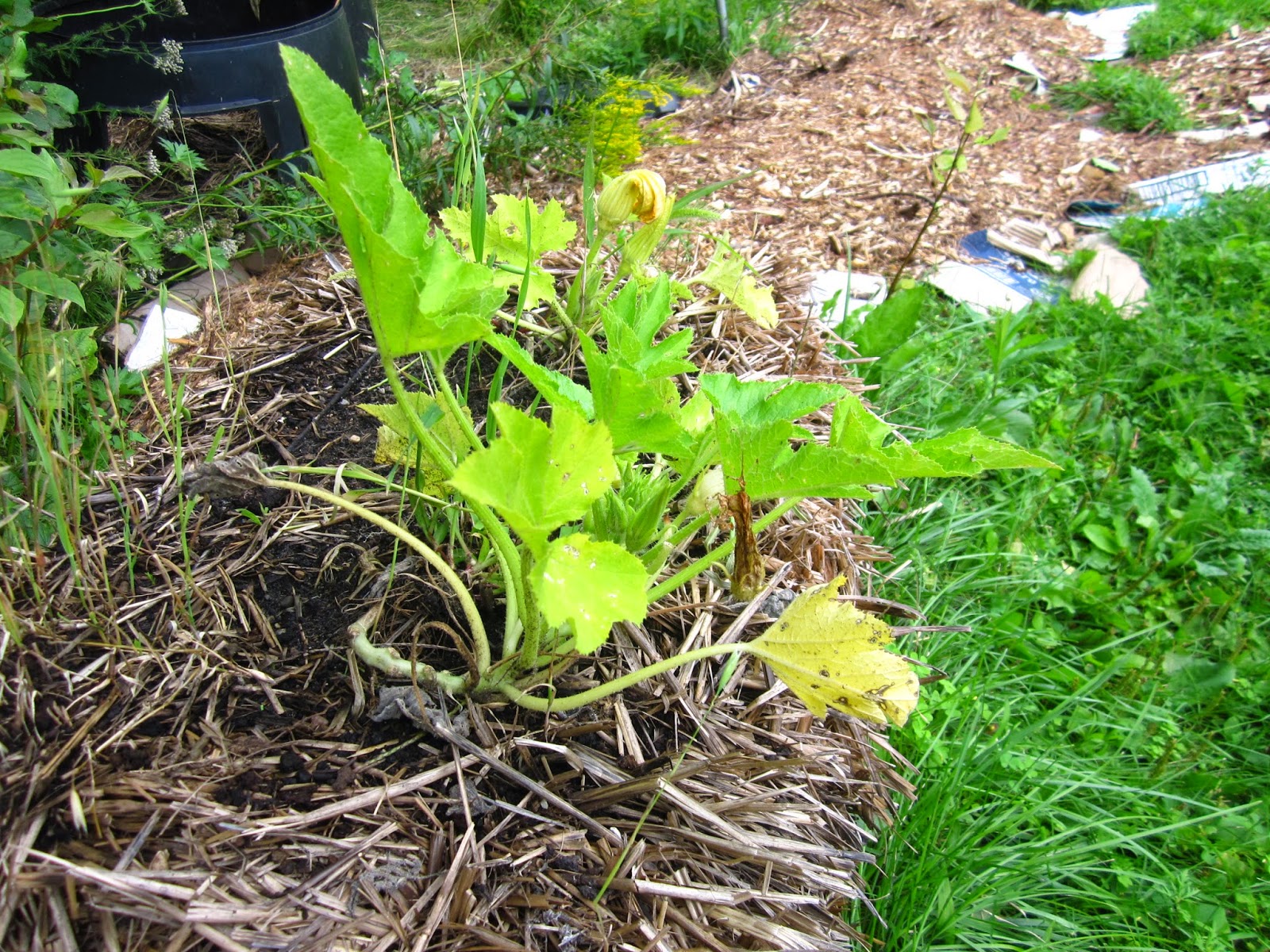 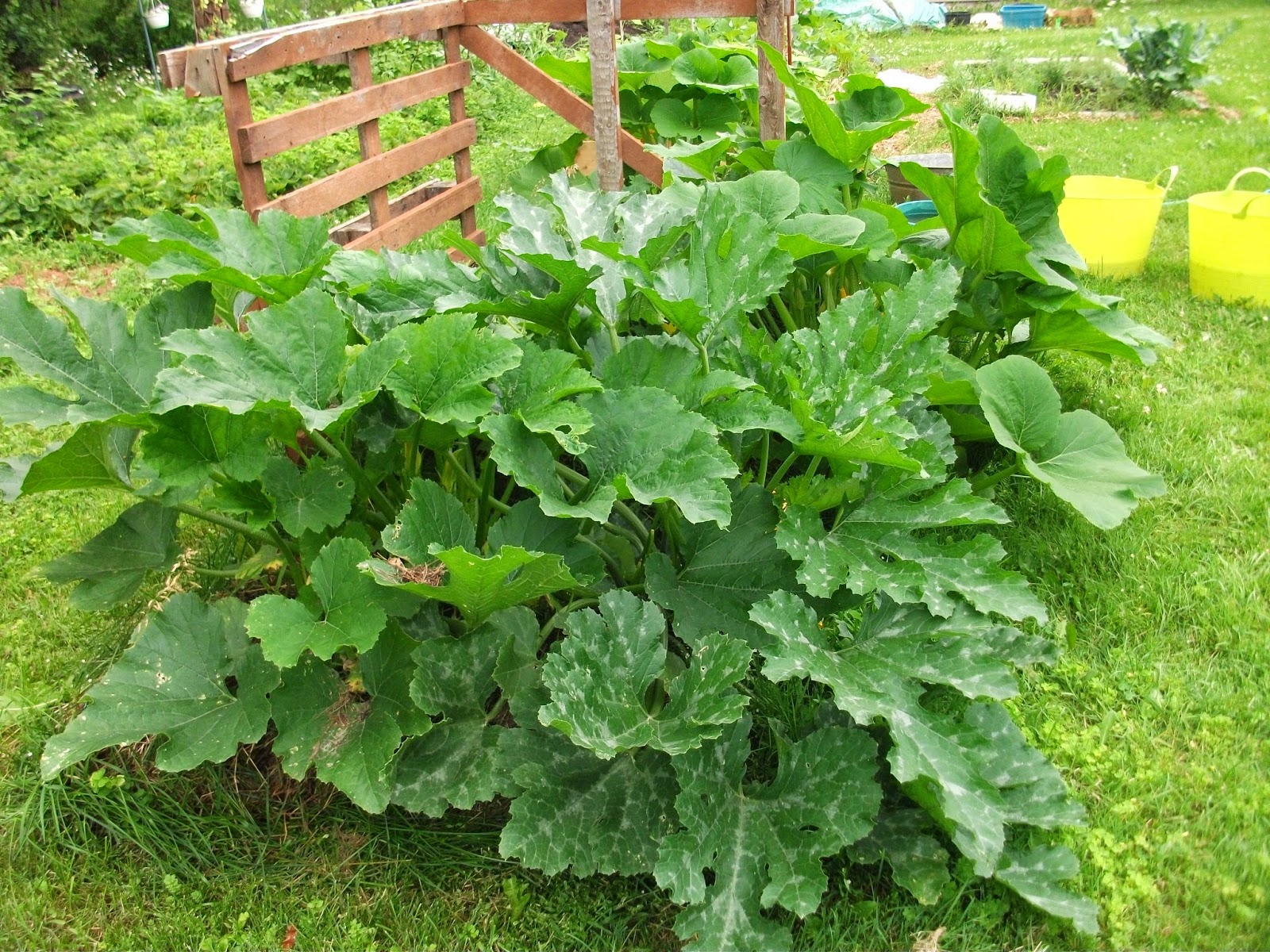 I know that straw bales have much less nutritional value than do the hay bales that I used the previous year.  I added bone meal as well as some organic veggie fertilizer but nothing seems to help.  But I have a friend who has 3 of the same straw bales I do (I gave him three as he was nice enough to lend me his truck to get them) - his plants are perfectly fine!

When posting a previous complaint about this situation, someone asked about bees.  I may have dismissed that problem too soon.  Although the plants are small, they are flowering.  But that doesn't explain why the growth is so stunted - the growth of the vines has nothing to do with pollination.

This is my best pumpkin plant ... I might as well pull them all out.  Even if a pumpkin came up in the next day or two, it will not have enough time to mature. 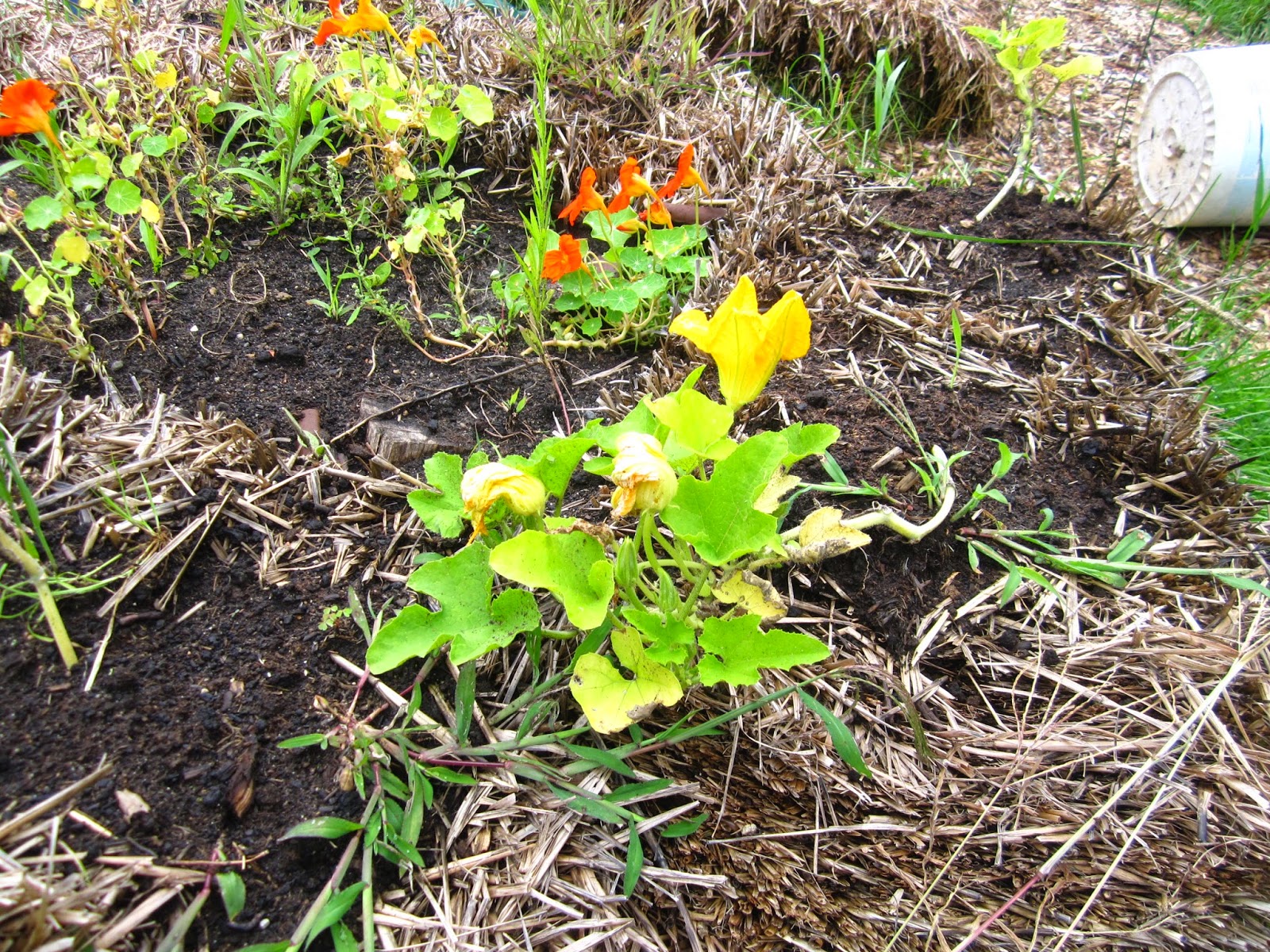 And my only watermelon - again, this will never mature in time. 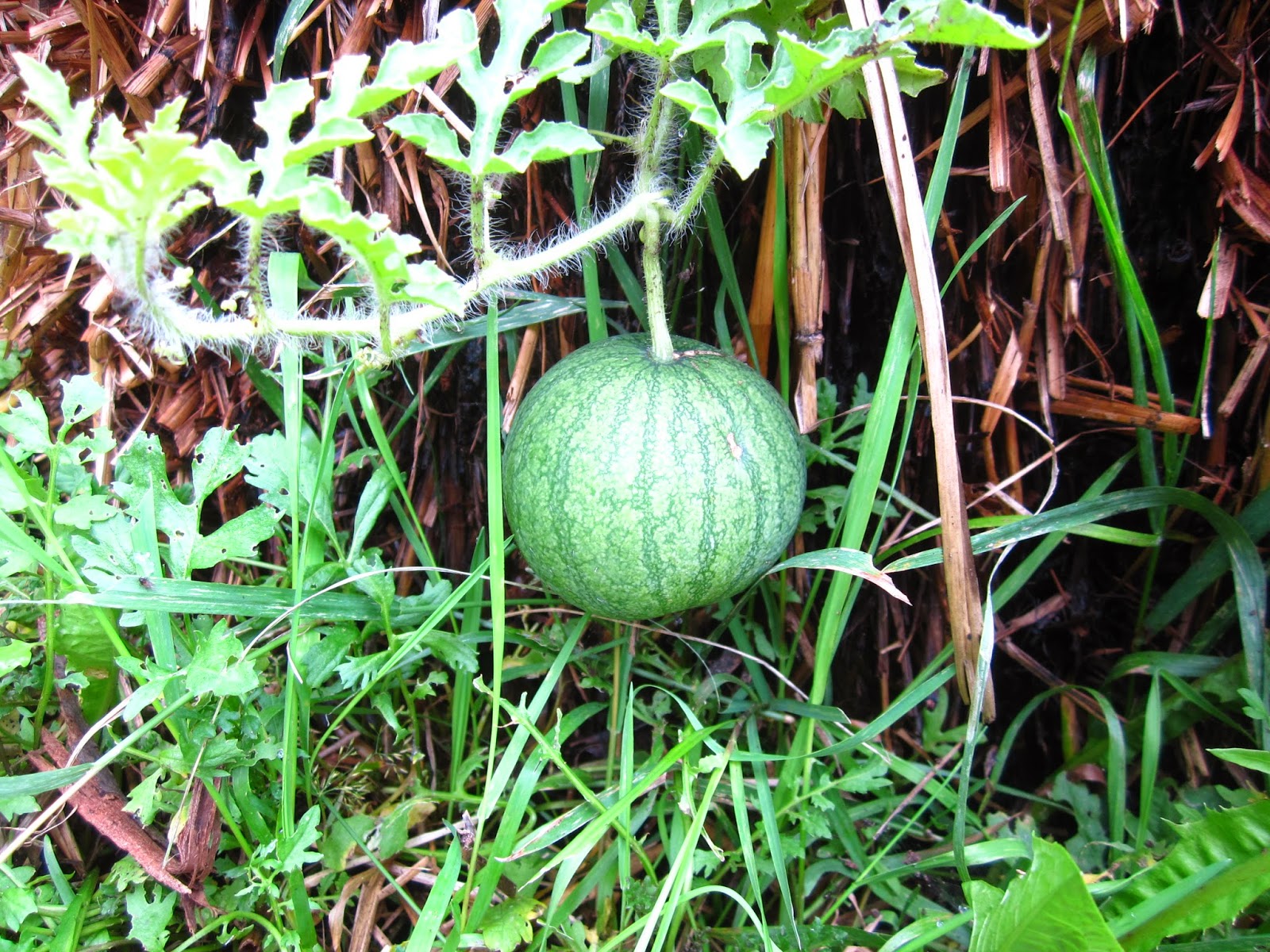 And these are my newest experiment ... mouse melon.  They are essentially baby watermelon that taste like sour cucumber.  I was very excited about these.  I have just a few mouse melon on their way and they don't get very big so are almost mature already.  But the plants (vines) themselves should be massive by now with hundreds of these little guys! 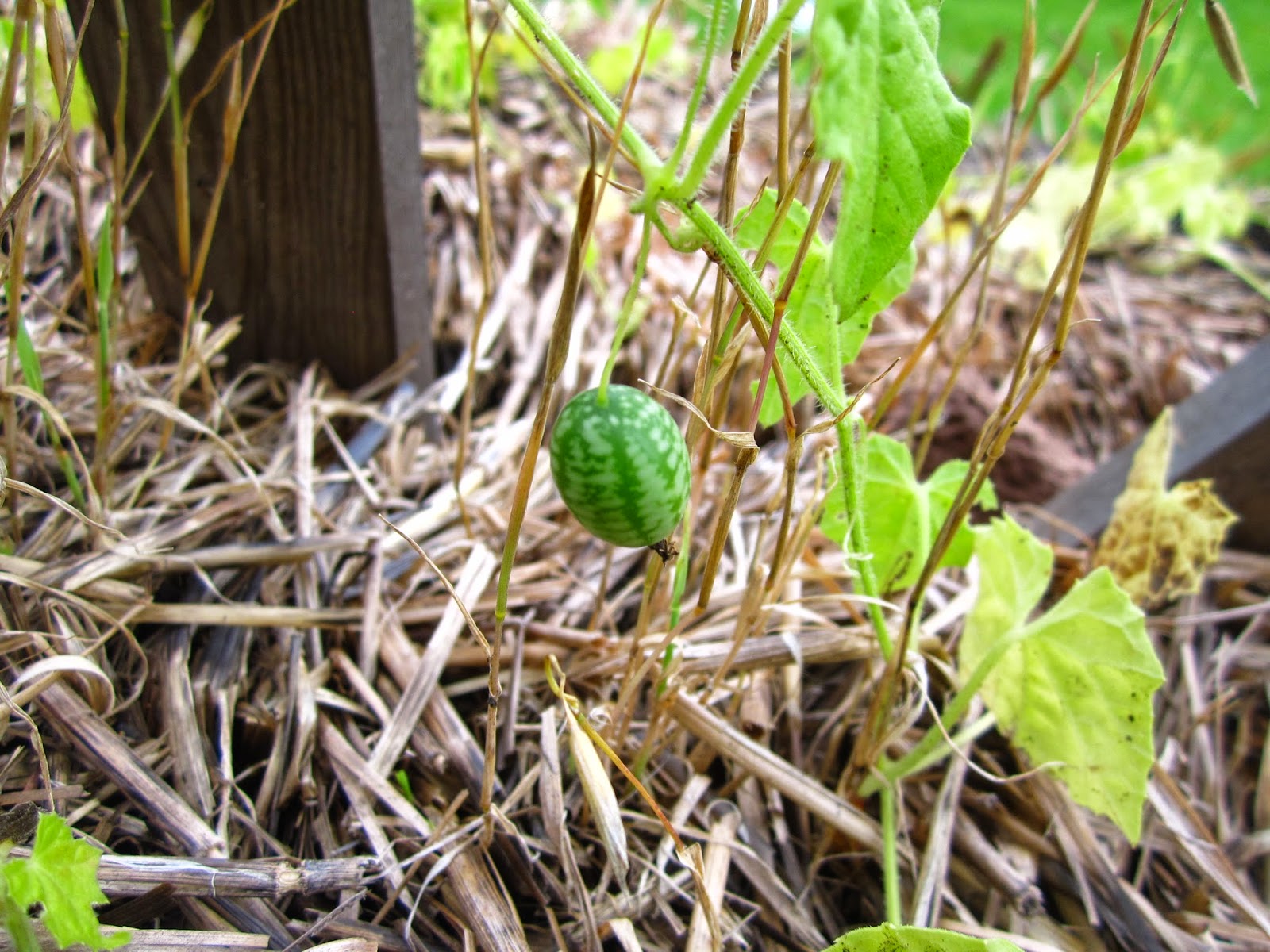 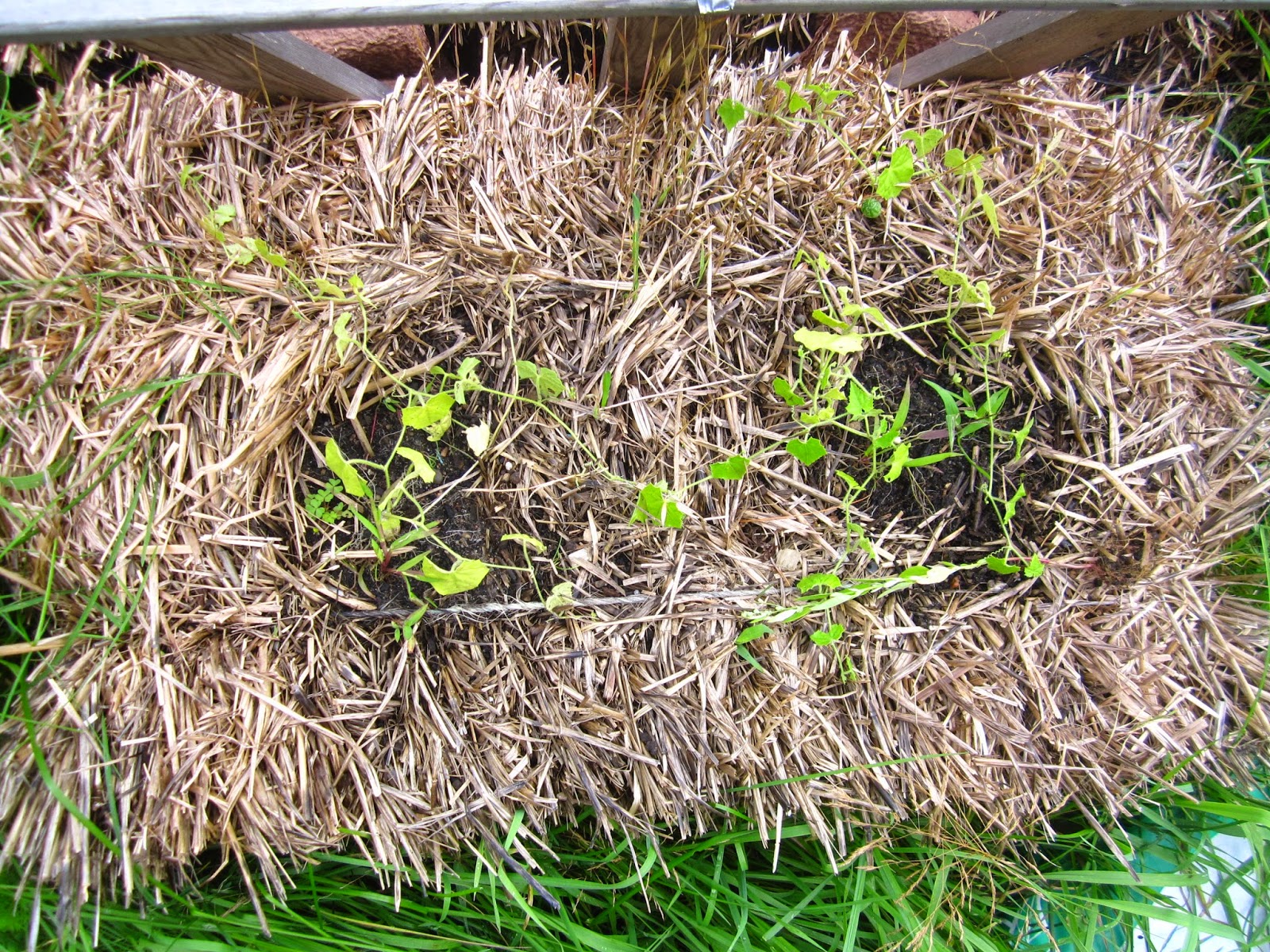 I will definitely get hay next year, not straw.  But I'm not convinced that is the only problem this year. The Red Kuri squash in another garden is equally stunted in its growth.  So maybe it is the very wet and cool summer we have been having? The concept of growing in bales is that between watering and sunshine, the inner part heats up and essentially begins to compost itself providing an appropriate medium for plant growth.  The hay bales last year were totally breaking down by this time; the straw bales are still in perfect condition.

So basically, they were a total failure this year, but always great for a lesson learned to improve upon next year.

And the cool weather has been good for something ... my recent transplants of cabbage, cauliflower, broccoli and brussels sprouts for a fall harvest.  There should be very little chance of bolting if this cool weather keeps up. 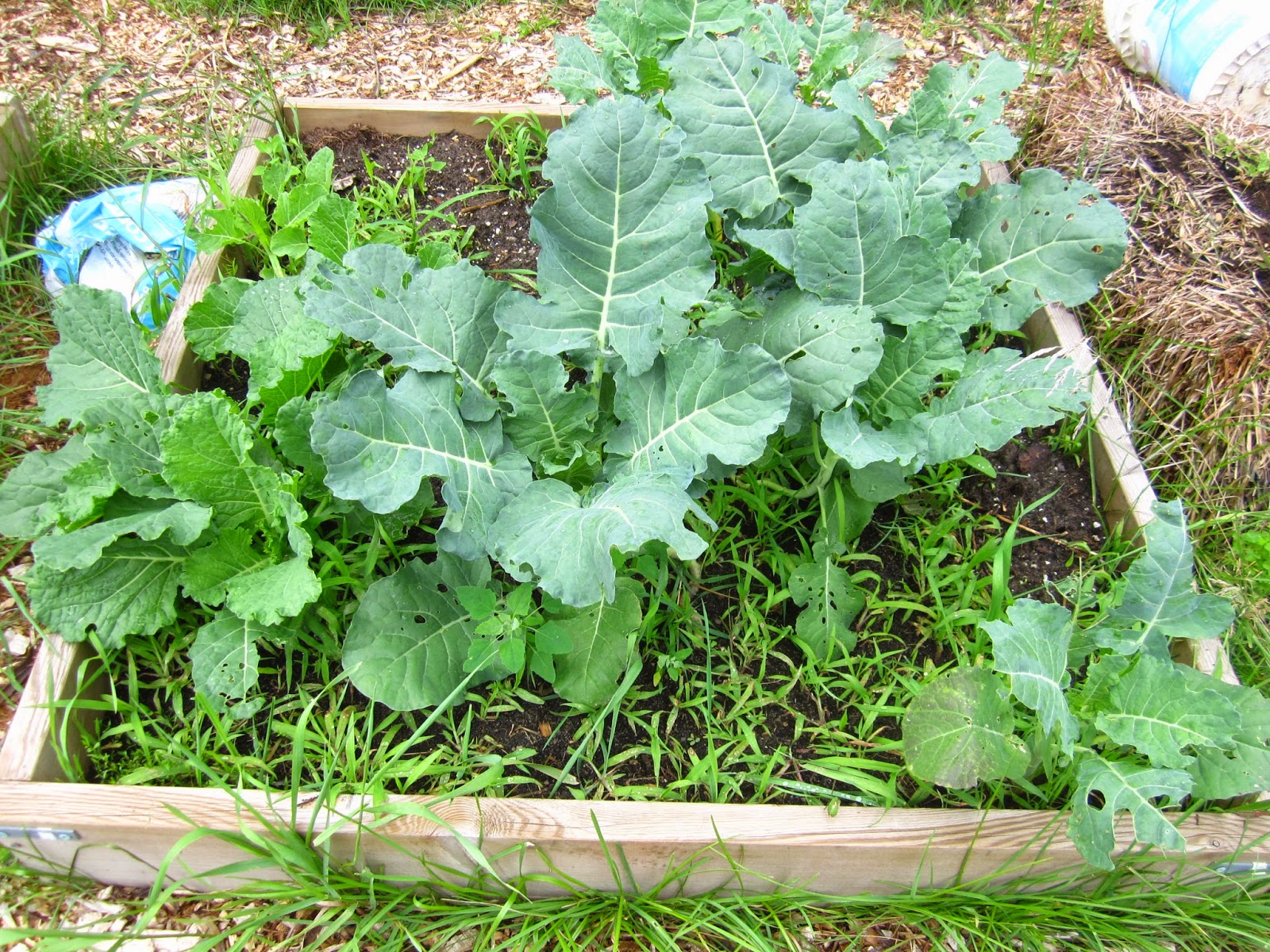 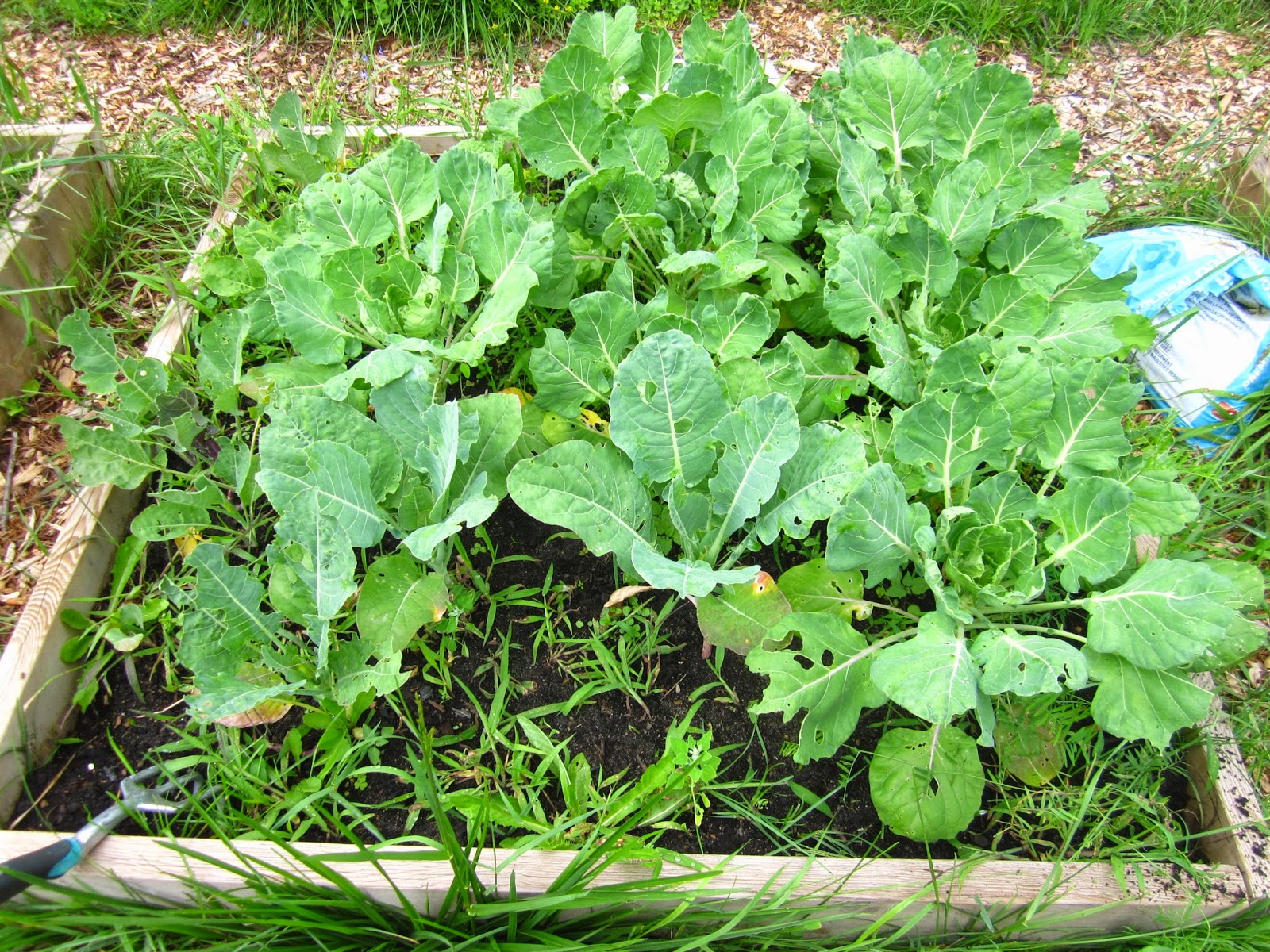