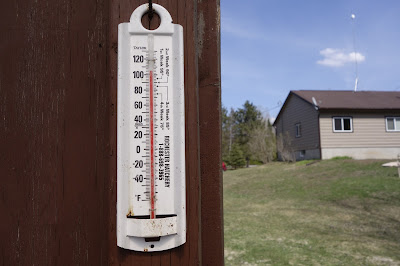 Whoooeee, what a nice day (outside the greenhouse that is).  Inside the greenhouse, however, it was over 100 degrees F (so that's a crazy hot day in Celsius - I know I live in Canada, but the bigger numbers on my thermometer are Fahrenheit, and let's be honest, it sounds far more dramatic than "oh my gosh, it's 37 degrees").

I have not yet received the asparagus crowns I ordered; I thought they should have been here a week or two ago, but just as well since I have other things to deal with such as ... raspberry and blueberry canes.  I love fresh berries without a doubt, but I also like the idea that they can handle a bit of neglect.  Care and proper maintenance will support premium crops, but a bit of nothing will still get you something with these, so long as they get a good start.

I got a bit ahead of myself and purchased a number of plants before spring really took hold.  Once things settled, I realized I didn't have a lot of areas with both well-draining soil and full (or mostly full) sun.  So I'll deal with the asparagus when it arrives, but here are my berry solutions in the meantime:

Raspberries
Raspberries are my favourite fruit, and if only one of my berry plants is successful, I really hope it's the raspberry bushes!  I wanted them to have full sun, but was limited to some soggy areas which berries don't really like. So I created a little raised bed using some logs, added some recently acquired mushroom compost and a topsoil mix I had recently ordered (which itself consists of screened peat, topsoil, and mushroom compost).  Here I was thinking that all that compost would be great for a new planting.   But just before I popped the canes into the prepared area, I thought I'd do a quick web search on best practices.  Well ... wouldn't you know it, but mushroom compost is very alkaline, and berries (like many plants) like acidic soil.  So although I didn't have a soil test kit on hand, I thought I'd better make some adjustments and mixed in some peat moss to balance it out a bit.  And in went the canes ... I promise if they fail miserably, I will provide an update to learn from any mistakes made here! 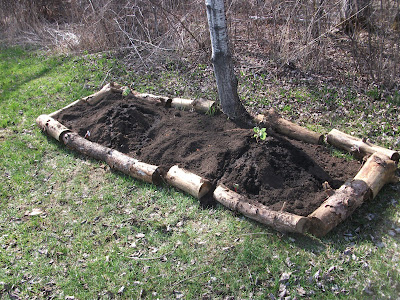 I planted one each of Latham and Heritage types.


Blueberries
I learned my lesson from the raspberry incident and avoided the mushroom compost.  But I also had to contend with a different style of planting.  One of the bushes is a dwarf variety: Northsky.  It is suitable for containers, and I wanted to give this a try but the only container wide enough was also quite tall (blueberry roots apparently are shallow but with a wide spread). 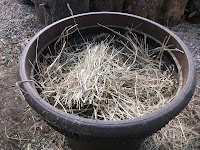 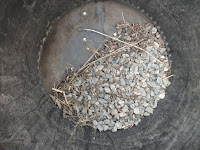 To ensure good drainage, I added some gravel to the bottom of the container, then filled the majority with hay. 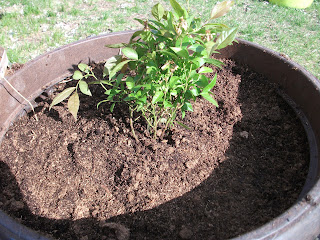 I then added a potting soil well mixed with peat moss to the upper third where the root was then situated. 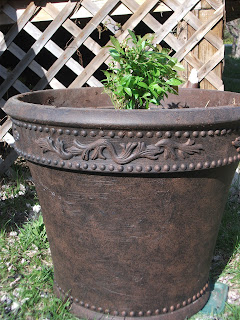 The second blueberry cane has not yet been planted, but the variety (Blue Ray) is a full size plant (average six feet in height) so is not suitable for a container.  However, I intend to plant it nearby the container of Northsky berries.  Although both are supposed to be self-pollinating, I have read that cross-pollination with different types can increase yield.